An all-day venue opened by Arctic Monkeys drummer Matt Helders and a New York bar created to surprise the city’s imbibers both feature in our round-up of the hottest new bars to open in February.

As February saw Valentine’s Day celebrations sweep through the on-trade, the world’s imbibers were left with no shortage of hot new bars to visit while impressing a date.

Take a look at our gallery of the hottest bars to open in February.

Did you miss our round-up of January’s best bars? Take a look here. 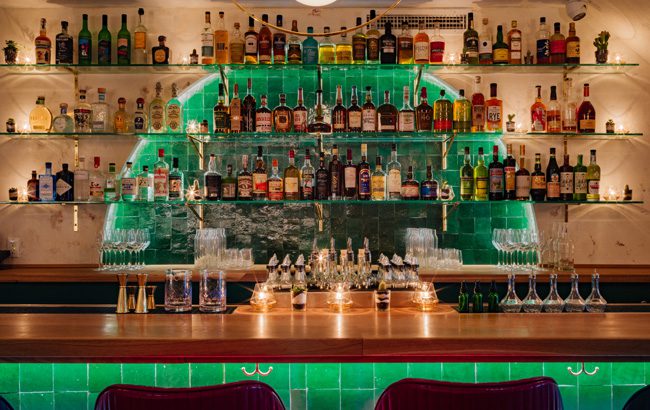 The “playful yet thoughtful” cocktail menu has been designed to surprise imbibers, with drinks such as The Party Lobster combining fermented habanero, savoury garlic, watermelon, lime, and a blend of agave spirits.

The Art Deco-inspired space is filled with emerald green details and features a VIP room designed to make drinkers feel as if they have stepped onto the set of A Clockwork Orange. 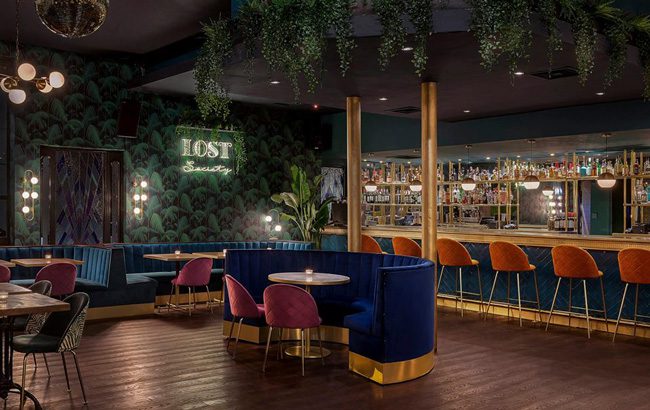 The space has received an Art Deco-inspired makeover, featuring vibrant colours and a luxurious garden terrace where imbibers can enjoy a host of innovative cocktails and mouth-watering food.

Highlights on the bar’s cocktail menu include The Buck Stops Here, made with vanilla vodka, sea buckthorn, vegan foam and Buckfast Tonic Wine, and the Rhubarb’ra Windsor, which combines rhubarb gin liqueur, rhubarb juice and Prosecco. 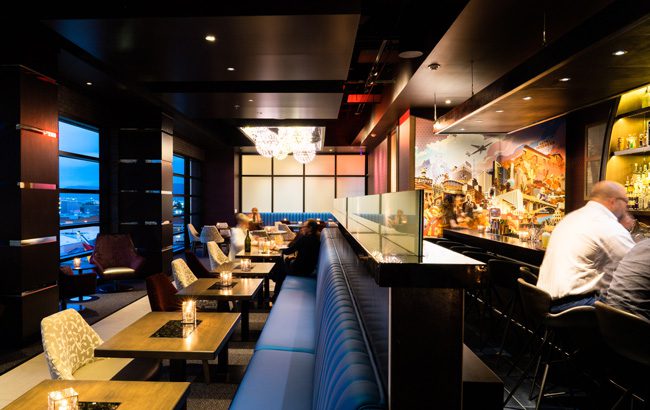 Little Rituals burst onto the cocktail scene in Phoenix, Arizona, this month, serving up complex cocktails with an emphasis on fortified and aromatised wines – such as vermouth and Sherry.

The menu features 30 cocktails separated between six sections: Daily Rituals, which includes Boilermakers and a grapefruit-finished Session Martini; Delicious Rituals, where drinkers will find the citrus and curry-spiced Daiqurry; Cooling Rituals, home of the cucumber-y Touch of Evil; Stirred & Silky Rituals, which features elegant twists on classics; Indulgent Rituals, including the Cartographer made with overproof rum, cardamom and creole bitters; and Shared Rituals, an ever-changing selection of punches. 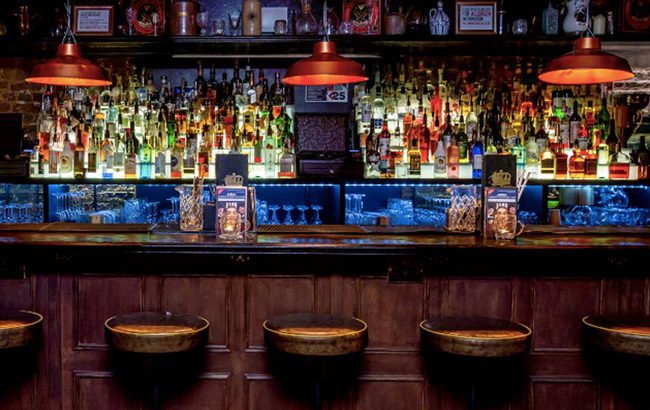 The latest venue from the London Cocktail Club (LCC) flung open its doors on London’s Worship Street, taking over the site formerly held by the Worship Street Whistling Shop.

The secret garden-inspired venue brings LCC’s signature serves to Old Street, as well as an enchanting wisteria tree hanging from a mystical wall of mirrors. 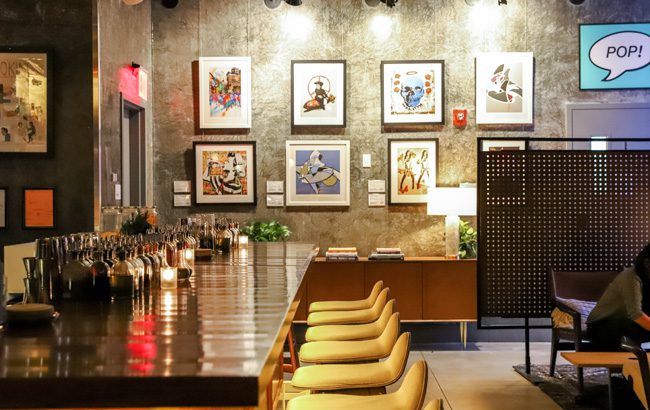 The hotel’s newly reimagined lounge offers imbibers a crafted drinks menu that mimics the subway stops throughout the city, allowing guests to experience a taste of each of New York City’s different neighbourhoods.

Guests can enjoy a taste of each New York borough in a space featuring a contemporary design that includes warm wood finishes, high ceilings and exposed lighting. 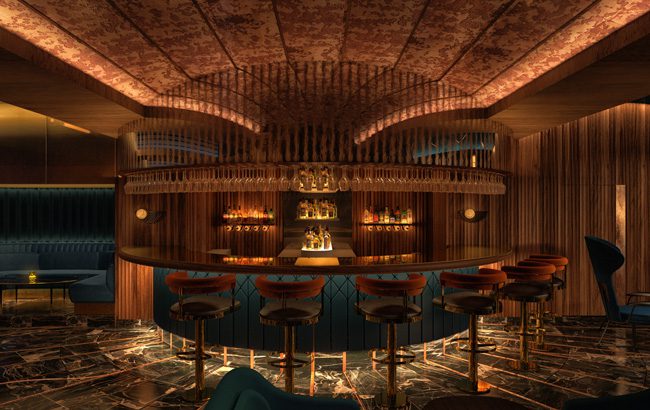 The 3,500-square-foot venue comprises rich dark greens and bronze fabrics, intimate booths and low atmospheric lighting. In honour of the space’s musical heritage, a stage placed at the entrance of the venue faces a back-lit curved bar. 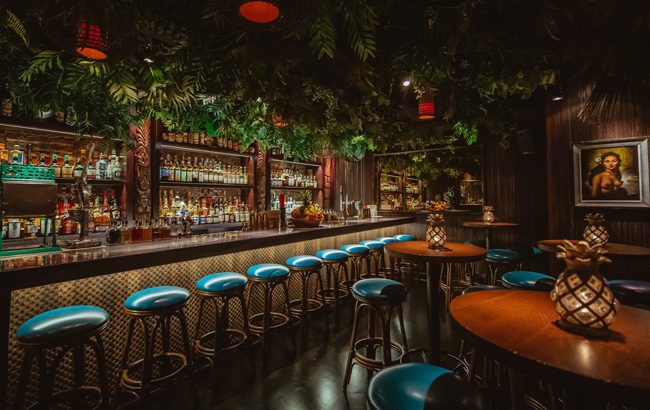 The Bamboo Room became Chicago’s newest tiki den when it opened this month.

The 22-seat rum-focused venue is led by beverage director Kevin Beary and offers an extensive list of rums and cane spirits alongside expertly crafted cocktails.

As well as a bespoke table-side Daiquiri service, The Bamboo Room menu is made up of simple, well-balanced stirred rum cocktails, such as a clarified Banana Ti’ Punch and the Dry Rum – made with freeze-dried Sherry and dehydrated bitters. 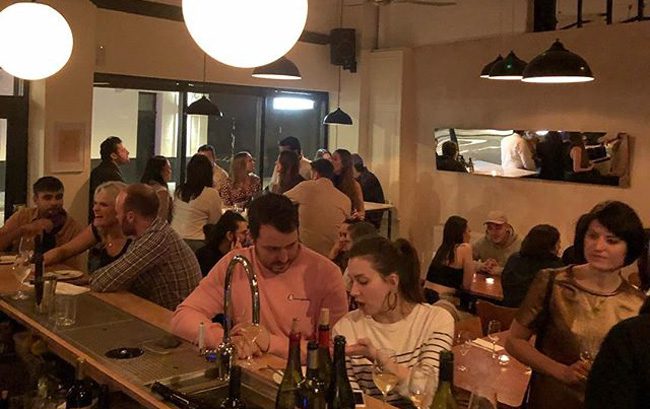 The Venning brothers partnered with former Dinner by Heston bartender Brodie Meah to open Top Cuvée, which specialises in apèritifs, wines from small producers and boasts a list of craft beers

Alongside the drinks offering, Top Cuvée serves a food menu created by head chef Dan Miller, formerly of Naughty Piglets, which has been inspired by the wine bars and small eateries of Paris. 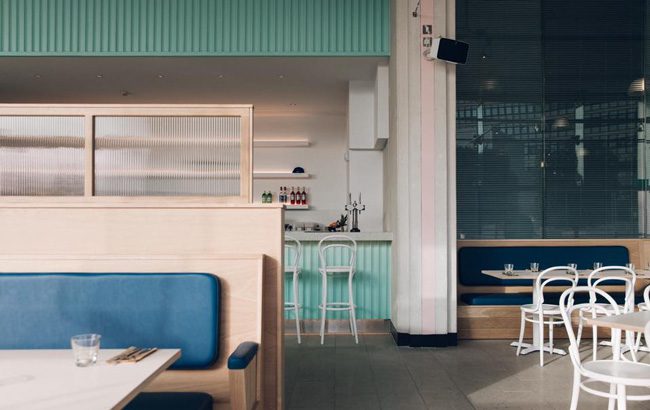 Opening inside the Millennium Galleries in the centre of Sheffield, Ambulo saw Helders partner with The Rockingham Group’s James O’Hara and James Hill to develop the space, which is open for breakfast, brunch, lunch and dinner.

The food menu has been created by head chef Tom Aronica and is served up alongside a host of cocktails on tap developed by Public general manager Jack Wakelin, such as Espresso Martinis, Palomas and Old Fashioneds.