US shutdown: ‘Long-term implications’ for spirits

The government shutdown in the US has had a troubling effect on drinks producers in the country and overseas. While large firms might be weathering the storm, for smaller companies times are tough. 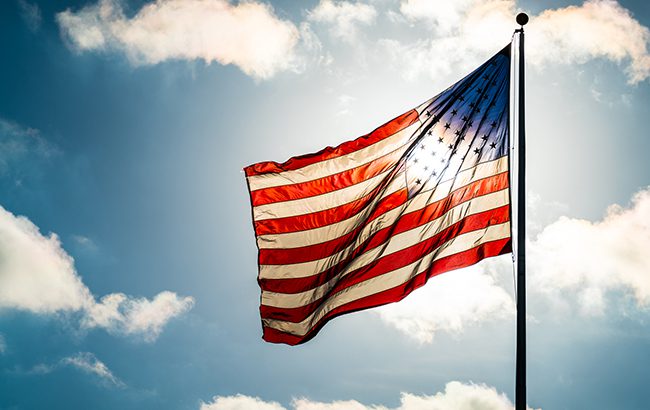 *This feature was originally published in the February 2019 issue of The Spirits Business. (Update: Democratic and Republican negotiators have agreed to finance construction of new barriers along the US-Mexico border as part of a deal to avoid a second government shutdown)

The recent partial shutdown of the US federal government was the longest on record, closing for 35 days from 22 December 2018 until it temporarily reopened on 25 January. Unfortunately, the end of the shutdown – as it stood at the time of writing – is only the start of relief for alcohol producers who need label approvals from the Alcohol and Tobacco Tax and Trade Bureau (TTB).

The closure took place because of a political gridlock regarding US$5 billion of federal funding for president Donald Trump’s proposed border wall between the US and Mexico. As Congress was unable to find a resolution to the president’s demand to add US$5bn to a spending bill before the deadline, nine executive departments were shut down either partially or in full.

Hundreds of thousands of government employees of agencies deemed non-­essential were made to take temporary, unpaid leave until politicians could agree on a funding bill.

On 25 January, following five weeks of uncertainty, Trump conceded to political pressure and backed a deal to fund federal agencies for three weeks, but it did not include any of the money he had demanded for the border wall. The agreement will provide aid for about 800,000 federal workers who have been furloughed or who have worked without pay.

Despite the temporary reopening, the impact of the shutdown can be felt in the alcohol industry. Because of the lapse in funding, the TTB, the government agency responsible for approving bottle labels, shut its doors and suspended its approval process for new alcoholic beverages. However, the agency continued accepting applications for approvals via its website during the shutdown. This is a cause of concern for distillers who are required to submit new labels, as well as existing ones that have undergone changes, to the TTB for a Certificate of Label Approval (COLA), so they can legally sell their products.

As a result, distillers have lost revenue they will never recover, and they will continue to lose money while they wait for federal agencies that process labels, distillery permits and small business loans to clear a backlog built up during the shutdown. The TTB will have a substantial pile-­up to work through, delaying new releases coming to market.

“The first of the year is when distilleries are starting to look at getting their labels approved for releases later in the year, so that’s holding up a lot of those right now,” says Eric Gregory, president of the Kentucky Distillers’ Association.

The TTB’s average processing time for a distilled spirits COLA is normally less than two weeks. As of 28 January, that is up to 36 days. Last year, the federal government received 192,000 applications for new labels of wine, spirits and beer.

“It has sent a shockwave through the craft spirits world,” says Margie Lehrman, executive director at the American Craft Spirits Association. “There will be a tremendous backlog on the pending labels that are there.”

Jim Hough of whiskey distillery Liberty Pole Spirits in Washington, Pennsylvania, is one of the industry members affected by the shutdown. Hough planned to release a peated rye whiskey that he had been working on for more than a year. The expression was due to launch in January, which “tends to be a very slow period for craft producers”. “We’re in limbo right now,” says Hough. “We don’t know when our label will be approved, and when we’ll be able to release the whiskey.” The new label was submitted on 1 January, during the shutdown. “We were very busy during the holiday season, and as a small family­-owned distillery, we all wear many hats; there just wasn’t enough time to get the label designed, completed and submitted during our busiest time of the year in November and December,” he adds.

The disruption can also be felt in countries that export whisk(e)y to the US. Louise McGuane of Ireland’s Chapel Gate Whiskey Company had planned to launch JJ Corry The Flintlock Irish whiskey – the firm’s first 16-­year-­old single malt – in the US, and had submitted changes to the label design in November 2018 for a new 750ml format. The product was available for advance order before Christmas, with the plan to launch it in January. “The issue with the shutdown is that there is a backlog of several weeks and I have no idea where we are in the backlog,” says McGuane. “The timing could be very significantly affected. St Patrick’s Day (17 March) in the US is a very big push for Irish whiskey. I’ve got to get it in before then but the clock is ticking very loudly.”

McGuane also says the closure is having a greater impact on smaller producers. “This is a very different conversation to Diageo or Pernod Ricard, who have huge compliance departments,” she says.

“When you’re a teeny tiny brand like ours, things take a little big longer because we’re trying to be reactive to the market. For small craft businesses like mine, that’s how you operate; you do things in a way that are opportunistic and you don’t expect the government to shut down for weeks.”

In addition to delays in the labelling process, the shutdown has also prevented new distilleries from coming online.

“It’s really affecting the newer distilleries that are still awaiting their permit because the way it works is that you have to actually have a building and you have to be either paying a mortgage or a lease payment for your building,” adds Hough. “So I feel bad for those guys that haven’t yet opened up; they’re paying all the fixed costs for their building and equipment, and who knows when permits are going to be approved.”

Lehrman also notes that many small craft producers are “not yet working at a point where they are operating in the black”. She says: “To open a distillery, on average, we’re looking at anywhere from US$1 million to US$3m. Most small craft producers in the US have fewer than 10 employees, so they keep operations up and running. If you’re suddenly unable to launch, and to put on shelves a product that you’ve created and bottled, that has a massive impact for a distillery.”

Lehrman believes the shutdown “will have long­-term implications on the spirits industry and beyond”. She says: “We need to at least make the government aware of the economic loss it will have.”

Besides affecting alcohol producers, Lehrman says the shutdown will have “great consequences” in other areas. “What is ultimately put on a store shelf is also in a bar or restaurant and touches so many components. So the other people who are really hurting in this are the designers, the transportation companies – because they’re not moving as much product – right down to the consumer.”