Americas bars to visit in 2019

The Americas has long pioneered the cocktail boom. Tyler Wetherall highlights the bars that will be taking things to the next level in the coming months.

Nearly a quarter of all Americans choose to drink a cocktail when out with friends. That’s as good a sign as any that US bar culture is still exploring the possibilities of the well­-mixed drink.

That said, consumers are drinking differently than they did in the first zenith of the cocktail renaissance, and the new crop of bars reflects those changes. Just look at the broader presence of high-­quality non-­alcoholic drinks on menus – such as those found at Kumiko, included here, or another Chicago opening, Young American – or the less-­is-­more approach that is now widely adopted, whether in presentation or service.

In developed cocktail cities in the Americas, there has been a shift away from the performative bartending practices of the past to something more restrained, even relaxed, resulting in a range of noteworthy new bars offering what is ostensibly a high-brow but low-key cocktail experience.

Click through the following pages to discover the America’s top bars to watch in 2019.

Not to be missed: Existing Conditions – New York, US 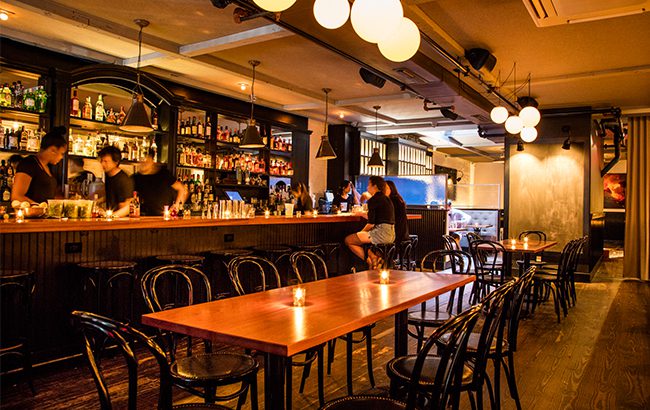 Opened in mid-­2018, Existing Conditions comes from a powerhouse team of leading molecular mixologists, namely Dave Arnold (Booker & Dax), Don Lee (formerly PDT) and Greg Boehm (founder of Cocktail Kingdom and Mace). To an outside observer the bar looks like any other Manhattan joint: white brick walls and black chairs. The most standout visual detail is the vintage soda machines dispensing pre­-bottled cocktails. All drinks, including the non­-alcoholic, are priced at US$15 and are served garnish-­free by bartenders dressed in black.

The cocktails, however, employ the full gamut of scientific methodology its owners are renowned for, from ‘nitro-­muddling’ to Arnold’s own invention, the Spinzall centrifuge, with a section of the menu passed through the bar’s custom carbonation system. These technical shenanigans remain unseen, quite literally, behind a curtain in the lab. The vending machines and the focus on prep all facilitate a faster pace of service – a rarity at molecular cocktail bars.

As consumers become increasingly aware of the amount of craft that goes into a cocktail, the team at Existing Conditions clearly view the pomp and performance once associated with molecular drinks as unnecessary. What matters, quite simply, is what’s in the glass.

Existing Conditions has been named our overall Americas Bar to Watch in 2018.

Jewel of the South – New Orleans, US 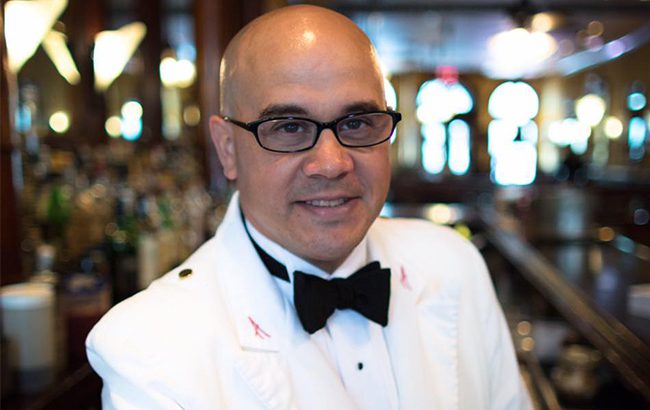 It’s hard to imagine Arnaud’s French 75 without Chris Hannah (pictured above) – in his white tuxedo, black bow tie and spectacles – standing steady at its helm, as he has been for the past 14 years. He saw the institution through to its 2017 James Beard Award for Best American Bar.

But in July, Hannah worked his last shift so he could turn his attention toward Jewel of the South, due to launch this December. For the venture, Hannah again partnered with Nick Detrich, having previously opened pocket-sized Cuban bar Manolito together. The fine dining restaurant will be furnished with antiques including a Victorian­-era bar imported from London — where Hannah will presumably preside. 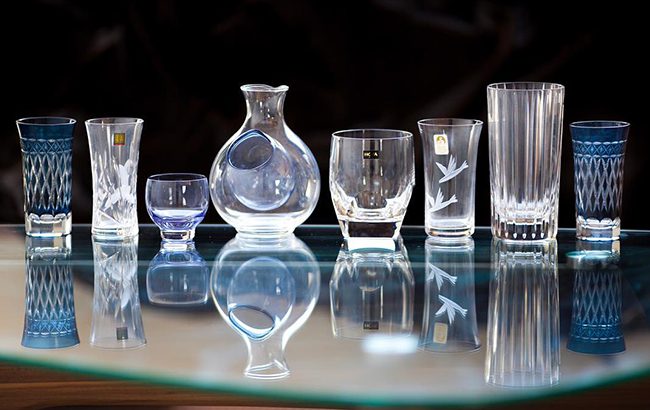 Interest in low­- and no-­alcohol drinks shows no sign of slowing down. A key champion of the trend has been Julia Momose, a Chicago bartender who, in 2017, penned a manifesto urging bars to broaden their booze-­free drinks programmes and to use the term ‘spirit-­free’ rather than ‘mocktail’. Now she is creating her own bar, Kumiko, in Chicago, which will, naturally, have a leading spirit­-free list.

Momose, who was born and raised in Japan, is embracing a Japanese approach to cocktail craft with her drinks menu, offered either à la carte or omakase style. The name ‘Kumiko’ refers to an intricate Japanese woodworking technique — a nod to Momose’s detail­-driven approach to drinks creation. The opening date is yet to be decided. 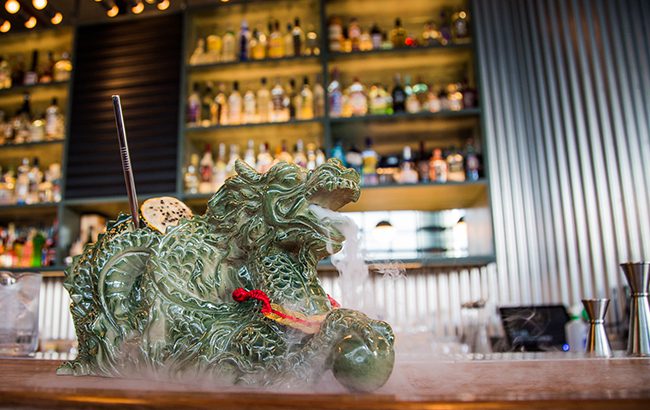 Since opening in December 2017, there has been a buzz around Carnaval, a leading light in Peru’s nascent craft cocktail scene.

.Bartender and founder Aaron Díaz – who previously led the drinks team at Astrid y Gaston restaurant – spent close to a decade honing his vision for his first solo project, pulling influences from his travels around the world.

The bar’s sleek floor-­to­-ceiling shelves are stacked with souvenirs and bartending books. Alongside the 900-­bottle back bar there is a veritable Chartreuse museum. There is also a dedicated ice room, where ‘ice chef’ Raúl Arcayo employs an array of state-­of-the-­art machinery.

New menu Alquimia II (Alchemy II) shows the influence of Díaz’s days at The Aviary in Chicago, with a list rich in whimsy and narrative, referencing carnival culture everywhere from New Orleans to Peru, using local distillates to imbue drinks with a sense of place. 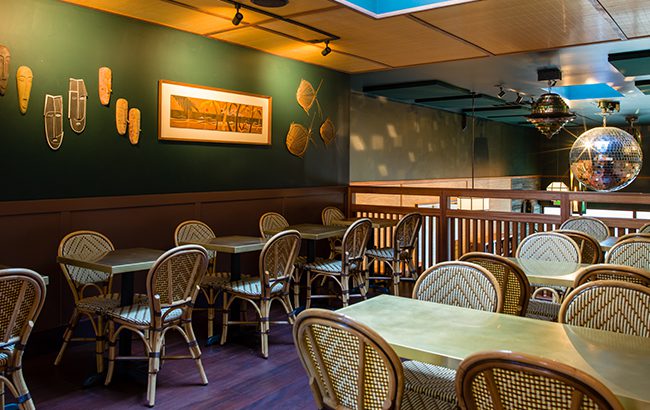 San Francisco is in the midst of a renewed love affair with all things tiki, and a wave of new venues is exploring the darker side of island drinks. Obispo (from Thad Vogler of Bar Agricole fame) and Zombie Village (from a Trader Vic’s alumnus) are due to open this year, while Last Rites (from the team behind Horsefeather), opened in the summer. But it is the long-­awaited Bon Voyage! that has drawn particular interest, coming from the wildly creative team behind Trick Dog.

The venue has been on the cards since mid­-2017, and while Morgan Schick and Josh Harris have had their hands in many projects citywide, this could be considered the true follow­up to their pioneering original. While the other tiki bars lean towards a ‘Polynesian noir’ aesthetic, at Bon Voyage! the vibe is more 1970s Palm Springs beach party: think a disco ball hanging from the ceiling and Polynesian masks. 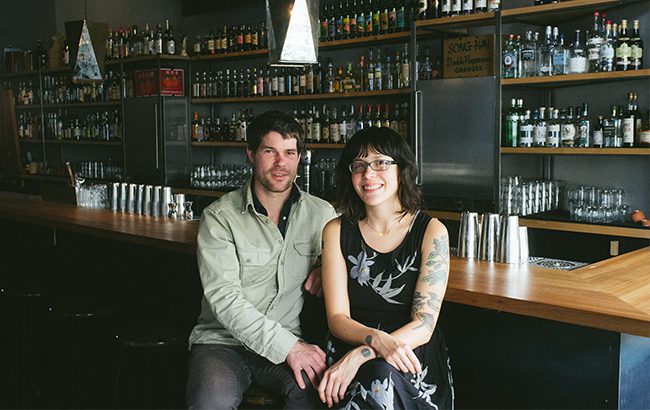 Since 2013, Claire Sprouse and her partner, Chad Arnholt, have been leading the conversation on sustainability through their company the Tin Roof Drink Community, offering bar consultancy, beverage programmes and educational outreach.

Now Sprouse is launching her first solo venture, putting that sustainable blueprint into practice. Hunky Dory will be a 24-­seat neighbourhood eatery and bar in Brooklyn’s Crown Heights, with nighttime service starting in January 2019.

The menu will have a wide range of non­-alcoholic cocktails.