Asia Pacific bars to visit in 2019

Asia Pacific has become a hotbed of cocktail creativity with many exciting bars opening or cementing their reputation in the region. Sam Bygrave highlights the ones not to miss next year.

There’s a lot of talk about the global economy being in trouble: there’s Brexit affecting the old order in the UK and Europe, and an inward­-looking turn accelerating in the US, meaning the prospects of a full­-blown trade war with China are increasing every day. It’s almost cause for despair.

But not for everyone. As they say, in good times or bad, the bar business is one you want to be in. And there’s good reason the on-­trade in Asia Pacific is looking better than ever.

Some estimates suggest that nine-­tenths of global GDP growth in the next few years will come from countries such as China – and the bars are following the money.

Well-­known names are heading east to launch their ventures, while established venues are not resting on their laurels, with a plethora of new menus, concepts and designs planned for 2019.

Click through the following pages to discover Asia Pacific’s top bars to watch in 2019.

Not to be missed: Maybe Mae – Adelaide, Australia 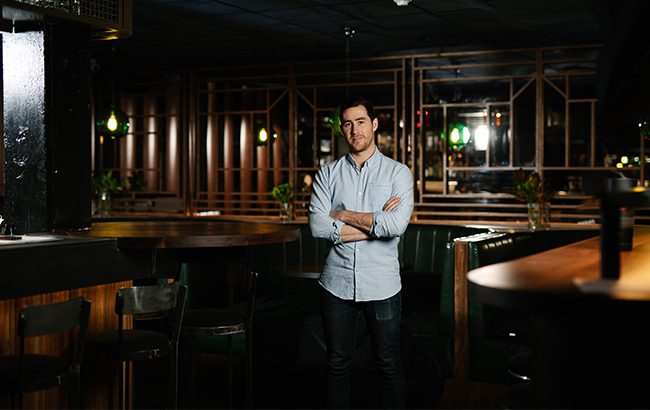 This subterranean bar in Adelaide is four years old, but 2019 promises to be the year when Maybe Mae comes of age. Since it opened, Maybe Mae has established itself as the essential cocktail bar for imbibers in Adelaide, a city long-­known for pouring some of the country’s best wines, but one that has only recently began to embrace the spiritous side of alcohol.

“We are starting to feel like we are finding our identity and groove in a booming national scene,” says co­-owner and creative force Ollie Margan. “We champion local producers and work within seasons to deliver produce­-driven drinks with context and integrity.” Margan is no stranger to Adelaide’s historic relationship with wine – it was the reason behind his move to Adelaide a few years back, when he went there to study winemaking.

In August, Maybe Mae underwent a quick renovation and has actually reduced the number of patrons it can serve. “2019 will be spent building on the foundation of 2018, where we changed our focus to improving our service style,” explains Margan.

The bar has moved to a complete table-­service model, so it can concentrate on the style of drinks and hospitality that the team enjoyed delivering mid-week, which wasn’t possible when patrons were 10 deep at the bar on Friday and Saturday nights. It also means they’ve pushed their drinks ambitions further.

Margan is just 26 and owns a number of other bars in Adelaide. 2019 could be the year in which this bar garners greater international acclaim.

Maybe Mae has been named our overall bar to watch in Asia Pacific. 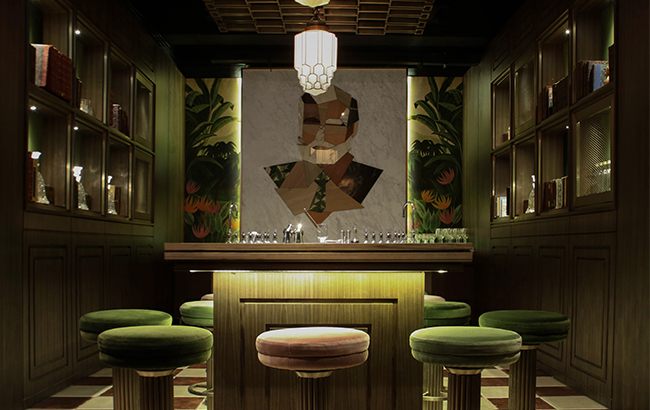 There’s many a reason to visit this Hong Kong haunt, but chief among them is its owner and resident bartender, Agung Prabowo. He was previously one of the main draws at Hong Kong’s Lobster Bar and Grill, a regular fixture on any list of the world’s great bars, and last year he opened up The Old Man.

The bar is different in many respects to his old stomping ground – it’s a much smaller space, with a diminutive communal table that sits in front of the bar. Ultimately, The Old Man offers an intimate space for Prabowo to provide the warm, knowledgeable, and, most importantly, fun, style of hospitality that he is known for. 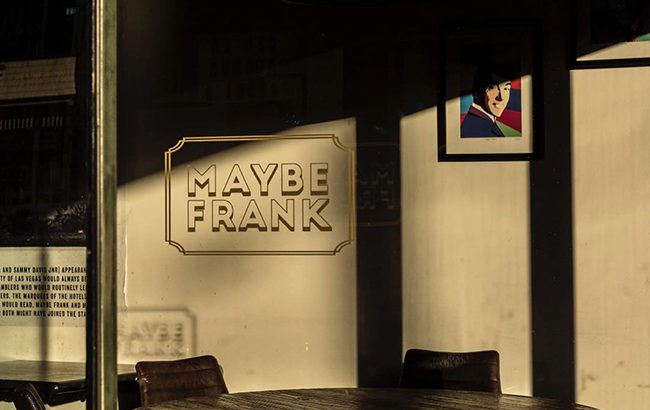 Opening in early 2019, Maybe Sammy is the second effort from the team behind Maybe Frank, a Sydney pizzeria and cocktail bar that has found favour with imbibers in its three years of operation.

That’s largely thanks to host and owner Stefano Catino and his bar manager Andrea Gualdi, who, along with fellow owner Vince Lombardo, have teamed up to open an elegant and boisterous cocktail bar in the historic Sydney precinct of The Rocks.

Maybe Sammy promises the atmosphere and service of the grand hotel cocktail bars of yesteryear, and will be led by a stellar team that also includes Martin Hudak, who was last seen at The Savoy’s American Bar in London, and Balazs Molnar, an Artesian alumnus. 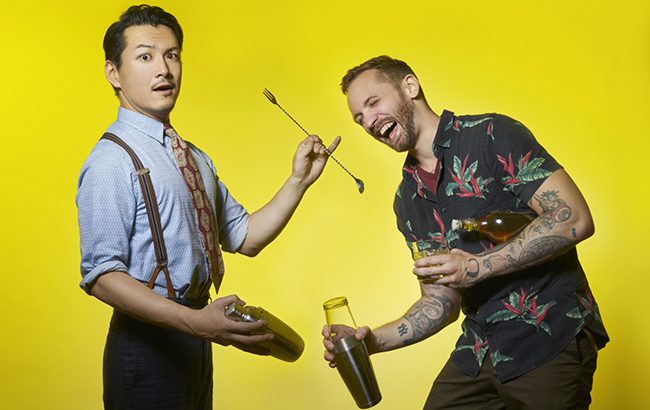 They are two of the world’s best­-known bartenders and they each have their own approaches to the craft: Steve Schneider, the brash, quick­-talking (and even quicker pouring) American from New Jersey; and Shingo Gokan, all fluidity and movement with purpose, who got his start in bartending in Japan, conquered New York and opened a couple of bars in China. When you put them together behind one slab of mahogany built for bar service, you get The Odd Couple. They’re drawing on a 1980s theme – “a reimagining of the future from the past” is how they describe it – and will offer a cocktail list drawing on eight taste profiles. Expect fireworks of flavour and one hell of a good time. 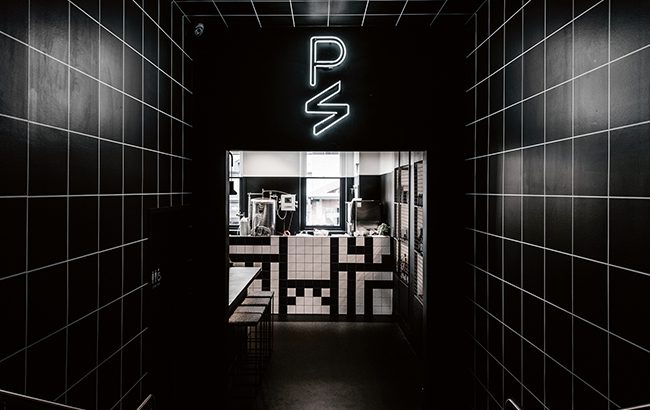 Opened in 2016 by former Australian bartender of the year Michael Chiem and the talented Thor Bergquist (whose resumé includes stints at Sydney’s Bulletin Place, Singapore’s Tippling Club and London’s Experimental Cocktail Club), PS40 is one of Australia’s most ambitious bars.

During the daylight hours before the bar opens to the public, the team members brew and bottle their own range of sodas flavoured with native Australian botanicals; at night, the lighting goes down and the eclectic cocktail list comes out.

In 2017 they embarked on a tour of the world’s great cocktail cities, collaborating with like­minded bars. With an extension to their opening hours in 2019, expect to hear more from PS40 on the global stage. 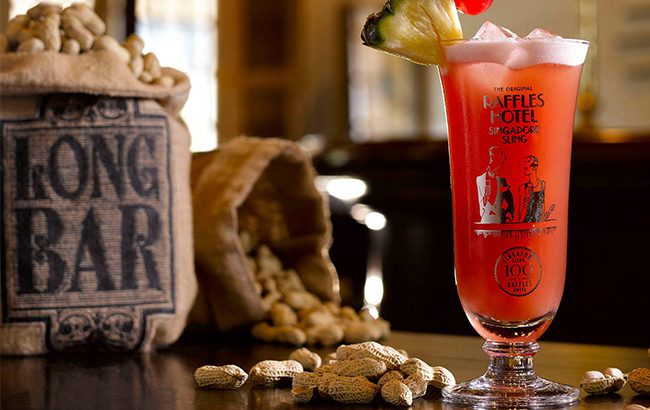 The Long Bar at Raffles Hotel is one of the most famous bars in the world thanks to the Singapore Sling, which, depending on the creation myth you subscribe to, was invented there by Ngiam Tong Boon in the early 1900s.

The bar, which closed for renovation in 2017, has reopened following a revamp of it operations by Singapore-­based Proof & Company. The cocktail that is so associated with the hotel has developed a bad reputation over the years; expect it to be restored – along with the rest of the hotel – to its former glory.

That will be driven by two bartenders familiar to Australian audiences: Paul Hammond (formerly of Sydney’s award­-winning Bulletin Place) has joined the hotel to work on its beverage programme, while Priscilla Leong (formerly of Sydney’s The Baxter Inn) is returning to her native Singapore and will oversee the drinks at the Long Bar.