A week with Altos Tequila

SB travelled to Mexico for the final of the Tahona Society Collective Spirit with Altos Tequila, which celebrated the best in the bartending community. From quesadillas to Margaritas, here’s the low-down from the jam-packed week.

Altos Tequila’s Tahona Society Collective Spirit was relaunched this year as an opportunity for bartenders to create sustainable businesses that could improve the environment and the hospitality industry.

The final of the contest took place last week and saw 15 teams of bartenders from around the world arrive in Mexico for three days of seminars, workshops and for the chance to pitch their ideas to a fierce panel of judges.

The US$50,000 prize went to Alex Black and Makenzie Chilton from Canada, who created Mind The Bar – a mental health resource, information and support system for the hospitality industry.

However, there was more to the week than just the competition – flick through our gallery to find out what else happened during the Tahona Society Collective Spirit. 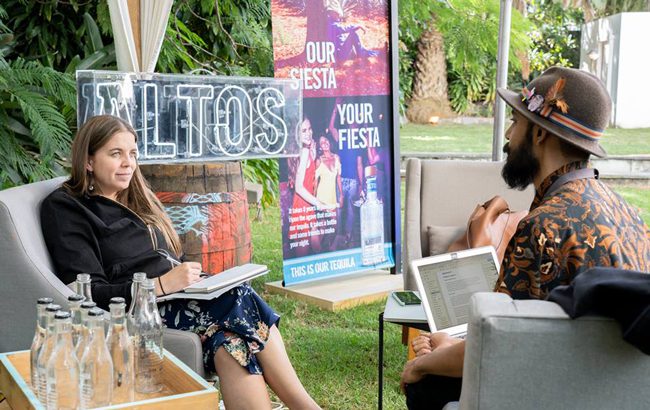 On the first day, bartenders met with judges and mentors in order to fine tune their business acumen. 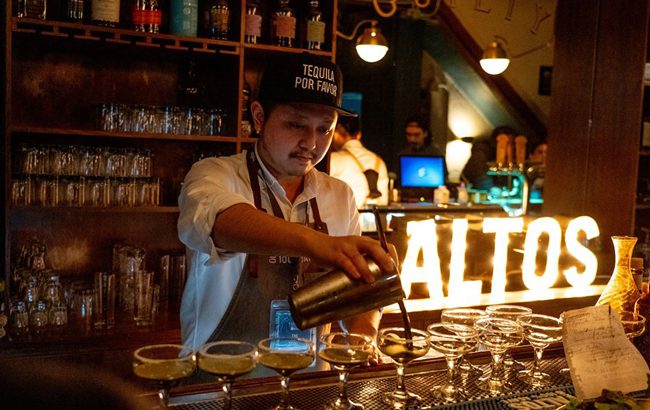 In the evening, the Tahona Society travelled to Guilty bar in Guadalajara for a guest bartending shift from two of Japan’s biggest talents. 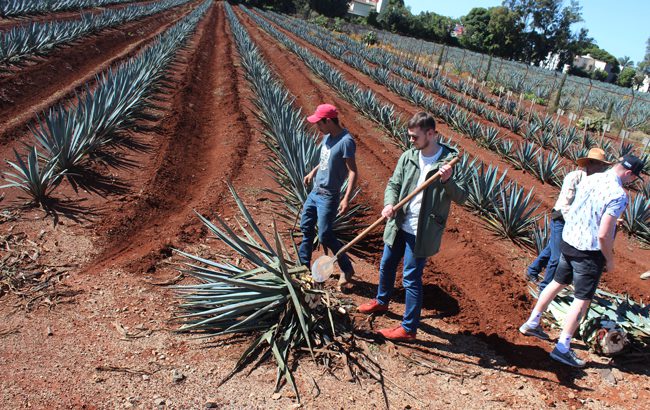 The next day, the group travelled to Pernod Ricard Mexico’s distillery in Arandas to be immersed in the Tequila-making process.

At the site, the assembled bartenders were able to wander the agave fields that surround the distillery and try their hand at harvesting the piñas, after watching a demonstration from the jimadors who would traditionally collect the crop.

Once harvested, the agave is cut up and roasted before moving onto the next stage of the production process. 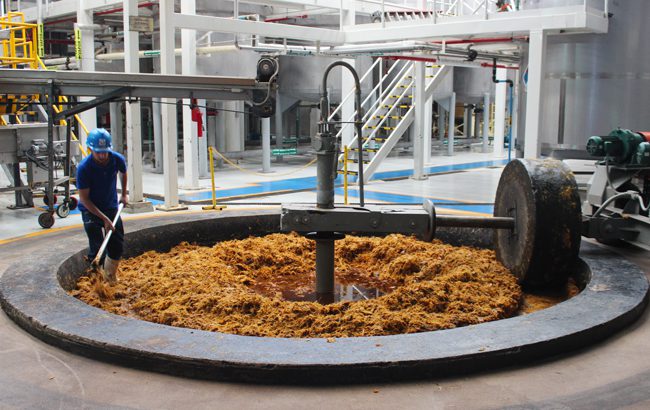 Once toasted, the agave is transferred to this pit, where it is crushed down using a tahona wheel – a process that takes several hours.

This step extracts the sugar-rich juices from the piñas, which are collected and mixed with yeast to start the alcohol production process.

The fermented liquid is then transferred to one of the distillery’s copper pot stills where it is distilled. After going through the distilling process twice, the spirit is filled into ex-Bourbon barrels to age for up to 18 months. 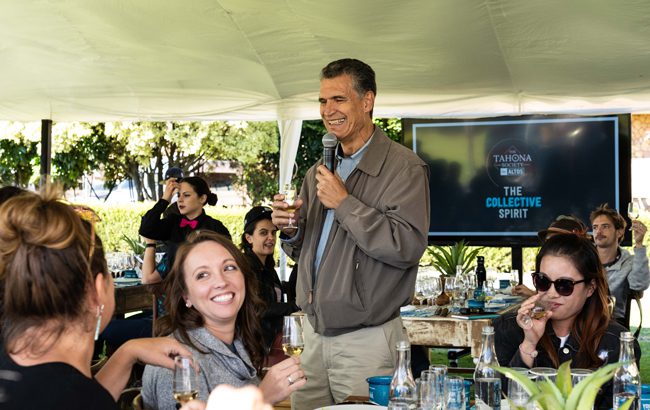 Hernández led the bartenders through a tasting of the un-aged Tequila that is produced using the tahona wheel, as well as the Plata, Reposado and Añejo Tequilas that make up the Altos portfolio.

Following the tasting, a mariachi band performed for the group. 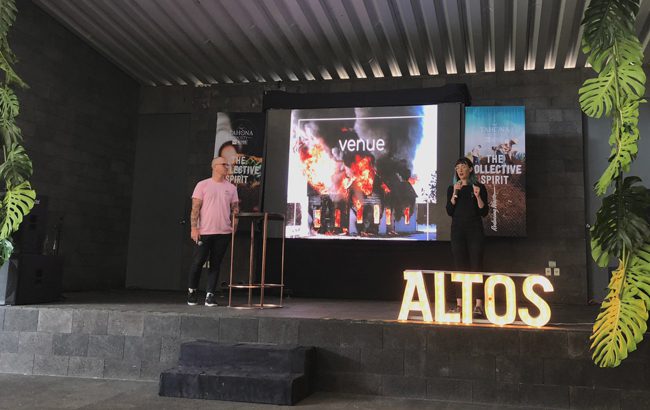 Friday was finals day, and so the Tahona Society travelled to Terraza Fresneda in Guadalajara where the day’s events were set to take place.

After a pep talk from Altos co-founder Dré Masso, bartending duo Trash Tiki – made up of Iain Griffiths and Kelsey Ramage – took to the stage to discuss the steps they are taking to create a sustainable cocktail bar.

The seminar covered venue choice, spirit selection and staff benefits as the duo set out their plan to open their own sustainable venue, called Common Grounds – which will open next year in Toronto, Canada. 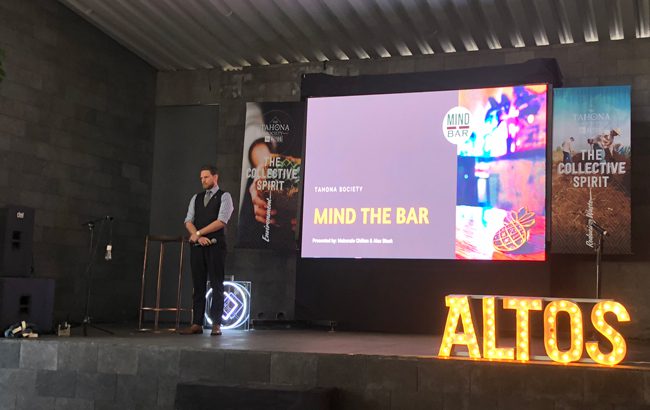 After lunch it was time for the competitors to take to the stage and pitch their business ideas.

Each took their turn to discuss the stories that inspired them, the steps they have so far taken and the impact they hope their projects will have on the world.

Businesses proposed included Wstd Soul from London-based bartender Will Campbell-Rowntree, who planned to collect waste plastic from bars and re-mould it to create useful items for the on-trade. Meanwhile, Loga Raj from Singapore proposed Life After Bars, which aspired to be a route for ex-convicts to find a way back into work through bartending. 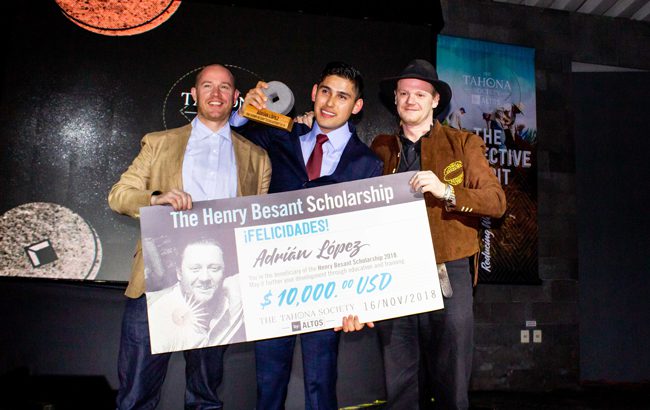 Later that day, as the competitors enjoyed their last few quesadillas, Palomas and Margaritas, it was time for the winners to be announced.

First up, it was revealed that Adrián Lopez from Hanky Panky bar in Mexico City would be awarded the first Henry Besant Scholarship, which is named after the late Altos Tequila co-founder.

Lopez was awarded US$10,000, which he plans to use to support an international exchange to London where he will take English lessons. 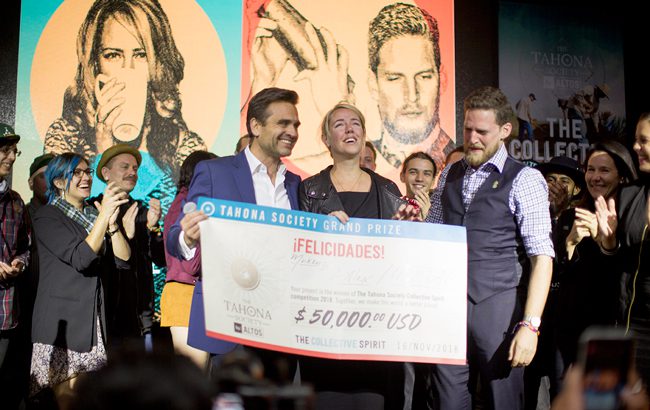 Finally, all the competitors were welcomed on stage once more as Christophe Prat of Pernod Ricard House of Tequila announced the results.

Canada’s Alex Black and Makenzie Chilton were awarded US$50,000 to support the development of Mind the Bar, a mental health resource, information and support system for the hospitality industry, which focuses on the major issues of depression, anxiety, addiction and workplace harassment.

Chilton said she was “shocked but so so thankful”, while Black said he “couldn’t be prouder of the bartending industry”.

In addition to the US$50,000 grant, House of Tequila and the businesses of the judges will sponsor a fundraising event for US finalists Support the Staff. The event hopes to kick-start the project, which aims to create dialogue and raise awareness of the issues surrounding mental health in the hospitality industry.