Last month, Irish whiskey brand Jameson made its first TV appearance in the UK in seven years and ready-to-drink brand VK launched a series of student club nights across the UK as part of its VK Electric Tour.

Over the following pages, we name our top marketing campaigns launched in September 2018. 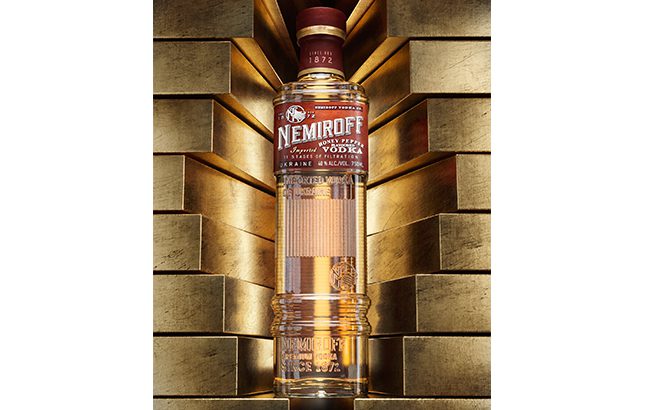 As part of the deal, Nemiroff will have a branded presence inside the fighting ring, called the Octagon, at all UFC events.

Additional activations include the integration of Nemiroff branding throughout UFC’s telecasts, as well as sampling, digital media and other promotional opportunities.

Yuriy Sorochinskiy, CEO of Nemiroff, said: “We’re really pleased to establish a partnership with UFC worldwide. “The vision and values of UFC are highly relevant and parallel with Nemiroff’s brand DNA.” 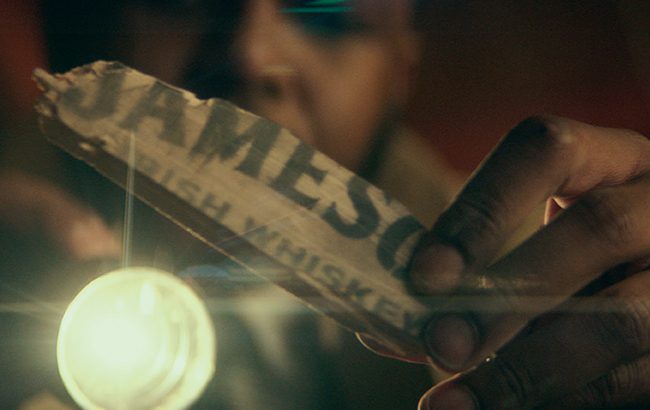 Last month, Irish whiskey brand Jameson made its first TV appearance in the UK in seven years with a new £1.2 million (US$1.6m) advert.

Developed by creative agency TBWA Dublin, the commercial is based on a true story and depicts a warehouse robbery in Johannesburg, South Africa, during which only crates of Jameson were stolen and other valuable goods were left untouched.

The two investigators appear to understand the reasoning behind the robbery once they taste Jameson in a local bar that evening. The 40-­second spot ran for four weeks in September and was supported by print advertising. 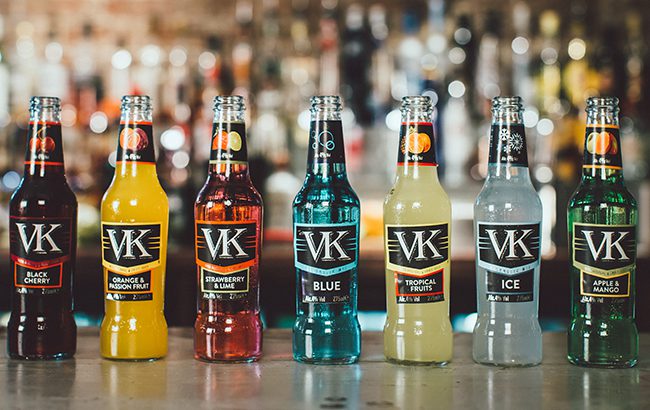 Ready-to-drink brand VK has launched a series of club nights for students in the UK, called the VK Electric Tour.

Jen Draper, head of marketing at owner Global Brands, said: “Experiential activity is so important to millennials and legal-­drinking­-age generation Zs – but especially students, who value experience above almost all else.” 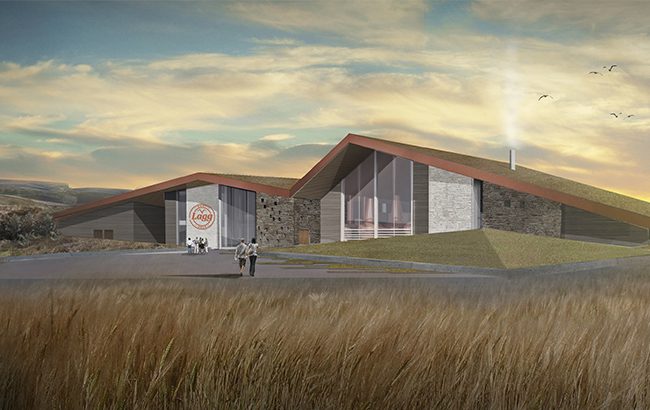 The Isle of Arran Distillers has launched a competition to find the official poem for its soon-­to-open Lagg Distillery.

Budding writers have been tasked with producing a poem that captures the Isle of Arran’s history, landscape or its spirit – whisky or otherwise.

The closing date for entries is 14 December and the winner and two runners-­up will be announced on Burns Night, 25 January 2019.

The winning entry will take pride of place at the new distillery and the winning poet will also be invited to the opening of the distillery in spring. 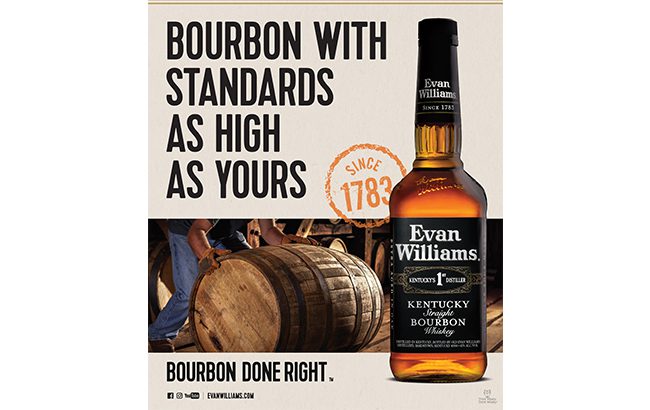 The campaign aims to convey the brand’s commitment to quality and celebrate its reputation. It showcases people enjoying their hobbies and pastimes, such as building a deck or polishing their car, and demonstrates how Evan Williams Bourbon can be used to celebrate the small moments of satisfaction that can be found in everyday life.

The Bourbon Done Right campaign will include a TV advert in the US, plus marketing across social media, point-­of­-sale materials and via the recently updated Evan Williams website 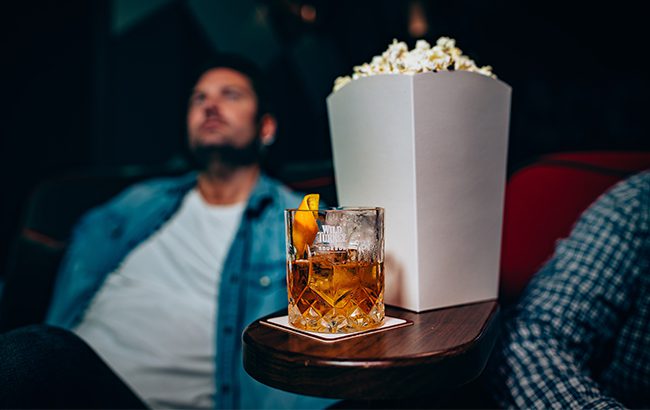 The series is a curated list of “gutsy films” screened at Everyman cinemas across the UK, where guests are able to enjoy a Wild Turkey 101 Old Fashioned alongside the film.

The Wild Turkey Bold Cinema Series has been designed to build brand awareness and recruit new consumers through an integrated campaign spanning in-­cinema and in-­bar experiences.

The latest film in the series, American Animals, is a crime thriller, based on the true story of a library heist, which was released in cinemas in September. 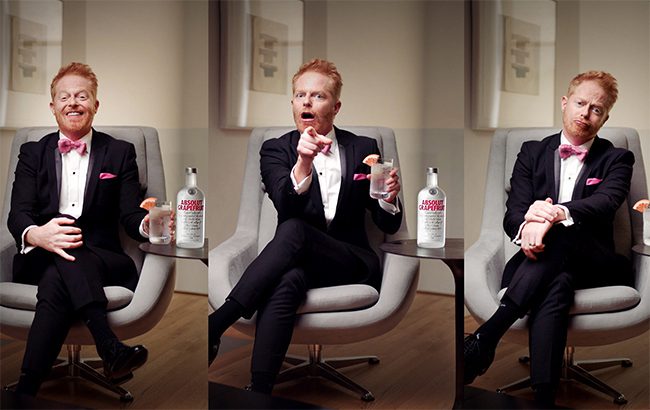 Absolut vodka has partnered with Modern Family star Jesse Tyler Ferguson for its No Sugarcoating campaign, which celebrates the launch of Absolut Grapefruit.

The Pernod Ricard­-owned vodka brand is aiming to “tell it like it is, without the sugarcoating” in its latest marketing push.

Ferguson stars in seven videos for the Swedish vodka brand, during which the actor “truth-­bombs” various everyday scenarios.

The No Sugarcoating campaign has been distributed on social media platforms such as Instagram, Snapchat and YouTube, and will be supported by cross­-channel marketing efforts designed to recruit the brand’s millennial target audience. 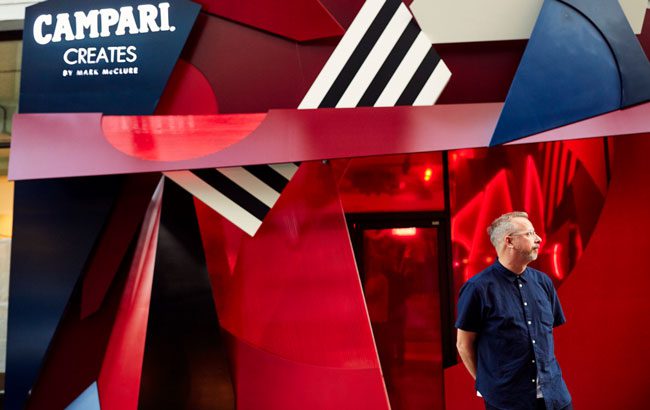 Campari Creates returned to London with a new art installation called The Mostra last month, designed to give guests the chance to experience what it would be like inside a Campari cocktail.

Campari Creates: The Mostra was designed by abstract artist Mark McClure, who was inspired by the effect of light in a cocktail, including the transparency of colour, the shifting light and the translucent effect that happens to liquid in a glass.

Inside the activation, the bar served three Campari cocktails created by the brand’s Italian ambassadors, including the Negroni, a Campari G&T, and the Negroni Sbagliato. 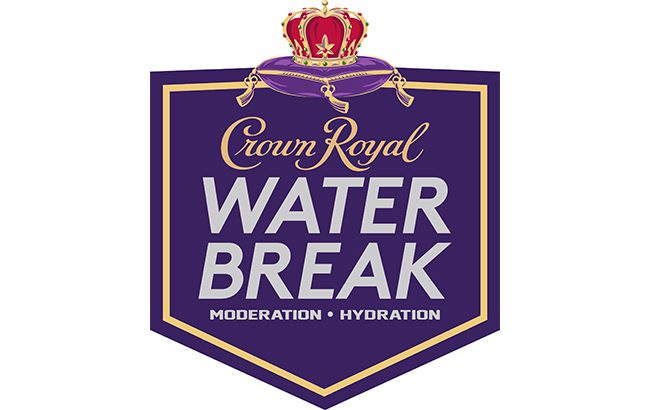 Canadian whisky brand Crown Royal is expanding on its Hydrate Generously platform as the NFL American football season gets under way.

The fully­-integrated campaign kicked off with a televised 30­second advert broadcast during the season opener in September. 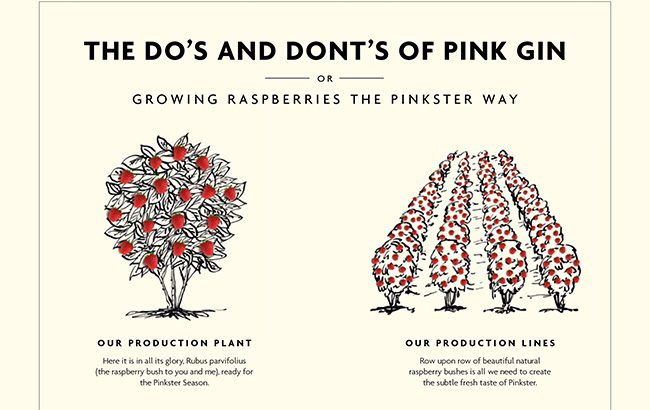 The brand’s campaign will be introduced through advertising, digital and point of sale materials, and will include gin mats and neck tags.

The marketing drive includes the strapline ‘Real raspberries. It’s a Pinkster thing’ and light­heartedly depicts rows of raspberry bushes as the production lines and bumblebees as workers.

Pinkster has also revamped its label for the first time since the company launched in 2013. It now features the shortened tagline ‘Made with real raspberries’.