July was a busy month for bar openings, with the latest venue from chef Adam Handling, a virtual shooting range and the fourth venture from the team behind Mr Fogg’s all welcoming their first guests.

It’s been a bumper month of hot new bar openings, with everything from a rooftop cocktail lounge to an underground shooting gallery opening their doors for the world’s discerning drinkers.

Click through the gallery to discover some of our favourite bars to have opened in July.

Missed out on our list of the top openings from June? Catch up on the best new watering holes here. 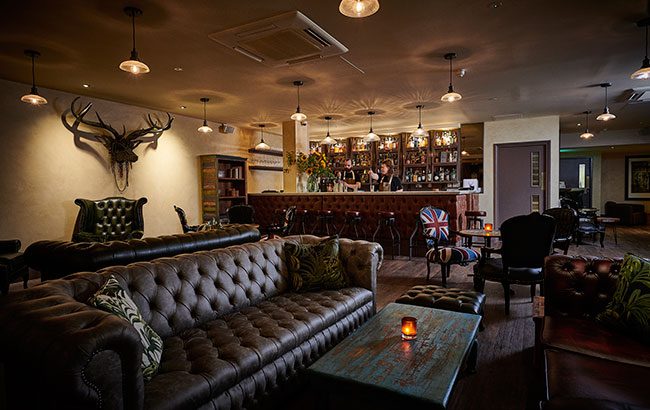 The bar’s offering has been developed by Handling, alongside Scout owner Matt Whiley and the head of spirit and cocktail development at Duck & Waffle, Rich Woods.

Iron Stag, which will have a focus on Scotch whisky, offers a comprehensive menu of cocktails, beers, wine and food, including pre-bottled twists on the classic whisky Highball and sharing kegged cocktails on tap. 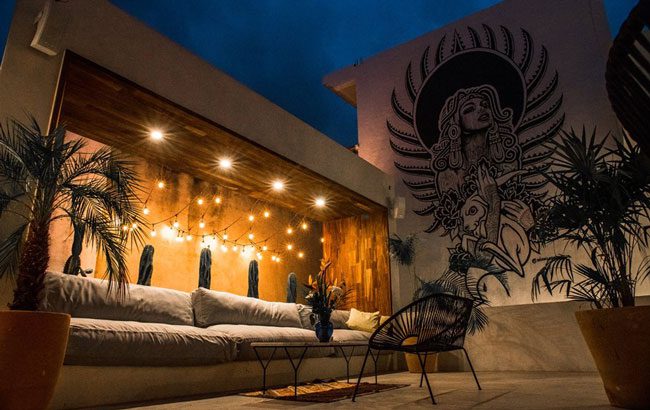 El Conejo boasts a sculptural tahona cut into the wall, which will give patrons the opportunity to understand the scale of the two-tonne stone that Suerte uses to crush the agave used to make its Tequila.

The new bar sources local produce to create healthy, Asian-inspired cuisine and the bar will serve a number of Suerte signature cocktails, plus a number of exclusive small batch Tequilas. 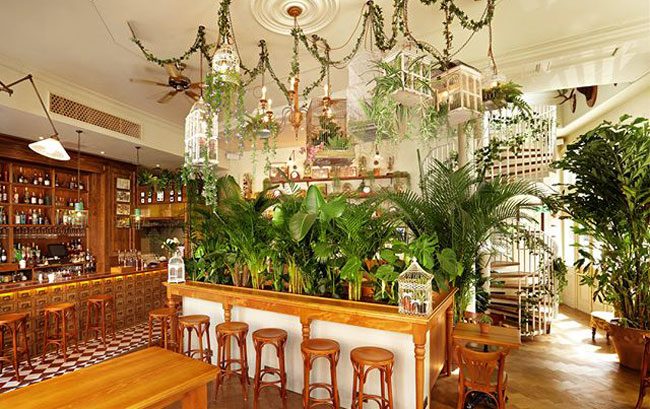 The Mr Fogg’s Collection has expanded its portfolio with the opening of its latest London venue, Mr Fogg’s House of Botanicals.

Mr Fogg’s House of Botanicals is the latest project from Charlie Gilkes and Duncan Stirling’s Inception Group, and will showcase the fruits of Mr Fogg’s travels across two floors of exotic flora and fauna.

The new venue features two unforgettable drinking experiences across the bar’s two floors. The downstairs cocktail menu will showcase Mr Fogg’s most unusual botanical finds, while the upstairs bar’s The Secret Language of Flowers menu has been inspired by the Victorian tradition of expressing secret emotions through the giving of certain flowers. 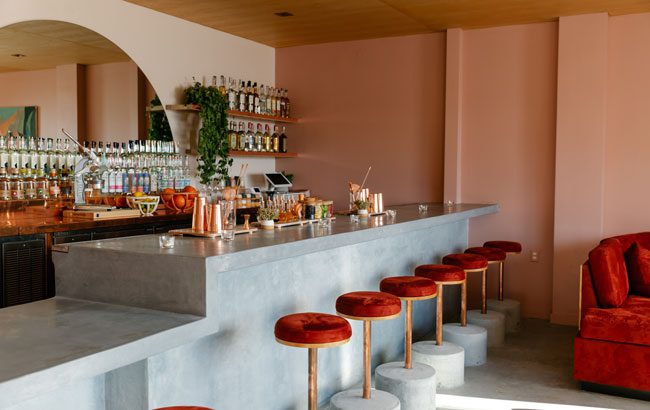 Founded by husband and wife team Jaime Turrey and Brooke Fruchtman, Bar Caló was inspired by Turrey’s Chicano heritage, the couple’s travels to Mexico City and their daily experience living and working in the community.

The bar’s beverage programme is led by Jeremy Simpson, who pairs spirits with hyper-seasonal produce, including some from the bar’s own garden. Every week the bar will feature a different ‘Market Margarita’, made using ingredients sourced from the farmer’s market. 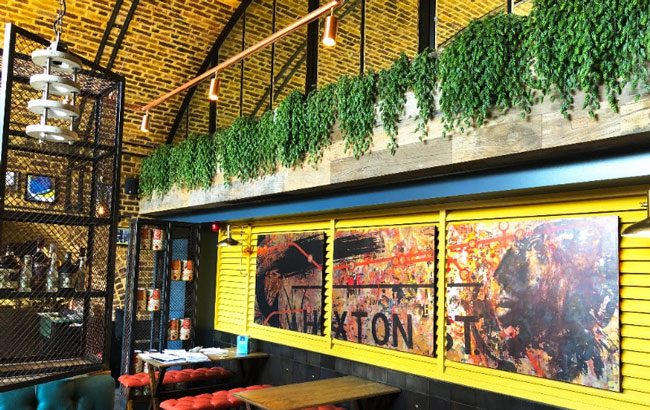 Brewhouse & Kitchen launched its newest venue in Hoxton, which has become the area’s first on-site brewpub and brewery.

The venue will serve as Hoxton’s only on-site craft brewery and pub, and boasts a new summer menu, complete with seasonal beer pairing suggestions and 23 vegan and vegetarian options. 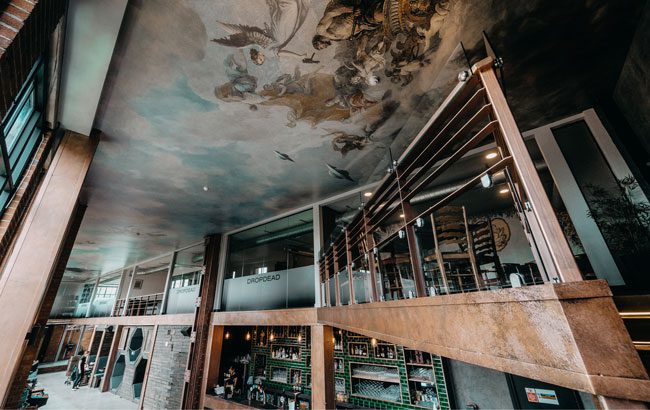 Bring Me The Horizon frontman Oliver Sykes has taken over the listed Osborn Works in Sheffield’s Kelham Island district and transformed it into Church: Temple of Fun.

Home to the English city’s first arcade bar and inspired by South American religious iconography, Church has a 100% vegan bar offering a selection of signature cocktails.

Alongside an arcade that includes playstation gaming pods, retro arcade machines and a pool table, guests can enjoy a fully vegan food menu provided by local eatery Make No Bones, which will be serving up its signature avocado wings, Seitan ribs and vegan burgers. 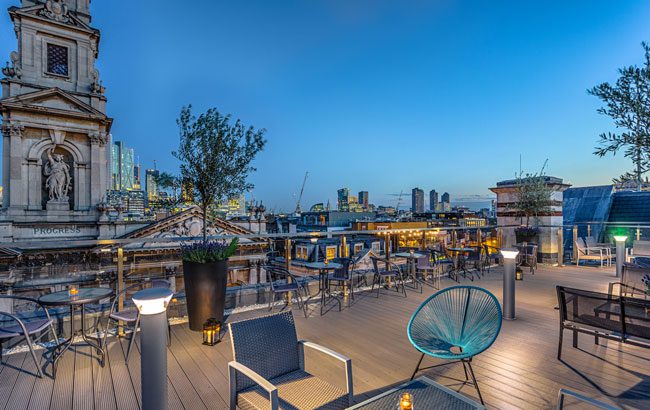 London’s newest rooftop venue joined the growing list of sky-high drinking spots in Shoreditch last month, having taken over the fifth floor of the Courthouse Hotel.

Upper 5th boasts panoramic views of the capital and a cocktail menu by created by bartender Danut Fundulea to complement the bar’s selection of small plates, sharing options and shisha menu.

The London venue features The Upper Bar, available for drinks with standing tables and stunning views, and The Garden, which is for reservations only and includes cabana sofa-bed seating. 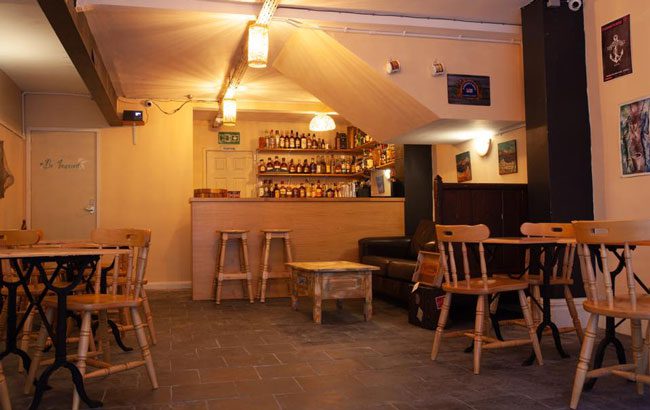 A new Caribbean-inspired venue is now open for business and can be found within King’s Court of Altrincham, Manchester, UK, called Marigot Bay.

Named in honour of Marigot Bay in St Lucia, the Manchester venue takes imbibers through the many tropical islands of the Caribbean via chilled island beers, tropical cocktails and some of the finest Caribbean coffee and cocoa available. 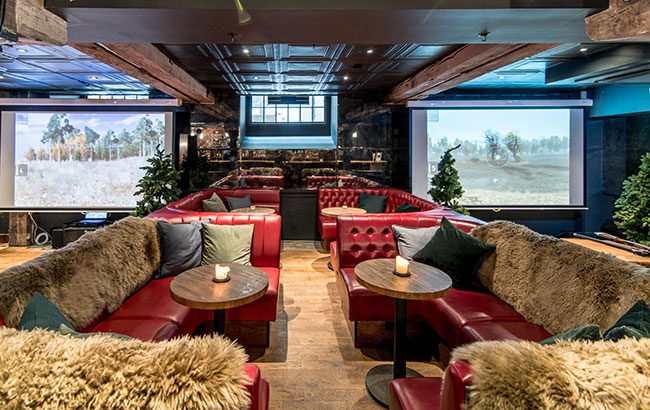 Scotland-inspired restaurant Mac & Wild has brought a slice of Highland life to London with the opening of its new virtual shooting range and whisky bar.

Located on the lower ground floor of Mac & Wild’s Devonshire Square site, the Shooting Range and Whisky Bar has been “designed to satisfy beginners and professionals alike”.

The venue has also teamed up with Glenfiddich and Monkey Shoulder to create “unique and interesting” whisky serves and the bar incorporates two virtual shooting lanes equipped with shooting systems and replica shotguns. 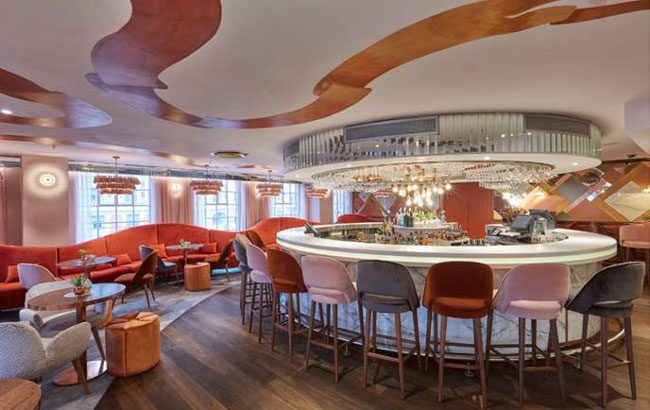 The London-based bar has had a complete redesign and also offers a revamped drinks and cocktail list, including a selection of classic, non-alcoholic and London-inspired libations.

Harvey Nichols worked closely with UK-based design agency Keane Clarkson on the venue’s design, which has been inspired by rich earthy tones and muted shades of pink and grey.