Dewar’s, or ‘Doo-ers’ as they say in America, was built by the most flamboyant whisky tycoon of them all. Tommy Dewar may have died in 1930 but his spirit lives on. The Spirits Business traces its fascinating story. 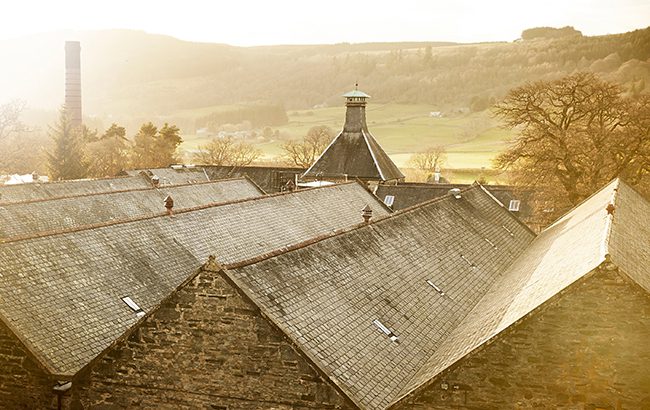 In April 1998, Bacardi entered the big league of Scotch after buying Dewar’s and four malt whisky distilleries – as well as two gin brands. Despite the US$1.94 billion cash transaction, the news was blown off the front page in Britain by BMW’s successful bid for a motoring icon for just a third of the amount. “How could Rolls­Royce be worth less than a moderately well-­known whisky?” spluttered the FT. In the US there’s nothing ‘moderately well­-known’ about Dewar’s White Label, which accounted for an estimated US$1.4bn of the total. It “was then, and still is, the number-­one Scotch whisky by label in the US”, says Michael Calabrese, Bacardi’s North America brand director for whisky and Tequila. Johnnie Walker may be a bigger brand in the States, but it seems White Label remains the country’s favourite single bottle of Scotch.

John Dewar Snr died in 1880, leaving his licensed grocer’s shop in Perth, Scotland, to his two sons – John Alexander and Tommy Dewar. Within 20 years they had transformed a prosperous local business into a Scotch whisky powerhouse with a production capacity of 1m gallons, two distilleries and a burgeoning export trade. John handled the business in Scotland while his younger brother was the irrepressible frontman down south.

The tenacious Tommy Dewar could have inspired J.M. Barrie’s famous quote about there being “few more impressive sights in the world than a Scotsman on the make”. He slipped into London as a 21­-year­-old in 1885, armed with two sales leads, one of whom proved bankrupt and the other dead. Within a couple of decades he had befriended the future Edward VII, owned Britain’s third motor car, was fabulously rich and destined for the House of Lords – all thanks to building Dewar’s White Label through relentless advertising.

Tommy Dewar was a master of this new black art, and among his many ‘Dewarisms’ was the doctrine: “Keep advertising and advertising will keep you.” In 1898, he commissioned possibly the first filmed commercial, certainly for spirits, which was projected from the roof of Manhattan’s Pepper Building. It featured four actors in kilts dancing a drunken Highland fling under a banner for Dewar’s. Subtle it wasn’t, but New Yorkers were amazed. Fifteen years later, Londoners gawped at a giant illuminated Scotsman by Waterloo Bridge, whose kilt appeared to sway as his hand repeatedly raised a glass of Dewar’s.

In print, Dewar’s was promoted by establishment figures in white tie to drive home the message that Scotch was thoroughly pukka and not some hairy-­arsed spirit from the Highlands. Meanwhile, Dewar cultivated foreign markets by touring the globe on an Ocean liner. The first trip in 1892 lasted two years and resulted in agents in 26 countries. Its cost of more than £500,000 (US$650,000) in today’s money was soon forgotten as orders began to pour in.

John Dewar & Sons was absorbed into The Distillers Company (DCL) in 1925, but nothing much changed. It remained a separate fiefdom within DCL and was free to compete with its stablemates. In 1980 it replaced J&B as the top Scotch in America, and in six years was claiming a US market share of 15%, yet there were no real efforts to create a premium tier. If fans of ‘Doo­ers’ wanted to trade up they were cordially invited to drink Johnnie Walker Black, Blue or Gold.

Bacardi pounced on a golden opportunity when the newly formed Diageo was compelled by competition rules to sell Dewar’s White Label in the ‘90s. “There was a tonne of potential to grow into the premium and ultra­-premium segments, and that’s what we’ve done,” says Calabrese. “We’ve launched Dewar’s 12, 15 and 18 Year Old.”

The 12 Year Old bagged Sean Connery for its 2003 ‘some age, others mature’ campaign. The actor was possibly atoning for those Bond movies that pushed vodka at the expense of Scotch, or maybe it was just the fee – reputedly a million dollars for a day’s filming. Either way, Dewar’s has managed to push its way upward and in the US, White Label’s brand share is now “about 85%­90%”, says Calabrese.

In 2007, when Calabrese started work at Dewar’s, core consumers “tended to be older white males with their go­to Scotch, which tended to be White Label”, he says. “Flip that to 2017 and you see a huge brown-spirits resurgence and millennial consumers looking for brands with heritage and stories, and more so in the Scotch category.” Tommy Dewar stars in a treasure-­trove of stories and there’s now a £2m shrine to him at the Aberfeldy distillery. But does he really resonate with modern consumers? “It’s not so much that,” retorts Calabrese. “It’s about bringing his point of view to life.”

In 2013 there was a contentious flirtation with flavoured whisky, with the launch of Dewar’s Highlander Honey, but that has been quietly dropped, as has the disparaged Drinking Man campaign of 2012.

Today it’s all about experiential marketing, with the Travelling Whisky Emporium and the Scotch Egg Club, where millennials are introduced to premium expressions and cocktails. They are also reminded that “Dewar’s 12 is the gift to give”.

When its previous owners sold it in 1998, there may have been feeling that Dewar’s glory days were over. If so, Ian Taylor, the global brand director for malts at Bacardi, has news for Diageo.

“According to recent reports from IWSR, Dewar’s is the fastest-­growing blended Scotch in the world,” he says, quoting an 11.8% rise in its premium sales in 2016. “We are launching our premium blends into seed markets and it is these new markets that are fuelling the growth of Dewar’s premium.” Tommy Dewar would be proud.

Click through the following pages to see the timeline of Dewar’s brand history. 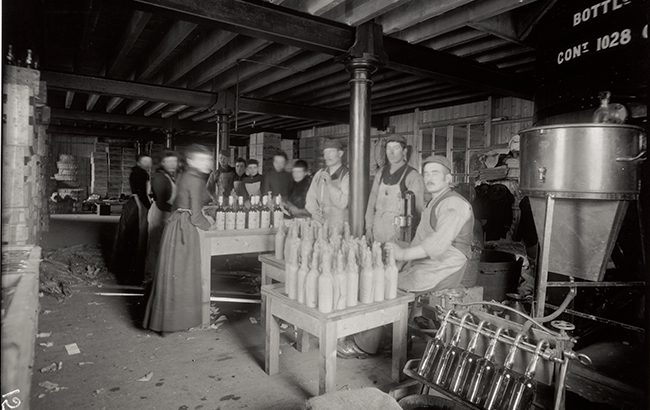 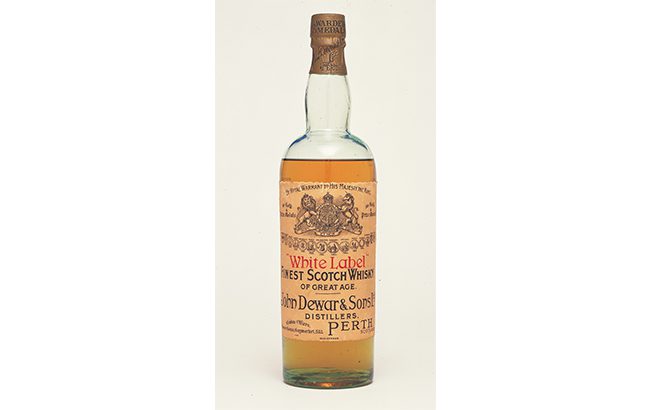 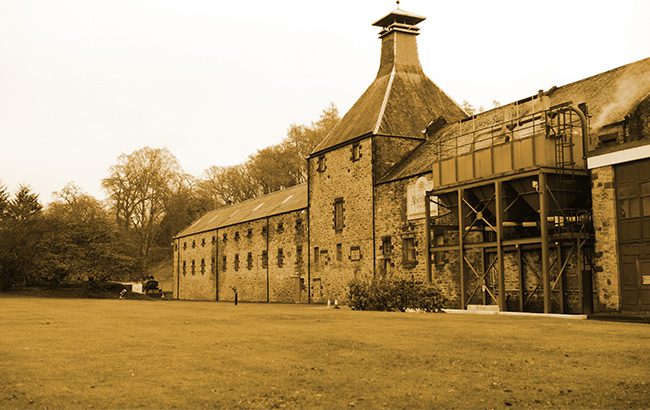