The cocktail trends to watch in 2018

2017’s bar world was marked by a focus on sustainability and provenance. But what is in store over the next 12 months? Tyler Wetherall asks industry experts for their predictions. 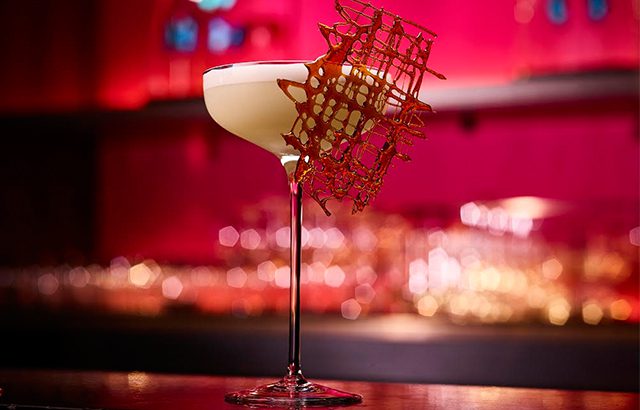 While fads whip around the world at dizzying speeds, propelled by Instagram and Snapchat, trends are decidedly less fleeting. In this forecast, we have taken a reading of the climate of today’s bar culture to ask which cocktail trends consumers will gravitate towards in 2018.

After speaking to a selection of experts, one element that stood out is a greater degree of thoughtfulness and purpose within the industry. This introspection might be expressed as an increased awareness of the provenance of ingredients, or a careful reconsideration of the role of the bartender in society, but it alludes to an awakened sense of responsibility across the board.

In counterpoint to this is a pervasive sense of playfulness and a search for novelty, as well as, according to Ryan Chetiyawardana’s annual prediction, “bananas, obvs”.

Click through the following pages to discover the cocktail trends to watch in 2018. Have your own predictions? Let us know by leaving a comment below. 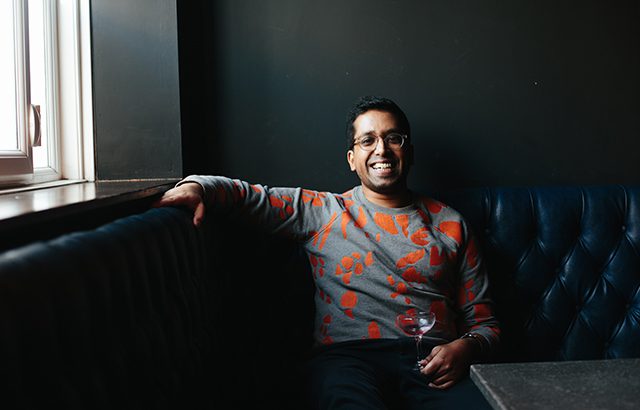 We’ve come a long way since 2013, when Chetiyawardana’s White Lyan made waves in the bar scene for its then-­unheard­-of zero-­waste philosophy. Sustainability has now become firmly part of the industry conversation, with a new wave of bartenders pushing it to the top of their agenda. In a recent consumer poll by the Diageo Reserve World Class team, nearly half of customers would be willing to pay a 10% premium for socially responsible and environmentally friendly goods.

But from the small steps bars have taken to reduce their impact on the planet – such as banishing the dreaded plastic straw or repurposing kitchen waste – innovators have started to think bigger, considering sustainability down to the very design of bars.

And this type of big thinking is set to continue. “In terms of sustainability, I think we’re going to see a move to long­term vision, a move away from foraging, waste and locality to a more realistic proposition,” says Chetiyawardana. “And, crucially, a more holistic one to include animals, ecosystems and people.”

For example, in the US, Claire Sprouse and Chad Arnholt’s Tin Roof Drink Community bar consultancy brings a sustainable philosophy to each of their projects, focusing on reducing water waste, conserving energy, and responsible sourcing. They won the inaugural Sustainable Spirit Award from Tales of the Cocktail in 2016, another sign of the industry seriously embracing sustainability. 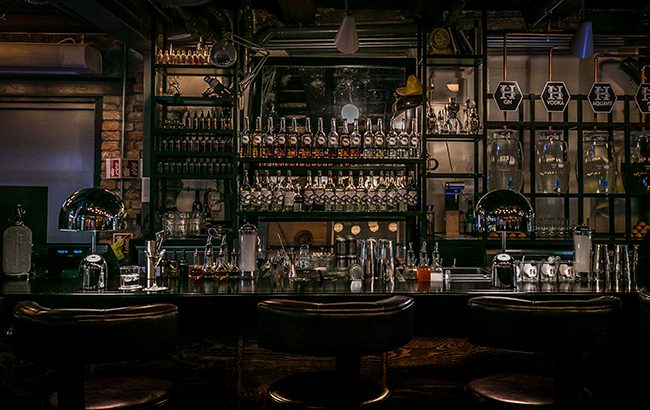 An interest in fermentation has slowly been building in the bar community, and everything from koji mold to Champagne yeast has been employed in the name of experimentation. With this curiosity has come an interest in kefir, a fermented drinkable yoghurt popular for its stomach-soothing properties. Slightly sour, kefir offers something similar to the richness and texture of dairy, but mixes better in drinks.

Monica Berg helped develop the drinks programme at Oslo’s Himkok, where the bar team made their own kombucha and flavoured kefir water instead of stocking soft drinks, and she sees this trend picking up in the coming year. “I believe we will see more ferments, which I think is great, as long as it comes with the skills necessary to pull it off,” she says. Renowned bartender Simone Caporale agrees: before, fermentation might have been employed for novelty’s sake, now it’s time to find what real value the process can offer. 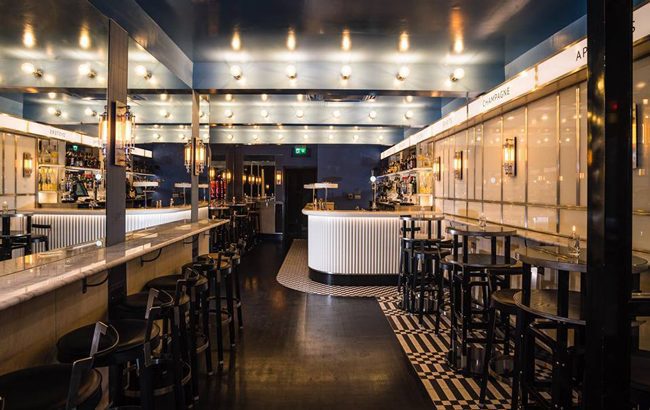 One-­stop-­shop venues that meet a handful of consumer needs are usually able to retain a high footfall. Consider the split personality of Swift in London, with its sultry subterranean lounge and a more casual Italian bar on the grand floor. In the US, Lost Lake in Chicago has opened a separate sidecar bar called Stranger in Paradise, where the rotating menu and guest bartenders keep innovation flowing. Equally, Bobby Heugel’s Tongue Cut Sparrow in Houston is a formal cocktail den situated within the mezcal madness of the Pastry War.

“I wouldn’t say that [this] is a new phenomenon – although it is definitely gaining steam – but rather a replacement for the speakeasy or ‘hidden bar’ trend of the past decade,” believes Chris Patino, founder of spirits-­marketing agency Simple Serve and former director of brand advocacy at Pernod Ricard. “Multiple concepts can now exist simultaneously under one roof, while appealing to different types of consumers.” 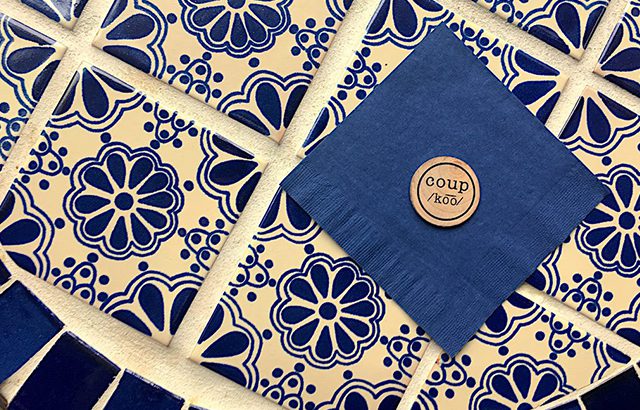 The bar may be a space we go to escape from politics and its accompanying feelings of doom, but as President Trump settled into the Oval Office and Brexit became a reality, some in the bar community found it hard to sit out the swell of opposition. The most notable opening was Coup in New York, which donated all its profits to raise funds for organisations under threat from the current administration, such as Planned Parenthood and the American Civil Liberties Union. In September, Coup went on the road with fundraising pop­ups across the nation. While this isn’t the only so-­called ‘philanthropub’ – others include Houston’s OKRA Charity Saloon and Portland’s Oregon Public House – Coup is emblematic of a more politicised generation of bartenders who use their platform for activism.

This year has even seen bars host postcard-writing parties to petition senators after natural disasters. Other notable causes to emerge include: the Tequila Interchange Project, aimed at preserving traditional production practices for agave­-distilled spirits; Trash Tiki, a touring project raising awareness of bar waste; and P(our), a non-profit organisation that explores important issues within the on-­trade. 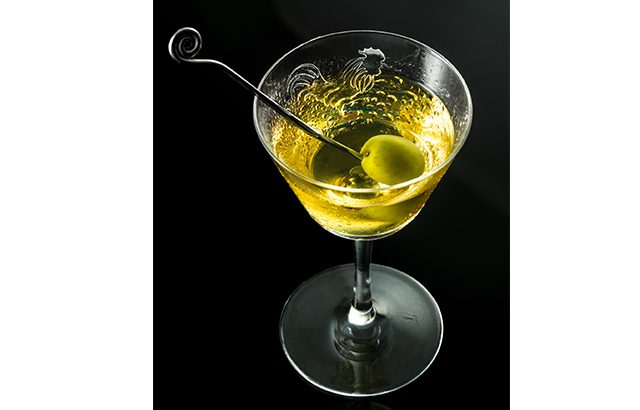 This year was a good one for Italian spirits, and the category’s on­-trade growth is set to continue as the Spritz craze shows no sign of waning. Campari recently announced that Aperol sales are up by 19%, and while it’s been on the ascent for several years, the spotlight has spilled onto all manner of aperitivos and amaros, which fit with the growing consumer interest in low-abv beverages.

Italicus Rosolio di Bergamotto, a 19th-century recipe resurrected by Giuseppe Gallo, won the Best New Spirit or Cocktail Ingredient award at Tales of the Cocktail this year, and Italian-inspired bars such as Bar Termini in London or Dante in New York continue to build a loyal following.