The Middle East poses many obstacles for drinks brands, including crippling taxation hikes and black and grey channels. Tom Bruce-Gardyne finds out how companies are tackling this dichotomous and multi-faceted market. 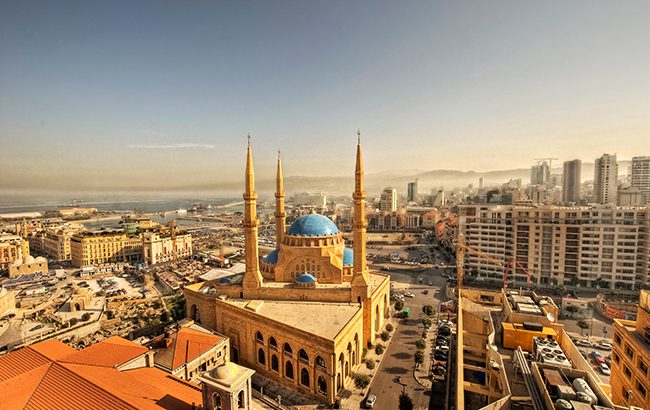 In war zones you always have people who want to keep living, keep eating, keep having sex and keep drinking. The Lebanese are very resilient. They get over catastrophe very quickly,” said the boss of Beirut’s Music-Hall club, Michel Elefteriades, in June 2016. One year later, as if to symbolise this spirit of defiance, the city’s Sky Bar rose from the ashes after a fire two years previously. It reopened in August on Beirut’s waterfront, and for Ziad Chami, Diageo’s marketing director for the region: “It’s the most iconic nightclub in the Middle East.”

Of course this vast, disparate region is not a single war zone, whatever the Western media might have you believe. For international spirits, any market close to the conflict in Syria and the refugee crisis is bound to be affected severely. Elsewhere, there is more concern over mundane matters such as tax, parallel imports and low oil prices, which have depressed trade in the Gulf.

Being a dark market, distribution in the Gulf is “quite straightforward”, says Joakim Leijon, head of marketing for Middle East and Africa at Edrington. “We work a lot with brand ambassadors, educating the trade and consumers, and the key for us is to drive value in the region. For The Macallan, it’s absolutely critical that we’re in the best places, that we’re visible and that we’ve got recognition from bartenders.” A priority this year is to build a stronger presence in the northern Emirates.

In Dubai, the growth “in real, luxury five-­star hotels, is quite flat, and it’s now more about expanding three-­ and four-­star hotels,” Leijon continues. In December 2016, the FT reported that an extra 54,000 hotel rooms were due to be built before the city hosts Expo 2020, though annual hotel occupancy rates were down by 3% in the year to October 2016. A surge in Chinese tourists has compensated for a fall in Russian ones, but they don’t splash the cash to the same degree, especially on international spirits.

Premium and super­-premium brands target western ex­pats and tourists with deep pockets. “In Bahrain you can find bottles of Grey Goose for £120!” splutters Leonard Russell, managing director of Ian Macleod Distillers. “If a pint of beer’s £10 – that’s £50 a round! In which case I might be less inclined to meet you for a drink after work.”

His main brand is King Robert, a value-­for-­money Scotch blend priced at seven Bahraini dinar (US$18), which is popular with Indian construction workers. Russell expects the brand’s share to increase as consumers trade down from blends like Johnnie Walker Red at 12BHD, though he’s doubtful volumes will grow.

Down the road in Dubai, whisky sales were around 250,000 cases last year (IWSR), representing 62% of total spirits consumption in the region – though barely a quarter was Scotch, Irish, American or Japanese. It’s a big Indian whisky market, in other words, and Royal Stag, McDowell’s No.1 and Officer’s Choice are the top brands.

To offset falling oil revenue, taxes have been hiked, with the rate doubling in Bahrain, and a new 100% sales tax in Qatar, says Russell. And it’s taxation, or rather a proposed change in the system, that torments the trade in Lebanon. For years the country has been a benign regime when it comes to spirits, but that may soon change, as Frédéric Soulignac, managing director for Pernod Ricard Middle East and North Africa, explains: “The Lebanese government recently voted for a dramatic increase in excise taxes from a fixed amount of 400 Lebanese pounds (US$0.25) per litre, to up to 25% ad valorem.”

Ziad Karam, Diageo’s corporate relations director for the region, says: “As a percentage of the final price it’s the worst tax model that can be applied to this industry worldwide. The whole trade is lobbying hard to have it revoked.” Apparently it would breach an EU trade agreement that “Lebanon cannot really afford to do”. Karam adds: “It’s now on the president’s desk and he may or may not sign it.”

Scotch whisky remains the leading international category in Lebanon, with sales of 352,000 cases last year, followed by vodka on 172,000, according to the IWSR. The leading standard blends are Johnnie Walker Red, Grant’s Family Reserve and Dewar’s White Label. Meanwhile, within premium Scotch, Johnnie Walker Black is double the size of its closest rival, Chivas Regal, for historic reasons. When owned by Seagram’s, Chivas was banned by the Arab League as part of the boycott against those trading with Israel. The ban was only lifted about two years after Pernod Ricard acquired the brand in 2001.

The Lebanese economy is “fairly stable,” reckons Edrington’s Leijon. “There is a growing middle class, real estate prices are increasing, and there’s an appetite for spending a bit more.” On top of that, he believes Lebanon has “the leading bar scene in the Middle East”, and one that influences bars right across the region.

Diageo is the market leader in Scotch, with Johnnie Walker represented in all its many colours. The brand’s popularity has inevitably attracted counterfeiters, with “traders buying up empty bottles and refilling them with fake product”, says Diageo’s Chami. “It’s not happening on a mass scale, and it doesn’t go into the big accounts, but it is a risk to our brands.”

At Pernod Ricard, it is Israel that “has been the growth driver [over] the last three years”, says Soulignac, whose efforts are focused on Chivas Regal, Absolut, Jameson and Ballantine’s. The fact that they are all popular brands in the US certainly helps, given how many Americans visit Israel. Last year they accounted for 22% of incoming tourists. Israel’s visitor numbers have been rising, unlike other countries – not least Egypt, which attracted just five million visitors in 2016 compared with 40m in 2010. The Egyptian market suffered badly last year, and according to Soulignac it has not improved much since.

The Israeli government moved from an ad valorem to a flat rate on excise tax in 2013, which “has benefited the premium whisky category quite a lot”, says Leijon, whose key offering The Macallan also enjoys good brand recognition among US tourists. “We have increased our investment in the market this year because we see big growth potential in Israel.” Yet the biggest headache for international brand owners here and in Lebanon is the extent of parallel trading

, which, according to the IWSR, can account for up to a fifth of a brand’s volumes. In Israel, “the government is almost encouraging the grey market,” says Leijon. “So, if you don’t have control of your pricing globally, it can become a big challenge. Luckily we’re in a fairly good position with The Macallan.” But there have been problems with Courvoisier, for example – one of Beam Suntory’s brands distributed by Edrington in Israel.

For Diageo’s Karam: “Parallel importing is a major issue we suffer from in Lebanon and in other MENA markets, particularly Iraq and Algeria, where government controls are weak, and where enforcement in mostly impossible.” Apparently, Diageo is in weekly contact with the Lebanese Ministry of Trade and customs officials to try to protect the market, particularly for Scotch whisky. As well as causing price instability, Karam reckons the trade changes people’s perceptions of brands, with consumers unsure of which are genuine and which are counterfeit. With regards to the source, “it’s basically from global traders that carry big stocks of spirits and tobacco, but they’re mostly not ‘Diageo first payers’”, he says, stressing that it is a universal issue that affects all companies and not just Diageo.

Inevitably, the turmoil in neighbouring Syria exacerbates the problem, with spirits pouring in through a porous and poorly controlled border. It is a high-­risk business for these unregulated traders, but they seem to believe the rewards are worth it.