Last month Our/Vodka debuted an eight-part documentary that took viewers on a journey behind the New York-based distillery, while Laphroaig unveiled a series of five online videos as part of its #OpinionsWelcome campaign.

Patrón tapped into the latest craze of augmented reality with the launch of its new Patrón Experience app, and Jägermeister recruited Primal Scream bassist Simone Marie Butler for its latest Halloween campaign.

Click through to the following pages to discover our pick of the top 10 spirits marketing campaigns launched in October 2017. 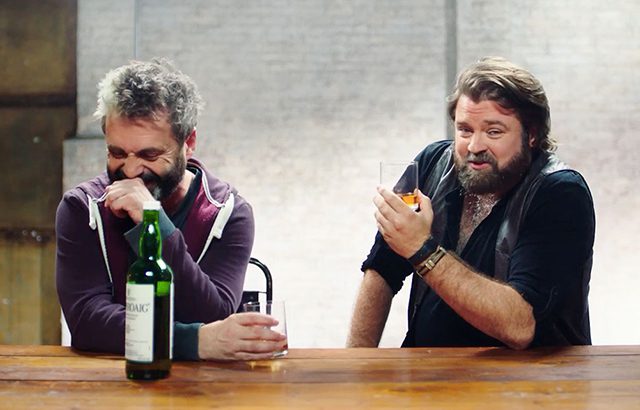 Islay single malt Scotch brand Laphroaig has unveiled a series of five ‘unscripted’ online videos as part of its #OpinionsWelcome campaign, called A First for Friends. The campaign celebrates friendship and a “memorable first in life”.

The campaign videos features “banter between old friends with starkly differing opinions”. Five real-life pairs of friends try Laphroaig for the first time and “share their 100% unscripted, authentic, honest opinions” of the whisky.

Judith Giegerich, international marketing manager, malts, for Beam Suntory, said: “Our new campaign showcases genuine friends trying Laphroaig for the first time and proves that ’we don’t make friends easily but when we do they are for life.” 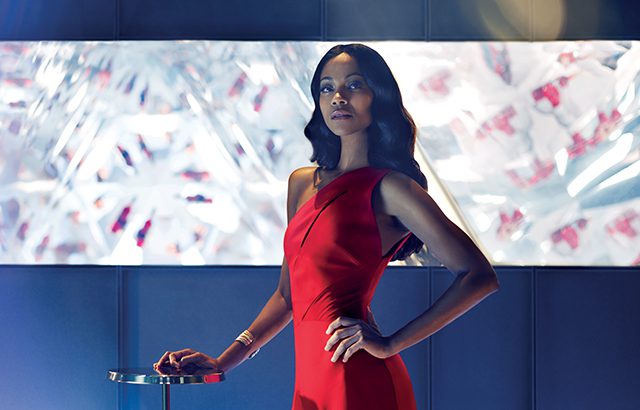 Campari has recruited Guardians of the Galaxy actor Zoe Saldana to star in a short film for the Campari Red Diaries 2018, which celebrates the talent of bartenders around the world. The story takes viewers on the “pursuit of the perfect cocktail” in Milan. 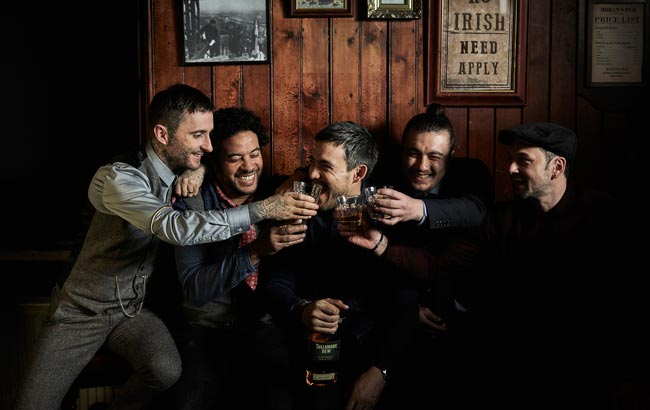 Tullamore Dew worked with MyHeritage DNA to review trends from around the globe, and discovered that 99.7% of people have a blend of multiple ethnicities – while just 0.3% of individuals sampled were of just one ethnic background.

The William Grant & Sons-owned brand is giving people the opportunity to test their DNA with the kits, which will be distributed via a gifting programme and through its social channels. As a triple blend of pot still, malt and grain Irish whiskey, Tullamore Dew is aiming to “champion the transformative power of blend” with the initiative.

The Beauty of Blend campaign launches on the brand’s YouTube channel. 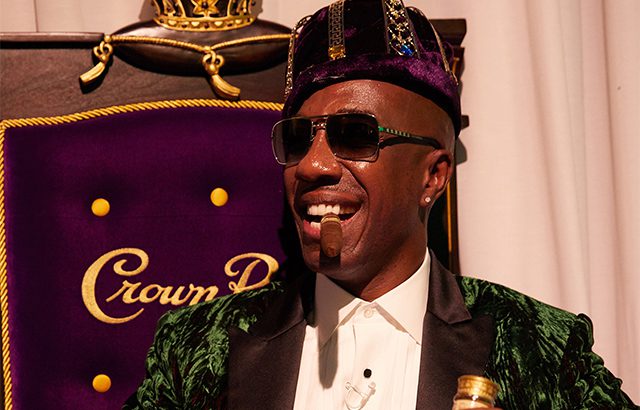 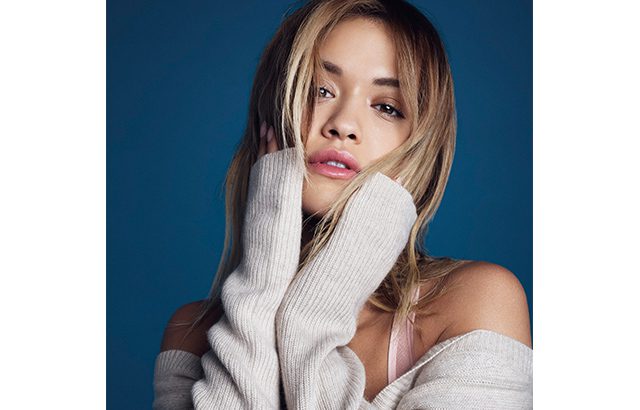 Absolut vodka has teamed up with singer Rita Ora to launch The Open Mic Project By Absolut, which aims to use music “as an instigator for change”.

The project promotes “more acceptance” through a song that will be created using real stories from fans. Rita Ora and Absolut intend to use the platform for “amplifying, and uniting, voices across the nation to refresh the talk”.

People will be able to submit their stories of acceptance and inclusivity to TheOpenMicProject.com until 1 December.

Ora will debut the song at January’s Grammy Awards.

“From sharing my own story to spotlighting others, we’re bringing the issue of acceptance to a global stage and changing today’s chat to be more inclusive,” she said. 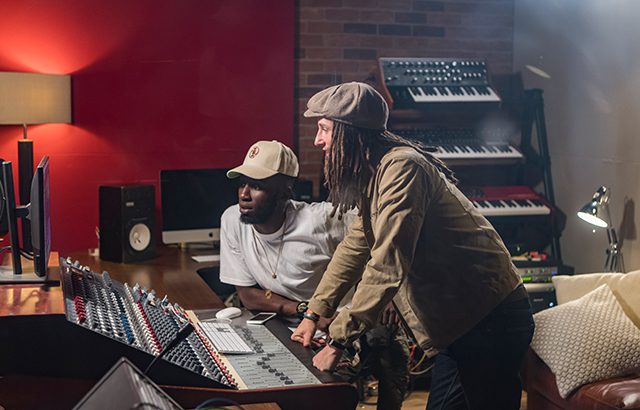 Cognac house Hennessy has teamed up with recording studio Abbey Road for a campaign that aims to “blend artists and genres together”, called Masters of Potential.

The partnership will see Hennessy UK and a panel of music industry heads team up to give artists the time and space to record “rare live-to-vinyl tracks” at the studio as part of a new programme.

Kojey Radical and JP Cooper were the first artists in the scheme and recorded two tracks – Party and She’s On My Mind. 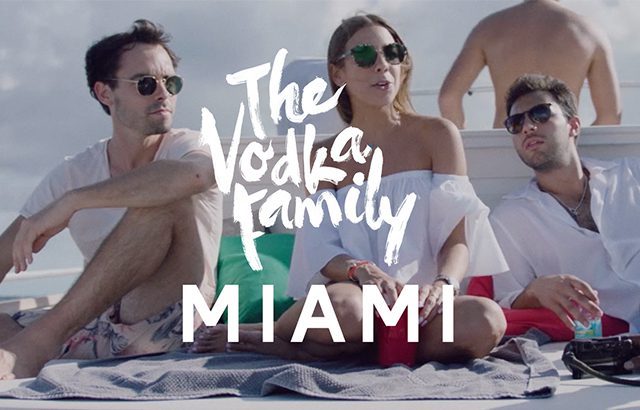 Our/Vodka has launched a new eight-episode documentary that takes viewers on a journey behind the New York-based distillery.

The viewers will also learn the story of how Pernod Ricard decided to fund an intrepreneurial idea that became the Our/Vodka family. “Every city and distillery partner has its own story and personality. The only thing that binds them together is the vodka and the family, but that is also what makes the brand so unique,” says Kalle Soderquist, co-founder and creative director of Our/Vodka.

The campaign features “eerie” animations, videos and soundtracks and features images reminiscent of “classic horror stories and the forests of Saxony”.

The four characters from the videos, known as ‘The Cursed Four’, will also feature on bespoke Halloween 2cl miniatures of Jägermeister. Jägermeister notes that its rate of sales increased by 34% during last year’s Halloween period. 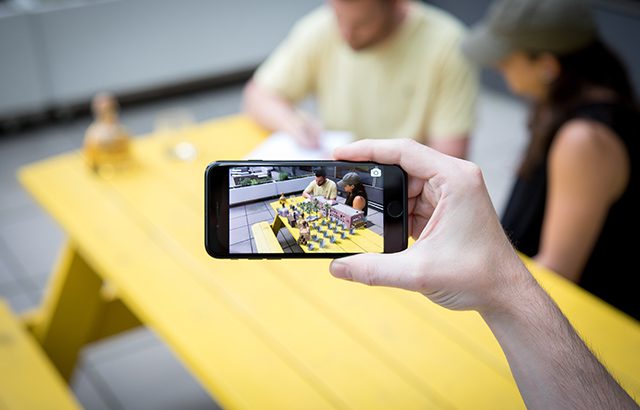 Patrón is one of the first brands to make full use of this advancement in AR technology through Apple’s iOS 11 update and the A11 Bionic Neural engine.

The Patrón Experience provides a portal to the distillery where consumers can learn about the ageing process of ultra-premium Tequila. 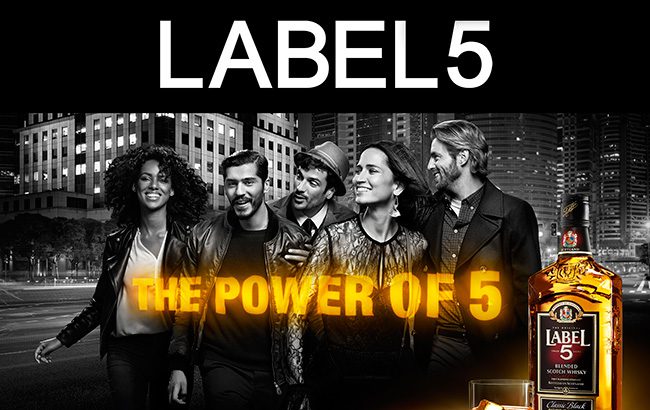 The launch marks the first time that Label 5 has created a marketing campaign specifically for the international market, outside of France.

Unveiled at the TFWA World Exhibition & Conference in October, the campaign will run digitally and through print marketing. The Power of 5 is described as an evolution of Label 5’s City Lights campaign.

“The goal was to go deeper into the campaign,” said Nadège Perrot, international senior brand manager for Label 5. “Label 5 brings together a worldwide community around its new claim, The Power of 5, where we celebrate togetherness in a real and spontaneous way.”