An essential part of a bartender’s cocktail-making armoury, there is a growing excitement for liqueurs among the on- and off-trade. As our Masters competition shows, this is for good reason.

As cocktail creativity excels, so too has experimentation and quality within the liqueurs category, the mixology community’s long-­term bedfellow. Overall growth may have stalled – the category’s sales were stagnant in 2016, according to Euromonitor data – but many brands are engaging consumers with interesting product extensions that align with current trends. The category has also been busy appropriating the ‘c’ word with new small­-batch, ‘craft’ offerings. However, a growing consumer desire for low­-calorie drinks may be hampering the growth of liqueurs, which according to EU law must contain 100g of sugar per litre.

As such, liqueurs, whether in a cocktail or enjoyed solo, are often viewed as a treat by consumers and, according to the philosophy of The Great British Bake Off judge Prue Leith, drinkers want to be sure that the calories are worth it. Our Liqueur Masters aimed to assess the quality of the category by inviting a group of experienced judges to quirky cocktail bar Bunga Bunga in Battersea, London, for a blind tasting.

Assessing the entrants were two panels of tasters, who made their judgements according to appearance, aroma, flavour and overall balance. One group was chaired by me, Amy Hopkins, editor of The Spirits Business, and also consisted of Jason Window, head of business development at Inception Group and owner of Bunga Bunga, and drinks consultant Andrea Carozzo. The second was chaired by Tobias Gorn, group wine and cigar buyer at Boisdale, and consisted of Nicola Thomson, director at Fifteen71, and Aisling Fisher, Inception Group’s business development manager.

In true apéritif style, my panel kicked off proceedings with the Herbal flight and were pleased by what they discovered. Gold medallist Licor 43 was praised for its “honeycomb and hay” character. “I thought this was really smooth and had a nice nose. Enjoyable from start to finish,” said Window. The King’s Ginger also secured the accolade for its “amazing balance”. “A small amount of this could be used instead of fresh ginger in a cocktail,” observed Carozzo, adding: “I really like it, it’s very distinctive.” Another Gold was awarded to Ancho Reyes – said to have an “interesting chilli heat” – while HirschRudel Kräuterlikör and Valhalla by Koskenkorva bagged Silver.

Carozzo said of the Herbal flight: “There were some unique spirits here, which was great, and there were some wonderful modern alternatives to use in cocktails.” 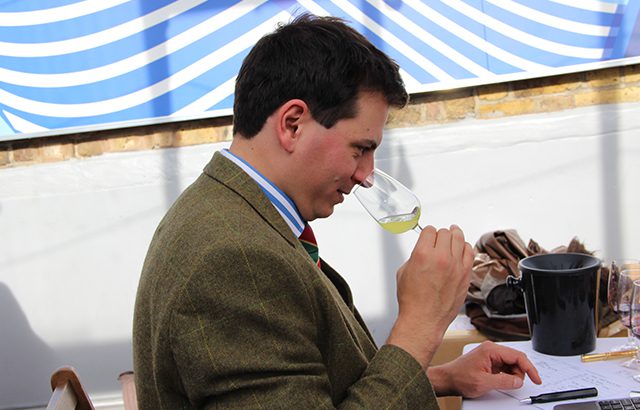 Both panels then tackled a sizeable Fruit liqueurs flight, taking in an abundance of jewel colours and corresponding sweet flavours. The round yielded an impressive four Master medallists – the most Masters in any round throughout the competition. Vedrenne’s Peach Liqueur was said to be “delicate and floral”, winning a rave review from Window: “This had a wonderfully long palate – it was just electric,” he said. “It’s like a sweet boiled fruit.” Giffard’s Caribbean Pineapple Premium Liqueur, said to be “very ripe and natural”, also secured the accolade. “This took me on a nostalgic trip and tasted just like a pineapple sweet from when I was a little kid,” enthused Window. Window also thought that Master­-winning Fair Açai had the “best nose of the entire flight”. Carozzo concurred, and said: “The colour was very good and it had lots of notes of black cherry and plum in the nose. It’s got a fantastic balance and is very smooth and gentle.” Fellow Master Saber Elyzia Black Currants was said to have “big but very well balanced flavours”. Also in the flight, Villa Massa Limoncello and Clarke’s Devil’s Own Hot Cinnamon Liqueur were awarded Gold, while six Silvers were also named. “I didn’t imagine this flight would be so smooth and enjoyable,” claimed Window.

Gorn’s panel examined a small selection of Floral liqueurs and awarded two Gold medals, to Joseph Cartron’s Miel and Sureau expressions. “This had a great earthy touch with a balanced sweet finish,” Gorn said of the former, while saying the latter had a “big, concentrated character with a great length”. 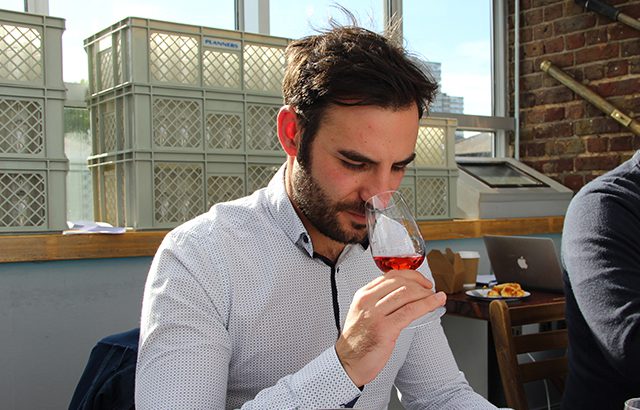 Thomson said: “The flights covering the Floral and Fruit liqueurs I felt were, unexpectedly, incredible strong. Very few were too over-confected and there was a lovely purity of taste profiles.”

Vedrenne’s “extremely pronounced” and “very natural” Elderflower Liqueur bagged Gold in the dedicated Elderflower category, while Aldi’s Bellucci Amaretto Liqueur, described by Gorn as providing “a massive burst of bakewell tart and freshly baked cherry cookies”, also secured Gold in the Amaretto flight. Another Master­worthy expression was discovered in the Cassis flight – Aldi’s Specially Selected Crème de Cassis. “This is viscous and ripe with a hint of cherry on the end, and a long finish with a good mouthfeel,” said Carozzo. “It was pleasantly light on the back palate and smooth,” added Window. Joseph Cartron’s Double Crème de Cassis was awarded Gold. “I could imagine this poured over some ice cream,” said Window. “It would also be great just topped up with Prosecco.”

Next up for Gorn’s panel was a flight of Chocolate liqueurs, which yielded two Golds and five Silvers. Mozart Dark Chocolate won Gold, and was praised for its “balanced savoury touch and bittersweet cocoa finish”. Fellow Gold recipient Joseph Cartron’s Cacao Blanc won praise for its “intensity of butterscotch, hazelnut and baked almonds”. 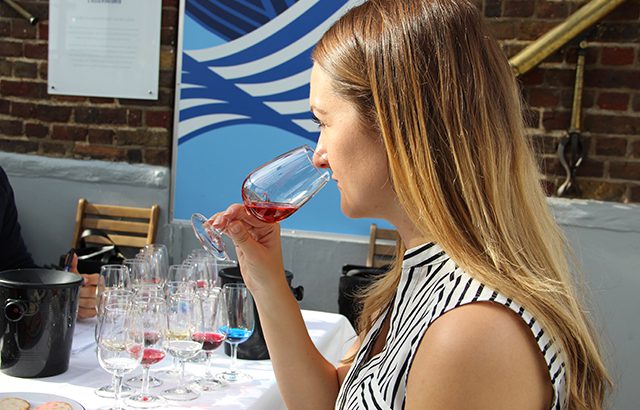 My panel then assessed a flight of Coffee liqueurs, a category that has been gaining momentum. Here, Cold Brewed Koffielikeur was given a Master. Window said it would “make a great sweetener in a cocktail”. He added: “It would make a great Espresso Martini and I’d even recommend to any of my guests if they ordered an Espresso Martini to just drink this instead.”

Both panels then shared the selection of Cream liqueurs, bestowing the coveted Master title on Spain’s Licor 43 Orochata. “I found lovely flavours of nuts and spices and marzipan on the palate,” observed Carozzo. “It was very soft and delicious.” For Window, “it was like a well­-baked cake”.

A further five Gold medals and three Silvers were awarded across the flight. Carozzo said of Gold medal recipient Carthy & Black Yorkshire Lemon Gin Cream Liqueur: “This was just like a lemon drizzle cake. Very gentle with a lovely long finish. The colour was great, too. Really good quality.”

Liqueurs are often unfairly labelled as outdated and one-­dimensional – the uncool sibling in the spirits world – but this year’s Liqueur Masters offered up quality and creative in abundance. Judges were pleasantly surprised by the level of balance and character on display, particularly in classic categories such as Fruit and Cream. As consumers continue to seek interesting flavour profiles from brands with a story to tell, I for one can’t wait to see what the category will do next.

Click through to the following page for the complete list of medal winners from The Liqueur Masters 2017.