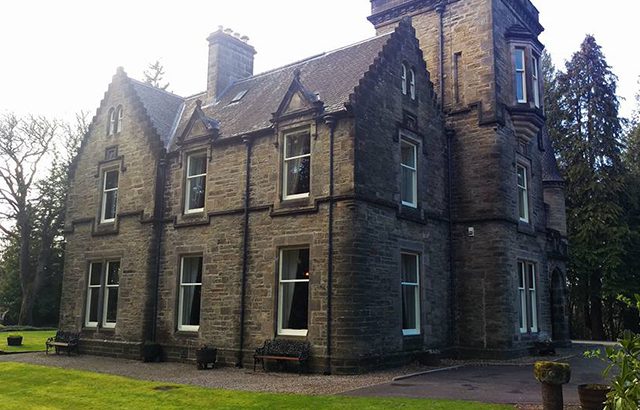 Last week, spirits journalists from across the world were whisked to the idyllic Linn House in Keith, Scotland to spend a few days with the team at Ballantine’s for the launch of the brand’s first single malt series. 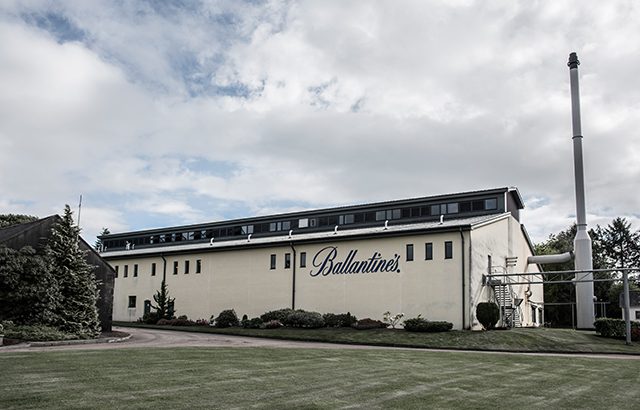 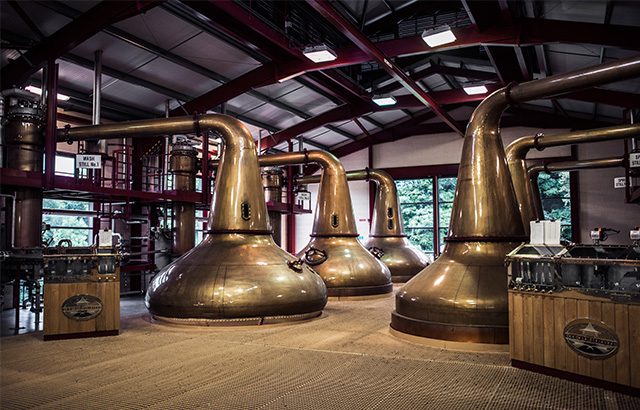 Glenburgie has been the ‘signature’ single malt used in Ballantine’s since 1935, when brands owners Chivas Brothers purchased the distillery so as to secure a regular and consistent supply. The pot stills were the only pieces of equipment transferred to the new facility in Moray after the refurbishment. 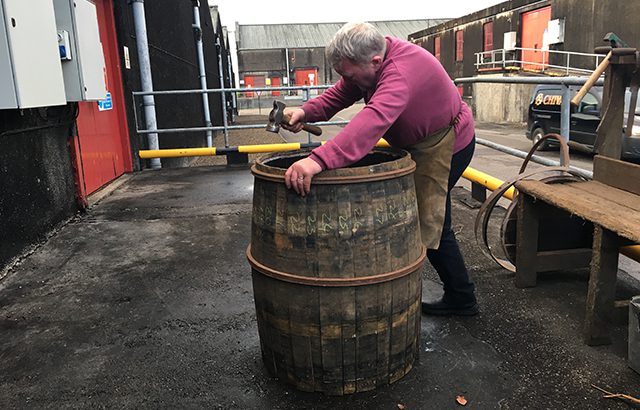 A retired cooper also came out of retirement for one day to show the group how to manually put together a wooden whisky barrel. According to Brian (pictured), he along with other coopers, would make around 10-15 casks by hand every day. 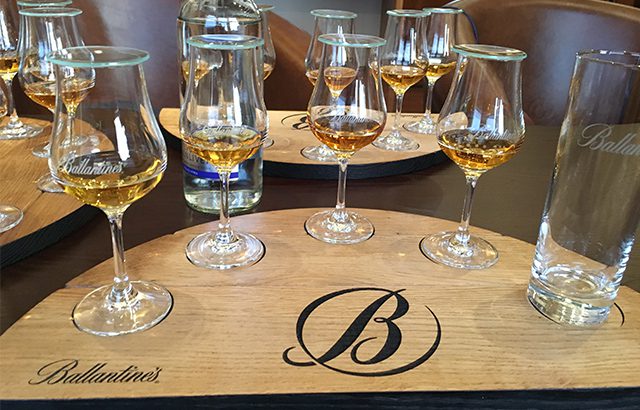 Following a tour of one of the barrel warehouses, we then took part in a tasting of the new single malt series, which comprises of Glenburgie, Glentauchers and Miltonduff. All bottled at 40% abv, the 15-year-old whiskies in the range are described as “staying true” to the Ballantine’s brand. 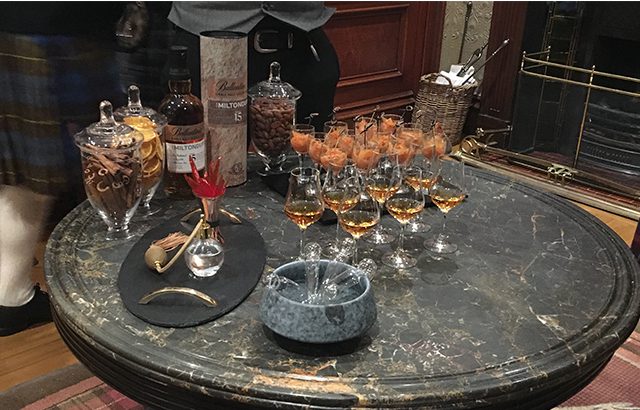 It was time to head back to Linn House for a traditional Scottish evening, with journalists donning kilts and sashes to get in to the Scottish spirit. First we headed to the Library Bar for a garnish masterclass with drinks expert Michael Cameron to learn how to taste the single malts through the sense of taste and smell. 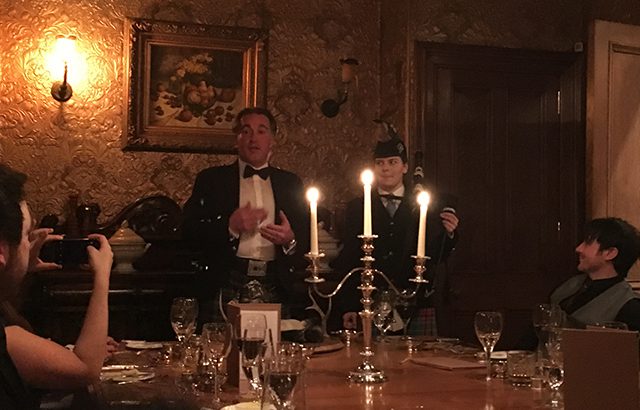 The masterclass was followed by a magnificent Scottish dinner with scallops to start, and neeps and tatties accompanied by a traditional poem recited by Chivas Brothers’s global brand ambassador Ken Lindsay. 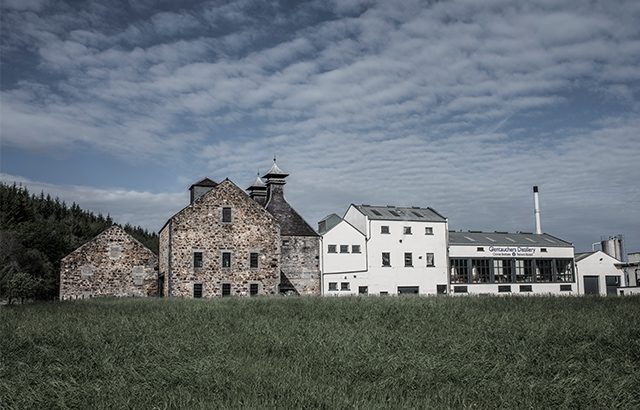 The next day saw the group arrive at Glentauchers distillery in Keith for a tour led by distillery manager Mark Cruickshank. The group was the first to visit the distillery outside of non-Chivas employees. Built in 1897, Chivas Brothers acquired the distillery in 2006. 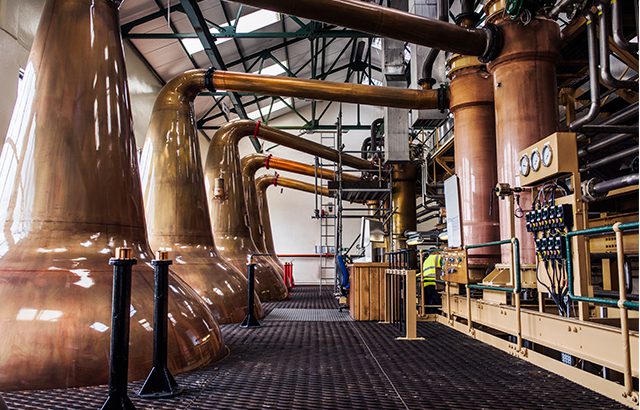 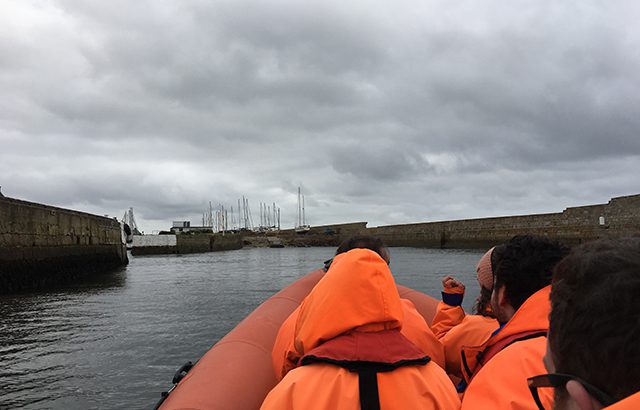 The trip culminated in a boat trip departing from the historic fishing town of Lossiemouth to take in the breath-taking views of the rugged Moray coastline and the mouth of the iconic River Spey. Returning to Lossiemouth, the group enjoyed a seafood lunch, before departing back to Aberdeen for home.