A waterfront oyster bar, a glamorous New York-style rooftop den and an all-day drinking destination are among the hottest bars to open their doors last month.

In London, the five-star Langham hotel on Regent Street has opened a modern British tavern featuring a drinks list by the world-renowned Artesian and a food offering curated by Michelin-starred chef Michel Roux Jr.

Across the pond, an outdoor rooftop, lounge, pool and grill set high above Hollywood with unparalleled aerial views of the famed Hollywood sign has opened its doors in Los Angeles.

Click through the following pages to discover some of the world’s hottest new bars in July 2017. 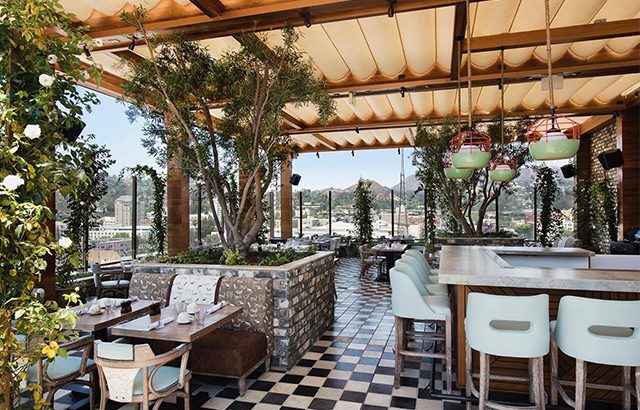 This luxe 11,000-square-foot outdoor rooftop, lounge, pool and grill is set high above Hollywood. The Highlight Room’s chic, modern sundeck is the ideal destination to relax by the pool on plush loungers or in luxurious private cabanas, while enjoying a light menu and handcrafted refreshments. The restaurant will serve guests signature drinks and Californian fare from breakfast until mid-day. At sundown, this Hollywood retreat opens its doors to the rooftop bar and lounge. 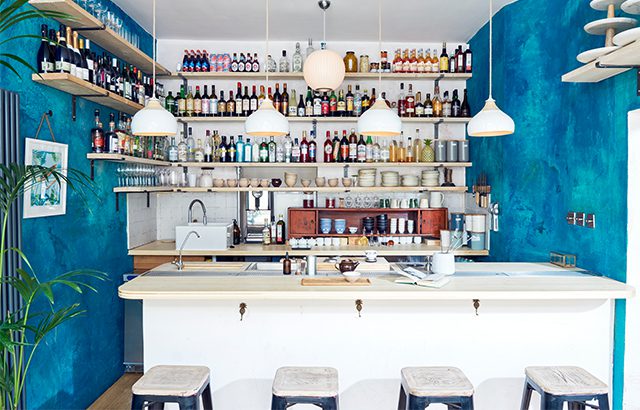 The brainchild of renowned bartender and drinks expert, Richard Hunt (Milk & Honey, Hawksmoor, Mahiki), the Mint Gun Club, based in Stoke Newington, specialises in delicious apéritifs, globally-inspired cocktails, fine teas and an array of exotic delicacies. The drinks menu features a selection of avant-garde cocktails: fragrant and diminutive Gimlets; an extensive array of tropical Apéritifs; tonics and sodas; and innovative cocktails and nightcaps. 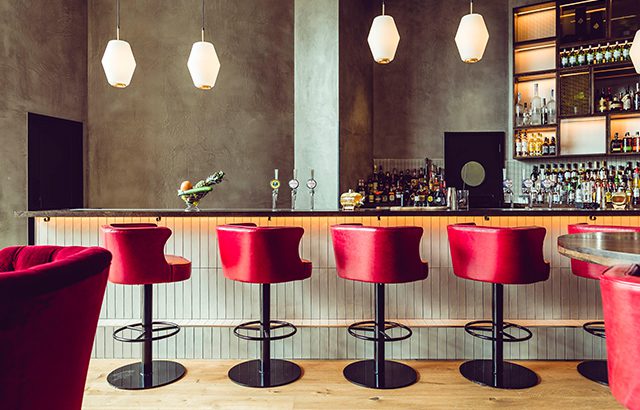 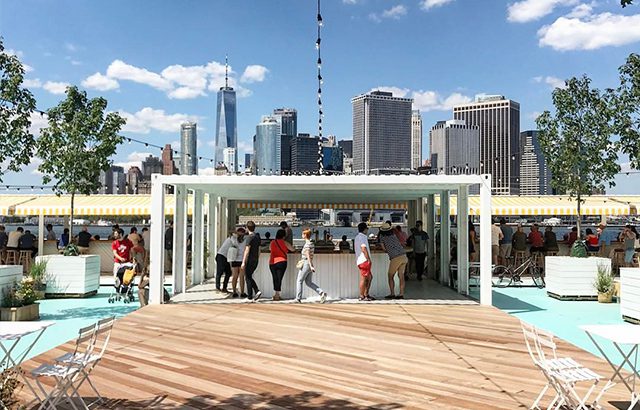 Located on Governers Island, Island Oyster is a new waterfront oyster bar from the team behind Grand Banks. The 32,000-square-foot spot (which is currently just open for cocktails, wine, beer, and oysters) will soon launch a full food menu featuring a lobster rolls and fish tacos. Located adjacent to Soissons Landing, guests at Island Oyster can look out at Brooklyn, Manhattan, New Jersey and Ellis Island at a 36-seat white marble and mahogany oyster bar, a 44-seat waterfront banquette and a 100-foot bar along the water’s edge. 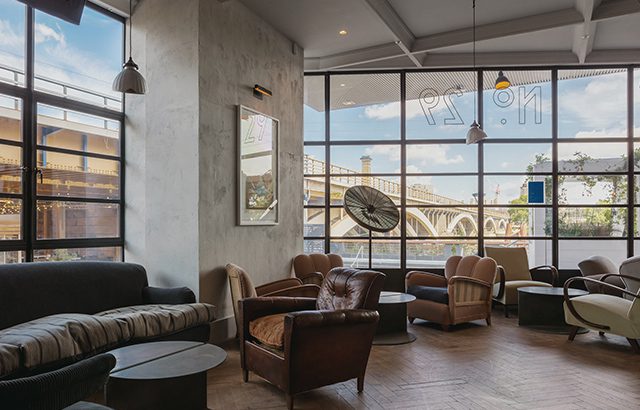 Independent bar group Darwin & Wallace has opened its latest all-day drinking and dining destination near Battersea Power Station. No 29 Power Station West serves over 30 wines, 20 craft, draught and bottled beers, homemade soft drinks and a collection of seasonal long and short serves including the Watermelon Sour and Passionfruit Caipirinha. With inspiration drawn from both local and worldwide influences, over 100 pieces of hand picked and crafted furniture, tiles and artwork fill the bar including handcrafted Bert & May tiles that run throughout the downstairs River Bar. 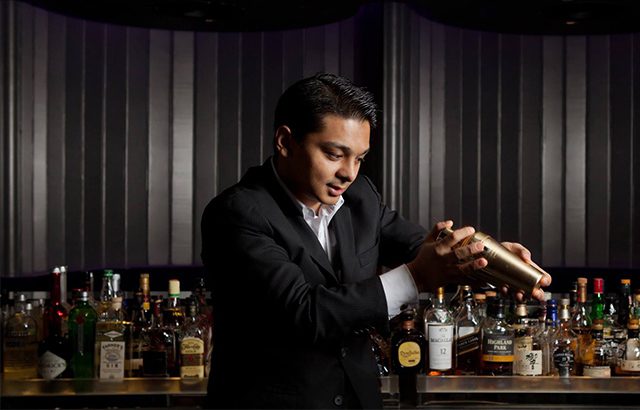 Taking its name from Ernest Hemingway’s The Old Man and the Sea novel, the bar will pay tribute to the drinking culture that the author strongly advocated around the world. The Old Man on Aberdeen Street was founded by three Hong Kong bar veterans, Agung Prabowo, James Tamang and Roman Ghale. Its drinks list features cocktails with Asian flavours within a “moody but charming” atmosphere. 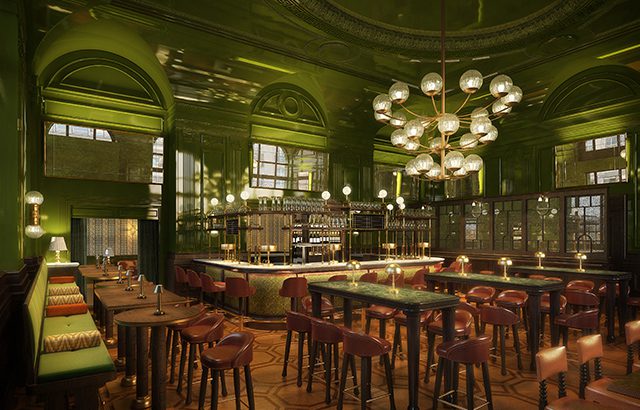 Modern British tavern The Wigmore has opened its doors within The Langham hotel on Regent Street. The venue will serve a drinks list from the team behind Artesian, including great wines and cask ales. A variety of mixed drinks that celebrate Britain’s drinking history include cups of punch, house “hoptails” and classic cocktails that have all been created in London. The food menu, overseen by Michelin-starred chef Michel Roux Jr, is inspired by quintessential British pub fare, using seasonal ingredients from producers that are leaders in their field. 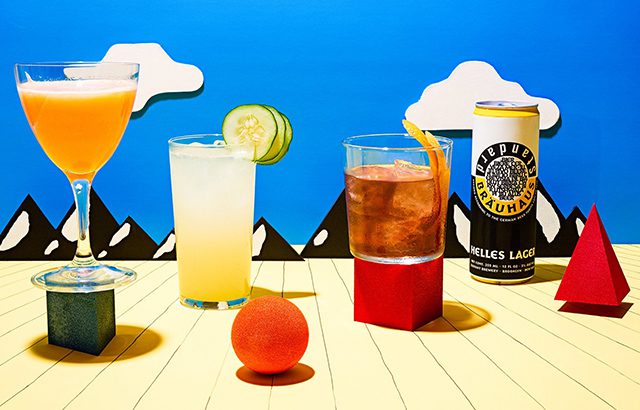 Tucked behind The Standard hotel, East Village is narcbar – a laidback all-day drinking den. The drinks list, masterminded by New York bar veteran Tonia Guffey, features classic cocktails with lots of fresh juices in the mix. The bar’s food offering has been curated by Michelin-starred chef John Fraser, who has created a list which includes onion rings with buttermilk dip; the narcburger; the obligatory kale salad, and the rude boy ceviche. 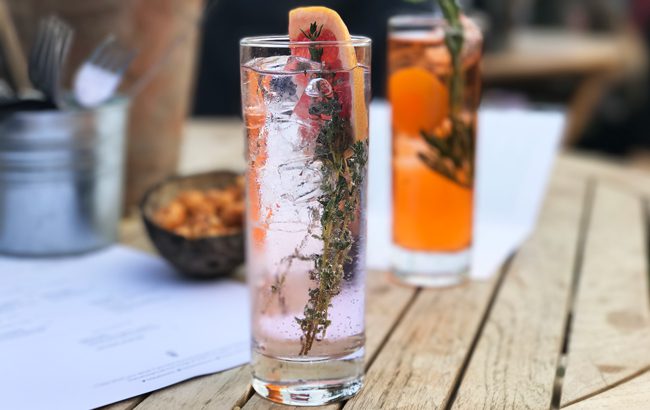 Located on the rooftop of John Lewis Oxford Street, The Gardening Society is arguably one of the best terraces in London. Modelled on the quintessentially British summer garden, this picturesque hangout houses what is said to be Britain’s smallest pub, the Gardener’s Arms, as well as a cocktail bar from production agency Background Bars. The sky-high oasis has recently welcomed a pop-up concept by The Elephant – the first restaurant in the town of Torquay to be awarded a Michelin star in 2005. Running until the end of September, the residency offers casual fine dining from chef proprietor Simon Hulstone and his wife Katy, with a changing daily menu dependent on seasonal availability. 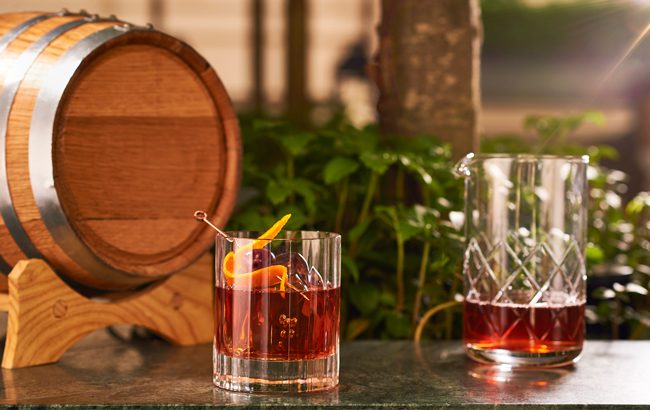 The Terrace at Rosewood London has partnered with men’s lifestyle magazine GQ to host the first-ever pop-up GQ Bar in association with gin brand Tanqueray No. Ten. Nestled in the hotel’s courtyard, the secluded sanctuary tailors for all tastes – from breakfast lovers through to late-night imbibers. The cocktail offering includes the Daisy Sour, comprising Tanqueray No. Ten, chamomile syrup, fresh lime juice, green chartreuse, and egg white; and signature serve the GQ Bar Manhattan, containing Bulleit Bourbon, Belsazar White Vermouth, orange soaked barrel aged Bourbon and vanilla bitters. An extensive wine list offers much by the glass – and you’re feeling peckish, an all-day menu of delectable bar bites is sure to tempt you. SB recommends the green pea fritters with spouting broccoli and romesco sauce. 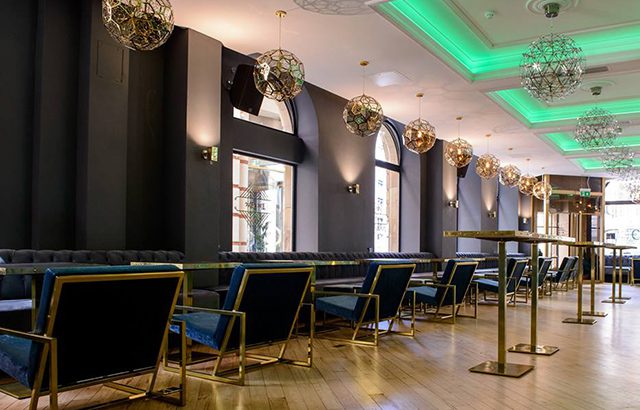 Coffee and cocktail bar Roc and Rye has opened in the heart of Manchester’s upper King Street area. A bold turquoise leather bar runs down one wall, with a gilded art-deco style back bar stacked with spirits including whisky straight from the barrel. A creative range of cocktails will also be available including the Lost at Sea, a smoked and barrel-aged drink mixing Jameson Cooper’s Croze whiskey, Cherry Heering liqueur, Del Maguey Vida mezcal and cherry and grapefruit shrub inside a ship-in-a-bottle.