Following soaring consumer interest in whisky and other products hailing from Japan, are we about to see an explosion in ‘Japanese’ gin brands? Amy Hopkins ponders the potential for a new spirits sub-category. 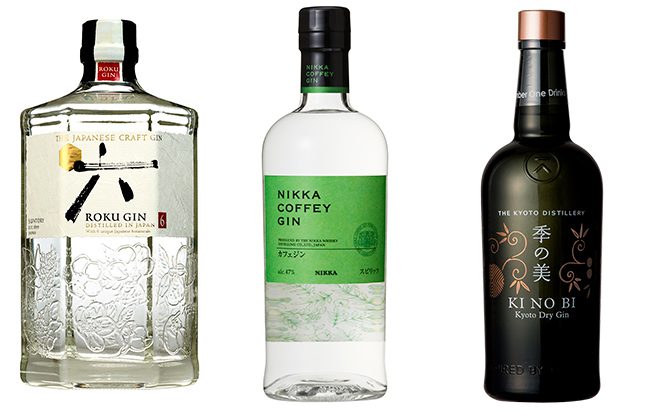 Look across some of the most prevalent trends in food, drink and hospitality, and it becomes clear that some of the world’s foremost chefs, bartenders and establishments are experiencing something of a love affair with Japan. As consumer interest in Japanese whisky skyrockets, ingredients such as yuzu are making their way onto cocktail and food lists the world over, and bars are increasingly attempting to channel the much-admired art of Japanese hospitality.

It now seems that another Japanese trend is gathering pace: gin. In 2014, Cambridge Distillery created what it claimed was the “world’s first” umami Japanese Gin, made using Japanese botanicals and distilled in Cambridge, UK. This product was used as the base for Cambridge Distillery’s Watenshi Gin – created by capturing the evaporation, known in the industry as the ‘angel’s share’, of its predecessor product. At £2,000, it was said to be the world’s most expensive gin.

I was lucky enough to visit The Kyoto Distillery last year, and was struck by the team’s ambition to – as far as possible – create authentic Japanese products, use innovative distilling and blending techniques, and become part of the fabric of Kyoto’s community.

The launch of Ki No Bi seemingly started a chain reaction. After hinting it intended to move into Japanese white spirits, Beam Suntory confirmed the addition of Japanese gin Roku to its portfolio. The gin is made at the group’s Osaka-based distillery and contains six Japanese botanicals – cherry blossom, cherry leaves, green tea (sencha), refined green tea (gyokuro), Japanese pepper and yuzu – along with eight imported botanicals.

Most recently, Japanese spirits producer Nikka expanded its Coffey range with the launch of a gin and vodka. Nikka Coffey Gin is produced using 11 botanicals, including yuzu, sansho pepper, kabosu, amanatsu, and shequasar from Japan. Other botanicals include juniper, angelica, coriander, lemon peel, orange peel, and apple juice. More details of the gin and its production will be revealed on thespiritsbusiness.com in due course.

Usually when the popularity of a spirits sub-category soars, speculation about potential M&A activity for larger drinks groups persists. However, in this instance, there are relatively few distilleries in Japan to buy, and even fewer with the capacity to make gin. Japan’s spirits industry also has almost no culture of buying third party stocks, and so independent bottlings also seem improbable. However, it remains to be seen whether some of the lesser-known Japanese distilleries will into gin, particularly as many continue to experience whisky stock shortages.

Furthermore, it’s likely that we will see the launch of more products labelled as ‘Japanese gin’, despite not being made in Japan, but distilled using a number of Japanese ingredients. As consumer scrutiny increases, will drinkers want reassurance that such products have been made in Japan, using authentic Japanese distilling practices? Would such products be good for an industry so predicated on authenticity and quality? I’d be interested to hear from anyone with an interest in the Japanese spirits industry regarding this. Feel free to get in touch!