SPI Group’s Stoli Vodka has introduced Raising The Bar, a site developed to champion individuals and organisations working to advance LGBTQ+ diversity within the US on-trade community. 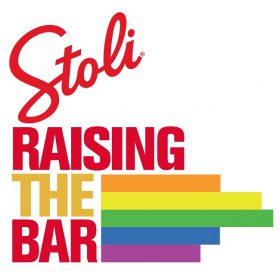 Developed in partnership with magazine Out.com, HeroesRaisingTheBar.com features all of Stoli’s lesbian, gay, bi, trans, queer and other identity-focused activities from events. The platform will also feature the ‘Heroes of Diversity’ series of video interviews which aims to inspire action.

Stoli is also calling for Heroes of Diversity nominations for future videos, to be decided by a panel led by the brand’s North American LGBT manager and ambassador, Patrik Gallineaux.

“Raising the Bar is our vow to the community to not only continue our support, which started in the 1980s, but to amplify it. This is our purposeful mission of recognising our current incredible network of partners and of scouting out new ones who can take their local programmes from great to game-changing with our help.”

Over the past five years, Stoli as donated more than US$1 million and offered product and on-site event support to more than 30 national and local LGBTQ+ and ally associations.

The launch of Raising the Bar follows the fourth annual Stoli Key West Cocktail Classic, the world’s largest LGBTQ+ cocktail competition, which was on by ABC Cocina’s Kayla Hasbrook.