A navy strength gin aged in oak from a famous warship, a set of single-state mezcals, and the inaugural spirits range from BrewDog’s Lone Wolf Distillery crowns our selection of April’s top spirit launches.

Last month saw Stoli Vodka tackle the health-conscious crowd with new brand extension Stoli Crushed – a mix of real fruit juice and the vodka’s gluten-free expression – while Cognac house Pierre Ferrand channelled the “golden era” of Cognac with a nostalgic release aged first in traditional French oak casks and then in casks that once held Banyuls, a fortified wine produced in the south of France since the 13th century.

Scotch whisky sweetheart The Macallan collaborated with Steven Klein to create the sixth and final edition in its Masters of Photography series, crafted to convey the concept of ‘time’, while Fusion Whisky and Adelphi Distillery expanded their range of Scotch-Japanese hybrid whiskies with the launch of an 18-year-old liquid. 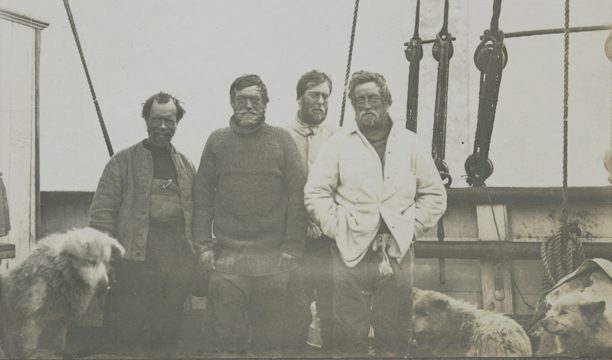 Shackleton set in sail in 1907 on a ship packed with 25 hand-selected cases of Mackinlay’s Rare Old Highland Malt Whisky. He and three companions became the first to set foot on the South Polar Plateau in January 1909 – but abandoned pursuit of the South Pole as the team was close to starvation and suffering from severe exhaustion.

In 2007 three cases of the whisky were uncovered, frozen into the ice beneath Shackleton’s base camp. Whyte & Mackay’s master blender, Richard Paterson, analysed and re-created the whisky, and has used this as the foundation to create Shackleton.

A contribution from all Shackleton whisky sales will be made to the Antarctic Heritage Trust, and will help to preserve Shackleton’s 1907 basecamp on Antarctica and support related projects. 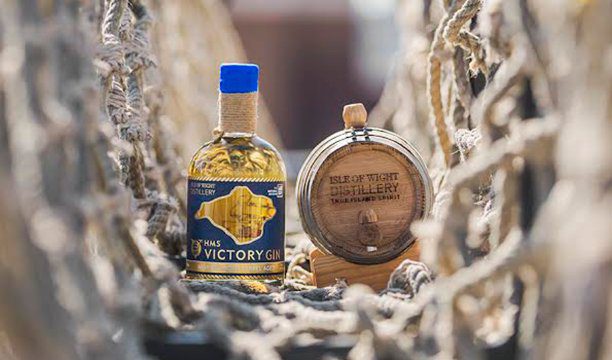 The Isle of Wight Distillery launched the second limited edition in its line of navy strength gins aged in oak barrels containing original wood from the HMS Victory.

The gin contains a “higher concentration of botanicals”, resulting in a “more intense flavour”.

England’s only master cooper Alastair Simms created the barrels containing original HMS Victory oak in which the gin has been rested for one year.

The distillery worked with The National Museum of the Royal Navy to create the expression and will donate a percentage of its sales to the restoration of HMS Victory. 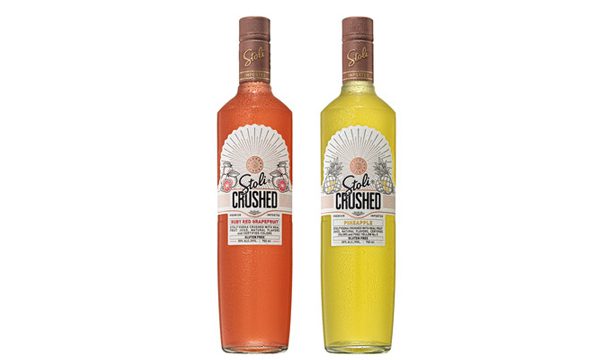 Stoli Crushed is an extension of the new Stoli Gluten Free innovation – a “completely new gluten-free recipe” comprising corn and buckwheat – and is produced at the brand’s production facilities in Riga, Latvia. 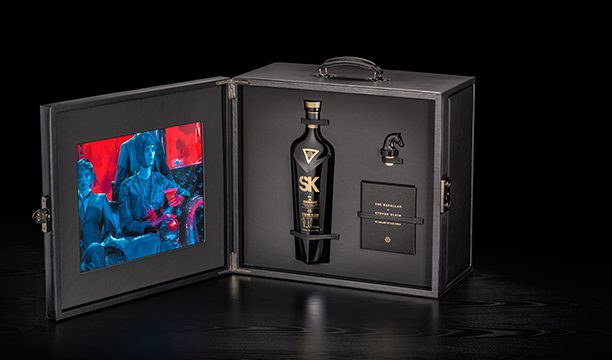 Edrington-owned Scotch whisky The Macallan collaborated with Steven Klein to create the sixth and final edition in its Masters of Photography series.

Crafted to convey the concept of ‘time’, the limited edition whisky is said to be The Macallan master whisky maker Bob Dalgarno’s interpretation of American photographer Steven Klein’s work.

It is presented in a unique decanter featuring a horse’s head stopper and black case that also holds a range of custom barware tools, and comes with one of 10 different Steven Klein prints exclusively created for the series.

The liquid itself has been bottled at 53.5% abv and marks the first time The Macallan has used casks that previously held Rioja wine, producing a flavour of “sweet berries and spices” along with a “pinkish colour” reflective of Klein’s imagery. 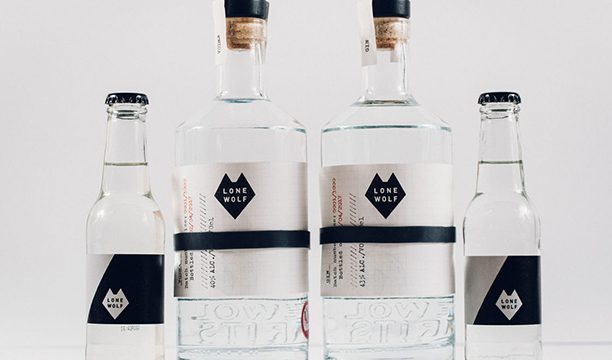 Scottish brewer BrewDog debuted the inaugural spirits range from its Lone Wolf Distillery alongside a complementary tonic and soda.

Lone Wolf Vodka is distilled four times and “lightly filtered” only once to allow the grain character to “shine through”, while Lone Wolf Gin is unfiltered, allowing “all the flavour and spirit complexity to remain”.

It took 192 unique distillations to finalise the recipe for Lone Wolf Gin, which contains 14 botanicals.

Lone Wolf Tonic has been formulated to mix with its gin, and Lone Wolf Mint Soda has been created for pairing with its vodka.

Lone Wolf Distillery, based inside BrewDog’s Ellon brewhouse, features what is said to be the world’s only triple bubble still and the tallest rectification column of any craft distiller in Europe, at 18 metres tall. 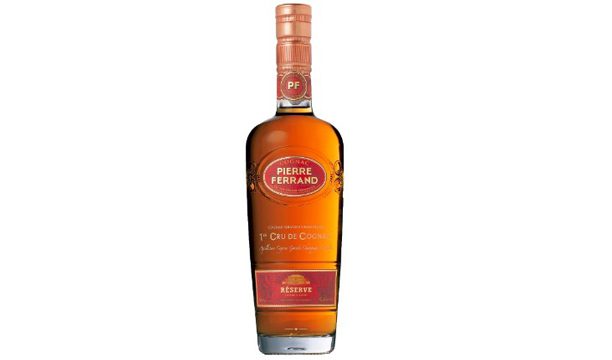 In a bid to mirror the “golden era” of Cognac, the expression has been aged first in traditional French oak Cognac casks and then in casks that once held Banyuls, a fortified wine produced and aged in the south of France since the 13th century.

The French oak Cognac has been matured for seven to 10 years in different ageing cellars – some dry and some humid. This liquid is then blended with 20-year-old Cognac and placed in Banyuls casks, which are matured in humid cellars for a further year. 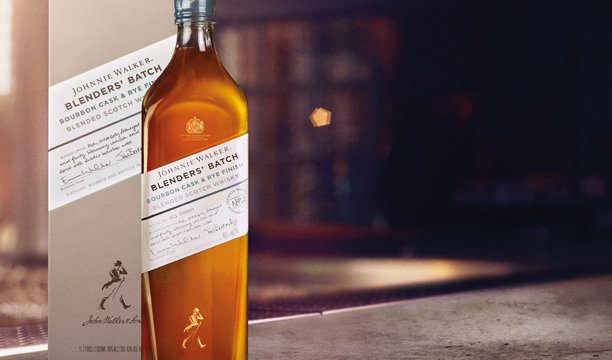 Described as “a bold experiment in flavour”, the new launch was created from experiments using more than 200 whisky samples. The final blend features whiskies from five distilleries including Dufftown and the now closed Port Dundas.

The blend is aged in first-fill Bourbon casks and finished for up to six months in former rye casks, resulting in a “rich” whisky with “intense honeyed sweetness”.

This limited edition whisky is part of Johnnie Walker Blenders’ Batch portfolio – the result of hundreds of ongoing flavour experiments carried out by a small team of blenders led by master blender Dr Jim Beverage. 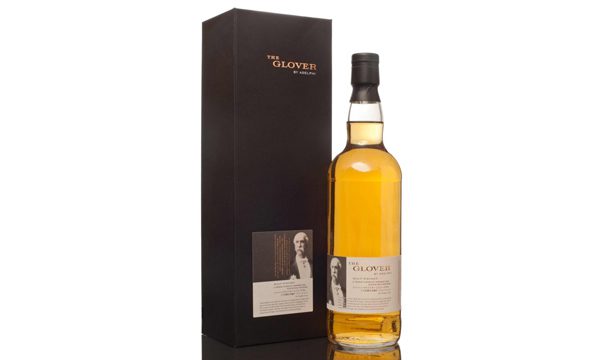 Fusion Whisky and Adelphi Distillery have expanded their range of The Glover Scotch-Japanese hybrid whiskies with the launch of an 18-year-old expression.

The edition follows the launch of The Glover 22, The Glover 14 and a previous The Glover 18, but is said to have a “a little more Sherry cask influence” than its predecessor.

In line with the rest of the range, the whisky is composed of liquid from Scottish distilleries and the Hanyu distillery in Japan.

It is said to be “initially tangy with decadent marzipan and milk chocolate” leading to “a very well balanced” finish with “a hint of fresh pepper and the slightest hint of distant smoke”. 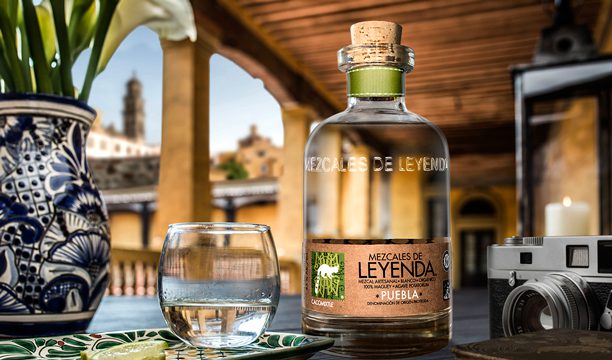 Each mezcal is produced using traditional, sustainable methods specific to each region, from harvest to distillation, said to maintain the “craftsmanship of true mezcal”.

Puebla is produced from agave poatorium, or ‘Tobala’, and is said to be one of just two mezcals produced in the state. The agaves are cooked in a lava rock-lined put for four days, before being fermented in open-air oak vats and double distilled in a copper alembic still.

San Luis Potosí is made from salmiana agave grown in the rocky central Mexican plateau. Cooking takes place in clay ovens for two days and fermentation in natural vats for four days, before the liquid is copper distilled. 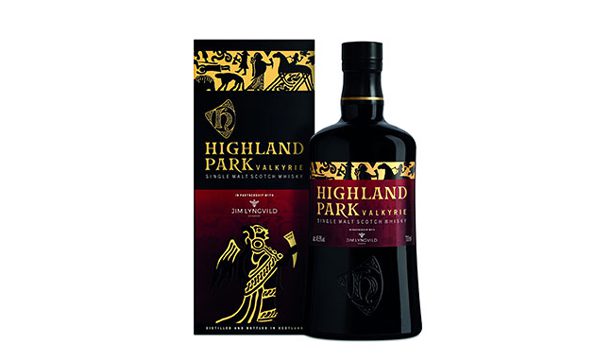 Highland Park unveiled the first bottling in a special edition range inspired by Viking history. Called Valkyrie, the release will be followed by Valknut and Valhalla in 2018/19.

Danish designer Jim Lyngvild, an expert in Norse mythology, has designed the new packaging for the new single malt range.

Valkyrie’s one-off design is inspired by two Nordic sources – a typical Viking pendant from around 300-700AD discovered in Uppland, Sweden and the ancient Hammar Stone of Gotland, which details the journey of the Valkyries.

Created by master whisky maker, Gordon Motion, the whisky “dials up more smoky notes” with the use of “heathery peated malt”, creating “a richer, fuller phenolic note that has balance due to the sweeter, heathery character of our moorland peat”.