As the ‘molecular mixology’ trend gains traction, are we about to see gastro-experimentation extend to spirits production? The launch of Pernod Ricard’s latest brand, L’Orbe, certainly points to that.

Last Friday news broke of Pernod Ricard’s latest offering: a caviar-infused vodka brand named L’Orbe. Upon tweeting the story, and over the weekend that followed, the reactions came pouring in. As expected there was a mixed reception, mostly ranging from curiosity to contempt. My personal favourite was from Twitter user @drinkersite, which simply read: ‘No, no, no, no, no. Nobody wants fishy vodka! No!’.

But regardless of whether you’re on-board (or furiously paddling in the opposite direction) Pernod is taking steps to innovate in a category where basic production methods have barely changed over the years. By using patented technology from the skincare industry, their researchers have found a way to coat the sturgeon eggs in an aqueous film that helpfully prevents them from exploding and whitening the vodka while still flavouring it with notes of butter and hazelnut.

Wider reports of the Paris-based lab where this creativity is spawned say the innovation team are tasked with “disrupting the future” of both the vodka industry and the wider alcoholic drinks sector. Considering the struggles that leading vodka brand Absolut has seen in recent years – the €404 million value write down in 2015, the 4% sales decline in Pernod Ricard’s 2016 fiscal year – it’s fair to say that this bar staple category needs a little sparkle bringing back to it.

The trend of gastronomic drinks and ‘molecular mixology’, a collaborative effort between the kitchen and the bar, has gone some way towards this. As bars battle it out to offer The Ultimate Cocktail Experience, bartenders have dreamt up all kind of creations, often using vodka as the base: colour-changing cocktails, frozen ‘nitro’ cocktails, solid cocktails, powdered cocktails, deconstructed cocktails, cocktails with foam, cocktails infused with otherwise inedible flavours like ‘leather’ and ‘campfire smoke’… Perhaps the launch of drinks labs such as Pernod’s indicate that this experimental paradigm is set to shift to spirits?

Yes, L’Orbe is terribly niche, and yes, there are many people out there who won’t want to drink it – let alone afford to for £175 per 200ml bottle – but from the sound of things, there’s more to come from Pernod. I, for one, am eager to know what else they have up their sleeve. 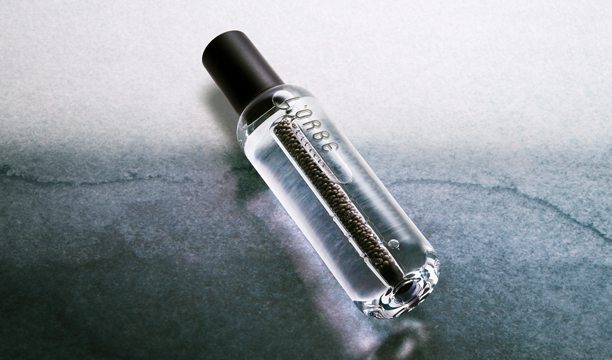