It may be hard to believe, but not everyone is a Scotch whisky fan (it’s okay, we forgive you), so we set out to find some other interesting Scottish spirits to toast the Bard of Ayrshire this Burns Night. 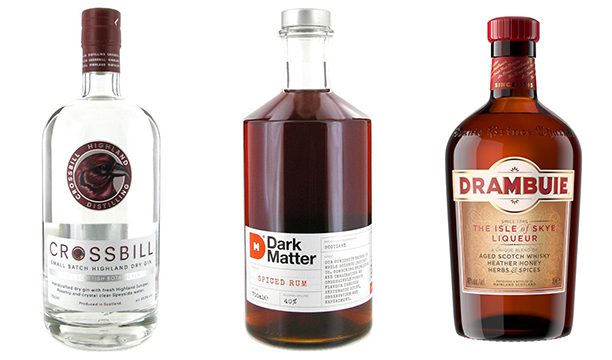 This Wednesday (25 January), the world will celebrate the life and work of Rabbie Burns, widely regarded as the national poet of Scotland.

For many, this will involve raising a glass of Scotland’s national spirit, but others may be in want of something a little sweeter or lighter – and The Spirits Business is happy to oblige.

Click through the following pages to see our pick of the top 10 Scottish spirits that aren’t Scotch whiskies.

But if you’re keen to raise a glass of Scotch to the Bard of Ayrshire, click here to see a list of unconventional bottlings worth a try. 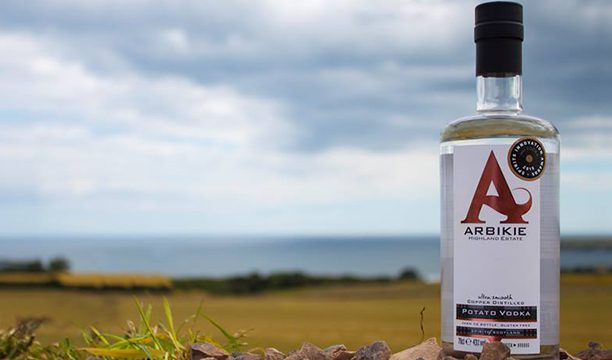 Based on the east coast of Angus, Arbikie Highland Estate has been an influential proponent of Scotland’s single estate movement since the launch of its inaugural vodka in 2014. The family-run farm distillery grows different styles of wheat and potatoes to distill its base spirits, and sources as many other ingredients as possible from within its grounds. All products are fermented, distilled, bottled, labelled and (when necessary) matured on-site.

Arbikie Vodka is created using a blend of Maris Piper, King Edward and Cultra potatoes. Two limited edition bottlings – Arbikie Chilli Vodka and Arbikie Strawberry Vodka – have subsequently been launched. In 2015, the estate launched Kirsty’s Gin, which is named after master distiller Kirsty Black and is distilled from Arbikie Vodka using estate-grown botanicals. Earlier this month, Arbikie unveiled AK’s Gin, which is named after Alexander Kirkwood Stirling, the father of Arbikie owners Iain, John and David, and is distilled from estate-grown Viscount wheat. 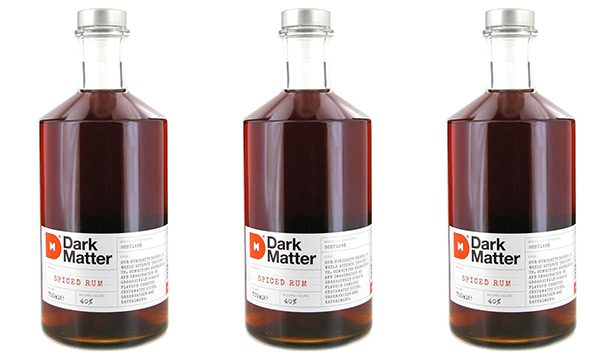 Rum may be more commonly associated with the tropical islands of the Caribbean than the rugged British Isles, but in 2015, rum distillation came to Scotland for what was thought to be the first time. Dark Matter Distillers, based in the Aberdeenshire town of Banchory, created its first product – a spiced rum – using imported sugarcane molasses.

Former petroleum economist Jim Ewen, managing director of Dark Matter Distillers, and his brother John, spent two years experimenting with different yeast strains before releasing the product. “We are not a multi-functional distillery – we are 100% designed for rum production,” Jim Ewen said at the time of his distillery’s launch. 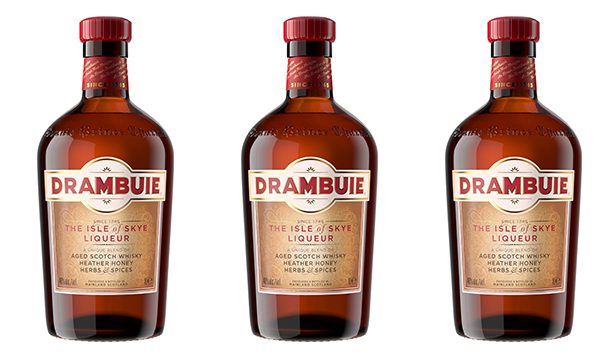 Probably one of the most iconic Scottish spirits that isn’t a Scotch, Drambuie is a Scotch whisky-based liqueur that also contains Scottish heather honey and a recipe of spices. The brand’s roots date back more than 250 years when John MacKinnon helped Prince Charles Edward Stuart (also known as Bonnie Prince Charlie) escape the king’s men after his defeat at the Battle of Culloden. As a reward, the prince gave MacKinnon the secret recipe to his whisky liqueur, which would later become known as Drambuie. In subsequent years, the brand passed through different ownership, but returned to the MacKinnon family for 100 years until its acquisition by Scotland’s William Grant & Sons in 2014. The company unveiled a new look for Drambuie in September last year. 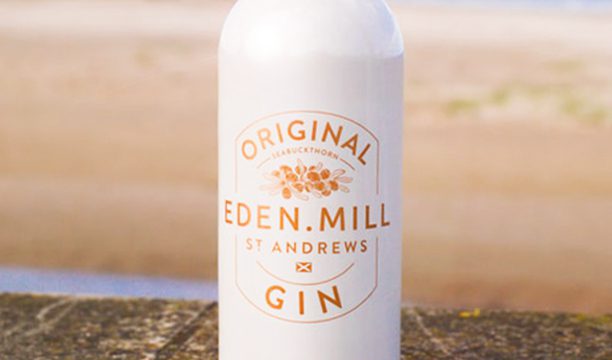 Fife-based Eden Brewery became Scotland’s first combined brewery and distillery in 2014 when the site branched out into whisky and gin production. Eden Mill released its first product later that year – a gin containing Seabuckthorn berries that is described as a “St Andrews take on a classic London Dry”. In addition to its core gin, Eden Mill merged the worlds of brewing and distilling with the launch of Hop Gin, a small batch product made with Australian galaxy hops. The site is currently waiting for its own single malt to come of age, but also offers a range of blended Scotch whisky containing liquid from “developed brands” in addition to its own new make spirit. 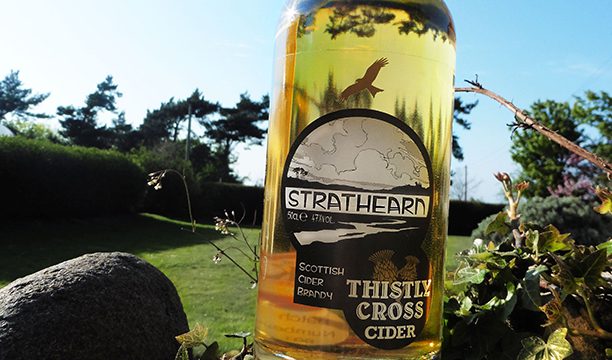 Scottish microdistillery Strathearn collaborated with Thistly Cross Cider last year to develop what is said to be Scotland’s “first” cider brandy. To make the bottling, Thistly Cross Cider presses apples, the juice from which is then fermented with a mixture of Champagne yeasts, before being matured for a minimum of six months. This cider is then transported to the Perthshire-based Strathearn Distillery where it is distilled in copper stills. The resulting spirit is rested in a virgin American white oak and virgin European red oak. 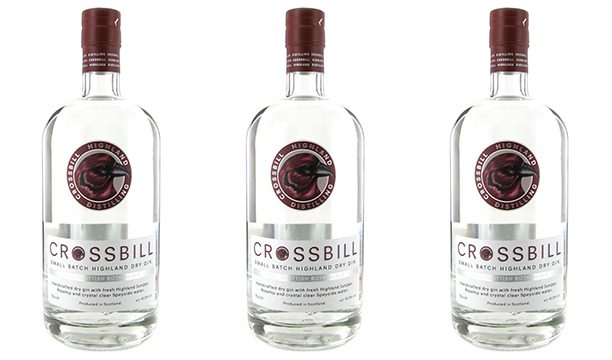 Gin producers may be pushing the boat with a plethora of unusual botanicals, but back in 2014, Crossbill Gin turned heads by keeping it simple. The gin – created in a tiny distillery in a converted henhouse, itself in the middle of Cairngorns National Park – contains just two botanicals, Scottish juniper and wild rosehip. Its founder, Jonathan Engels, the man behind Pincer Botanical Vodka, is working with the UK’s Forestry Commission and Plantlife to re-establish a plentiful juniper supply in Scotland.

At the end of 2015, Crossbill launched a special edition gin using a local specimen of juniper dating back more than 200 years. The juniper was sourced from a plant next to Crossbill’s distillery in Cairngorns National Park. 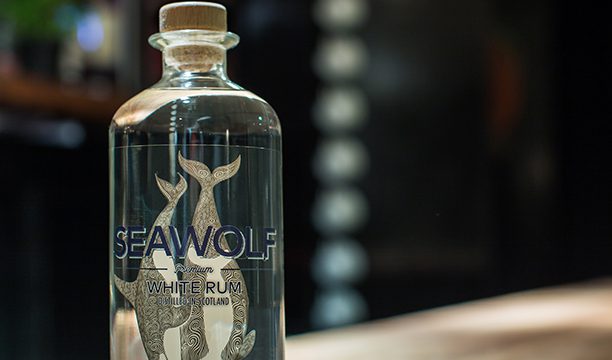 In 2016, the team behind Edinburgh’s renowned Bramble bar launched the “first” white rum distilled on Scottish soil under their new firm, Boilermaker Drinks Company. Imported sugarcane molasses fermented for four weeks using Champagne yeast is distilled at Oglivy Spirits to make Seawolf. While Dark Matter Rum, a spiced variant, was the first rum made in Scotland, Seawolf is the first white rum to be distilled in the country. The brand takes its name from the Native American term for killer whales, which can be found around the Scottish coastline. 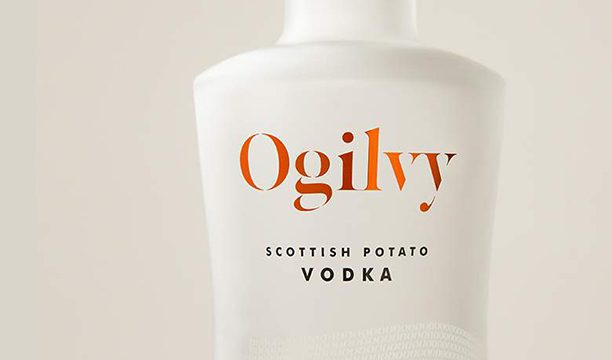 Another Scottish potato spirit proponent, Ogilvy sources its key ingredient from a location “just a short tractor ride way” from its distillery. The brand was founded in 2015 by Graeme Jarron and his wife Caroline, who worked with Abhishek Banik, distiller and technical production manager of Heriot-Watt University (HWU) over the course of two years. Maris Piper potatoes grown on the farm are used to make the spirit, which is distilled in pot still and matured for a week before being charcoal-filtered at a drip speed. In September last year, Ogilvy launched a line of bottled vodka-based cocktail mixers, made from fresh juices and herbs. 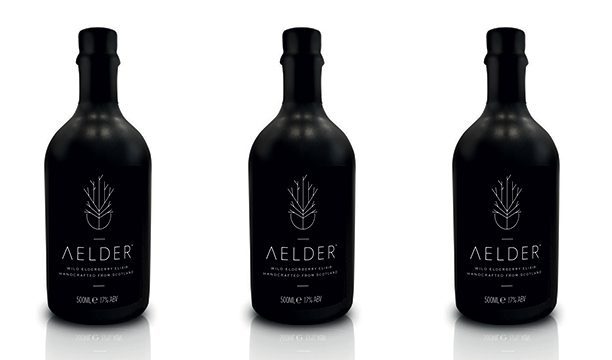 Unveiled only in November last year, Scotch whisky-based “elixir” Aelder is the brainchild of Rupert Waites and Thomas Chisholm, of Scottish pop-up dining experience The Buck and Birch. The 17% abv spirit – more like a liqueur than a Scotch whisky – is made by marrying elderberries with a blended Scotch whisky and “secret recipe” of wild Scottish botanicals. In addition to sipping neat, serving suggestions for Aelder include paired with cheese, drizzled on vanilla ice cream or topped up with Prosecco. 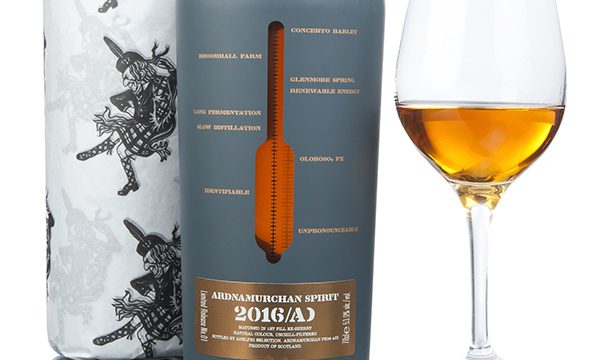 Ardnamurchan is ideal for Scotch whisky fans looking for something a little different this Burns Night. Created by Ardnamurchan Distillery, Ardnamurchan Spirit 2016 AD is a one-year-old “mature spirit” too young to be called Scotch whisky, which requires a minimum ageing period of three-years.  It is a vatting of casks that had been maturing at the distillery since production started, which were then left to ‘marry’ in Sherry butts for three months. Due to “high interest”, all 2,500 bottles of Ardnamurchan Spirit 2016 AD have sold out almost immediately, but it’s worth keeping an eye on auction websites, or asking around any generous whisky-loving friends.