Scotch whisky brand Bell’s recruited The IT Crowd actor Matt Berry for a tongue-in-cheek festive advert and Johnnie Walker “celebrated diversity” in the US with That ‘70s Show star Wilmer Valderrama.

Irish cream liqueur Baileys rolled out ‘Don’t Mind If I Baileys’ – a campaign to highlight the brand’s versatility by tapping into “life’s most pleasurable moments”, while Absolut and transport app Lyft encouraged party-goers to meet new people with a ride-sharing experience.

Blue liqueur brand Hpnotiq partnered with social media star YesJulz to debut a new video that “pokes fun” at fitness advertisements, and Gordon’s Gin debuted its ‘Shall we…?’ campaign, inviting consumers to enjoy a gin and tonic in the early evening.

Click through to the following pages for the top 10 marketing campaigns launched in November 2016. 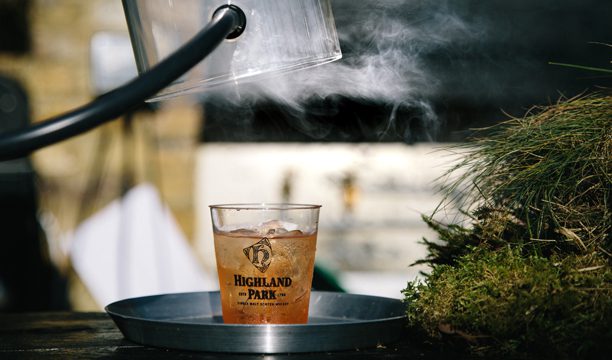 With the narrative of Highland Park deeply rooted in Nordic traditions, the brand honoured the Winter Solstice – the shortest day of the year – with a social event.

Taking place over two evenings on 24-25 November at The Boiler House, the Midwinter Social gave consumers the chance to “celebrate with bonfires, music and dance”.

The event included music from Kipps, DJ Finnebassen and Eelke Kleijn, as well as Highland Park cocktails, Nordic-inspired food curated by Root + Bone and whisky tastings around a fire pit.

Mike MacKenzie, Highland Park brand manager, said: “Following the success of our Midsummer Social in June this year, the Midwinter Social was the perfect opportunity for guests to celebrate winter with friends.” 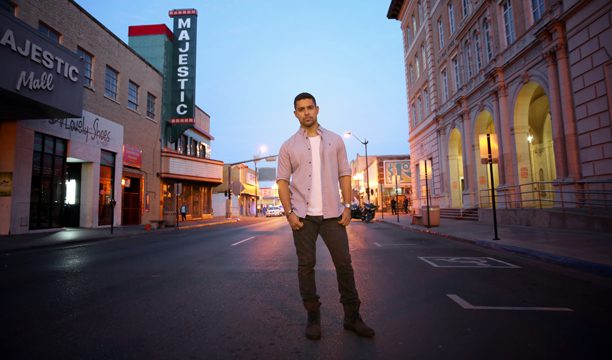 The campaign is intended to highlight the “cultural progress and diversity” that is “shaping the new face” of the nation today.

Valderrama headed to Brownsville, Texas, to showcase the stories of Americans raised in close proximity to the US-Mexico border and the impact of multicultural influences on their personal progress.

He said: “I was able to meet some amazing people who have such a rich and wonderful heritage, and it was incredible to hear their stories of progress and perseverance first-hand. My journey to the border for the campaign has moved me deeply, since it not only represents my own immigrant story, but it’s also a powerful message to our whole nation. If we collectively embrace the cultural diversity that helps define our country, it’s going to help us progress towards a more positive future together.”

Stephanie Jacoby, vice president of Johnnie Walker North America, added: “It is so important that we take an active role honouring stories and supporting initiatives that contribute to culture in a positive way. Our experience in Brownsville brings to life powerful messages of cultural progress and diversity that should be championed and celebrated.” 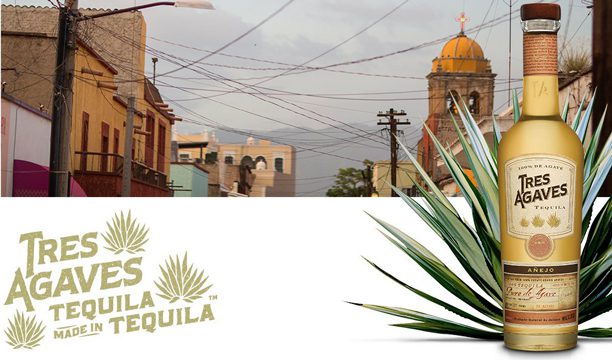 Tres Agaves Tequila has launched a multi-channel marketing campaign that celebrates the brand’s origins, called ‘Tequila Made in Tequila’.

“This campaign lets us tell intriguing stories and imbue Tres Agaves with a distinctive personality while establishing it as an artisanal brand made in the Tequila valley,” said Jay Turner, marketing director, spirits, at Trinchero Family Estates, a sales and marketing partner for the Tres Agaves brand.

“The full impact of this campaign is to bring the experience of Tequila’s charismatic town, colourful people and authentic spirit directly to the consumer.” 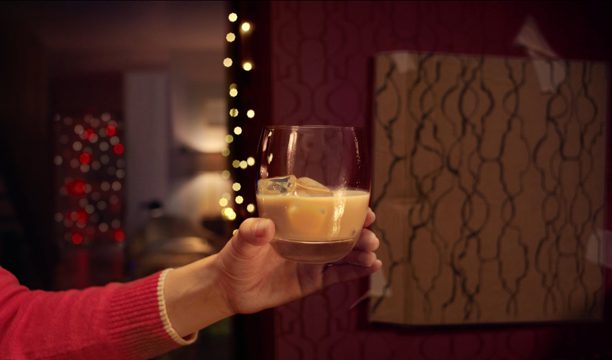 Irish cream liqueur Baileys has rolled out a new global campaign, called ‘Don’t Mind If I Baileys’, to highlight the brand’s versatility. The push taps into “life’s most pleasurable moments” and aims to inspire women to treat themselves.

On social media, Baileys’ followers will see serve suggestions that “highlight the versatility” of the brand.

Grainne Wafer, Baileys global brand director, said: “Baileys is the most-loved spirit in the world but has lacked a consistent and compelling means of triggering consumption. This is the first wave of an extensive strategic and creative repositioning of the Baileys brand which aims to get our indulgent product into many more glasses.”

Absolut has partnered with app-based transportation network Lyft to encourage party-goers to meet new people during a ride- sharing experience.

Inspired by the return of its limited edition bottle, Absolut Electrik, the collaboration aims to “infuse a new sense of social electricity” and encourage party-goers and ride-sharers alike to let their guard down and open up to new connections.

In San Francisco, Atlanta, Las Vegas, Los Angeles and Miami, selected Lyft riders will be picked up by a blue ‘Electrik Lyft’ car and embark on an Absolut night out. 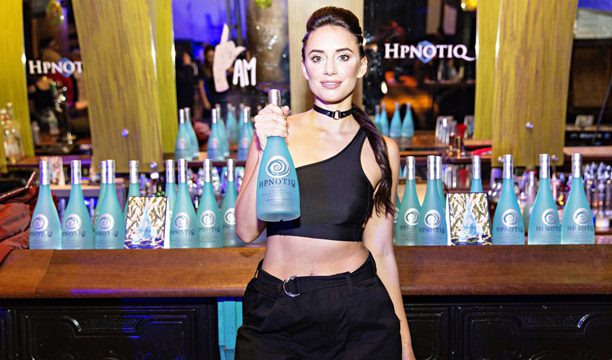 The new video is part of the second phase of the brand’s #SINCE2001 campaign to help “re-insert Hpnotiq into pop culture”.

“Hpnotiq is a fun brand that’s not afraid to poke fun at itself,” said YesJulz. “We have that in common. I don’t take myself too seriously and I’m all about good vibes.”
Brittany Capito, senior brand manager for Hpnotiq, added: “Both Hpnotiq and YesJulz are nightlife mainstays, so this partnership has been seamless.” 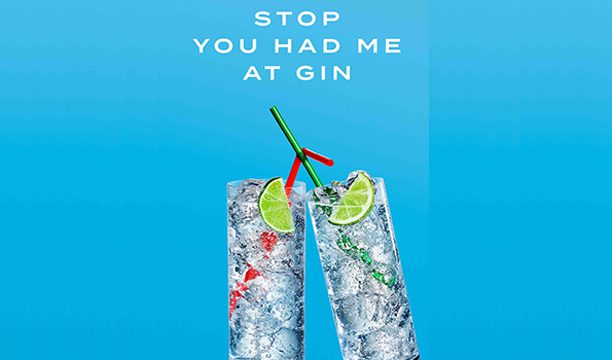 Gordon’s Gin has unveiled a new marketing campaign, titled ‘Shall we…?’, which invites consumers to enjoy a gin and tonic in the early evening.

The brand’s latest campaign has been created by advertising agency Anomaly to present “a simple but meaningful statement” against the crowded gin category.

Each advertisement in the campaign will target a 5pm ‘stop and enjoy’ moment with playful messaging and simple visuals that include images of gin and tonic serves with the newly designed Gordon’s bottle.

Annalisa Tedeschi, head of Gordon’s gin at Diageo, said: “Since 1769, Gordon’s has been present in people’s lives and has travelled around the globe as an inherently joyful brand.
“With this campaign, we intend to make a simple but meaningful statement: an invitation to enjoy a bloody good Gordon’s and tonic in the early evening.”

The campaign is set to be rolled out across out-of-home, digital and social channels. 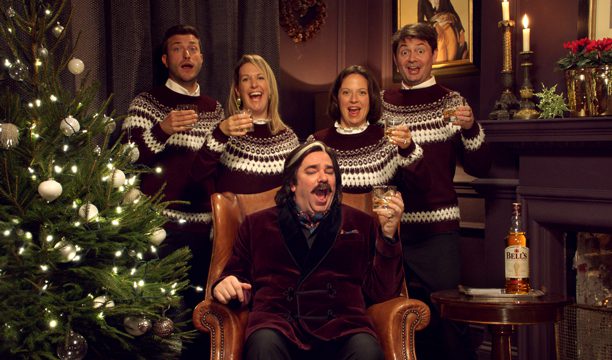 Diageo has rolled out a £1.5 million Christmas marketing campaign for its Scotch whisky brand Bell’s, featuring The IT Crowd actor Matt Berry.

On screens now, the ‘Rings True’ campaign is a tongue-in-cheek take on early Christmas adverts.

The campaign aims to “drive mass consumer awareness” for the product in the run-up to the festive season, and uses the new #WhattheBells tagline to encourage social interaction. 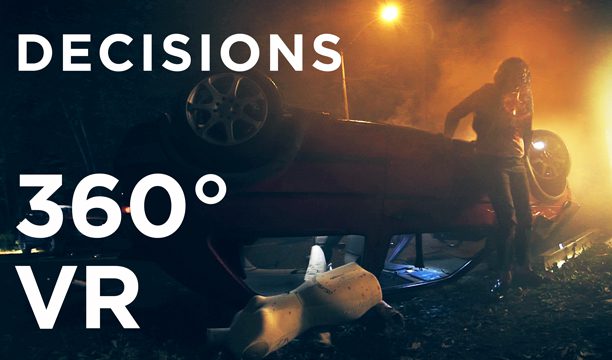 Spearheaded by Diageo’s Digital and Culture & Partnerships teams, ‘Decisions’ shows the repercussions of getting behind the wheel after a night of excessive drinking. It follows the journeys of three vehicles and their passengers.

“With the holiday season right around the corner, the dangers of drunk driving should be on all of our minds as we celebrate with friends and family,” said James Thompson, chief marketing and innovation officer, Diageo North America. 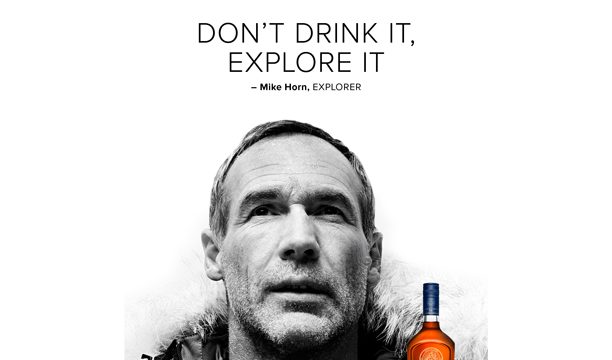 The latest campaign supports the brand’s relaunch of its Metaxa 12 Stars expression.
Dedicated site dontdrinkexplore.com features a campaign film and three sections – Look, Listen and Sense – that aim to introduce and educate users on the Metaxa brand.

John Israel, creative director and founder of Satisfaction, the creative agency that developed the campaign, said: “Metaxa 12 Stars has a unique taste. Each sip is a pilgrimage to flavour. The authentic character of this spirit is irresistibly associated with the idea of ‘journey’ and in the first step of this journey lies the true meaning of the campaign.”