Smirnoff hits the streets of London with a tractor, Times Square takes on Kavalan Distillery, and The Scotch Malt Whisky Society matches personality types to whisky flavours in our latest pick of top marketing campaigns.

London-based initiative A World of Gin began filming the first ever feature-length film on gin, and Vodka Mariette took a stand against street harassment with a new campaign that saw its delivery drivers sign an oath against catcalling.

Click through to the following pages for the top 10 marketing campaigns launched in August 2016.

Swiss vodka brand BeringIce has partnered with the Qatar Goodwood Festival to host a bar at the annual UK horse racing event. The BeringIce bar, situated at the Richmond Enclosure, was open for the five-day Sussex race meeting from 26-30 July.
The bar served up signature cocktails including Passionfruit Martinis, Espresso Martinis, and Vodka Peach Sparklers. BeringIce also sponsored the one-mile, four-furlong BeringIce Gordon Stakes, in which Ulysses, ridden by jockey Andrea Atzeni, took first place and prize of £56,710. Total prize money was £98,370. The partnership represented a “significant investment” for the brand, which saw its branding in the ring, online, and on the racecourse. 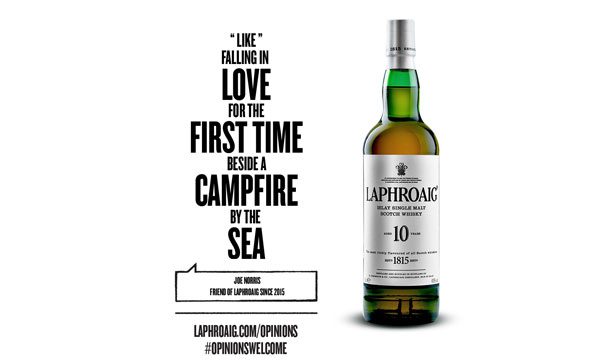 After the success of its #OpinionsWelcome campaign in 2015, Laphroaig has relaunched the global competition to discover consumers’ most “expressive, poetic and downright unusual” tasting notes for Laphroaig 10 Year Old, Select, and PX.
Distillery manager John Campbell will select the most ingenious opinions and judge them on their creativity, imagination, humour and honesty.
More than 200 prizes will be awarded to the best tasting notes, while a further five will win an all-expenses-paid trip to Laphroaig’s home on Islay, Scotland, where they will enjoy a personal “Water to Whisky” distillery tour and visit the tasting room to sample a range of whiskies. They will also have their name and whisky tasting note printed onto the lids of Laphroaig’s white tubes.
The first 40 #OpinionsWelcome competition runners-up will win a bottle of Laphroaig with their name and winning description printed on the label, while the remaining winners will receive a postcard signed by John Campbell and printed with their unique opinion. 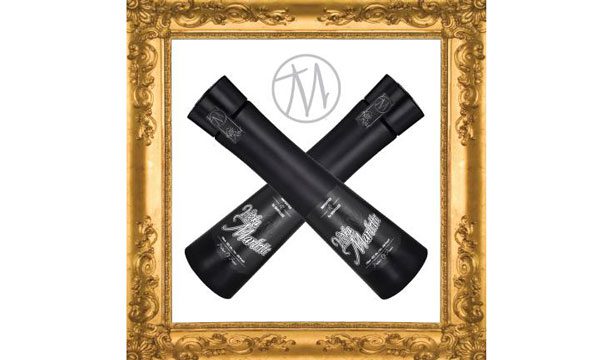 French brand Vodka Mariette has taken a stand against street harassment with a new campaign that will see its delivery drivers sign an oath never to engage in catcalling.
Figures provided by Vodka Mariette from the non-profit organisation Stop Street Harassment show 65% of women and 25% of men have experienced offensive behaviour in public.
In a bid to raise awareness of the issue and “set an example of proper conduct”, the brand launched its “Yes to Vodka, No to Catcalling” initiative, which requires all truck drivers transporting Vodka Mariette to sign the “Drivers of Change Oath”. Vodka Mariette said: “They recognise that stepping forward as members of the supply chain to help end this problem is a bold statement.”

US soccer club LA Galaxy has announced Beam Suntory as its official spirits partner in a multi-year deal, which includes extensive activity at the StubHub Center stadium.
The new partnership allows Beam Suntory to promote brands within its Tequila, Bourbon and whiskey portfolios, and to open both its newly constructed Hornitos Tequila Cantina and the Jim Beam Bourbon Champions Lounge, a renovated premium seating area.
LA Galaxy’s president, Chris Klein, said: “We are honoured and excited to partner with Beam Suntory in an effort to continually raise the bar for our fans. We know the iconic brand will add to our club and the overall experience at StubHub Center.” 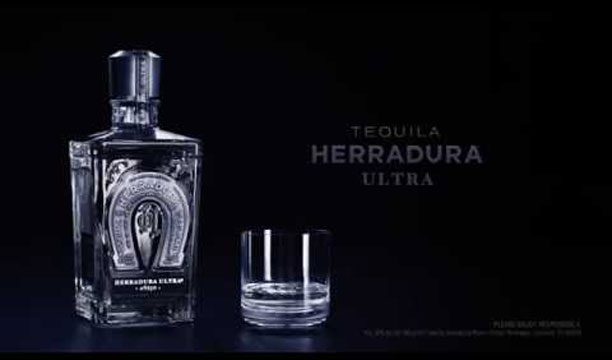 Tequila Herradura Ultra has unveiled a new global creative campaign, “Sound of Smoothness”, featuring visualised sound frequencies, to bring its liquid to life.
The Brown-Forman-owned brand has paired together mesmerising visuals and upbeat audio to illustrate Ultra’s “smooth” quality. The cymatic approach is a blend of “science and art”, depicting sound frequencies reverberating through the crystal-clear Tequila suspended above a speaker.
The campaign, which will roll out across global markets throughout 2016, includes partnerships with streaming services Hulu and Spotify, and social channel Foursquare. 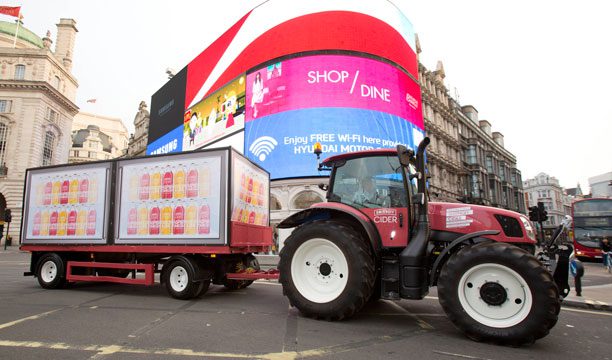 Smirnoff Cider kicked off the Bank Holiday summer vibes early by surprising Londoners with its large, raspberry-coloured tractor, as it toured at landmarks including Westminster Bridge and Piccadilly Circus to celebrate the vodka-cider hybrid drinks offering from the brand.
The #SmirnoffTractor, which took to London’s streets from 25- 26 August, encouraged members of the public to share an image of the tractor on social media for a chance to win up to 10 cases of the product for them and their friends.
The Smirnoff tractor also landed at Broadway Market, London Fields on 25 August and Spitalfields Market, East London on 26 August, to hand out free samples to those over the age of 18.

A World of Gin 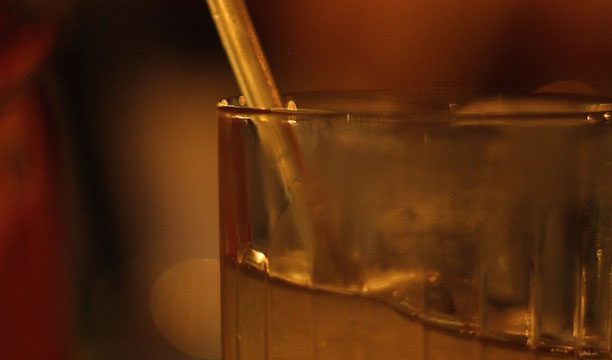 London-based initiative A World of Gin has begun filming the first ever feature- length film on gin, titled Gin: The Movie.
The film-makers, working closely with the production company Boilerhouse Video Unit, will document a gin journey across the UK, featuring a range of diverse brands.
It will be followed by a year-long screening tour, working with independent cinemas and venues across the country.
The crew will travel across the country, starting with Brighton Gin in East Sussex, to
the hometowns of Hayman’s Gin, Williams Gin, Mason’s Gin, Edinburgh Gin and Shetland Reel Gin, with an additional stop-off at Double Dutch Mixers to talk tonic.
Audiences will receive tasting flights to sample the gins as each brand’s story is laid out on the screen in a “5D viewing experience”. Screenings will begin in late September and run for 12 months. 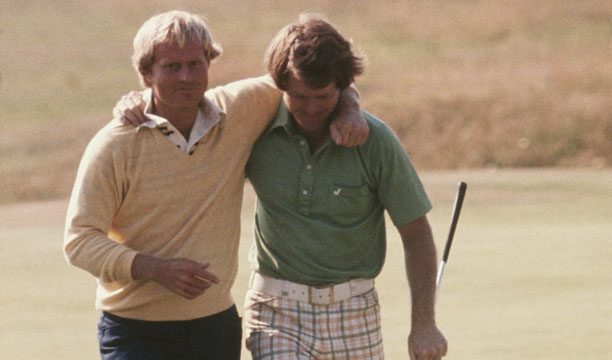 Single malt Scotch brand Glenmorangie has named the 1977 ‘Duel in the Sun’ between Tom Watson and Jack Nicklaus, right, The Open’s Greatest Finish after two months of voting by golf fans.
The ‘Duel in the Sun’ on the Turnberry course was overwhelmingly voted top from a 10-strong shortlist compiled by golf experts and commentators. Glenmorangie, the official Spirit of The Open, has been commemorating “greatest finishes” throughout 2016 in reference to its own “lingering” finish.
Marc Hoellinger, president and chief executive of The Glenmorangie Company, said he was
delighted with the reaction to the debate. He said: “The Open’s Greatest Finishes campaign has seized the imagination of golf aficionados worldwide.”
The Open golf tournament took place this year at Royal Troon, Ayrshire, from 12-17 July. 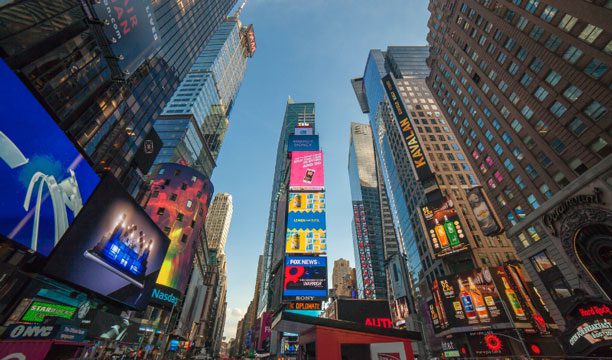 Taiwanese whisky producer Kavalan Distillery is promoting its single malt expressions from 11 billboard screens in Times Square, New York ahead of a concerted push into the US market. The Kavalan advertisements are being projected onto the Thomson Reuters Building at No. 3 Times Square for the next five months.
Kavalan’s founder, YT Lee, said: “This is about telling people Kavalan Whisky is available in the US. We’re here and we’re in business.” Lee said he hoped the US market would become “key” for the brand.
To coincide with the Times Square campaign, retailers in the city will host a series of tastings and promotions over the next five months in partnership with Kavalan’s US importer, Anchor Distilling. 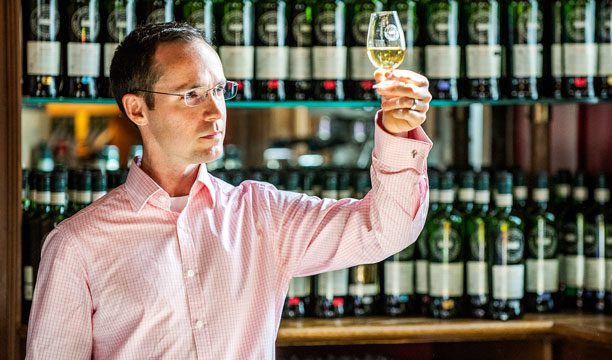 The Scotch Malt Whisky Society (SMWS) has partnered with a psychologist to create the Flavour Behaviour Test, a psychometric assessment that supposedly matches personality types to whisky flavours.
The online test was created using the results of a six-month international scientific study carried out by Dr Adam Moore, a psychologist and research scientist based at the University of Edinburgh, and the SMWS, which saw volunteers answer a personality test and rate 12 core flavours found in whisky.
Dr Moore discovered correlations between personality and flavour preferences, and used these findings to create an algorithm that analyses answers to the online Flavour Behaviour questionnaire.
To take the test, visit flavourbehaviour.com.