Luxury travel retailer DFS Group is marking the first anniversary of its Wines and Spirits Duplex store at Singapore Changi Airport in style – with a six-week-long Cocktail Festival featuring some of the world’s best bartenders.

Passengers lucky enough to be travelling through the airport’s Terminal 3 from 20 May to 30 June will be able to sample the best of Singapore’s world-renowned cocktail scene all in one place.

Click through the following pages to get a flavour of the festival and get a preview of some of the cocktails on offer.

Want to read more about Singapore’s legendary bar scene? Check out our Location Report for more. 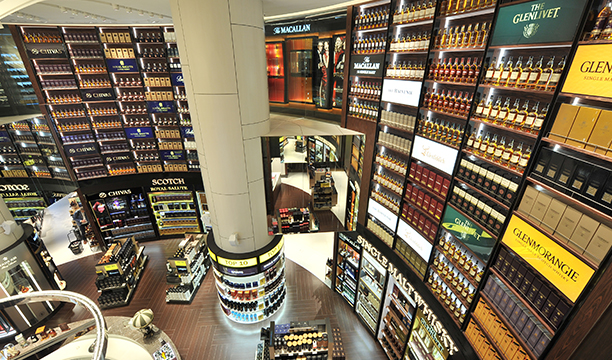 Since its opening a year ago, the DFS Wines and Spirits Duplex has become a destination in its own right at Changi Airport. The retail space was developed by award-winning interior designer Masamichi Katayama, and is the first two-storey outlet of its kind in an airport.

The 11,000sqm space houses the Long Bar by Raffles, a recreation of the home of the Singapore Sling in the city’s Raffles Hotel. Spirits and cocktails can be enjoyed here daily, but over the Cocktail Festival activity will be significantly ramped up. 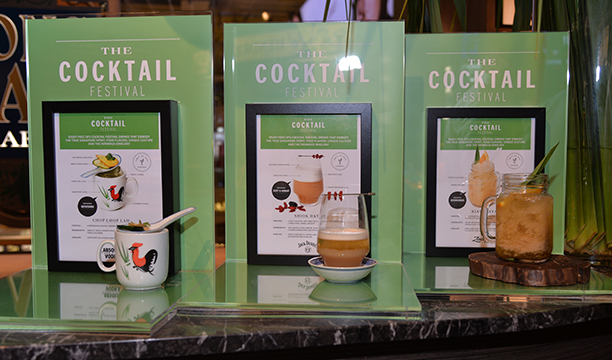 Developed in collaboration with Proof & Company, the team behind award-winning establishment 28 HongKong Street, the Cocktail Festival not only celebrates the city’s vibrant cocktail scene, but it also gives customers the opportunity to sample complimentary signature cocktails that embody the flavour, culture and language of the city. 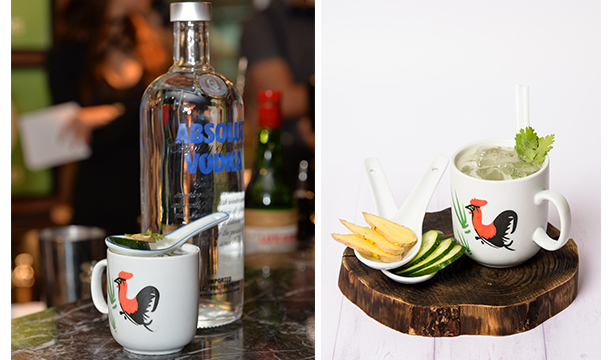 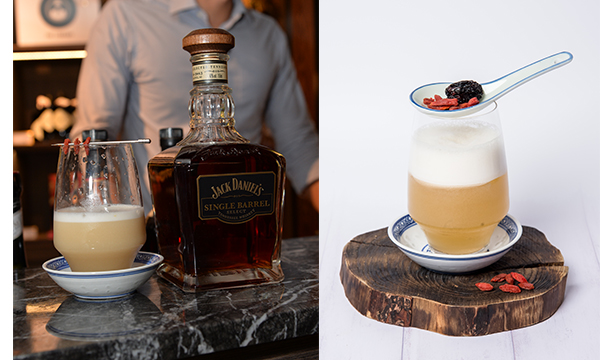 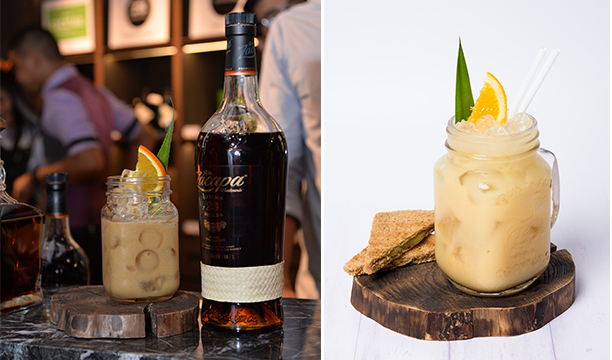 Then Kiasu Kaya, a quintessential tropical holiday drink, is inspired by the beloved Singaporean flavours of coconut and pandan. The serve is made with Ron Zacapa rum, Benedictine D.O.M., fresh pineapple juice, fresh orange juice and coconut pandan syrup. 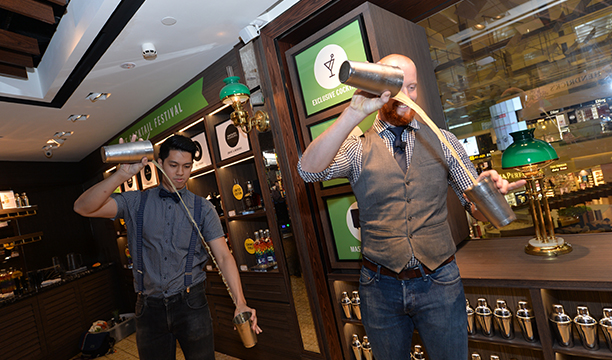 The signature cocktails are just the start. Over the six weeks, a series of events on both Friday and Saturday evenings from 5.30-7.30pm, a host of mini-master classes during the week and even a flair bartender will continue to highlight and celebrate Singapore’s cocktail scene.

Guest bartending sessions from 28 HongKong Street, Jigger & Pony, Manhattan, The Library and Smoke & Mirrors will ensure passengers travelling through the airport are treated to the very best serves, while a champagne cocktail party hosted by Veuve Cliquot for their new product Veuve Cliquot Rich will take place on 3-4 June. 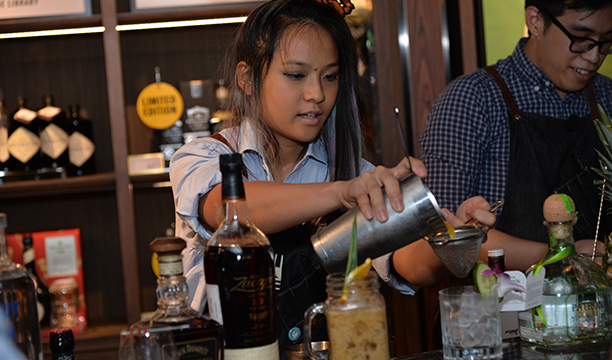 On every weekend throughout the six weeks, one of the aforementioned bars will take on a guest shift at the Upper Level to present their interpretation of a Singapore inspired cocktail, exclusively designed for the festival.

Each bar’s drink will only be exclusively available on their designated two days, and will remain a secret until the grand reveal. 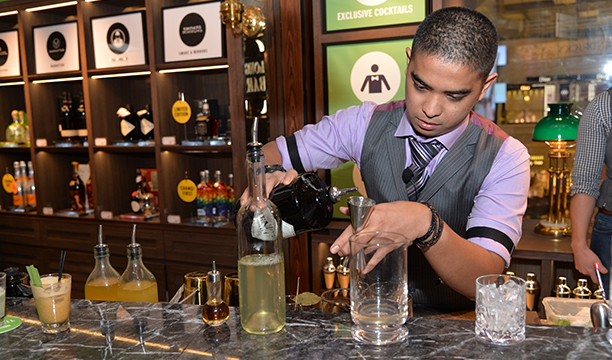 From 27-28 May it’s the turn of Jigger & Pony, featuring Christyne Lee, followed by Manhattan and Philip Bischoff on 10-11 June. Pictured here is Manhattan’s Cedric Mendoza. 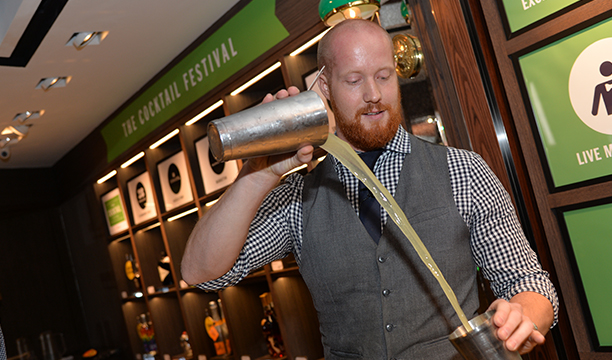 Adam Bursik, pictured here, will fly the flag for The Library on 17-18 June… 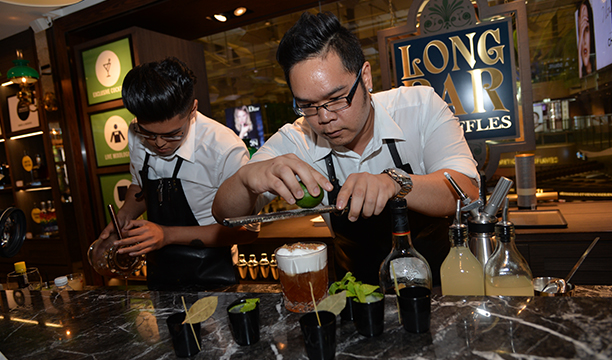 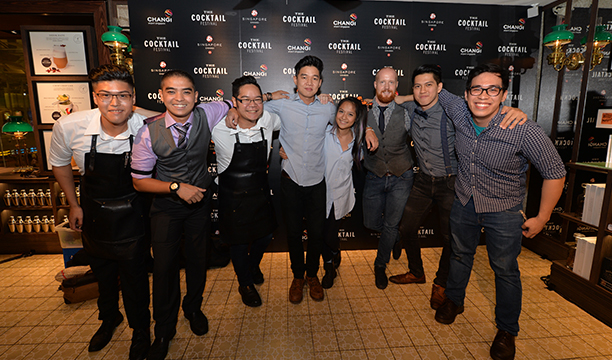 “The cocktail festival is a fantastic opportunity to showcase the very best of our local talent and pay homage to Singapore’s unique culture. Travellers will be taken on a tantalising journey through the diverse and rich flavours of Singapore,” said Wilcy Wong, DFS Group’s managing director, Singapore and Indonesia.

Teo Chew Hoon, Changi Airport Group’s senior vice president for airside concessions, added: “The Cocktail Festival is an innovative and fun way to celebrate the duplex’s anniversary. The unique cocktails not only tantalise our travellers’ taste buds, but also whet their palate to what the duplex has to offer in the days ahead.

“Furthermore, this Festival will give travellers the rare opportunity to get up close and personal with some of the world’s top bartenders at Changi!”

The DFS Cocktail Festival kicks off a year of activity for travellers at the DFS Wines and Spirits Duplex. Guests can expect a series of themed wines and spirits festivals at the Duplex to be held in collaboration with master distillers, brand ambassadors and bartenders.