After receiving an overwhelming number of contributions for our upcoming vodka issue, SB has assembled a preview of April’s cocktail analysis with comment from 10 of the industry’s leading bartenders.

We quizzed ten bartenders on the advantages of using vodka as a base spirit, the ways in which brands could engage further with the on-trade – and explore whether the spirit really does allow mixologists to be more creative in their serves.

From its uses in unpacking flavours in complex spirits to the rejection of “fairytale” brand stories, our global panel give their honest take on the vodka category in the on-trade.

For an in-depth analysis of vodka in the on-trade, see the April edition of The Spirits Business, out soon.

Click through the following pages to discover 10 leading bartenders opinions on vodka cocktails. 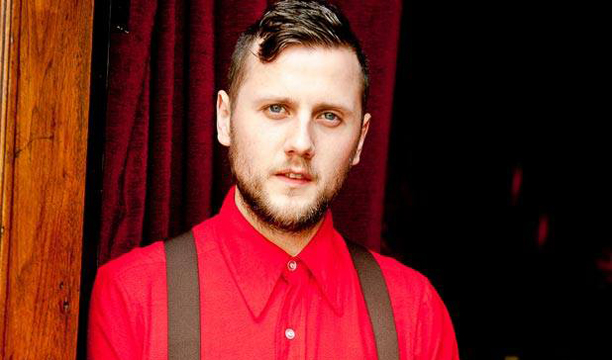 “Bartenders have this complex about using vodka because of the disco drinks era of the 1980’s and 1990’s, and indeed the early 2000’s, and the brands obviously pushed that agenda. As a consequence, bartenders have pigeonholed vodka which is wrong in my opinion. Vodka, and vodka drinks, are perfect for what I call ‘gateway cocktails’. Introductory cocktails for the cocktail novice and indeed for the connoisseur.

“I think brands could excite bartenders by being original. No gimmicks, no silly flavours and no fairytale brand story. Bartenders can sense this a million miles away. Brands such as Absolut, Grey Goose, Ketel One and Belvedere are doing wonderful jobs in engaging bartenders in the right way.” 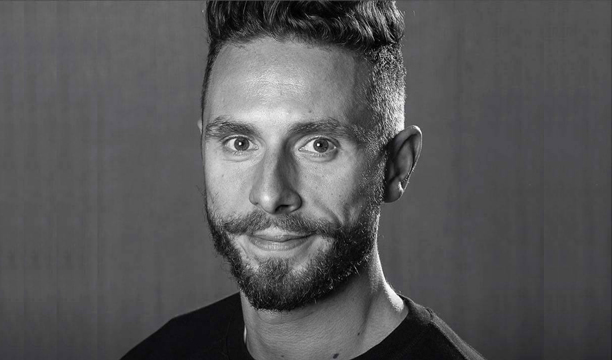 “Vodka is huge and always will be. We recently changed our list and our vodka cocktail is selling the best at the moment. It is easy drink and a real crowd pleaser. Plus some of the most famous drinks in the world are all made with vodka – so yes it is very important to pick quality vodkas for your bar, and yes it does drive revenue.

“I think with the push of ‘craft gins’, gin stole vodka’s market share a bit, but it’s standing strong. We have some wonderful products in both categories and I think with consumers becoming more adventurous when it comes to drinking other spirit categories will start to grow. However, I love an Espresso Martini every once in a while.” 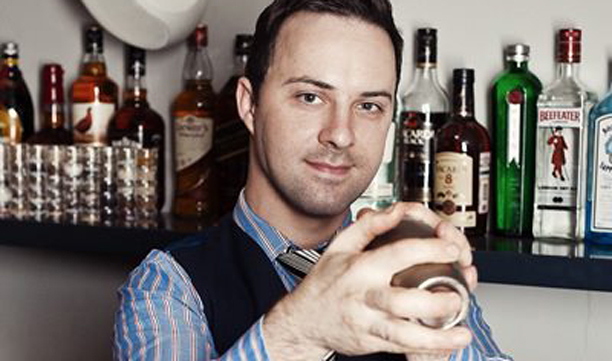 “Vodka started the cocktail revolution back in the nineties, and guests still love it even today. It’s more a fact of trends that as bartenders we like to challenge ourselves to discover new flavours and tastes. It’s an exciting journey. Vodka is vodka and should stay that way, and it will surely have a comeback when bartenders need neutral spirit to showcase more of other ingredients.

“For me the classic Martini is always great to showcase the purity of each particular product and versatility where you can show other exciting fresh and local or exotic flavours.” 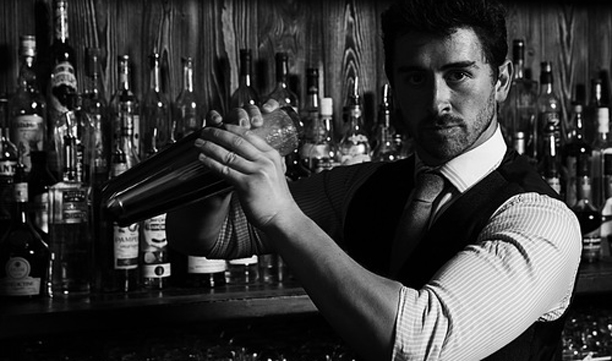 “While vodka isn’t a blank canvas, it typically showcases less flavour than other spirit categories. To some, a blank canvas is a void waiting to be filled with creativity, while to others it is too open-ended. The danger with vodka is that some use it to make perfectly acceptable flavours needlessly alcoholic ­greater creativity comes from bartenders who appreciate the subtleties in good vodkas and work with them.

“I’d still say that the majority of vodka serves are not hugely remarkable – Martini or Collins, but as brands inspire bartenders more, they’re encouraged to look at the product rather than the category, which often results in innovation. The Brasso, from the last Cocktail Trading Co. was a gag about how much of a nightmare the old copper cups for Moscow Mules were to clean.” 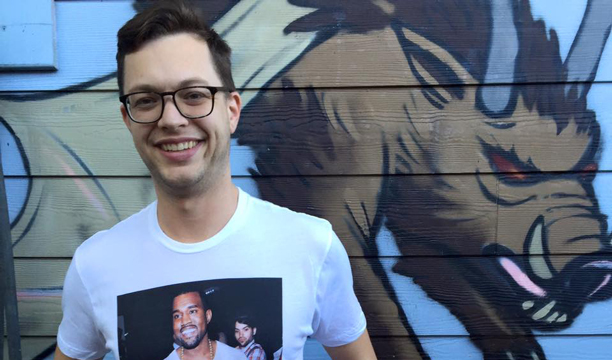 “There are a few ways in which vodka is unique as a cocktail component, and the trend away from it in mixology is short-sighted for a number of reasons. Vodka is an unabashed vehicle for alcohol, having very little intrinsic flavor. That’s not a bad thing, necessarily. Take any juice or soda drink, add vodka, and you essentially have that same drink as a cocktail. Boom. Done. Just because it’s easy doesn’t mean it’s a bad idea.

“It isn’t just useful for hiding alcohol, though. Vodka has practical uses in “serious” mixology, too. It can help unpack flavours in complex, difficult spirits and liqueurs without reducing their capacity to carry flavour. Flavoured vodkas have their uses, too – strong expressions of very specific flavours. Think of flavoured vodkas like single-botanical distillates, if you prefer. They can make excellent modifiers for other base spirits.”

Chris Edwards, co-owner of The Shrub and Shutter and First Aid Box, London 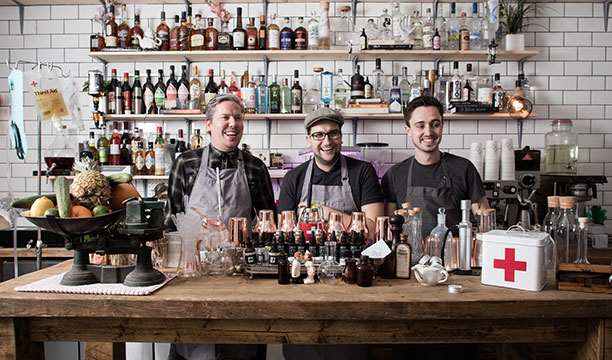 “We’ve seen a massive decline in people ordering vodka as a mixer as it’s seen as boring as a mixer serve. Which it is. In terms of cocktail sales, I think it’s always going to have a big following for customers who want to play it safe. It’s up to bartenders to excite people with vodka serves, infusions and they way the play with it.

“I think brands can excite bartenders about vodka by focusing on the processes used in making it. Black Cow Vodka and its production, for instance, really gets the creative juices flowing. Snow Queen Vodka’s story always excites and ultimately the cocktail will be inspired by the snow queen. For me a lot of the excitement is in the vodka’s back story and production – but of course the flavour intended ultimately needs to shine through.” 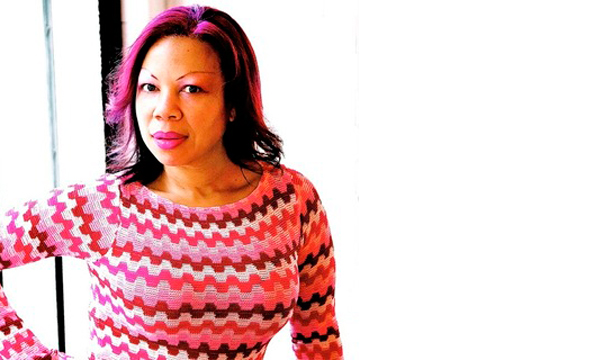 “Just making a “vodka drink” is easy, however creating an interesting, unusual vodka cocktail requires more thought and creativity these days. When I first started bartending, I was serving and making drinks almost exclusively with vodka. When I started working cocktails bars, the focus shifted to using various other spirits. Now when I have to use vodka, it’s more of a challenge to make cocktails that are new and exciting.

“I think there is still a trend to infuse vodka with any and everything. Because of the neutrality of most vodkas it allows you to take the spirit in whichever direction you’d like to go.

“Gin has definitely made some gains on vodka, but in different ways. While I don’t see vodka Martini drinkers switching to gin Martinis, I do see vodka drinkers willing to drink other gin cocktails like Sours and Fizzes.” 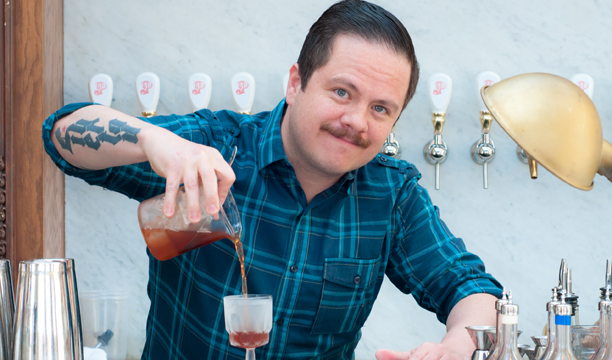 “I like using vodka as a base spirit when I’m looking to create something where the flavours are allowed to shine and the modifiers are the ones being showcased. That way the vodka won’t interferer with the rest of the flavours.

“To excite bartenders, brands could embrace more natural flavours and ingredients into the distillation process. For example, St. George has been creating some impressive flavours with their green chili and peach flavoured vodkas.” 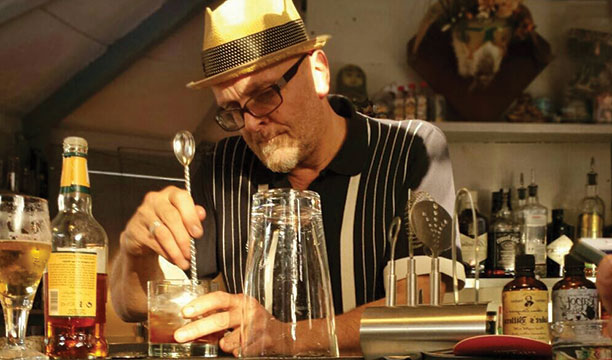 “Using vodka is an easy option because it doesn’t influence the flavour of the cocktail – depending on which brand you are using – so bartenders are tending to use more challenging options.

“It is hard to motivate bartenders by making your vodka smooth or by over distilling it, or by filtering it through diamonds, the best way is to create something that increases its flavour characteristics, for example Absolute Elix and Vestel.

“As a brand, Belvedere are being very creative with their Eat, Drink, Live programme, using healthier ingredients to balance the booze and replacing sugar where possible.” 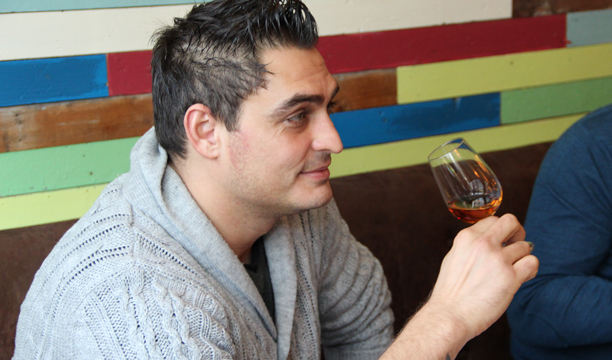 “The original definition of vodka was tasteless, odorless and colourless. That made it the easiest spirit to mix in a cocktail, because it didn’t change the flavour much. That gave bartenders confidence to experiment and develop the industry. Bartenders nowadays are not just using the vodka to add alcohol in the cocktail, but they want its specific taste to be felt in it. Some vodkas are citrusy, others floral, others oily and nutty. Bartenders are trying to represent these flavours in the cocktail.

“I think that the vodkas will start focusing more on flavour and quality in the future. Too many companies are focusing mainly on the bottle and the marketing strategy at the moment. There is a lot more to see from the vodka category.”