The late Martin Miller took it upon himself to rescue the classic G&T from mediocrity in the late ’90s. Now his gin brand is being rightly rewarded with increasing commercial success.

*This feature was originally published in the September 2015 issue of The Spirits Business magazine.

The late 1990s were not the best of times to be a gin lover in Britain. Ordering a G&T could be a depressing experience, even in the smartest parts of London.

That was certainly the experience for Martin Miller and two business friends when they met for lunch one day in Notting Hill.

Jacob Ehrenkrona, CEO of The Reformed Spirits Co., tells the story: “The bartender poured a common old gin brand with some flat tonic water from a gun and asked Martin if he wanted ice. The three of them thought: ‘Hang on a second! What’s happened to the national drink of England, the gin and tonic?’”

The spirit had lost a generation of drinkers to vodka, consumers seduced away by new premium brands like Absolut and Grey Goose. Yet it appeared the category’s only response to its declining share was to dilute the alcohol strength to save on tax, as one notable brand did in 1992. The group decided at that lunch that something had to be done. Martin Miller’s Gin was initially launched as “a vanity project”, David Bromige, one of the three, later recalled. “We wanted to make the best gin we could and there was no real commercial consideration of margins,” he told The Telegraph in 2013. “But we thought if the worst came to the worst, we would end up with a large container of gin we liked to get us through the rest of our lives.”

Bromige and the other member of the lunch group, venture capitalist Andreas Versteegh, had their own brand incubator business. One of their creations was Pölstar, the Icelandic vodka that was sold to William Grant in 2002 and rechristened Reyka. Less than two years later Martin Miller’s Gin was born, by which point Reformed Spirits had come into fruition with Bromige as a partner. As for Martin Miller the man, who sadly passed away in late 2013: “He was one of those very genuine, eccentric people,” says Ehrenkrona. “He was the inspiration for the gin and the one who set the flavour profile. He was the real gin drinker – the person we wanted to connect with.” Obituaries spoke of a “charismatic entrepreneur and bon vivant” who had made his name with Miller’s Antique Guide, and whose first venture was a mail-order dating etiquette guide called Success with the Fairer Sex. He was just 14 at the time.

Martin Miller’s Gin is presented as a marriage between England, where it is distilled, and Iceland, where it is reduced to bottling strength with pure Icelandic spring water. Because it’s not demineralised the alcohol and bouquet are that much softer, claims Ehrenkrona. “It means you don’t have the harsh after-burn in the throat. It’s absolutely essential – if you take out the water it’s not Martin Miller’s.” In terms of the botanicals, he says: “We didn’t have to be weird or strange to attract attention because there were no new premium gins around. So ours is a classic gin recipe. The unique thing we add is a little bit of cucumber essence, and we use the old maceration method. We cook the ingredients separately and then blend them together at the end.”

Whether or not it was a stroke of coincidence, just a year later William Grant launched its cucumber-infused Hendrick’s gin. “Initially we were competing head to head,” says Ehrenkrona. “But then they spent an awful lot of money educating the market, so wherever we went, if Hendrick’s was there, people understood what Martin Miller’s was about.”

Bottles from the first container were handed out to UK bartenders who, according to Ehrenkrona, said: “Thank God! Finally we have a white spirit that actually allows us to make good, elaborate cocktails.” But the supermarkets were less encouraging. “They said you can’t sell white spirits over £20.” Today you can find more than twenty gins above that bracket in Waitrose alone, but the evolution has been fairly recent. Despite the brand securing an early listing in 2002, it seems it was too far ahead of the market and the consumer demand wasn’t really there.

In the US, Martin Miller’s gained wide distribution almost immediately but soon found it had spread itself too thin. “When you start to do business in fifty states, that becomes very expensive,” says Ehrenkrona, who admits to making “every single mistake you can think of.” As for marketing: “Obviously we worked an awful lot with mixologists, and we’ve done a lot of PR and some advertising, but the only thing I do know works is tastings.”

Like many in the gin category, he finds America a paradox. “You have this very elaborate cocktail culture, more so than anywhere in the world, but you can’t get a good gin and tonic.”

In 2005 Reformed Spirits invested in the tonic water brand Fever Tree, eventually selling its share in 2013. According to Ehrenkrona, 90% of all Martin Miller’s is drunk as a G&T in Spain, with 5% heading to the US. Yet “there’s no doubt premium gin is taking share from premium vodka there”. And he is also convinced there has been a demographic shift. “In the Californian countryside three years ago it was all pizza chains, sports bars and burger joints. Now the same venues serve pizza with only organic ingredients and good cocktails where they use gin instead of vodka. That trend has become properly mainstream for the younger generation in the US.”

The Spanish market is still growing by 15%-20%. The brand punched through the 100,000 case barrier in the country in 2012 and is now selling over twice that. Despite the proliferation of new gins, Ehrenkrona believes the spirit’s renaissance has barely begun. And if the pendulum really does continue its swing from vodka to gin, it’s sure to be a bright future for the likes of Martin Miller’s. 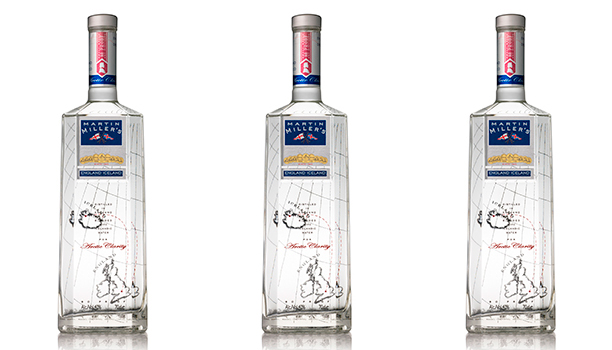 It was 1998 when the idea of Martin Miller’s Gin was first conceived over lunch in London’s Notting Hill. 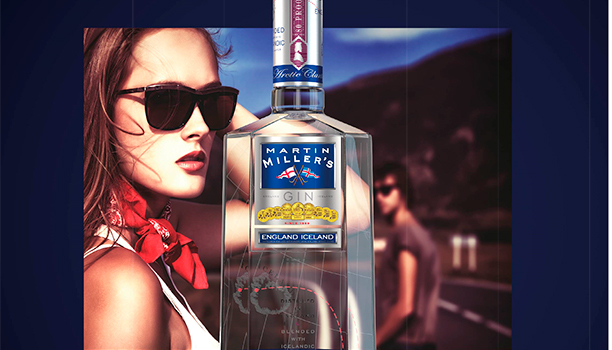 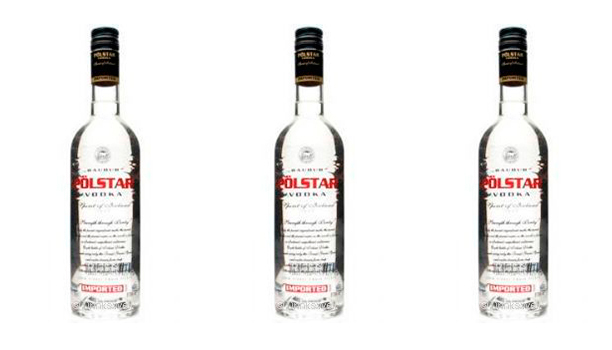 In 2002, the founders sold their Icelandic vodka brand, Pölstar, in order to give their full attention to developing Martin Miller’s Gin. 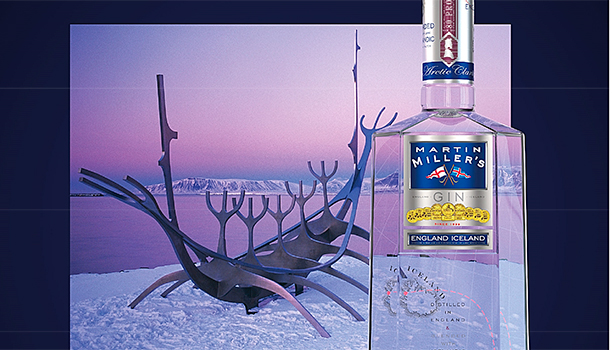 The year after, in 2003, Westbourne Strength won ‘Best Gin’ and ‘Spirit of the Year’ at Chicago’s Beverage Testing Institute. 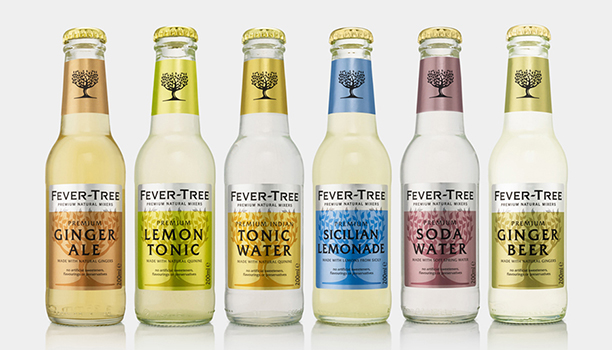 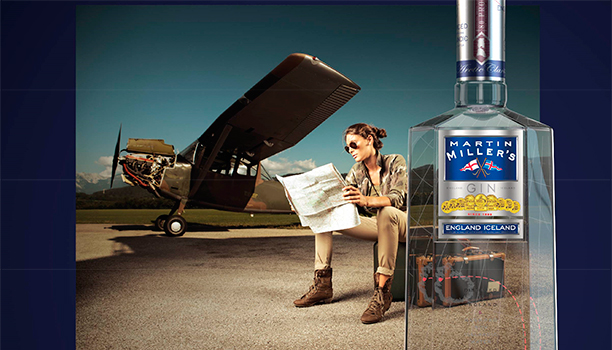 Several years later in 2009, Martin Miller’s celebrated its 10th birthday with the launch of a special anniversary edition. 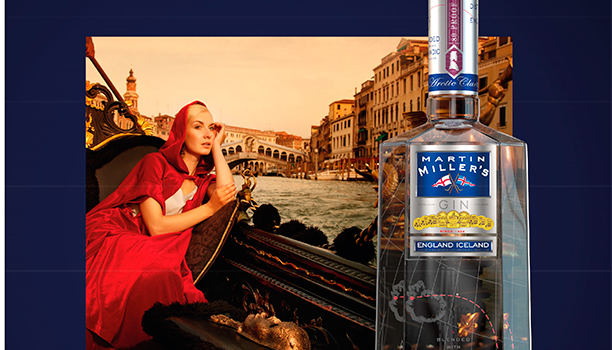 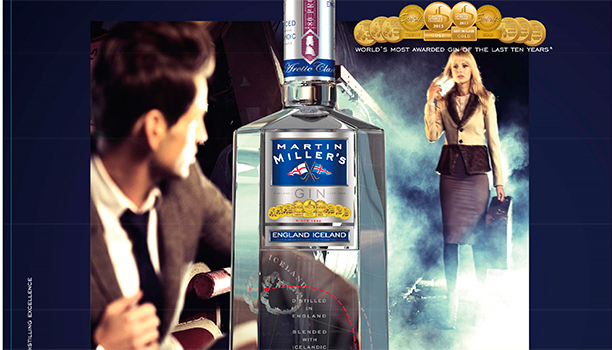 Two years down the line, Martin Miller’s 80 Proof Gin was recognised in The Spirits Business’ Gin Masters for the second year in a row, scooping the highest accolade of a Master medal. 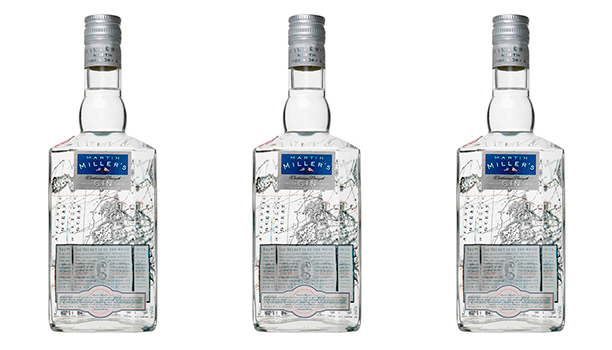