Liquid from silent distilleries makes up seven of the 10 most investible Scotch whisky brands, according to RW101’s latest Investors’ Index for 2015.

In 2015, the Index demonstrated that silent stills “remain the most significant target-pool of stock”, with seven of the 10 most investible Scotch whisky brands hailing from mothballed or closed sites.

RW101 also notes “continued demand for peated whiskies” as Ardbeg, Bowmore, and Lagavulin – while not in the top 10 – move up the top 30 league table. The firm also identifies Springbank and Glenfarclas as “emerging targets”, however both fail to make the top 10 list.

Not all brands with rare bottlings proved to be a savvy choice for investors in 2015.

The Balvenie’s secondary market “woes” continued as it slumped to 17th place in the Index due to what RW101 believes to be a “lack of collectible releases, price/volume increases for the Tun 1401 replacement and a damp reception for the 50-year-old casks”. But fortunes could be turned around based on early auction results for the brand’s new The DCS Compendium.

Click through the following pages to see which whiskies RW101 found to be the most investible last year. 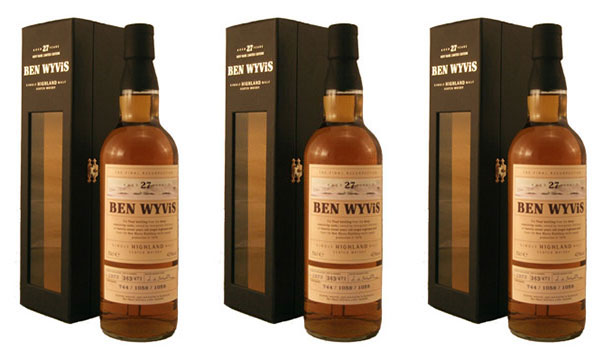 Now owned by Whyte & Mackay, Ben Wyvis has shifted six places up RW101’s Investors’ Index, driven by continuing demand from rare liquid from silent stills. Based in Invergordon, the distillery closed in 1976, just 11 years after it first opened, earning its title as one of the most short-lived distilleries in Scotland. The distillery, which released very few bottles of whisky in its lifetime, was eventually demolished in 1977 and its stills were shipped to the Glengyle Distillery. A previous incarnation of the Ben Wyvis distillery was built in Dingwall in 1879, closing in 1926. 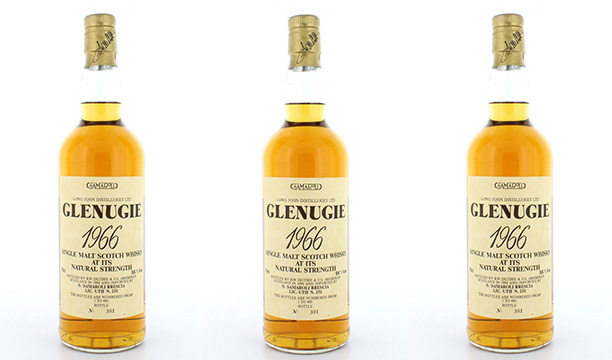 Based on the site of a derelict windmill in the Eastern Highlands, the Glenugie distillery was operational between 1831 and 1983, during which time it changed hands a number of different times and went through prolonged periods of closure. The distillery was built by Donald McLeod and Co. and was under the stewardship of Whitbread and Co. at the time of its final closure in 1983. It is thought the distillery bottled a single malt just once in its lifetime, but a select few independent bottlings have also been launched. 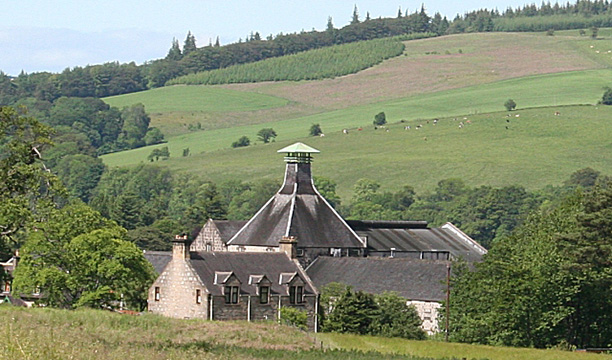 A non-mover in 8th position is Convalmore, a now demolished Victorian distillery built in 1893. Based near Dufftown in Speyside, the site has experienced a somewhat turbulent history. The distillery was rebuilt in 1909 after its mash house and malt barn were ravaged by a fire and soon after this time made a failed foray into “continuous distillation” with a Coffey Still. Convalmore closed its doors for good in 1985, after which time it was sold to United Distillers and later William Grant & Sons, which still uses the site for warehousing. The distillery’s liquid was used for blending throughout its lifetime, but three official single malts have been released after its closure, along with a number of independent bottlings. 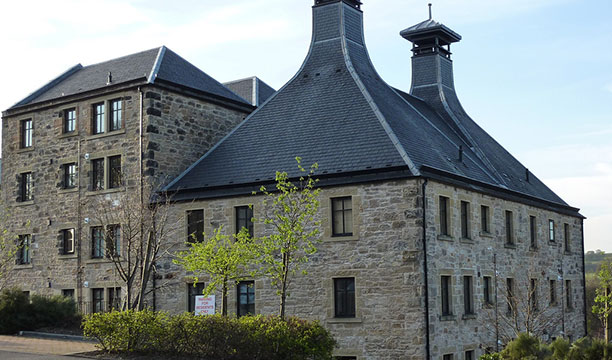 Established in the mid-18th century by Sebastian Henderson, this Lowlands distillery is also known as ‘Linlithgow’ after the town in which it was situated. The distillery moved to a new site in 1834, which previously housed a leper colony, hospital and convent at different points throughout history. St Magdalene eventually ceased operation in the 1980s after 200 years of production and was later converted into apartments. Like Convalmore, St Magdalene did not release an official single malt in its lifetime, making its bottlings now all the more rare and coveted among investors. 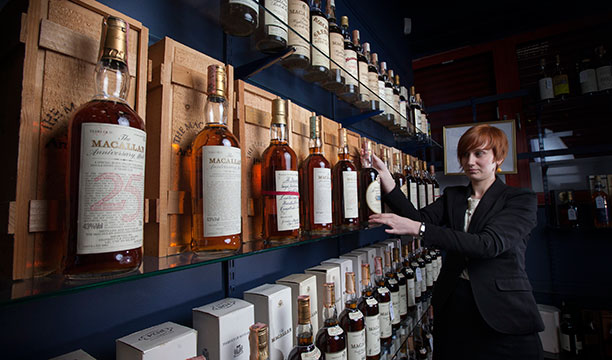 The Macallan has maintained its early 2015 one place ascent to sixth place. The brand’s performance has been vastly mixed on the Investors’ Index, losing first position in 2014 due to a “protracted downturn” in the prices of its limited editions. RW101 notes “significant polarisation” in the secondary market for the brand as the 18 Year Old and 25 Year Old showed much more rapid 13.4% and 16.1% growth respectively. Conversely, the Royal Trilogy set lost a further 6.48% in value. From 2013 to 2015, the collection’s value fell from £3,190 to £2.455. 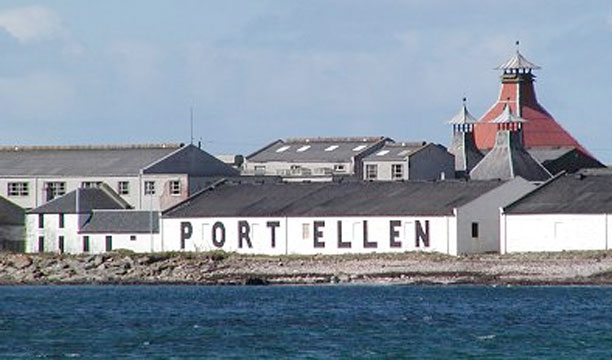 Closed in 1983 after 150 years of operation, Port Ellen, based on Islay’s south coast, has become one of the world’s most sought-after single malt Scotch whiskies. A number of independent bottlers, such as Douglas Laing & Co., continue to release Port Ellen variants, while ultra limited editions have featured in Diageo’s annual Special Releases series since 2001. Despite their continuing popularity and renowned reputation among connoisseurs, Port Ellen whiskies continue to slip down the Investors’ Index, with RW101 last year blaming its “rapid increase in retail prices on the primary market”. 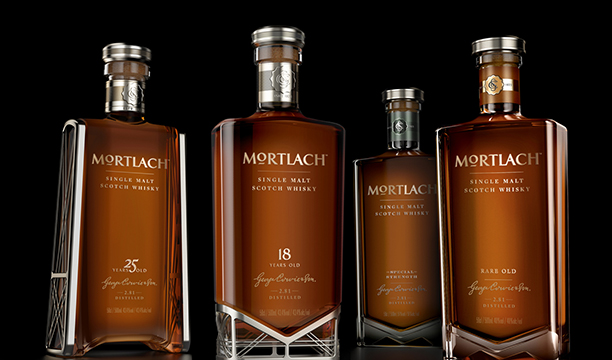 Moving up a significant five places on the Investors’ Index is Diageo’s Mortlach whisky brand. “The premiumisation of the brand by owners Diageo looks to have encouraged a rush on secondary market stocks amid fear prices might disappear into the stratosphere,” said RW101, adding that previous limited editions and independent bottles were “performing exceptionally”. The 2004 Special Release Mortlach 32 Year Old was initially available on the open market for £160, a price it fetched as recently as 2013. The bottling now sells for £500 at auction. Diageo revealed a series of single malt Mortlach whiskies in 2014 after revealed plans for investment of £18 million at the distillery in Dufftown. 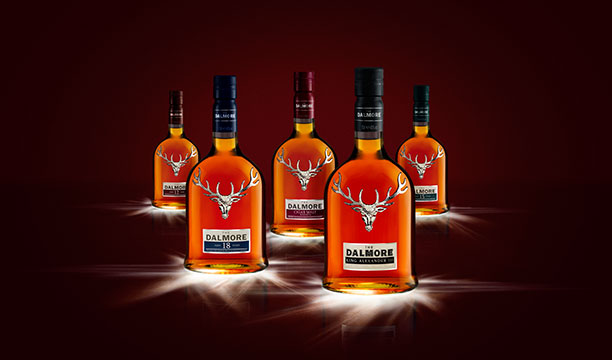 Whyte & Mackay’s The Dalmore Scotch whisky brand lost its impressive second place in the Investors’ Index to a fast moving “ultra-rare” brand. Frequently coveted at auction, The Dalmore is renowned for its pricy, exclusive launches, such as the Constellation Collection that contains only whisky distilled in the 1960s. Hugely investable, The Dalmore has been known to return up to 200% of its original value. The Alness-based distillery was built in 1839 by Alexander Matheson and is now Whyte & Mackay’s largest Scotch facility. The Dalmore produces whisky in stills of varying sizes to create a “stronger, more complex character”. 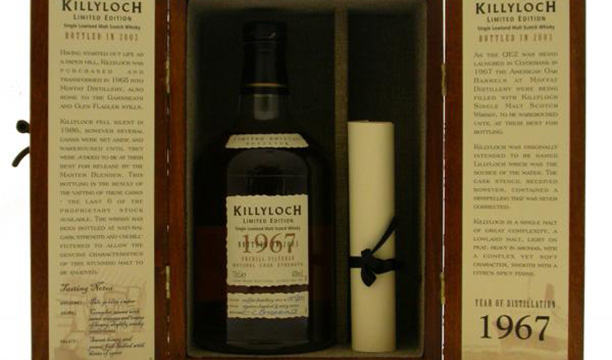 Killyloch continues its ascent up the Investors’ Index in 2015 with a leap of three places. The whisky was produced at the now defunct lowland distillery Glenflagler Malt Distillery, which was demolished by Inver House Distillers in 1985. A bottle of 36-year-old Killyloch 1967 Limited Edition recently sold at auction online for £1,850 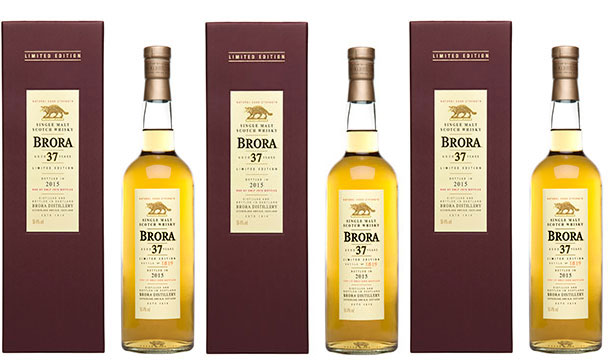 Still dominating the top spot is Diageo’s Brora, the world’s most investible Scotch whisky brand in 2015, according to RW101.The distillery was built by the Marquess of Stafford in 1819 and was originally known as Clynelish. Brora was purchased in 1930 by Scottish Malt Distillers, which later became a subsidiary of Diageo. Along with many others, Brora was mothballed in 1983 after falling victim of a widespread slump in the industry. In 2014, Diageo released just 160 bottles of a Brora 40 Year Old, which at £6,995 was thew group’s most expensive single malt whisky release to date.