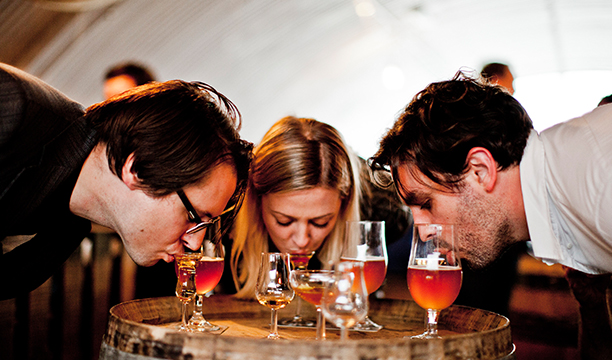 This week Bols Barrel Aged Genever held a special tasting at The Redchurch Brewery, London, hosted by Piet Van Leijenhoorst, who has served as master distiller for over 25 years. Guest sampled a new classic serve, genever paired with beer fro the brewery, and were also invited to take a turn pouring the new liquid into a barrel. Before departure, each was given a key to “unlock” a glass of Bols Barrel Aged Genever with a beer on a return visit. 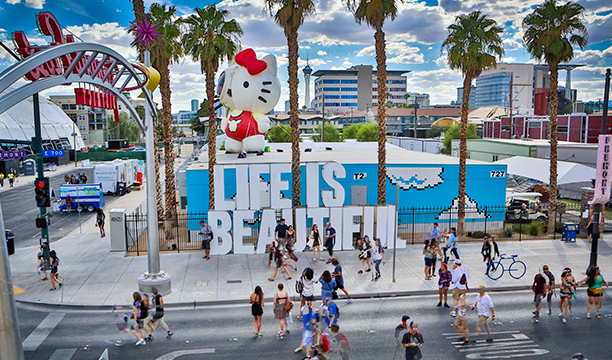 Meanwhile in Las Vegas, 120,000 guests attended “Life Is Beautiful”, a music, food, arts and learning festival held Downtown in the city. Spread across 11 blocks, four stages hosted more than 70 chart-topping musical acts. The festival’s “cocktail program” kept pace, with more than half of all drinks sold based on spirits, compared to 90% beer at a “normal” festival, reckoned Drew Levinson, director of strategic activation for cocktail curator, Wirtz Beverage. Premium spirits were offered alongside a full menu of up to 30 craft cocktails. 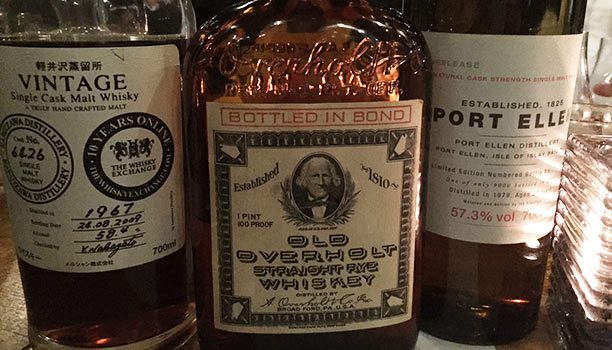 On Wednesday, SB’s senior staff writer Melita Kiely hotfooted it across the city to Jamie Oliver’s Barbecoa restaurant for an exclusive whisky pairing dinner. Greeted with a classic Old Fashioned cocktail, the night kicked off with a starter of crab hush puppies with chipotle mayonnaise paired with Rittenhouse 25 Year Old Boilermaker to perfectly complement the spice of the dish. Next up was smoked pit beef with beef-dripping crumble paired with Barbecoa 12 Year Old Barrel Bourbon – a restaurant exclusive batch from Heaven Hill Brands. To finish the three-course dinner, guests indulged in white chocolate panna cotta with micro basil accompanied by a very special Port Ellen 24 Year Old Third Release. To top off the evening, the group enjoyed not one, but three night caps – Old Overholt 1920 Prohibition Rye, bottled at the start of Prohibition; Charbay Release III, distilled from micro-brewed Pilsner with added hops aged for six years in oak and eight in neutral vessels; and Karuizawa 1967 42 Year Old 10th Anniversary Cask #6426 from the now dormant distillery. 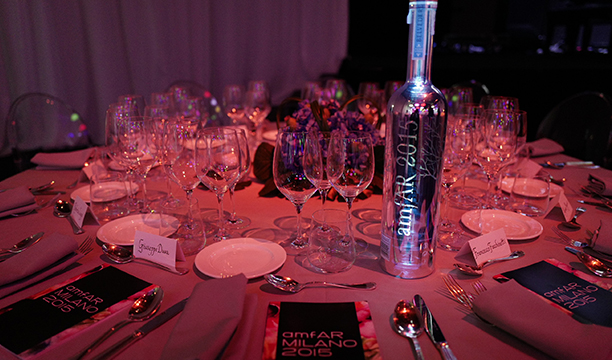 This week also saw Moët Hennessy continue to support amfAR, The Foundation for AIDS Research, as “Signature Sponsor” of the dinner held annually during Milan Fashion Week. Guests were greeted with glasses of Moët & Chandon Impérial and Belvedere Vodka Martinis, before an auction took place, raising funds for lifesaving AIDS research. Supporting amfAR is at the core of Moët Hennessy’s CSR policy; through this  partnership, the company “reaffirms its strong commitment to innovation, to pushing boundaries through our pioneer spirit and to providing visibility to worthy causes”. 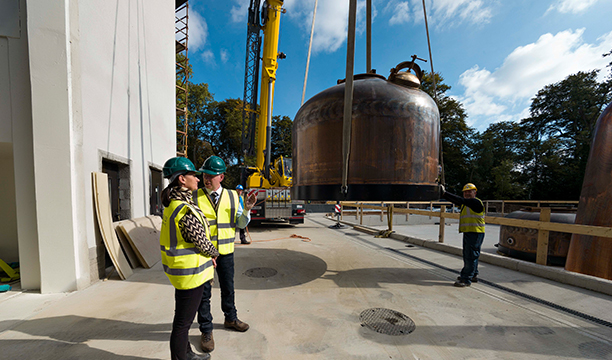 The Walsh Whiskey Distillery, based in Royal Oak, County Carlow, Ireland, celebrated a milestone in its build project this week with the arrival of almost 30 tonnes of copper and steel whiskey distilling equipment. The cargo made its first and last ever journey of 1,046 kilometres (650 miles) by road and sea from the north-west of Scotland. The crown jewels in the shipment are the three giant copper pot stills and stills that will be the “prime engines” in the distillation of up to eight million bottles of premium, craft, Irish whiskey annually. 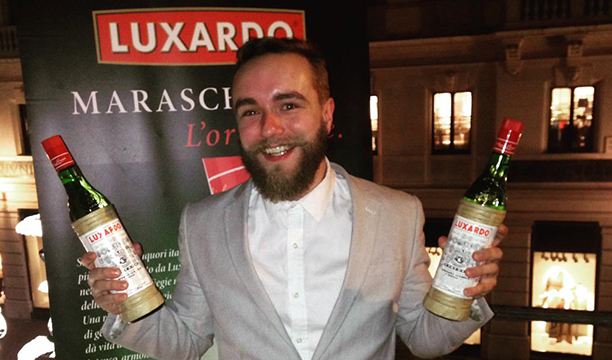 Matthew Hastings from the Tree House bar in Beaconsfield this week scooped the title of Luxardo Cocktail Campione 2015, his prize a cool £3,000. His winning cocktail reflected the 2015 competition theme, La Famiglia. “Our bar is our home, quite literally in my case, and my fellow bartenders are my family.  This combines all our favourite ingredients into a delightful drink that we’re proud to say represents our family, and our home from home.  Expect the cheesiest family photo show this side of daytime American TV.” Hastings’ winning serve includes 50ml Luxardo Maraschino Originale, 35ml lemon juice, 15ml egg white, 20ml Fernet, and 2 dashes chocolate bitters. 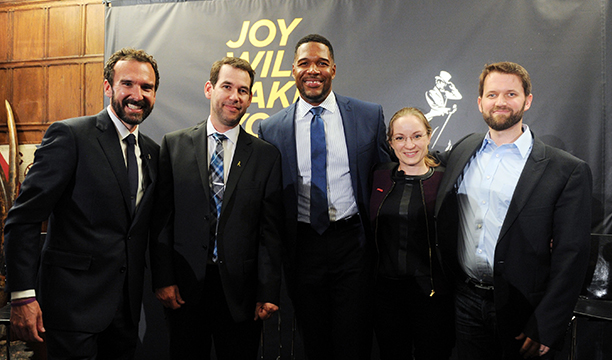 Johnnie Walker celebrated the New York launch of its Joy Will Take You Further campaign, with an exclusive event at the city’s headquarters of The Explorers Club, the world-famous non-profit organisation. Among those speaking on a panel on the potential of joy were Doug Ellin, of Entourage fame; Michael Strahan, pro football Hall of Famer and Live! with Kelly and Michael co-host; Eva Håkansson, inventor and world electric-powered motorcycle speed record holder; and Dr. Matt Killingsworth, leading psychologist and happiness expert. The Joy Will Take You Further event saw the premiere of a new experiment developed in partnership with Dr. Matt Killingsworth, Can Joy Improve Performance?  It showed how golfers could boost the accuracy of their shots when positively, rather than negatively, primed by their coach. 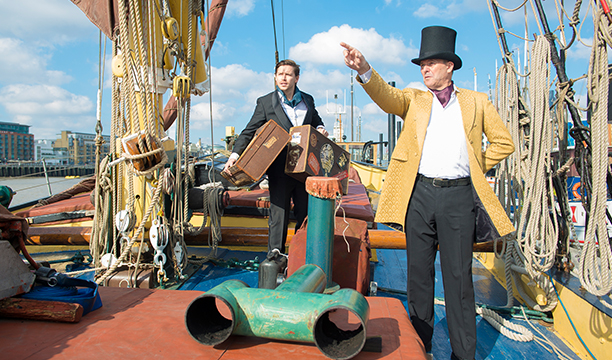 145 years after Jules Verne’s most famous explorer Phileas Fogg and his loyal valet Passepartout packed their bags and set sail on an exciting voyage to circumnavigate the globe in 80 days, Mayfair bar Mr Fogg’s recreated Mr Fogg’s departure from London on Lady Daphne, an actual Victorian vessel. “Fogg Fever” has taken over London, said the bar, with the original story set to be brought back to life on stage at St. James Theatre this Christmas, and a special a red hot air balloon poised to sweep across the London skyline in the next few weeks. In addition, Mr Fogg’s Tavern, the sister venue to Mayfair-based bar Mr Fogg’s, is set to launch in Covent Garden on 19 October. 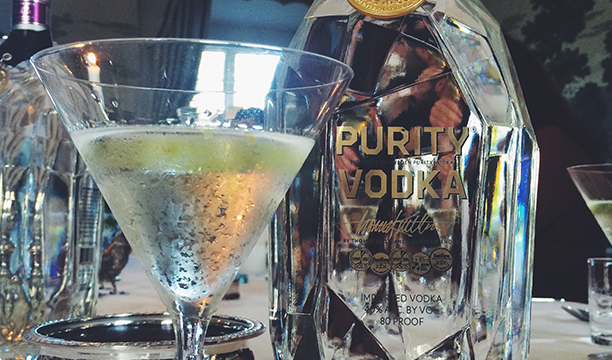 Earlier this week Purity Vodka commemorated its 100th Gold medal win by hosting a lavish celebration that saw highly acclaimed bartenders from across the globe in attendance. The ultra-premium vodka brand invited the party to join them at the home of Purity’s distillery, Ellinge Castle in Sweden, to celebrate their success in a variety of renowned blind tasting competitions around the world including SB‘s Global Spirits Masters competitions. Attendees enjoyed caviar tastings, cocktails in the sky during a hot air balloon ride, a tour of Ellinge Castle and distillery, drinks in Copenhagen’s most forward-thinking bars, and an extravagant dinner at highly-acclaimed Nordic restaurant Noma. 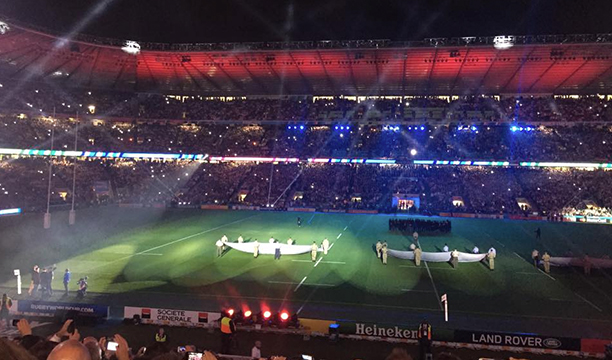 Last weekend, SB’s editor Kristiane Sherry joined Diageo at Twickenham last weekend for the much anticipated England vs. Wales Rugby World Cup tie. After a dynamic opening half, spirits were running high as England looked set to convert their commanding lead to resounding victory. Yet, as we now know, the Welsh contingent came storming back in a blistering final 10 minutes to stun England and steal the match. Controversial line-out decision and scoreline aside (28-25 if you missed it) a fantastic evening of rugby frivolity was had by all (even for the English among the group). 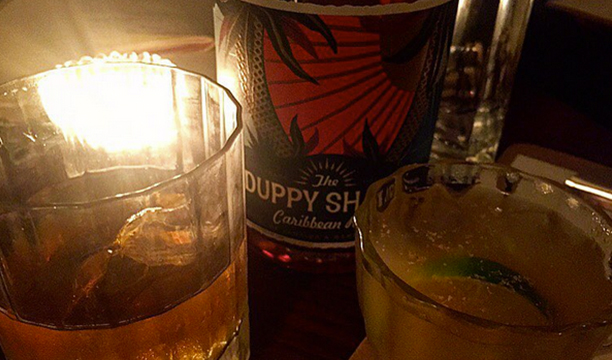 In a busy week, Team SB also popped along to London’s Merchant House to join The Duppy Share for a rum blending masterclass. The evening opened with a deliciously refreshing rum punch (made, of course, with The Duppy Share) before Jessica Swinfen, the brand’s co-founder, led attendees on a global tasting tour extravaganza. After mapping out personal tasting notes, it was time to get creative and blend our own rum expressions. As hands-on, immersive and educational, the masterclass was a “rum-arkable” mid-week treat. 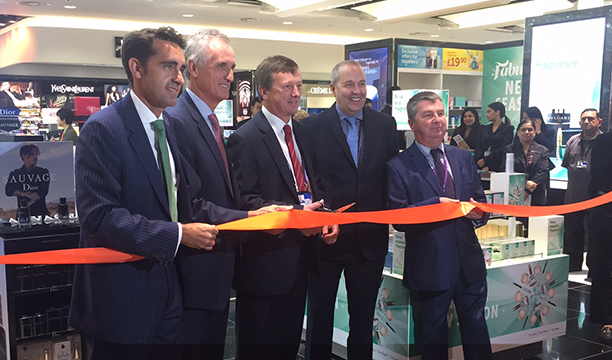 Travel retailer World Duty Free Group this week unveiled the latest incarnation of its Terminal 5 flagship store. Bringing technology and retail together through digital marketing, clever installations and the proprietary “Contentainment” concept, the new liquor store is set to inspire, delight and tempt travellers to part with their pennies. The branded digital tasting bar, which serves “bar standard” cocktails in full glassware, is fully customisable in minutes and is set to be a highlight for brands and consumers alike. 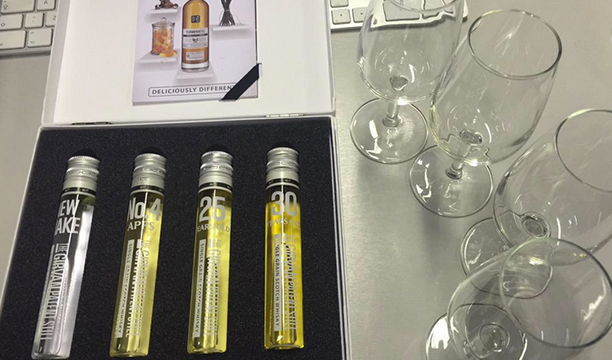 SB‘s Kristiane Sherry also took to social media with week for a Girvan Grain “Twitter Tasting”. William Grant & Sons’ Kevin Abrook and The Whisky Wire’s Steve Rush led the sampling session – participants had been sent the liquid in advance which was tasted simultaneously with nosing and tasting notes shared across the Twittersphere with the #GirvanGrain hashtag. The flight included the distillery’s reduced strength new make, No. 4 Apps, 25-year-old and 30-year-old expressions. The Girvan Patent Still brand was first launched in October 2013. 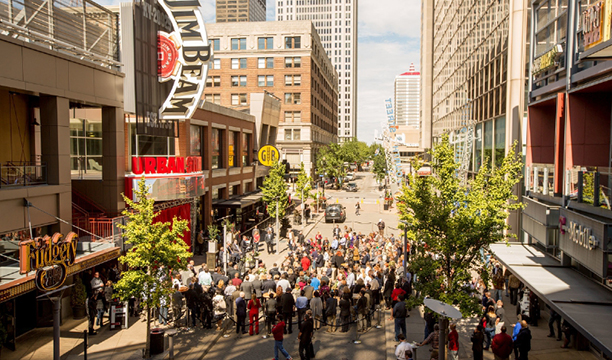 Jim Beam opened the doors of its multi-milion dollar Jim Beam Urban Stillhouse in Louisville, Kentucky, earlier this week, marking the first time the brand has opened a permanent tourist destination outside of its flagship distillery in Clermont. Based in the heart of Louisville’s Fourth Street entertainment district, the visitors’ centre aims to establishe a “highly visible presence” for the brand. 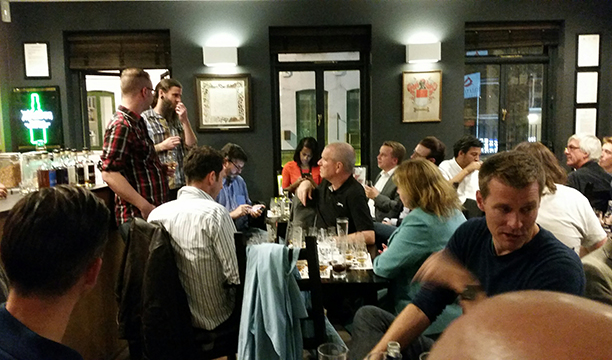 Ahead of next week’s TWE Show, Balcones Distilling hosted a popular tasting at the Soho Whisky Club for their members, showcasing the new release Blue Corn Bourbon for the first time. 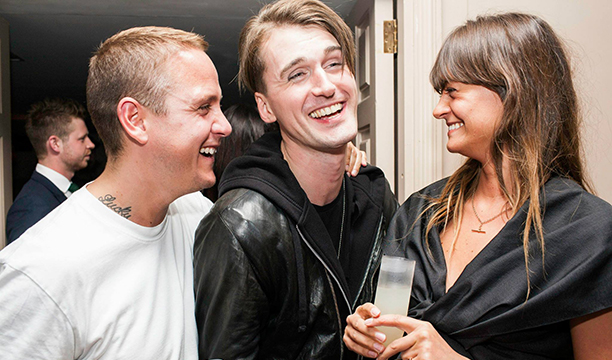 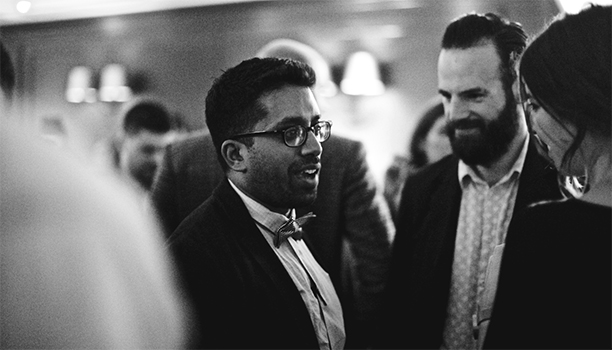