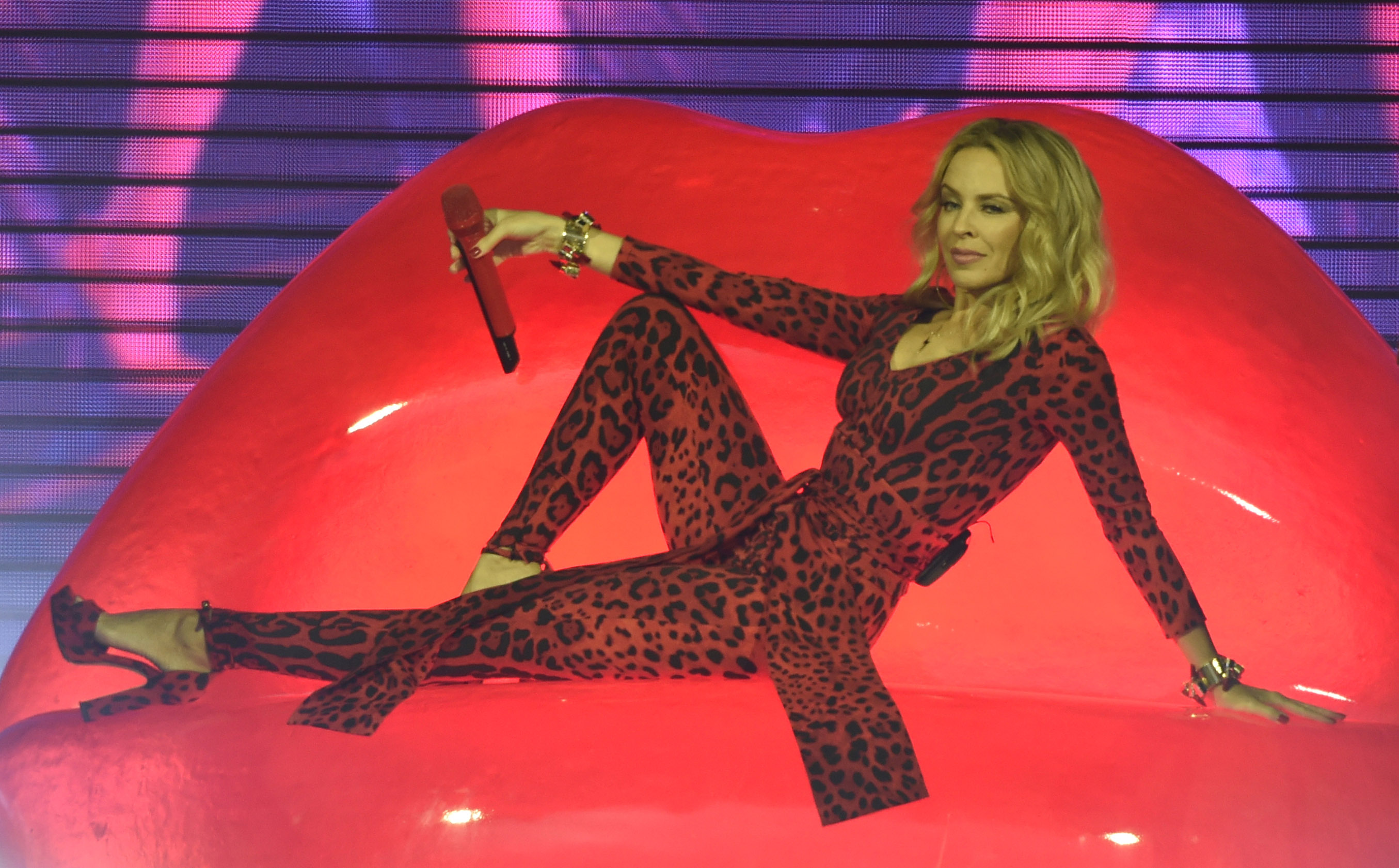 Greenall’s Gin celebrated Kylie Minogue’s performances at Newmarket and Haydock Park Racecourses as the official partner and gin of The Jockey Club and their 15 top race courses across the UK. As part of Kylie’s Summer 2015 Tour, she performed at two Evening Music Nights to crowds of racegoers who watched Kylie’s show after an evening of racing. Picture credit: The Jockey Club 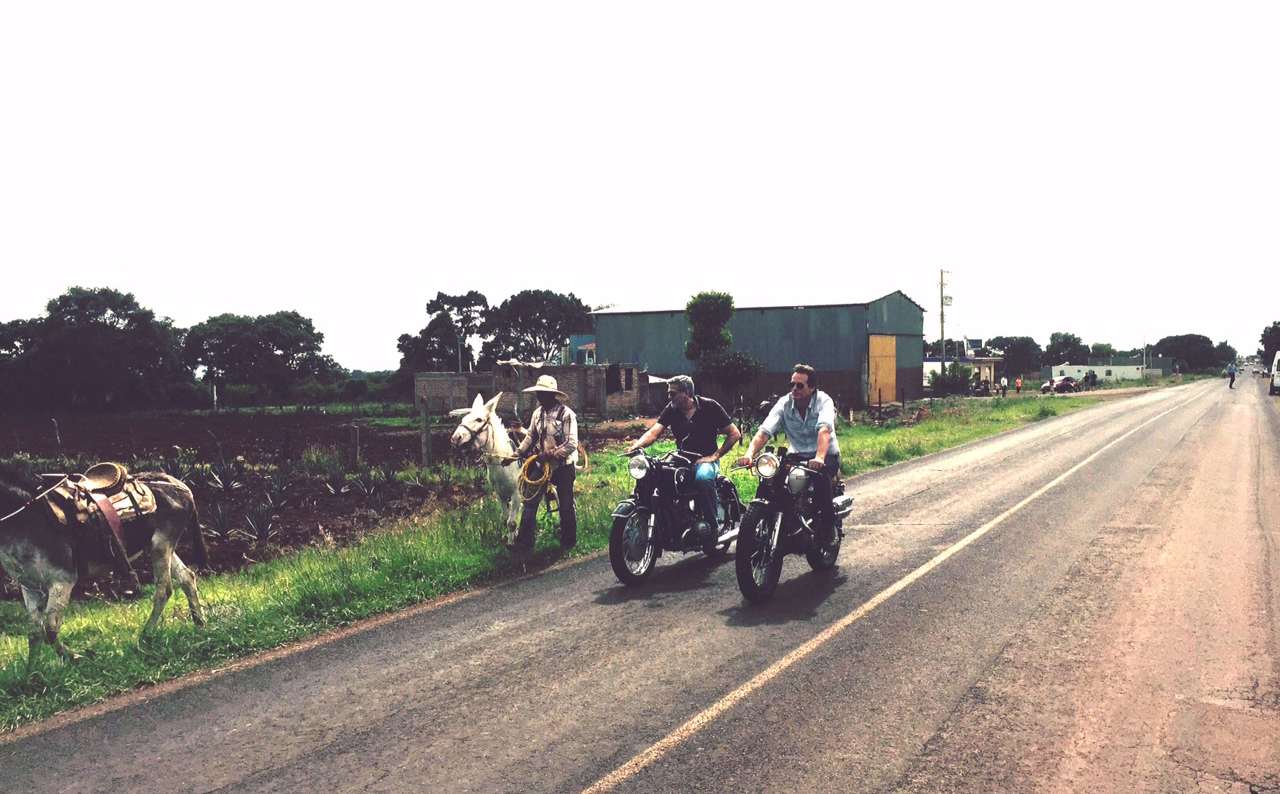 This week George Clooney and longtime friend, bar and restaurant mogul Rande Gerber, hit the road for their annual motorcycle trip to the Casamigos distillery, the home of their co-founded premium Tequila brand in Jalisco Mexico. The Casamigos brand is named after Gerber and Clooney’s houses in Mexico, and roughly translates to “house of friends”. 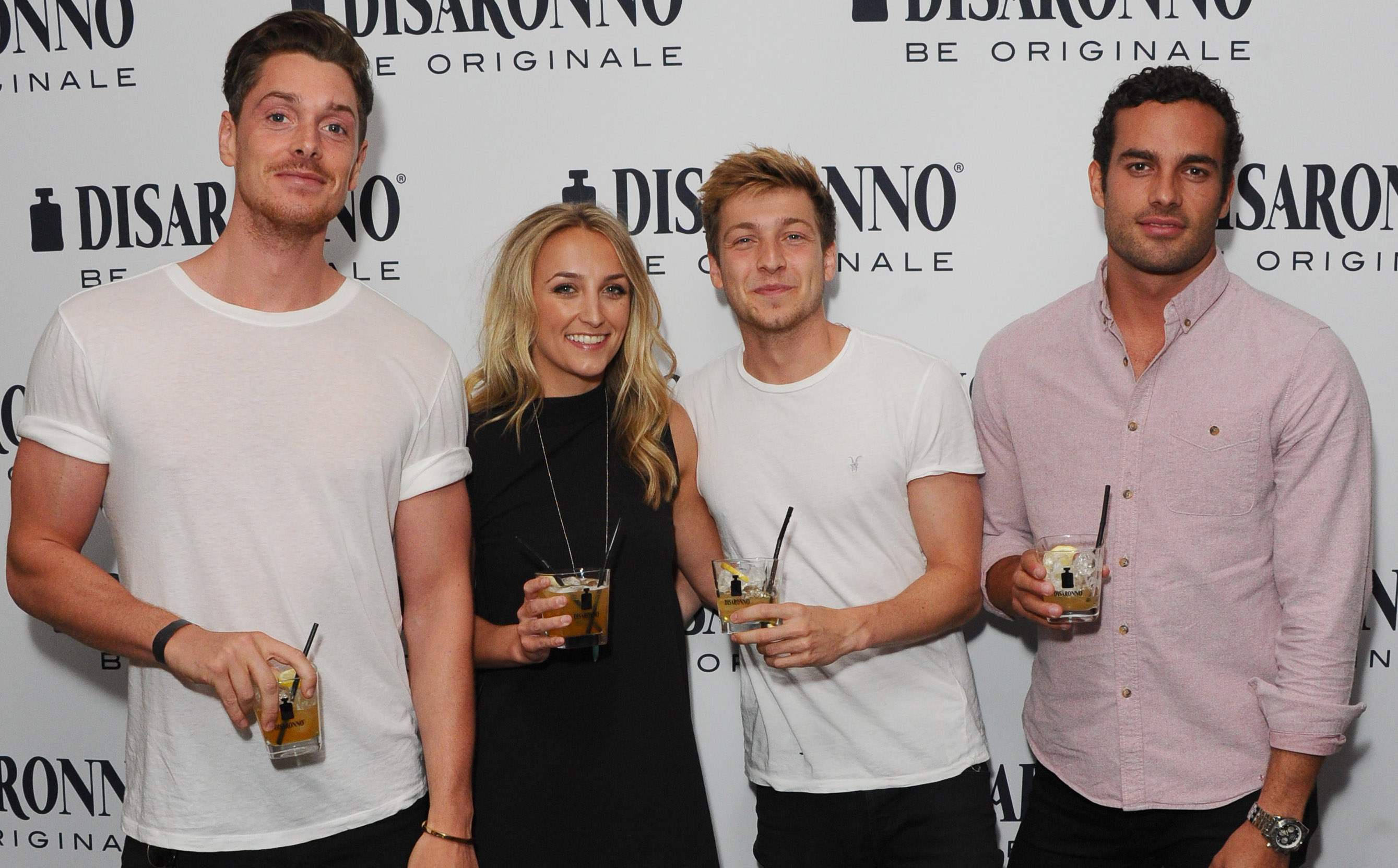 Disaronno kicked off its summer roof terrace parties with a star-studded event at Golden Bee in East London. Guests included stars from Made in Chelsea (picture above), Game of Thrones, and The Only Way Is Essex, as well as a host of radio DJs and TV presenters. Guests enjoyed live music by artist Jack Savoretti, and a DJ set from Ghostpoet. 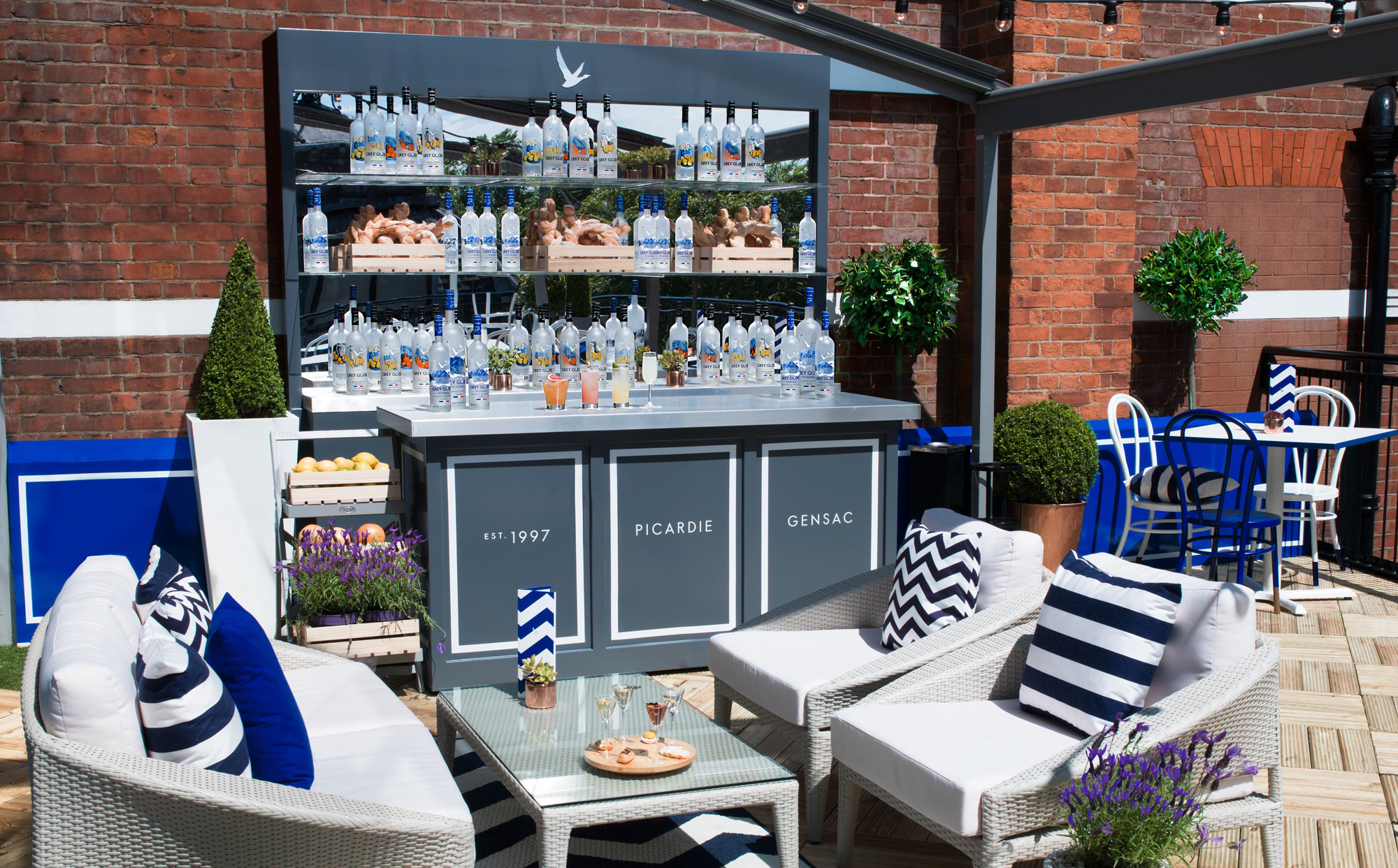 Grey Goose has partnered with Harvey Nichols to unveil its summer Martini cocktail collection. The cocktails each feature a flavoured vodka, decorated with a floral garnish and served alongside a pairing menu of mini patisseries and tarts made from the same fruits as the vodka variant. The menu is available at a series of pop-up alfresco terraces in London, Manchester and Edinburgh. 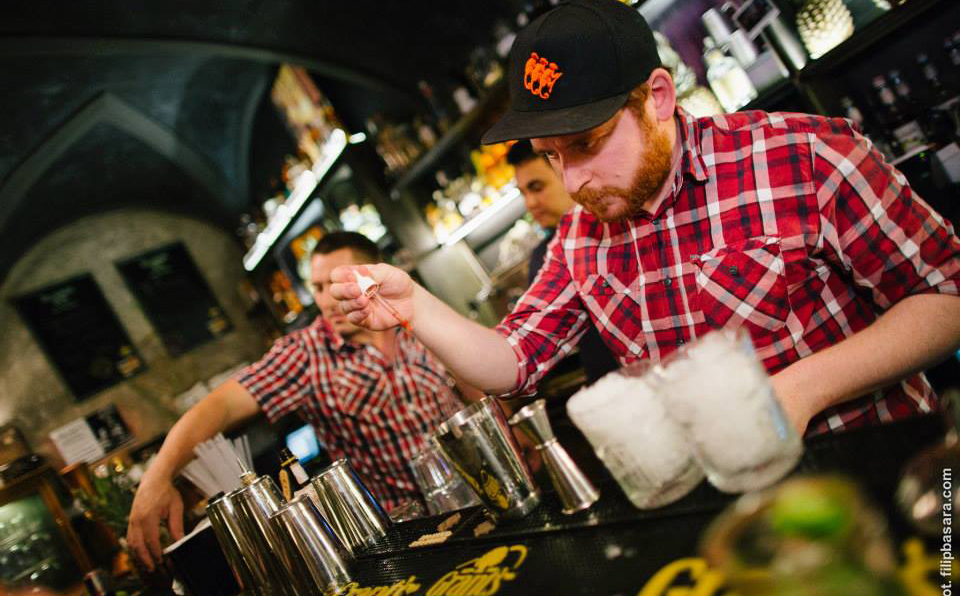 Grant Neave, UK brand ambassador for Monkey Shoulder, is set to open his unique Pop Down Bar in East London. The quirky offering will provide handouts of “mates rates” tokens to redeem at the bar, bouncers trained in ‘public manner’ etiquette, unique Monkey Shoulder cocktails, and ‘Manapés’ by “mad scientists” of the food world Dram & Smoke, who will be serving everything from duck donuts to deep fried Mars Bars. 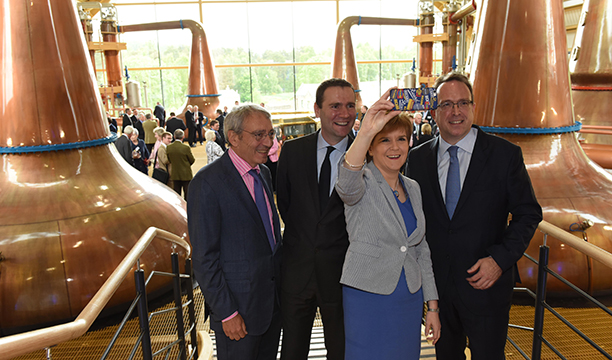 On Monday, Chivas Brothers opened the doors of its new £25 million Dalmunach Distillery, with Scotland’s First Minister Nicola Sturgeon in attendance. Dalmunach is based on the site of the former Imperial Distillery, which was mothballed in 1998, on the banks of the River Spey in Carron. 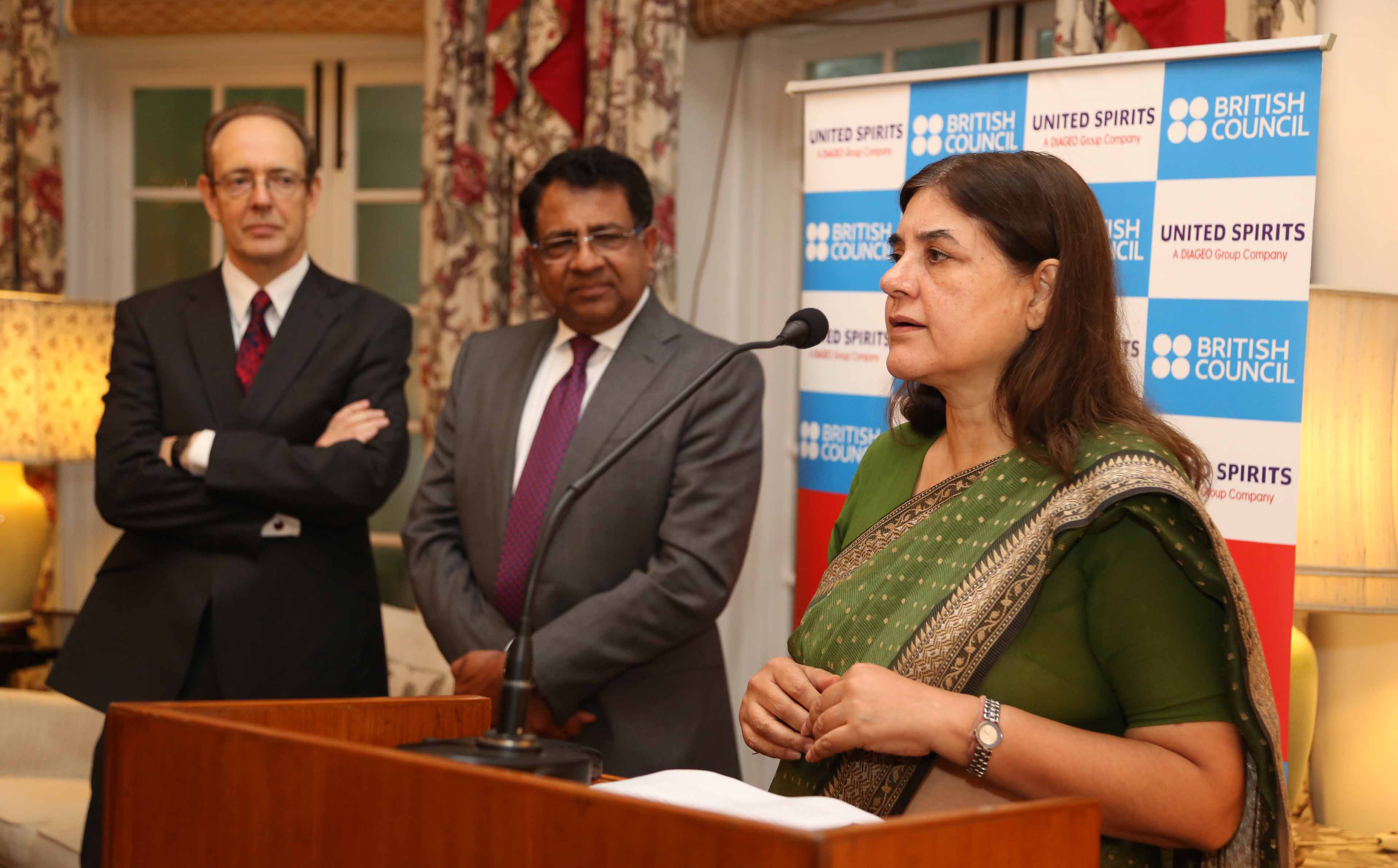 Diageo and its subsidiary in India, United Spirits Ltd, announced phase two of its Young Women Social Entrepreneurship Development Programme, which is run in association with the British Council. At a reception hosted by His Excellency, Sir James Bevan KCMG, the British High Commissioner in India, the programme was dedicated to the women of India. The programme aims to contribute to entrepreneurship education by training female “Master Trainers”, and through them train a larger group of women to become entrepreneurs. 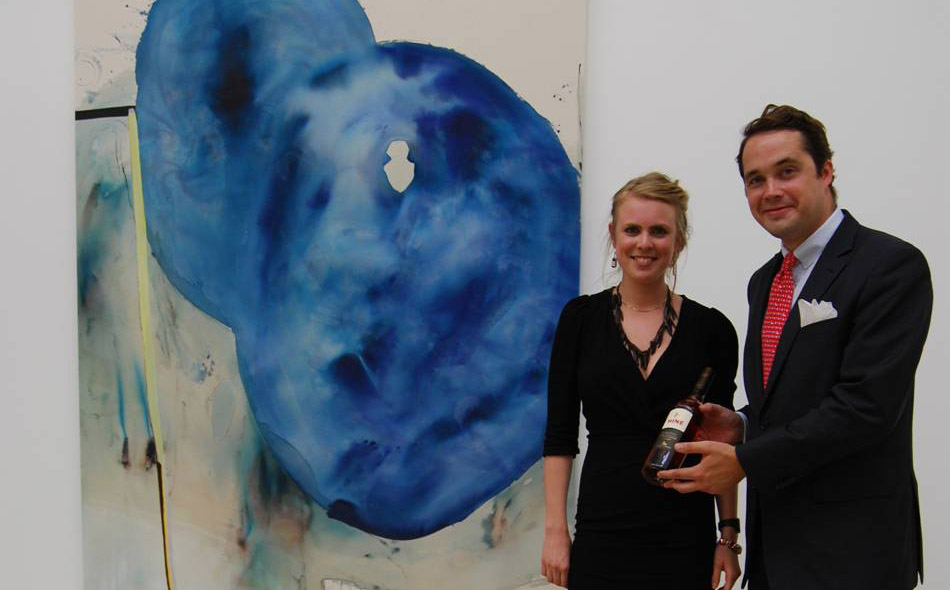 Hine Cognac’s brand ambassador and sales manager, Per Even Allaire, presented Ragna Bley with the Hine Painting Prize at this years’ Royal College of Art Masters Exhibition. Ragna’s winning work, “The numbers in turn lead back to us”, is executed in acrylic on canvas. She is the fifth recipient of this annual award, and her work will be shipped to France after the exhibition closes and hung on the walls of Hine’s Jarnac offices. 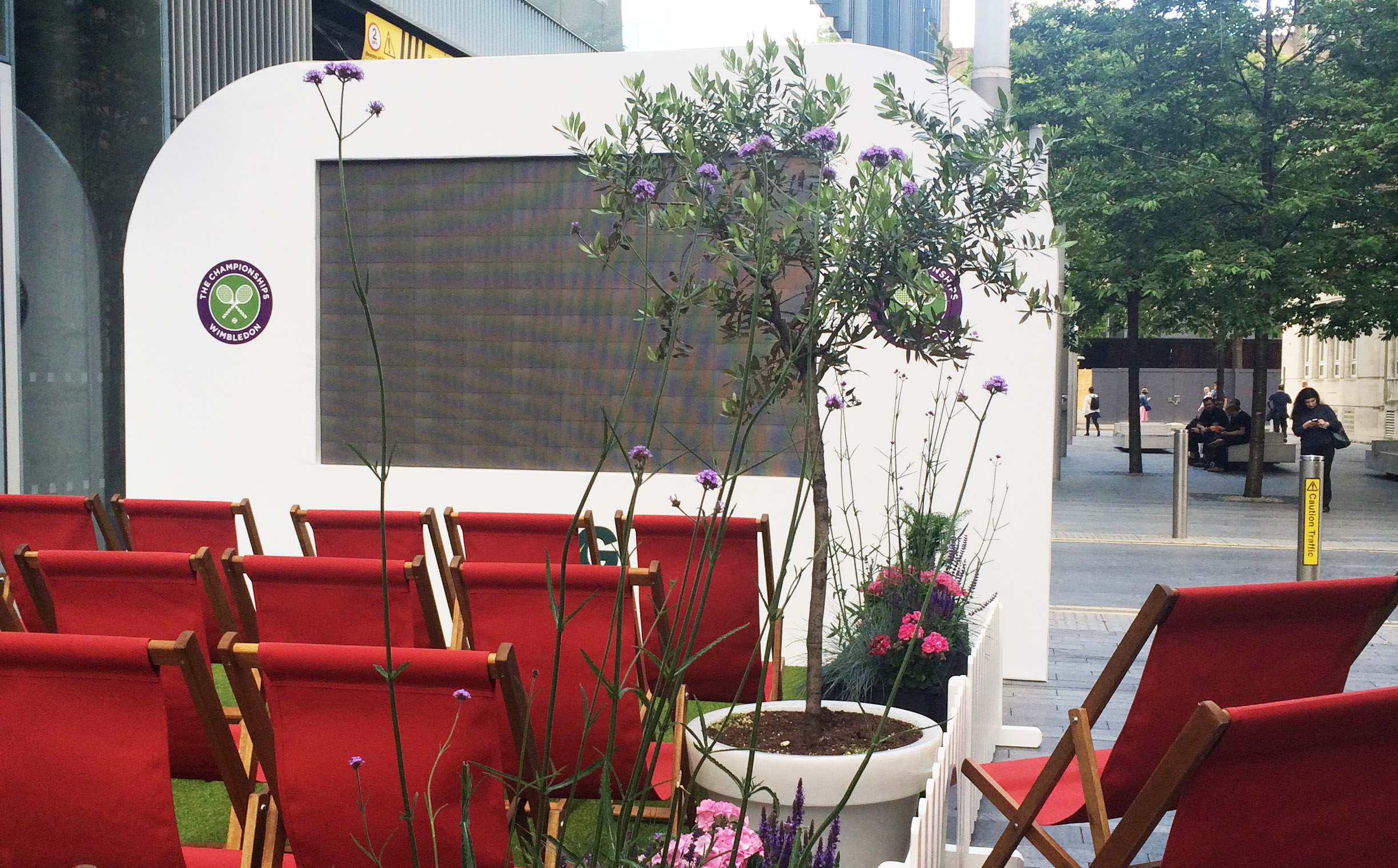 The Refinery Bankside celebrated the start of summer with the arrival of its new outdoor space. The lush seating area – complete with TV screen, Pimms dispenser and specialised Stella bar –  which will host a variety of events through a packed schedule covering tennis, golf, rugby, cycling and film screenings, including classics such as Billy Elliot and Breakfast At Tiffany’s. 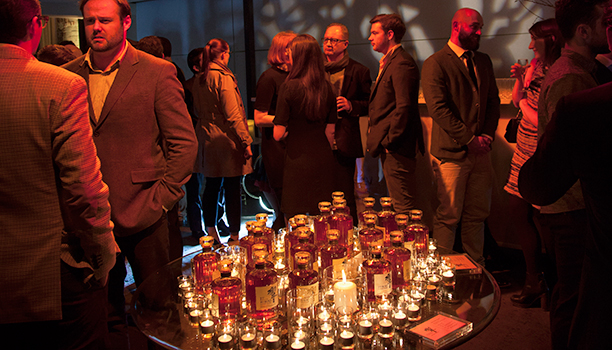 To celebrate the launch of the newest addition to the Suntory whisky portfolio, Hibiki Japanese Harmony, The House of Suntory Takeover will return to Australia next week. Attendees will have the opportunity to sample Suntory whisky paired with Japanese culinary delight comprising a six course or three course menu. 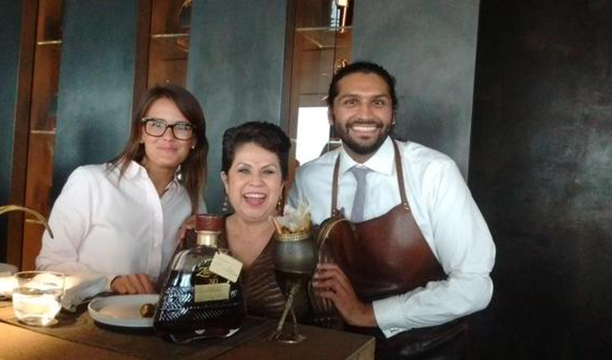 SB zoomed up to the 32nd floor of London’s Shard and into its beautiful Oblix bar and restaurant to attend the launch of the new Rooster cocktail – marking the first time Diageo’s Zacapa XO rum has been listed on a cocktail menu. Bar manager Wendy Stoklasova (left) and head bartender Aaron Masonda (right) showcased the cocktail to Zacapa master blender Lorena Vasquez (centre). Said to embody the vibrant streets of Guatemala, Rooster is a mix of Zacapa XO, spiced orchid vermouth, banana liqueur and coconut perfume. Its unusual yet elegant vessel – a coconut which sits atop a pair of chicken legs – took around a year to perfect. 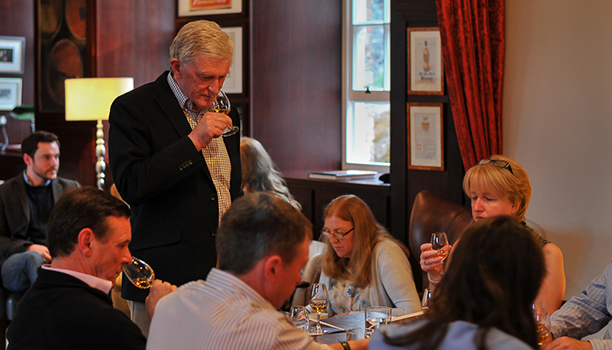 On Wednesday, ex-master distiller Barry Crockett presented a talk on the history of the Old Midleton Distillery exploring features of single pot still Irish whiskey production, before leading a tasting of Midleton Very Rare and Midleton Barry Crockett Legacy. Crockett’s presentation was the first in a new series of one-off talks by experts in various subjects set to take place at The Irish Whiskey Academy.