Outer space might not seem like the natural environment to enjoy a Martini or glass of vodka, but these spirits brands refuse to be constrained by earthly boundaries.

From an experiment to test the affects of gravity on the whisky ageing process, to a Martini glass specially designed for astronauts, spirits have surprisingly made their way into the boundless, weightless environment.

A number of brands ventured into space as part of extravagant marketing campaigns, while others have sponsored pioneering commercial space flights or sought the “ultimate level of cold”.

Embarking on one small step for spirits, and one giant leap for spiritskind, these are the top six spirits space missions. If you know of any more planet-hopping brands, let us know by leaving a comment below. 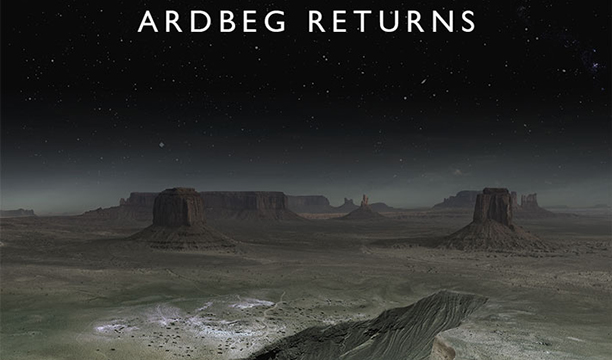 Islay Scotch whisky brand Ardbeg was one of the first spirits space pioneers, launching a project to test the effects of gravity on whisky ageing in 2011. The brand launched vials of compounds known as ‘terpenes’ – found at its distillery on Islay – into space via rockets from Kazakhstan, which will remained at the International Space Station for three years. After re-entering the Earth’s atmosphere in August last year, the vials were transported to Houston, Texas, to be reunited with the test sample from Ardbeg’s warehouse #3 to begin the analysis. 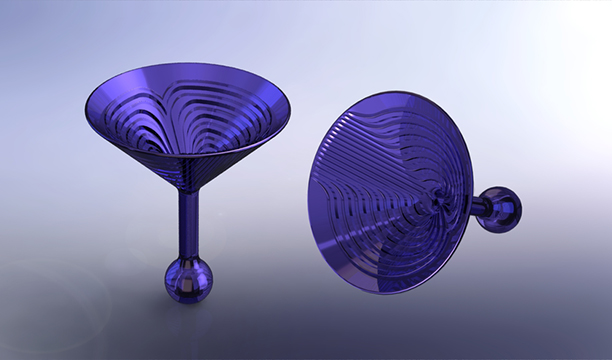 Not many people would have spent much of their time worrying about the ability of astronauts to retain their dignity when sipping a Martini in space – but one company has, dedicating thousands of dollars to the cause. Last month San Francisco-based Cosmic Lifestyle Corporation (CLC), a group which designs domestic products for space, launched a Kickstarter campaign to raise funds for its Zero Gravity Cocktail Project, which aims to make cocktail-drinking a little easier for those elsewhere in the solar system. The group attempted to raise US$30,000 to test and launch the product, which has been created using a costly process of 3D printing. 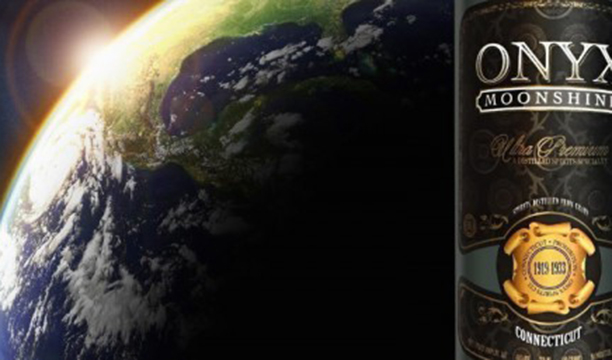 The most recent voyage into space by a spirits brand will be undertaken by independent US distiller The Onyx Spirits Company which it preparing to send its signature moonshine 22 miles into space aboard a “weather balloon-powered space apparatus”. The New England-based firm plans to launch the product on 2 May, mounted on a silver platter with an accompanying rocks glass. 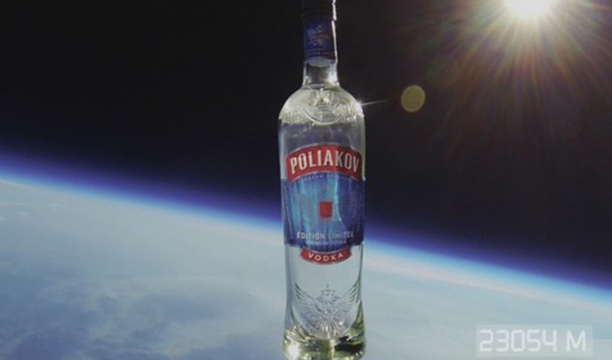 In February last year, Poliakov Vodka launched a “one of a kind” mission to allow one of its bottles to reach the “ultimate level” of cold – the “K Degree” – the most freezing temperature one may find in the universe, at -273°C. The brand sent a bottle of its vodka into the unknown at an altitude of 20 miles and set up cameras for fans to follow the bottle’s journey through space. 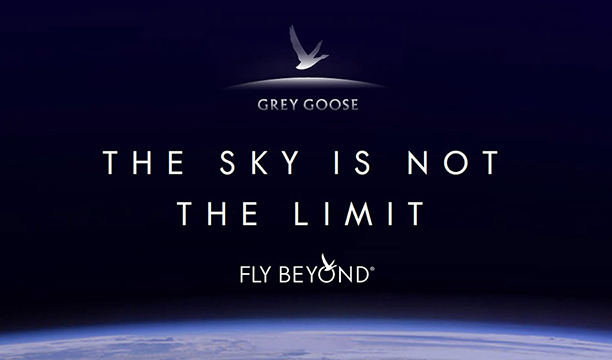 Grey Goose vodka may not have made its debut in space just yet, but the prospect is nearing as billionaire Richard Branson adds the finishing touches to his Virgin Galactic fleet. The Bacardi-owned brand signed up to become the official sponsor for Galactic, which is set to become the world’s first commercial space flight. It will exclusively sponsor the project at its base in New Mexico, US, offer exclusive content, limited edition cocktails and also provide a range of signature cocktails for the launch of the first commercial spaceflight. 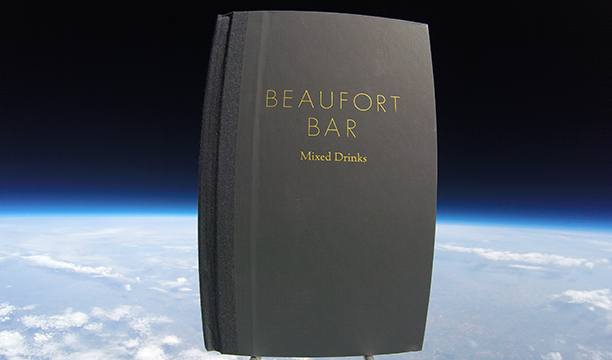 Earlier this month, The Savoy hotel’s famous Beaufort Bar in London became the world’s first bar to send its cocktail menu into space. The bar enlisted Sent into Space to fire its new limited edition menu 36 kilometers above the Earth’s surface on board a “special balloon” as part of an extravagant marketing stunt.