Brands looking to tap into the lucrative Americas travel retail sector see the IAADFS Duty Free Show in Florida as unmissable. Here, we round up the best products on show.

The US may be the largest domestic market in the world for premium spirits, drawing hoards of brands to the delights afforded by travel retail, but in terms of regional growth in the Americas, the south is coming up trumps.

Spirits sales in North America duty free have grown at a CAGR of 2.6% over the last five years (2008-13), but compared to what’s happening in Latin America, where sales grew at a rate of 7.3%, it’s easy to understand why brands need to take the whole of the Americas seriously to benefit from increasing spend in the region.

Having a presence at the IAADFS Duty Free Show of the Americas on 22-25 March is a necessity for brands seeking increased distribution, and distributors and retailers looking for exciting products to stock.

Returning to the Orlando World Center Marriott in Orlando, Florida, the show expects well over 180 exhibitors from across the travel retail industry to contribute to “another very successful show”.

Michael Payne, IAADFS executive director, said: “We are delighted to be welcoming back so many of our exhibitors who have always been very supportive. We are also excited that during the last year we have added more than 50 new supplier members, many of whom are exhibiting for the first time this year. We expect to have a full tradeshow floor.”

Already signed up to exhibit this year are regulars Beam Suntory with its new combined portfolio, Rémy Cointreau Global Travel Retail, and Brown-Forman Beverages, while new to the show are Beluga Vodka International, Distillerie Des Moisans and Hardy Cognacs.

The show is a prime opportunity for both global and domestic brands to make their mark on Americas duty free, regardless of whether they are an exhibitor or visitor.

To make the show as stress-free as possible, IAADFS organisers have an exciting line-up of social events, such as the opening reception and gala evening, as well as Sunday sports day.

With so many exhibitors under one roof, SB has taken the toll out of searching for the most exciting new products being showcased at the show by listing our picks on the following pages.

Pre-registration is open now, or you can register on-site from 21 March. Visit www.iaadfs.org/dutyfreeshow. 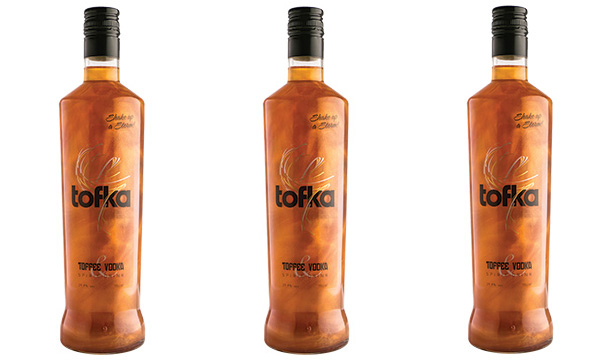 Having been an après-ski favourite of snow lovers in Courchevel since 1850, Tofka has witnessed a revival of sorts thanks to Babco UK, who resurrected the toffee-flavoured vodka liqueur to serve exclusively in British bars.

Now World of Patria is bringing Tofka to the masses through a launch in travel retail, starting with its official unveiling at IAADFS Duty Free Show. Available in a 700ml bottle, the 29.9% abv liqueur is also already available domestically in Australia and New Zealand.

What they say: “Tofka is not just another flavoured vodka but a drink experience in its own right. Travellers are always looking for something new and different and this most definitely is it, capturing the consumer’s eye and seducing the taste buds.” 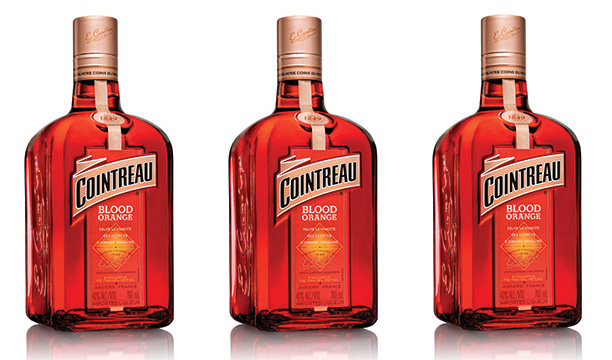 Cointreau has not been short of innovations over the past few years, having introduced Cointreau Noir in 2013 to travel retail. Now brand owner Rémy Cointreau has returned with a new travel retail exclusive creation – Cointreau Blood Orange. At 40% abv, the liqueur has been made using blood oranges harvested from the French island of Corsica, where the fruit is plucked from the tree at precisely the right moment so as to maximise the level of essential oils in the skin. The expression is being given its debut at IAADFS Duty Free Show of the Americas this year, and will be available at selected travel retail outlets from May 2015.

What they say: “Cointreau Blood Orange will bring new energy to the spirits category in duty free throughout 2015 and beyond. Cointreau Blood Orange encapsulates the free-spirit of ‘la Parisienne’, part of the DNA of la Maison Cointreau, and it is guaranteed to seduce independent women travellers all over the world.” 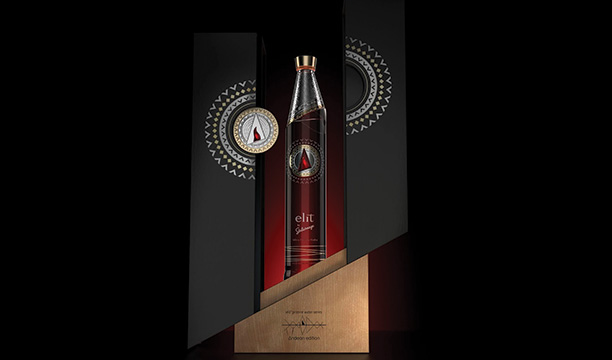 Stolichnaya Vodka’s ultra-premium brand extension, elit by Stolichnaya, unveiled its final expression in the Pristine Waters series, The Andean Edition, toward the end of 2014. What started in 2011 with the launch of the Himalayan Edition, and then the New Zealand Edition last year, has now been completed with this latest release.

All three editions have featured water sourced from remote sources across the world, with the most recent boasting H2O from a natural spring flowing from the foothills of the Andes Mountains. Just 250 bottles of this limited edition vodka are available globally.

What they say: “This year we are forecasting over 10% growth in Stoli Premium and 25% growth in elit after expanding distribution and programming throughout North America.” 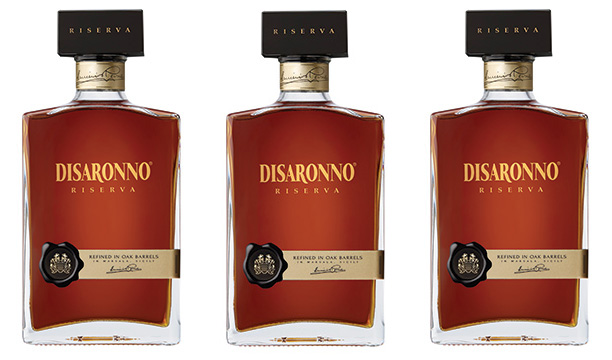 The Scotch whisky-based liqueur, which has been married with original Disaronno and rested in marsala barrels, is breaking boundaries with its ultra-premium €300 price tag.

The expression, along with other Illva Saronno products, is being distributed across the Americas by Edrington Webb.

What they say: “We have been pleased with the efforts that Webb has made on our behalf over the past 12 months and we are beginning to see definite progress with our brands in the US, Caribbean and within 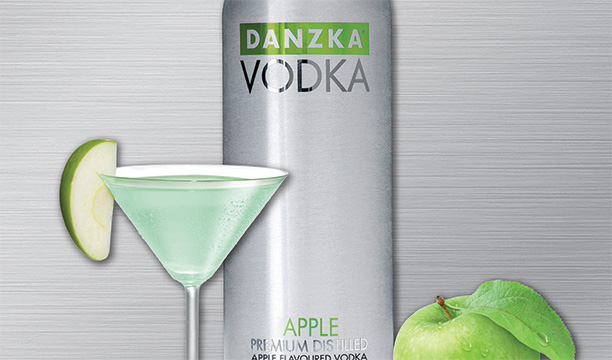 Danzka Apple, the first new flavour for the German vodka brand since the launch of Cranraz 10 years ago, made its debut at TFWA Cannes last October, but is now winging its way to IAADFS Duty Free Show in Orlando this March.

Head over to brand owner Waldemar Behn’s stand to sample the new 40% abv vodka, as well as meet the group’s new regional director for Latin America and Caribbean, Ricardo “Tito” Gonzalez, who will be on-hand to discuss the company’s strategy in the region for the year ahead.

What they say: “We are very excited about the development of our business in the Americas in 2015, both with the addition of Tito to our team and the launch of Danzka Vodka Apple.” 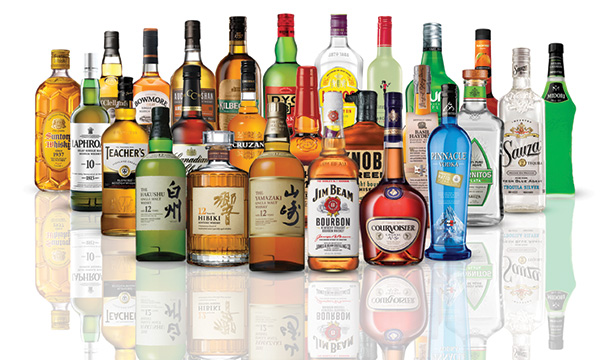 Beam Suntory will be exhibiting its newly-aligned spirits portfolio at IAADFS Duty Free Show for the first time since the launch of its global operation.

Among the products being showcased are the group’s now extensive selection of Japanese and Scotch whiskies, including Bowmore and Laphroaig, the two largest peated Islay malts that both have TR exclusives to offer.

Also on show will be the group’s portfolio of Bourbon and American whiskey, which will soon see the addition of a flavour-infused expression in the Jim Beam Signature Craft series.

What they say: “IAADFS is especially important this year as it marks our first exhibition as a global spirits distribution operation in travel retail. We look forward to welcoming customers to our stand and talking to them about how we can work together to realise the potential of the spirits category.” 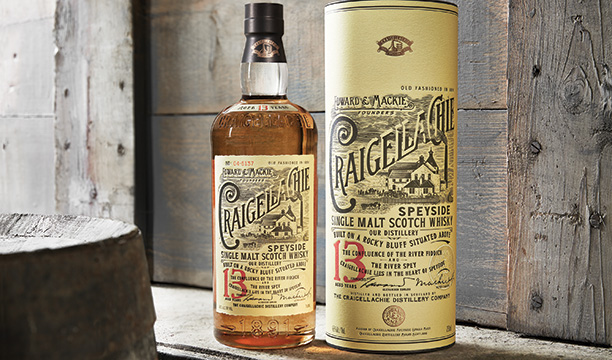 Bacardi’s Last Great Malts of Scotland series has been slowly rolling across the world one brand at a time, but now the Bermuda-based company will be showcasing three of its five new single malt whiskies at this year’s show.

On display at their stand will be Aberfeldy, Craigellachie and Deveron – the former two of which have recently been given domestic launches in the US. As for Deveron, the malt whisky will not be released in domestic retail until summer 2015, giving visitors to Bacardi’s stand a sneak preview.

Set to follow at some point in the future will be Aultmore and Royal Brackla.

What they say: “Up until now, these amazing liquids have been Scotland’s best-kept secret, known only to a few. Now we’re appealing to single malt drinkers – people who like stories and enthusiasts who are interested in exploring the aromas of the world’s most complex spirit.”

Just 1,000 bottles of the Papá Andrés 2015 Alegría Edition have been created, priced at US$1,500 each. The ultra-premium price point puts the expression right at the top-end of the rum spectrum, although all proceeds from its sale go to the Brugal Foundation, which reduces poverty in the Dominican Republic.

Spanish designer Javier Mariscal has created a collectors’ book for this edition, the second-ever release of Papá Andrés.

What they say: “Papá Andrés is the ultimate expression of Brugal quality, craft and skill – a truly rare and extraordinary rum.”