As consumer interest in the provenance and heritage of craft drinks brands increases, a niche new trend of terroir-focused single estate spirits has emerged.

In recent years, the traditional wine-based concept of terroir has seeped into the world of spirits with the rise of this phenomenon, as more producers create bottlings which offer a “taste of the land” on which they were created.

Similar to the wider craft sector, there is no official, unifying definition of single estate spirits, but it is understood that producers source the vast majority of ingredients, or at least the primary ingredient, for their product from one area of land.

The company in question owns this area of land and oversees the growth and harvesting of its produce – such sites are therefore often referred to as farm to bottle distilleries.

There are now a number of single estate vodka, rum and Cognac brands, however the trend is also now being adopted by Scotch and Tequila producers.

Click through the following pages to see our selection of the top 10 single estate spirits. If you think we have omitted an essential brand from this list, let us know by leaving a comment.

For a more in-depth look at the single estate spirits trend, see the February 2015 issue of The Spirits Business magazine. 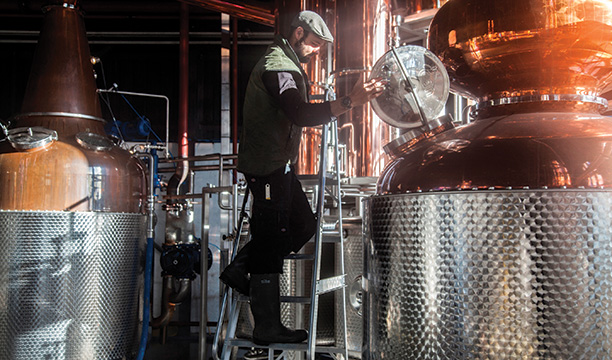 Fermented, distilled, bottled and labeled on-site, Arbikie Vodka is made using a blend of Maris Piper, King Edward and Cultra potatoes which have been grown on the Arbikie Highland estate, owned by the Stirling family.

“We grow and distil all of our own ingredients as we want to make sure we have complete control over every single process,” said David Stirling, founder of the distillery. “Growing the base ingredients is almost as important distilling in making spirits. 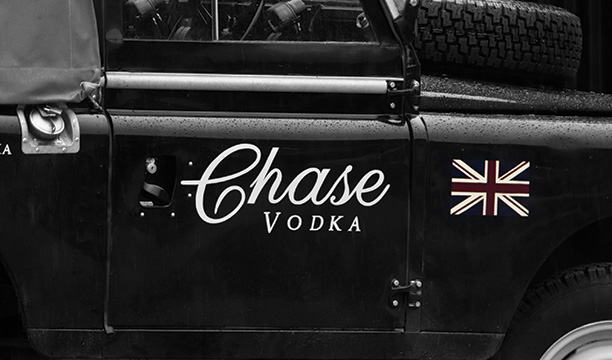 Largely touted as the UK’s first authentic farm to bottle distillery, Chase Distillery is based on a vast family-run farm in Hereford and makes a range of vodkas, gins and liqueurs.

The Chase family grows, harvests, ferments and then distils King Edward and Lady Claire potatoes, as well as cider apples, for their products. Water used to temper the spirit is taken from underneath the apple trees in the farm, and the final liquid is bottled on-site.

It was revealed last year that the distillery has received a “multi-million pound” funding infection to aid its significant growth targets overseas. 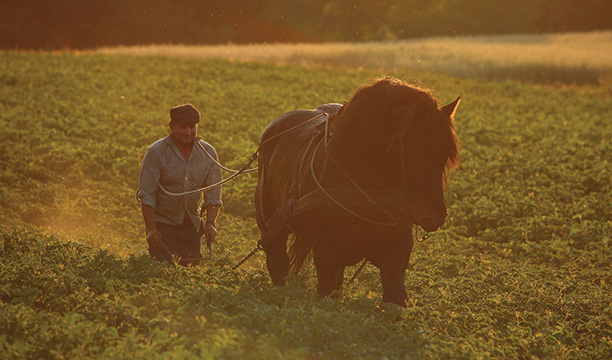 Vestal Vodka may not be a single estate spirit in the strictest sense of the term, but founder Will Borrell describes the brand as “single village” due to the close proximity of its production stages.

The Polish potato vodka is unique in that it bottles its product according to vintage, meaning each small batch expression is limited edition.

“We are fussy about which variety [of potato] we plant and exactly where they are grown, aware that what a French winemaker would call terroir is equally important to our business,” the brand said. 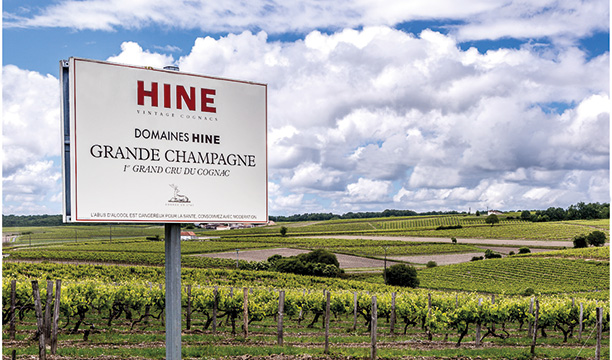 It is the first in a succession of planned bottlings that will only be launched if cellar master Eric Forget believes the vintage is good enough. Sourced from the house’s vineyards in the prime Grande Champagne enclave of Bonneuil, the expression is also bottled without caramel colouring.

“It’s a time capsule of what happened in that particular year, in that particular vineyard,” said Francois Le Grelle, CEO of Hine. “It also offers exclusivity for consumers because single vineyard isn’t the norm; around 99% of Cognac producers blend.” 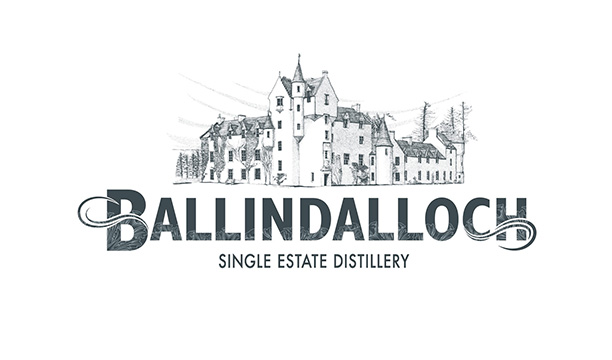 Scotland’s Ballindalloch estate, based in Moray, hasn’t released its much-anticipated inaurgural Scotch whisky yet, but interest is already soaring.

The distillery stands out from the crowd with its dedication to exclusively producing Scotch whisky, choosing to not subsidise costs with white spirits sales. As with many single estate distilleries, Ballindalloch outsources its yeast and also using an external malting house, giving assurances the same base product is returned untainted.

“In its essence, Ballindalloch is much more akin to how distilleries operated 100 years ago, using the agriculture on its doorstep which is then fed back into the environment,” said Brian Robinson, distillery host for Ballindalloch. 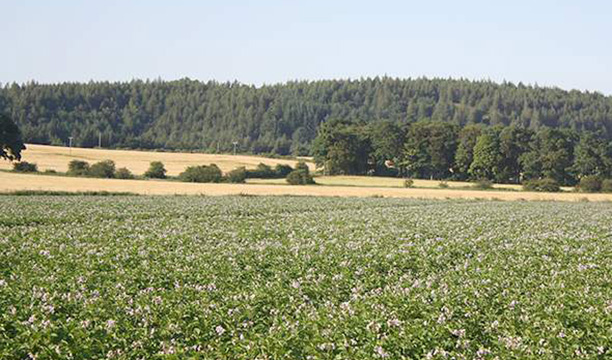 Another single estate Scottish potato vodka is Ogilvy, which launched in the UK in January this year.

The product has been created through a collaboration between Scottish farm Ogilvy and Abhishek Banik, distiller and technical production manager of Heriot-Watt University (HWU), over the past two years.

Located at Hatton of Ogilvy Farm, Ogilvy Vodka is distilled in a column pot still and matured for a week before being charcoal-filtered at a drip speed. It uses Maris Piper potatoes grown on-site. 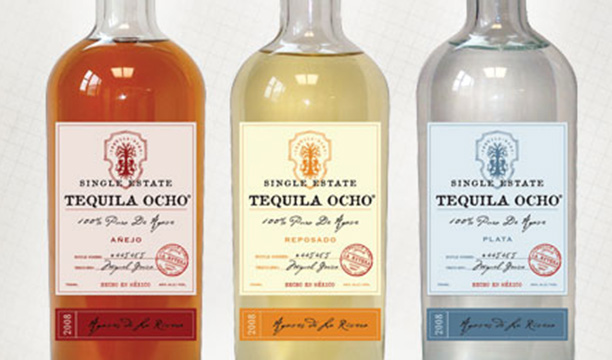 Tequila Ocho is said to be the first Tequila brand to designate both the year in which it was produced, and the field from which its agave was harvested.

The distillery claims that it aims to show “terrior exists in agave” through the distinct aroma and character of its vintages, sourced from single fields (or ranchos).

“Tequila Ocho is the first single-field Tequila, and as such the first Tequila – or spirit of any category for that matter – to really highlight the terroir from which the raw material came,” said Jesse Estes, co-founder of the brand. 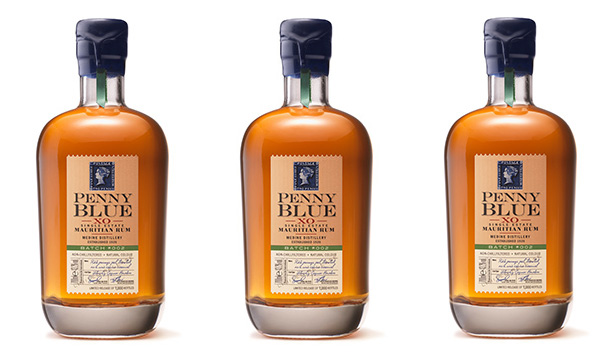 The production of Mauritian rum brand Penny Blue occurs on just one estate, where the sugar cane is grown and distilled, before being matured and bottled.

The brand was launched by UK-based wine and spirits merchant Berry Bros. & Rudd in 2013, and is produced at the oldest distillery on the island of Mauritius.

A second batch of the brand was launched in July last year following on from its predecessor’s success in Europe. There is however a limited allocation of 7,000 bottles, comprised of rum aged in 22 Scotch, Cognac and Bourbon casks for between 5-11 years. 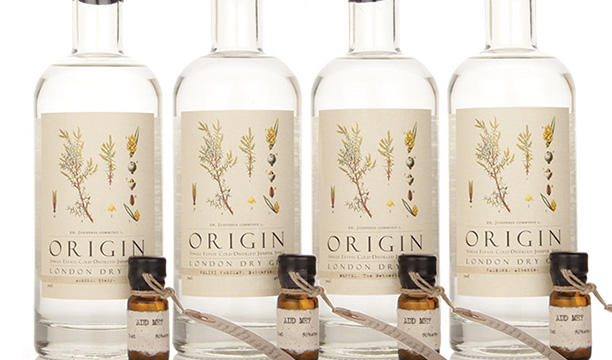 Of course, with the wide variety of botanicals used in gin, sourced from all over the world, it’s very difficult for the category to carve a spot in the single-estate sub-sector, even if its base grain is sourced in such a way.

However, Origin gin came very close with its Single Estate Cold Distilled Juniper – a range of gins that use single estate juniper distillates. Each batch is distilled using juniper alone, with no other botanicals whatsoever.

The collection highlights the terroir of different juniper-growing regions around the world. Individual bottles come with a small vial of distilled botanicals, so drinkers can transform a bottle of Origin into a more traditional-tasting gin if they wish. 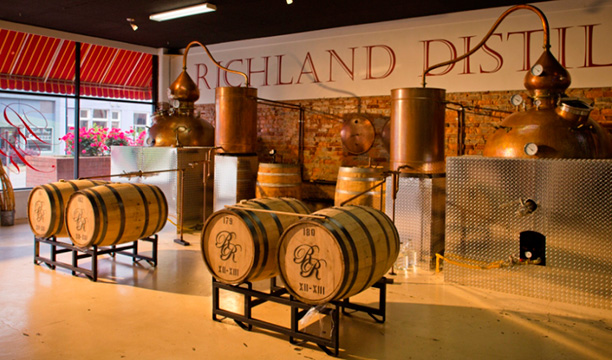 US brand Richland Rum is created by the Richland Distilling Company using pure sugarcane homegrown on the proprietor’s Estate ‘Vennebroeck’ in Richland, Georgia.

Natural water sourced from the Georgia Aquiferis is the only other ingredient used to create the rum. Ingredients are distilled in copper pot stills in single day batches before it is aged in virgin American oak casks and bottled on-site.