Best known as a playground for the mega-rich, could the first signs of a healthy middle market finally be emerging in Dubai’s bar scene? BarChick finds out.

Understated is probably the last word to spring to mind when you think of Dubai; flashy and fabulous, glam verging on garish, a place of expense and extremes, an adult Disneyland in the desert.

The same can be said for the nightlife, mainly secreted away in luxury hotels with valet parking, bottle service and price tags as dizzying as the skyscrapers. But after more than a decade of audacious indulgence, a different side to Dubai’s bar scene is starting emerge, as the city’s growing population of creative entrepreneurs seek an alternative to the bombardment of bling.

Dubai is in the midst of a full blown bar boom, and while many of these new openings fit the megabucks stereotype of the city, others are taking a risk by targeting the middle market, touting somewhere casual and free of pretensions. Aesthetically, these venues subscribe to the same hipster style bible that seemingly every city in the world now follows – bare brick, low-hanging lights and vintage touches, though in typical Dubai style they keep this look neatly polished. It’s about more than image however; once a city of high salaries and low living costs, these days, with daily expenses soaring, residents now have less disposable income, creating a demand for more than expense account-only bars.

“All this bling can be a bit suffocating for a majority of international expats who are craving a slice of home,” says Nim de Swardt, brand manager for Bacardi Gulf. “The daily grind of fast cars, mega malls and endless golden luxuries make expats seek relaxed sanctuaries away from the big bling bubble that is Dubai. Hipster neighbourhood eatery Fumé shows Dubai Marina locals you don’t need to glam up to go out. Cool, casual and authentic, Dubai drinkers are happily flocking towards homely outlets that offer relaxed vibes.”

Opened earlier in 2014 on level one of Pier 7, Fumé’s interiors are straight out of Berlin or Brooklyn, with raw concrete walls, wooden tables and vintage details. There are clipboard menus, cocktails in camping cups and a notable lack of valet parking. People are loving it. “Historically, there has been little on offer between high cost, luxury outlets and mid-range, relatively low quality chain restaurants or pubs,” explains Andrew Mullins, operations director of Fling Bar Services and beverage director for Qbara and Fumé. “The inspiration was to offer something that Dubai doesn’t have, namely mid-range bars and restaurants that provide quality and, as importantly, personality at an affordable price.”

This shift was first seen in local cafe culture, as the artisan coffee craze swept the city with hotspots like RAW Coffee or Tom&Serg getting rave reviews. The emphasis was on quality, comfort and lifestyle. But what about the booze?

Only venues connected to hotels can get liquor licenses which limits possibilities, but hotels are now recognising the value of independently-run operations. Take Q43 on the 43rd floor of Media One Hotel run by entertainment group Solutions Leisure. Laidback, cool and unpretentious, it aims for the gap in the four star market and subsequently goes for an urban, albeit heavily-styled, look to appeal to the after-work Media City crowd.

“I have been in Dubai since 2006, and back in those days, there were hardly any independent bars in the city,” recalls Felix Hartmann, director of food and beverage at Media One Hotel. “These days there’s a big scene of independent bars, but also hotels are looking at different business models.” This all looks set to continue with Fling Bar Services gearing up for another low-key restaurant opening at the end of 2014 alongside the management company behind Qbara and Fumé.

With the huge number of new openings this year these only represent a fraction, and the city’s reputation for glam isn’t about to change overnight. But it does indicate a movement in the direction of the rest of the world, where places no longer need to be the biggest, loudest or grandest. They just need to do what they do incredibly well.

Flick through the next few pages to discover the best bars in Dubai. 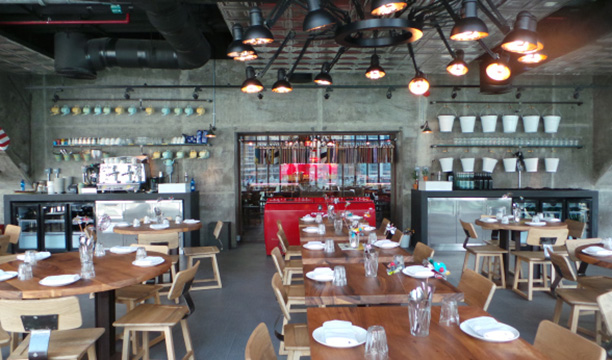 This is a casual and cool, no frills, neighbourhood eatery, which in any other part of the world wouldn’t be a big deal, but here unfussy and affordable venues are a rarity. Referring to the French word for smoked, Fümé smokes its own seafood and meat on-site, offering rustic dishes perfect for sharing. 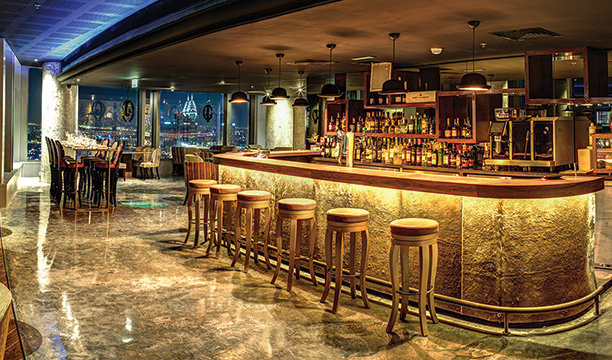 On the 43rd floor of Media One Hotel, this is the hangout du jour for Media City’s savvy after-work crowd. Dubai’s glamorous take on a local pub, this expansive venue has designer pool tables, kinky wall art and stylishly distressed furnishings, as well as spectacular views and a wobbly ceiling (we promise it’s not just the drinks talking). The vibe is buzzing and friendly with a DJ spinning tunes. 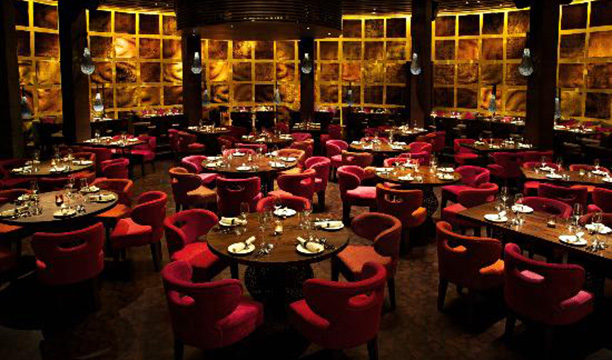 Wafi’s east-meets-west high-end restaurant and lounge bar has an instant “wow” factor. It’s sultry and sexy, with flying carpets, high ceilings and a patchwork of projections adding atmosphere. The Arabic-fusion cocktail menu is just as impressive, with twisted classics such as za’atar-infused gin in their signature French 75. 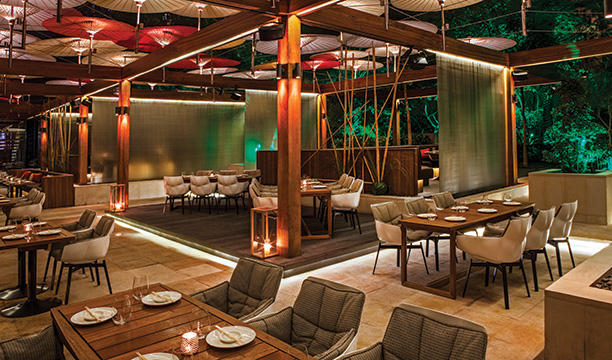 An Australian import, this is another multi-faceted venue offering izakaya-style dining, a lounge bar with excellent music and even better cocktails, and an al fresco Japanese zen garden with lots of private nooks. With low ceilings and warm wood tones, Toko is simple yet slick. 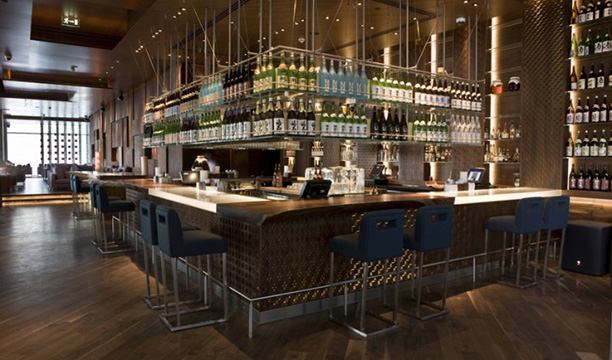 A far cry from low key, any Dubai list wouldn’t be complete without including Zuma. This Dubai institution is part of Rainer Becker’s international chain, offering modern Japanese fare with insane cocktails and equally insane decor.