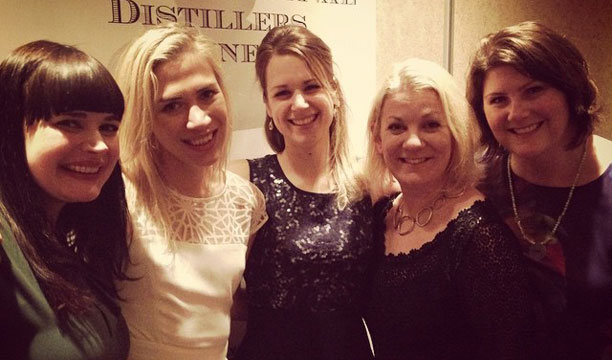 The 2015 Victoria Whisky Festival in Canada drew large crowds from across the world, including some of the most well-respected women in the industry. Pictured here are Beth Havers, Canada brand ambassador for The Balvenie and Glenfiddich; Georgie Bell, global brand ambassador for Mortlach; Alwynne Gwilt, aka Miss Whisky; Annabelle Meikle, aka The Whisky Belle; and Kelly Sunderland, co-founder of the Canadian SMWS. 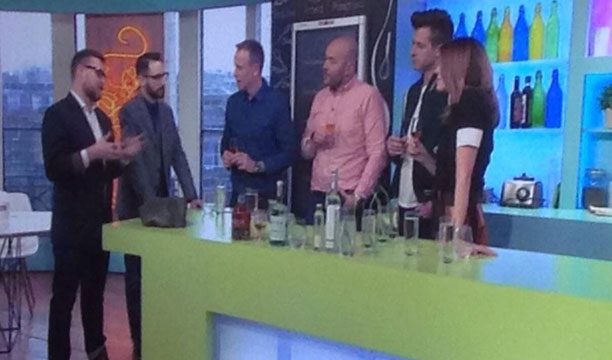 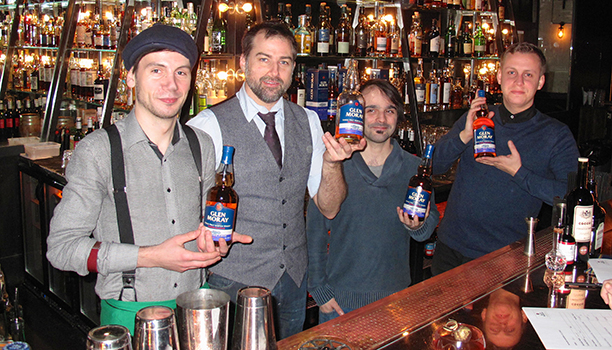 The winner of Marblehead’s Glen Moray Single Malt Port Cask Finish Cocktail Competition held in association with Paul A. Young Chocolates and Barworks, has been named as Ivan Villegas of The Exmouth Arms in London. Hosted at London’s 5CC Farringdon on Wednesday, Villegas impressed judge Iain Allan, Glen Moray Global Brand Ambassador, with his Lossie D’Ouro cocktail that will now be served in every Barworks venue. Pictured above left to right are Andrei Marian, Ivan Villegas, Luis Perez and James Morse, all from Barworks. 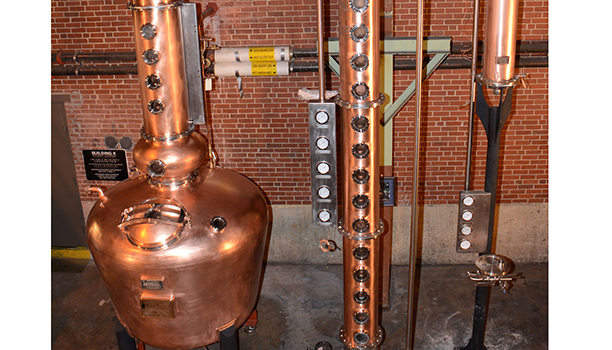 A brand new 500 gallon still called George found its new home at the A. Smith Bowman Distillery in Virginia, US, this week. George, also known as still number 1965, is a hybrid pot still with a reflux onion, optional gin basket and attached columns with bubble cap trays, capable of creating an array of flavour profiles and all sorts of spirits including vodka, gin and whisky. 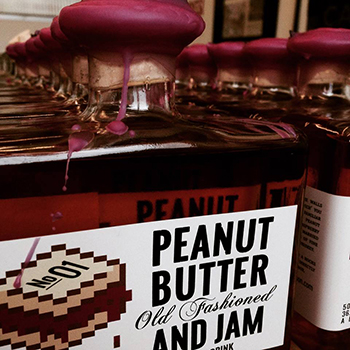 Aske Stephenson announced on Facebook this week the completion of their bottled cocktail range, comprising Peanut Butter & jam Old Fashioned, Leather & Walnut Sazerac and The Revery, which will all be available to purchase from Speciality Drinks and Master of Malt. 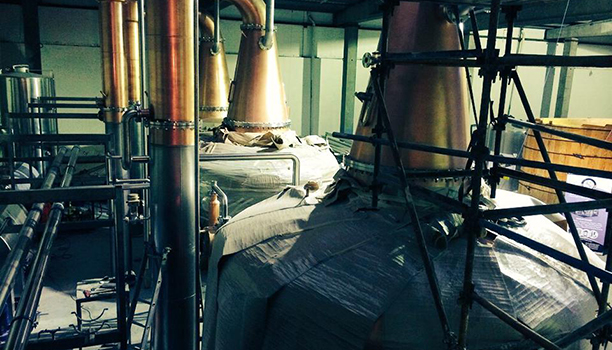 The Teeling Whiskey Co continues to edge ever closer to the opening of its Dublin distillery, located in Newmarket in The Liberties, as this shot shows. The distillery is set to officially open early this year. 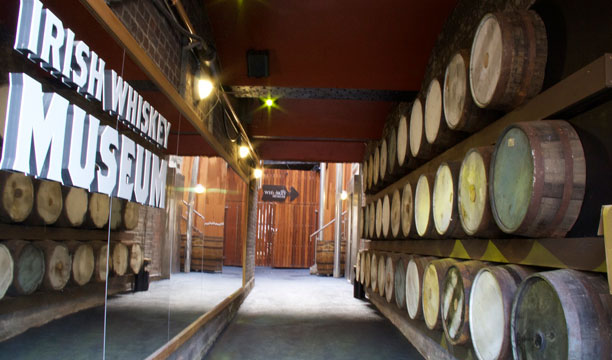 Elsewhere in Dublin, the industry celebrated the opening of the Irish Whiskey Museum, at Failte Irleand’s Dubline. The new tourism experience is designed to give visitors – 80,000 of which are expected in its first year – an interactive education on the history and modern rise of Irish whiskey. 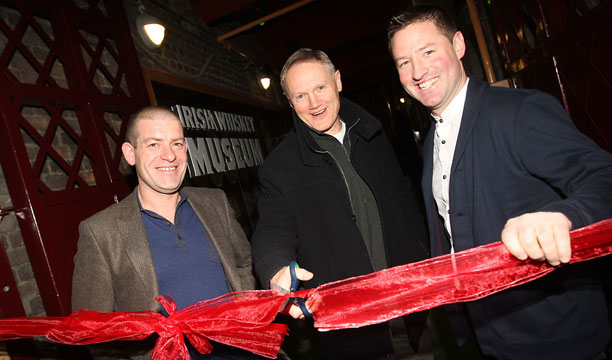 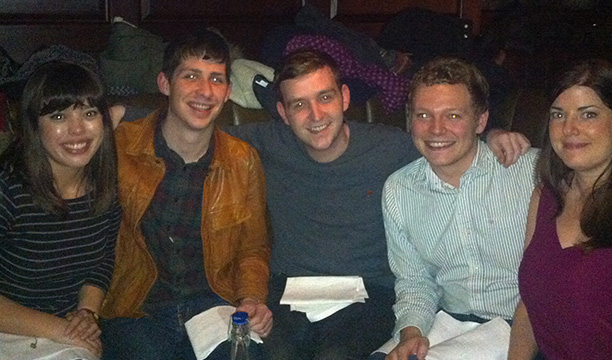 Team SB hot-footed it across to cool Soho bar The Blind Pig, at the Social Eating House, to catch up on the news from whisky and gin producer Chivas Brothers through the chaps at their London PR agency, Richmond Towers. Jim Beam’s seventh generation master distiller Fred Noe celebrated the launch of new expression Jim Beam Bonded – created to mark the Bottled in Bond Act of 1897 – at Kentucky’s Bourbons Bistro, where he will officially launch the product in February and appear as a guest bartender at the venue. 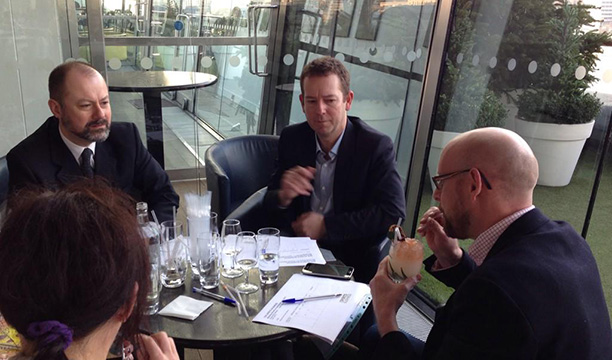 The Spirits Business team took an esteemed panel of judges to London OXO Tower for the first Wenneker Swizzle Masters cocktail competition of 2015. The judges diligently put their palates to the test, tasting an array of recipes which exemplified the round’s Botanic Gin theme, using Whitley Neill Gin. 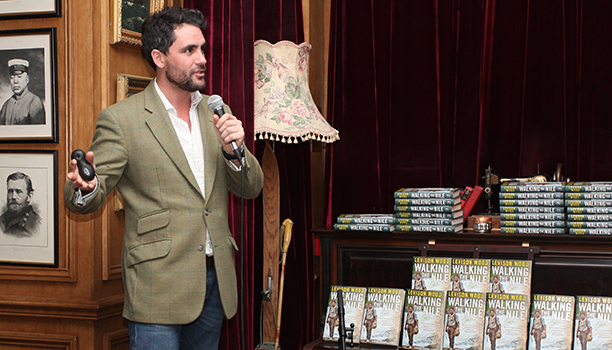 Explorer Levison Wood hosted an enrapturing evening at London speakeasy Mr Fogg’s this week, entertaining guests with tales from his latest expedition – a nine-month walk of the length of the river Nile. The event was hosted in collaboration with Chivas Deluxe Blend Scotch Whisky, and guests enjoyed sipping a complimentary Walking the Nile cocktail, crafted especially to celebrate the launch of Wood’s book and the showing of his four part TV series to air on Channel 4 in the UK later this month. 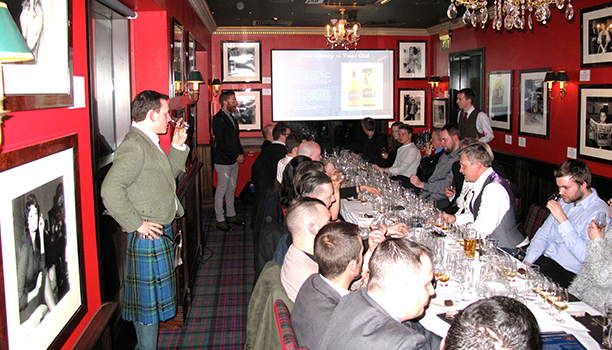