Ten of the world’s most expensive cocktails

Submerged diamonds, rare Cognac, luxurious Champagne and extravagant garnishes are just some of the things which make these cocktails so expensive.

While most cocktail aficionados are happy spend a fair few pounds on a sophisticated mix, some wealthy patrons take their passion to the next level.

Whether a Mint Julep costing $1,000, or a $7,000 Old Fashioned made with one of the world’s most expensive Scotch whiskies, there are many an exorbitant cocktail out there which allow some of the world’s wealthiest to splash the cash.

Of course, many of the cocktails on this list derive their hefty price tag from extravagant presentations and hidden gifts – from a garnish which takes 16 hours to prepare, to a Martini containing real diamonds.

Click through the following pages to discover 10 of the world’s most expensive cocktails. 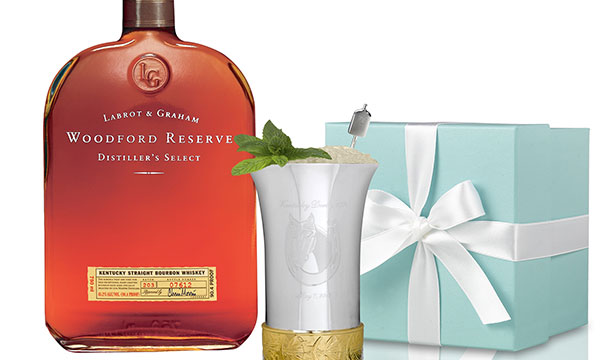 While many a cocktail fan would be happy to splurge on a good Mint Julep, a price tag of US$1,000 seems somewhat excessive.

At the “world’s most exciting horse race”, the Kentucky Derby, Woodford Reserve Bourbon offers cocktails worth US$1,000 in order to raise money for a charity for retire racehorses.

The mix consists of Woodford Reserve Bourbon, of course, mint from Morocco, ice from the Arctic Circle and sugar from the South Pacific served in a silver cup created by Tiffany’s. 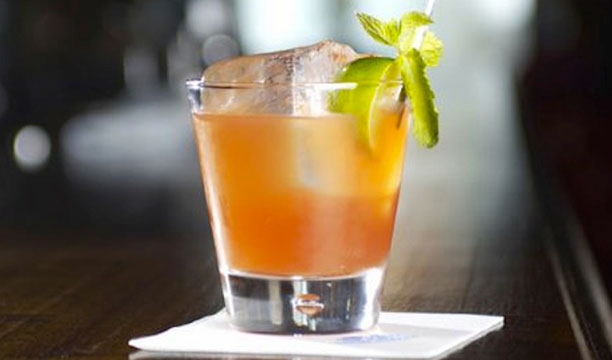 This cocktail was served at The Merchant Hotel in Belfast under the watch of Sean Muldoon and Jack McGarry, now of New York’s The Dead Rabbit Grocery and Grog fame.

The price of this seemingly simple tiki-style cocktail derives from its use of the original recipe used by its original founder, “Trader Vic” Bergeron.

The hotel was the only bar in the world that had a bottle of the original 17-year-old J. Wray & Nephew rum that Trader Vic used when he first created the drink in 1944. 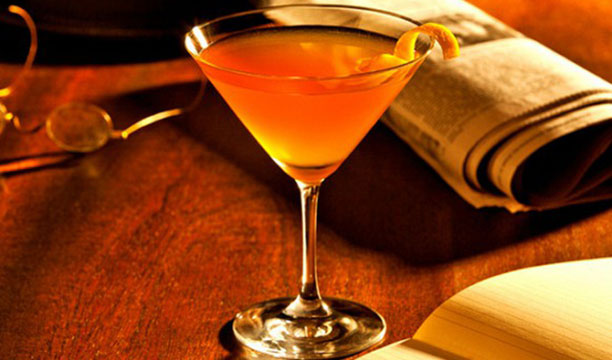 Served where it was said to have first been created at the Hemingway Bar in The Ritz Paris, this Sidecar cocktail uses spirits which date back to the early 19th Century.

The cocktail is a mix of cointreau, lemon and 1834 Ritz Fine Champagne Cognac, an expression which pre-dates the invasion of phylloxera, a sap-draining pest which out hoards of vineyards in France. 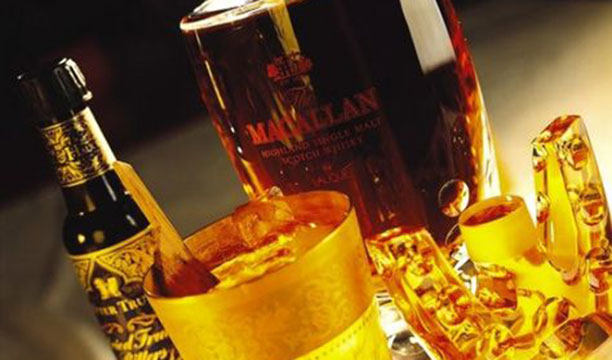 The 27.325 cocktail served at Dubai’s Skyview Bar is named after its price in UAE dirham and held the Guinness World Record for the most expensive cocktail in 2011.

An ultra-luxury version of the Old Fashioned, the 27.321 is a mix of 55 year-old Macallan whisky, an exclusive ‘dried fruit bitters’ and passionfruit-scented sugar. It can only be prepared by a qualified mixologist, and is stirred using a stirring rod made from a Macallan cask.

It is served in a glass produced in the French town of Baccarat that is emblazoned with 18 karat gold and the Burl Al Arab logo, which customers get to keep. Its world record was broken by the next cocktail included in this list… 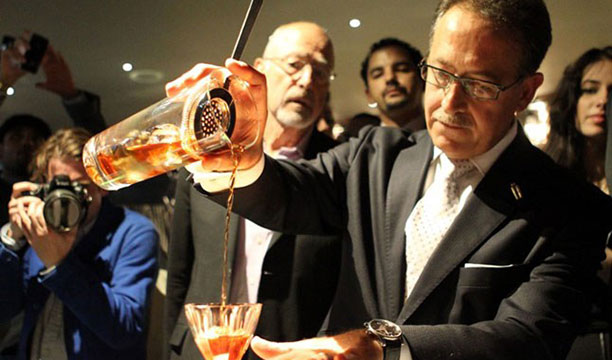 Revered bartender Salvatore Calabrese swiped the title as creator if the world’s most expensive cocktail in 2012 with his eponymous creation, Salvatore’s Legacy.

Composed of 40ml of 1788 Clos de Griffier Vieux Cognac, 20ml of 1770 Kummel Liqueur, 20ml of 1860 Dubb Orange Curacao and two dashes of Angostura Bitters from the 1900s, the cocktail was bought by a long-term client of Calabrese.

Not only was the drink declare by the Guinness World Records as the world’s expensive cocktail, it is also the world’s oldest, containing liqueur and Cognac from the time of the American Revolution and Captain Cook’s claiming of Australia.

Martini on the Rock 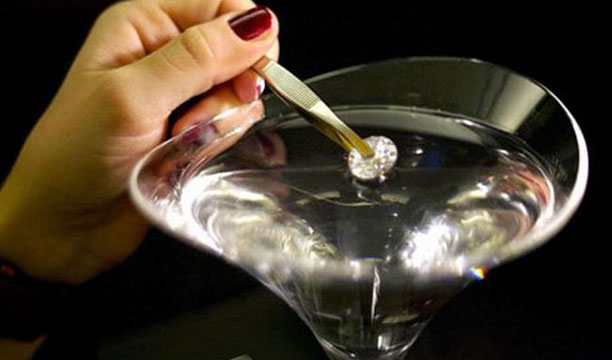 At first glance, this standard Martini cocktail does not appear to warrant its exorbitant US$10,000 price tag, but look closer and you will discover a very sparkly reasons why.

Served at the Blue Bar in New York’s Algonquin Hotel, this Martini is served with a single diamond sourced from the hotel’s in-house jewellers, Bader & Garrin.

Best not let yourself get too thirsty prior to ordering since the cocktail requires a 72-hour advance notice and a personal visit to the jeweller. 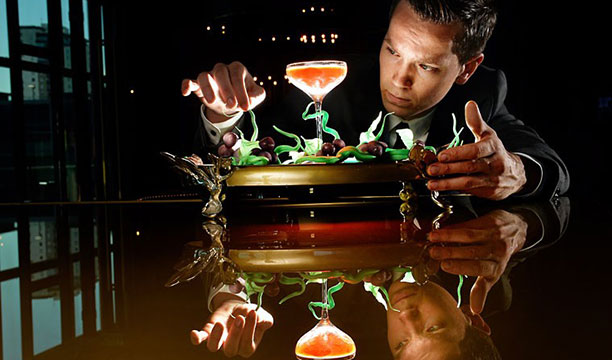 Salvatore Calabrese’s Guinness World Record for the most expensive cocktail was swiped by Australian bartender Joel Heffernan and his cocktail, The Winston.

The drink includes 60ml of Cognac Croizet 1858 Cuvee Leonie – a bottle of which recently sold at auction for AUS$151,000 – Grand Marnier Quintessence, Chartreuse Vieillissement Exceptionnellement Prolonge, and a dash of Angostura Bitters.

The garnish of spun sugar and green chartreuse shaped into a vine, with chocolate and nutmeg souffle balls, takes 16 hours to prepare, meaning financially well-off consumers wishing to purchase the drink must order it at least two days in advance. It was purchased by New Zealand businessman James Manning. 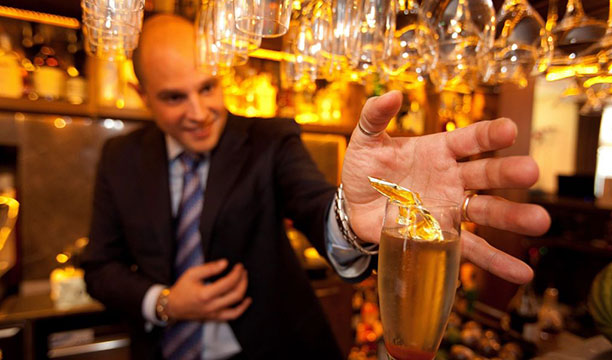 Although not officially recognised by the Guinness World Records, Gigi’s restaurant in London’s Mayfair recently claimed to have created the world’s most expensive cocktail in honour of a visit by singer and James Bond actress Grace Jones.

Made with a bottle of 1990 Vintage Cristal Champagne and 1888 Samalens Vieille Relique Vintage Bas Armagnac, topped with an abundance of gold leaf, The Gigi cocktail is described as “liquid gold” and costs £8,888.

It’s of an officially title is most likely due to the fact that its hefty price tag relates to the the cost of each full bottle of alcohol, which can produce approximately 12 glasses worth £708 each, or £177 per gulp based on four large mouthfuls, according to the restaurant. 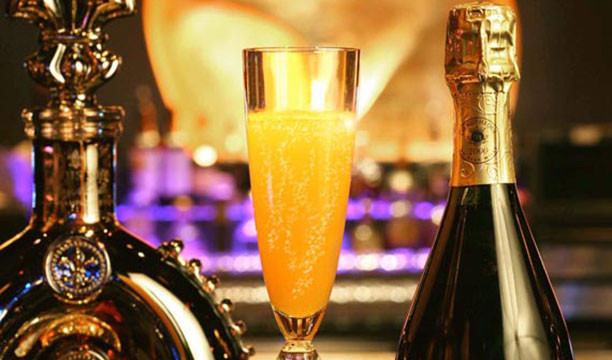 Another cocktail which derives the majority of its worth from a side of bling is The Ono Cocktail, created at XS Nightclub in Las Vegas.

It is accompanied by an 18-carat white gold necklace with a Tahitian black pearl pendant and XS logo or equally luxurious cufflinks for a male drinker. 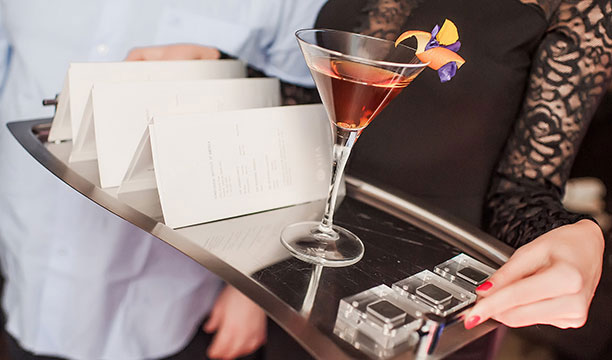 In February this year, a Russian ice bar sold what it claimed was the “world’s most expensive cocktail” containing three real diamonds for US$50,000.

It has not yet taken the Guinness World Record from The Winston, possible due to the fact the majority of its cost stems from the diamonds it contains.