Hendrick’s is happy to play the long game and with a strategy of patience and inventive marketing, has pioneered the super-premium gin category.

According to the date on its vintage black bottle, Hendrick’s gin was established in 1886, though that was when its whisky-making owner, William Grant & Sons, was founded in Dufftown on Speyside. They didn’t get round to making Hendrick’s for over a century, so clearly no Victorian distiller was involved in its birth, though there is an unconfirmed rumour the gin was named after Janet Sheed Roberts’ favourite rose gardener. Roberts was William Grant’s last surviving grandchild, and Scotland’s oldest woman when she died in 2012 at the grand old age of 110.

A more likely inspiration was the garden of Hendrick’s distiller, Lesley Gracey (pictured above, right), together with that quintessential English picnic dish – cucumber sandwiches. In the late 1990s she and Grant’s master distiller, David Stewart, began experimenting with a small batch, premium gin that was – shockingly for some – not London Dry. It involved marrying a pungent, juniper-led spirit distilled in an old Bennett pot still from 1860, with a much lighter, subtler one from a Carter-Head still. Cucumber and rose petal essence were then added before the gin was diluted down to a bottling strength that varies from 41.4% to 44% abv depending on the market.

Unwittingly, the pair had created what became “an absolute power-house brand” to quote Grant’s CEO, Stella David. Hendrick’s may not have set out to lead the great premium gin renaissance, but that’s what it has achieved.

The gin writer, Geraldine Coates, has no doubts its impact was massive. “It led to a whole second wave of innovation and experimentation,” she says.

Today a vast armada of boutique gin brands follows in its wake, but remembering its 2000 world premiere in New York, David Piper, Hendrick’s global brand ambassador, says: “It was very much an experiment that could have gone either way.” It launched in the UK with a slightly bigger fanfare in 2003, but for quite some time it bubbled away unseen. Stella David calls it “an overnight sensation that’s taken about 10 years to get there”. Last December she told The Spirits Business: “I don’t think brands are born, I think they evolve. When I see a huge launch I always worry that in two or three years’ time, it won’t have met expectations and will be withdrawn, or price-discounted or pushed one last time.”

Behind the scenes a lot was happening to nurture Hendrick’s and give it a real sense of identity, which has been key to its marketing success. Piper believes the image probably evolved from the packaging that was based on an old Victorian apothecary’s bottle. He says that by combining “the eccentricity, nonsense and surrealism of that era, we were able to have a lot of fun and shake up what was a very staid category”.

Instead of being yet another big-spending lifestyle brand of white spirits, Hendrick’s inhabits a theatre of the absurd full of whimsy and steam-powered cocktail shakers. The website and the steady stream of events like “the enchanted forest of curiosities”, owe a big debt to Edward Lear and a nod to Terry Gilliam who designed the graphics for Monty Python. Among recent initiatives was last year’s expedition to the Venezuelan rainforest to hunt for a new botanical with Charles Brewer-Carias, who is described by Piper as “the real incarnation of the old gentleman explorer”. With his handlebar moustache and ability to light a fire with sticks in under three seconds, he sounds pure Hendrick’s. Meanwhile, if croquet ever becomes an Olympic sport, you can blame the brand for having trained countless barmen on either side of the Atlantic.

Hendrick’s was built city-by-city in the high-end cocktail trade, but it took until around 2008 to really take off, growing by over 30% year-on-year in the States. Few, if any, of William Grant’s rivals would have had the patience to nurture the brand for so long. Global marketing director, Fiona Toner, claims its origins “are absolutely unique. No other gin is like it because no other gin is made like it,” she says. “The delightfully peculiar mix of gin, cucumber and rose petals has helped to reinvent and invigorate the gin category.” Plus it had the right flavour profile to attract those Americans who find juniper-centric London Dry just a little too close to pine resin. As Hendrick’s former US brand manager, Jo Birkett, puts it: “When you’ve got a very versatile, smooth gin that’s almost fruity, in that it has the right botanical mix, it’s a much easier transition for people who are drinking other premium white spirits.”

In recent years Hendrick’s has spread into the UK off-trade with listings in all the major supermarkets and has so far maintained its image and price. At £27 it sits a good £10 above the market leader, Gordon’s, though it is priced below a number of recently launched super-premium gins. Meanwhile American gin lovers are spoiled for choice following the explosion in craft gins – homegrown and imported.

After a surge in sales on the back of Spain’s G&T boom, the country’s premium gin market has definitely slowed down. The slack is being taken up by a current gin boom in Belgium, and good growth in Germany, Australia and Latin American markets like Colombia whose newfound taste for gin may have been inspired by Spain. Hendricks’ success has not gone unnoticed by its big rivals, with Gordon’s leaping on the cucumber bandwagon with its own variant. Not that Piley sounds too concerned about the competition. “With the whole process, the two different stills, the cucumber and rose petals, the branding, we’re still very different from everything else out there,” he insists.

The premium gin category has fragmented with the mass of boutique brands launched in recent years. The numbers appear unsustainable and a shakedown is probably coming, but for now Hendrick’s faces intense competition from all the new kids on the block. Another risk is that with such strong branding, consumers may eventually tire of all its quirky Victoriana. But that doesn’t detract from its success to date, and the sheer dogged determination of William Grant & Sons.

Click through the following pages to see the timeline of Hendrick’s gin’s brand history. 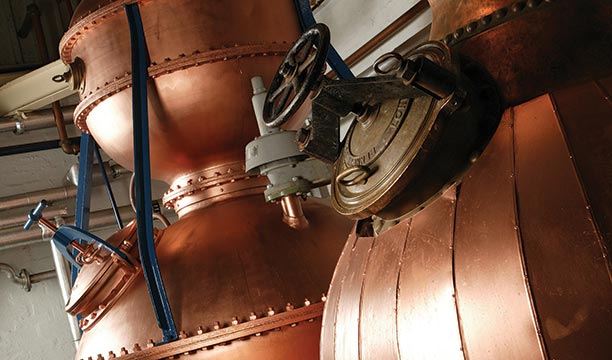 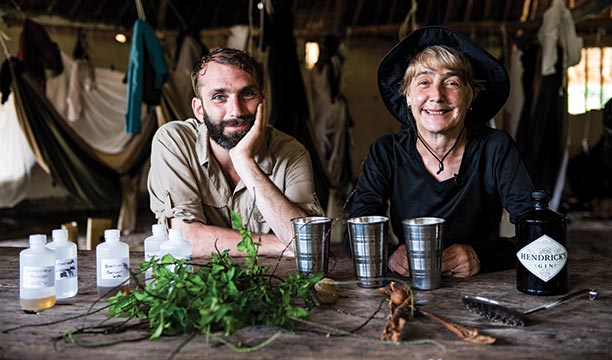 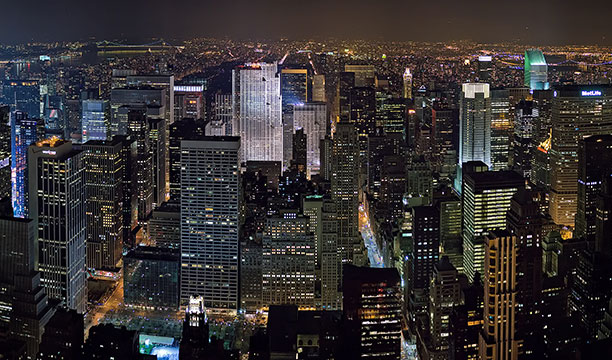 Hendrick’s made its world debut in New York. As David Piper, Hendrick’s global ambassador says, the brand was “an experiment that could have gone either way”. 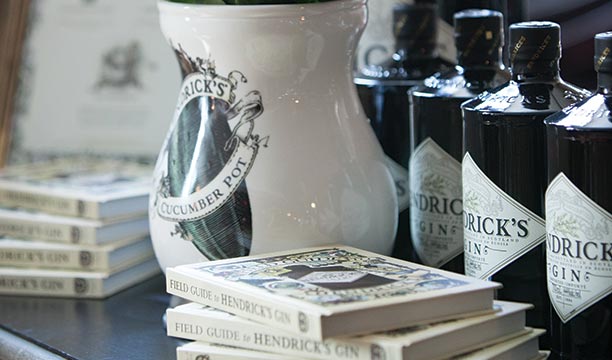 The gin launched in the UK, followed by Spain a year later but still took some time to rise to prominence on the global spirits scene. 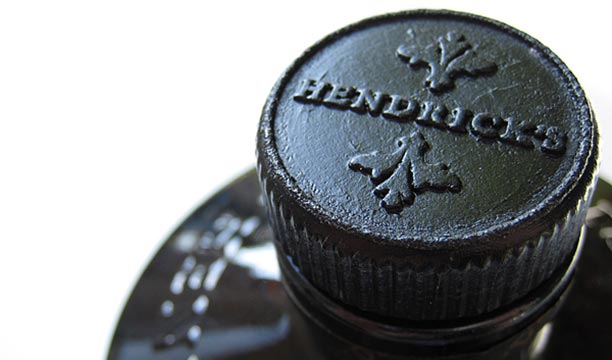 Hendrick’s finally breaks through the 100,000 case barrier, growing in line with a burgeoning trend of premiumisation and emerging cocktail culture. 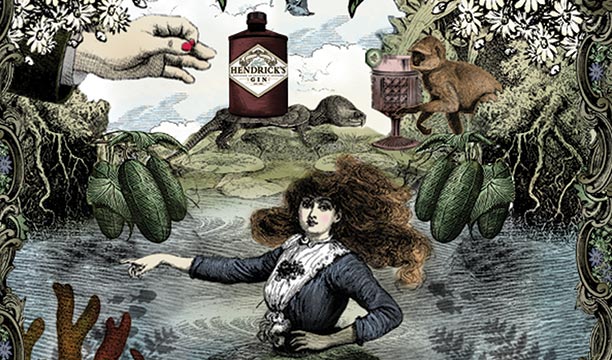 Ascent to prominence continues as global sales in over 70 markets reach 364,000 cases. 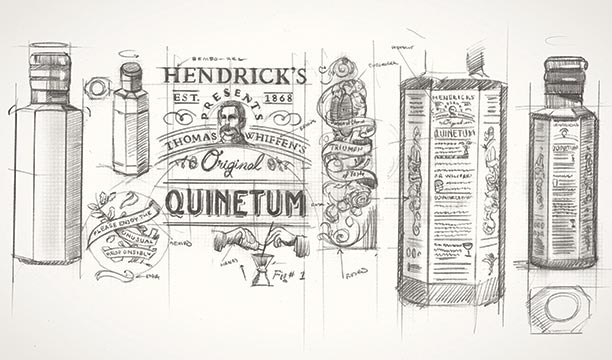