Top 10 bars and pubs in literature

A magical London boozer and a murderous coastal inn are just two of the listings in our selection of the top bars and pubs in literature.

Over the ages, literary luminaries have paid homage to the humble watering hole, both fictitious and real.

Whether to offer a social comment on the degenerate and immoral human condition, or to give some light comedic relief, bars and pubs have been represented in various different ways in the literary canon.

We select everything from a sinister bar used to mask murder to a few magical and enchanting watering holes where some of the century’s best-loved fantasy characters wet their whistles.

A number of real-life bars loved and referenced by authors also make an appearance on this list, notably venues frequented by notorious boozer and literary genius Ernest Hemingway.

Click through the following pages to see our pick of the top 10 bars and pubs in literature. 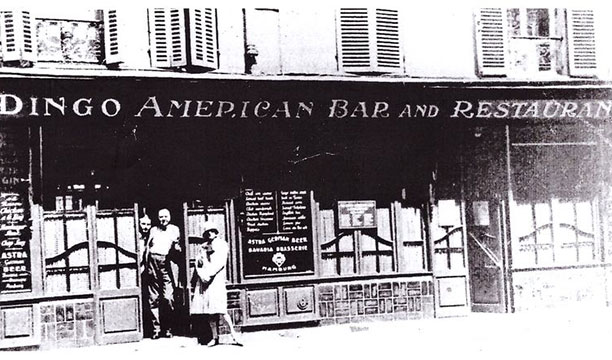 Featured in eminent writer Ernest Hemingway’s memoir The Moveable Feast, The Dingo, otherwise known as The Dingo American Bar and Restaurant, was a bar frequented by Hemingway along with other literary luminaries in the early 20th Century. Opened in 1923 in Montparnasse Quarter of Paris, the bar was a popular haunt among artists and writers and was the place where Hemingway met fellow famed contemporary F. Scott Fitzgerald in 1925, just a few weeks after the publication of his classic novel The Great Gatsby.

The Farolito – Under the Volcano, Malcolm Lowry 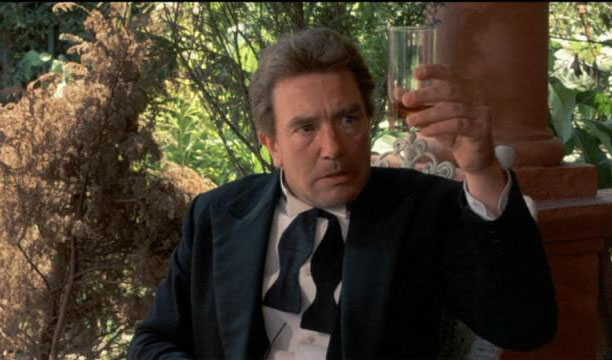 English writer Malcolm Lowry imagined fictional bar The Farolito in his 1947 work Under the Volcano, largely considered one of the literary masterpieces of the 20th Century. The novel follows the last day of ex-consul, alcoholic Geoffrey Firmin on the “Day of the Dead” in the decaying Mexican town of Quauhnahuac as he embarks on a mission of self-annilhilation, aided by downing copious mezcal in The Farlito, a bar located in the shadows of volcano Popocatepetl. The book was later adapted in to a film starring Albert Finney (pictured) in 1984. 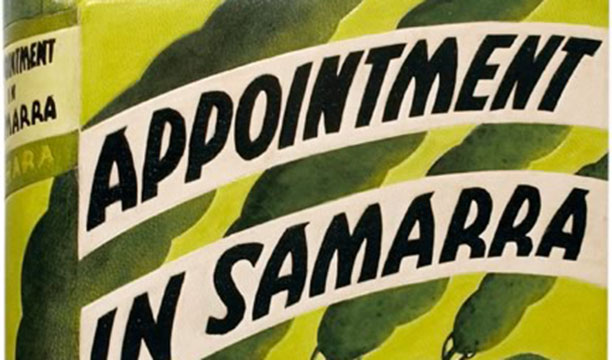 Ranked as one of the top 100 books of the 20th Century, Appointment in Samara, the first novel ever published by Irish American writer John O’Hara published in 1934, charts the eventual self-desteruction of unsalvageable protagonist Julian English. The smoking room at the Lantengo Country Club aids this process by offering vast amounts of rye whisky. “It was not poisonous, and it got you tight, which was all that was required of it and all that could be said for it,” said the ill-fated English, who eventually committed suicide by carbon monoxide poisoning.

First opened in 1904, Madrid’s Cervecería Alemana was another real-life bar frequented by notorious drinker Ernest Hemingway, who is as famous for his wayward lifestyle as his literary genius. Having spent a considerable amount of time in Madrid, which he referred to as “the most Spanish of all cities”, Hemingway found that one of his favourite haunts was beer hall Cervecería Alemana, which made an appearance at the end of his novel The Sun Also Rises, which charts the journey of a group of American and British expatriates who travel from Paris to Spain’s Festival of San Fermín. The bar remains popular to this day. 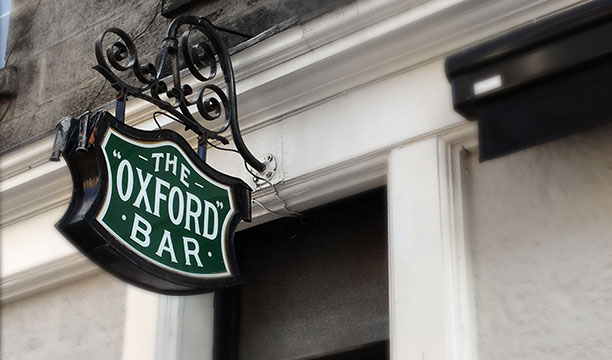 The real-life The Oxford Bar is situated in Edinburgh, Scotland, and was made famous by prolific Scottish crime writer Ian Rankin and his Inspector Rebus series of novels. As the inspector’s favourite place to go for a drink, The Oxford is frequently visited by fans of the author’s work. Rankin firmly grounded his fictional character of John Rebus by spilling his plot line into real-life settings in or around Edinburgh.

The Green Dragon – The Lord of the Rings, J.R. Tolkien 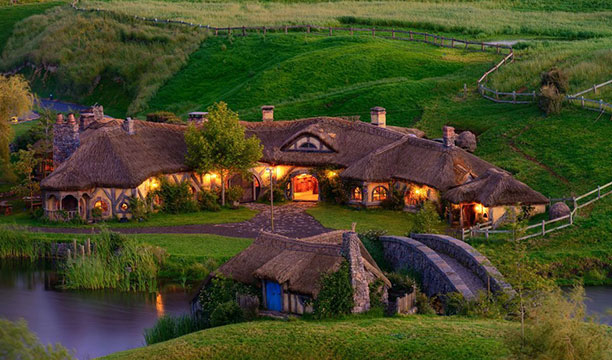 Frequented by booze-loving Hobbits from Bywater and the nearby town of Hobbiton, The Green Dragon is a place where these fun-loving residents meet to discus local affairs and catch up on The Shire’s gossip. The inn featured in the film The Hobbit and was recreated into a real pub for a vistors’ attraction, also called Hobbiton. Drinks at the venue include a Girdle Fine Ale, Sackville Cider, Oak Barton Ale and Southfathing Ginger Ale. 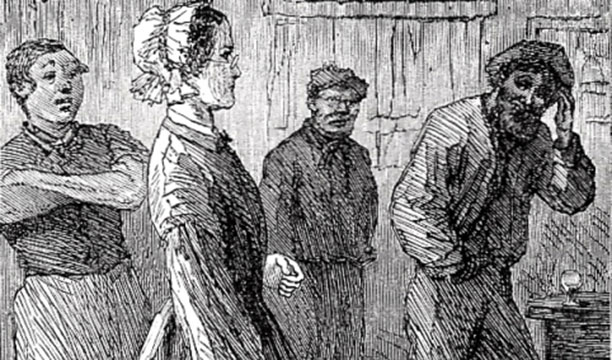 Described as a tavern of “dropsical appearance”, The Six Jolly Fellowship Porters is featured in Charles Dickens’s last completed novel Our Mutual Friend, a sophisticated novel centring on the intermingling of human and social values. The pub, run by formidable landlady Miss Abbey Potterson, is a decrepit, but invincible, shambles of a building, “gnarled and riven”. Relationships both strengthen and unravel in the bar, but Potterson runs a tight ship and only lets characters drinks as much as she sees fit. 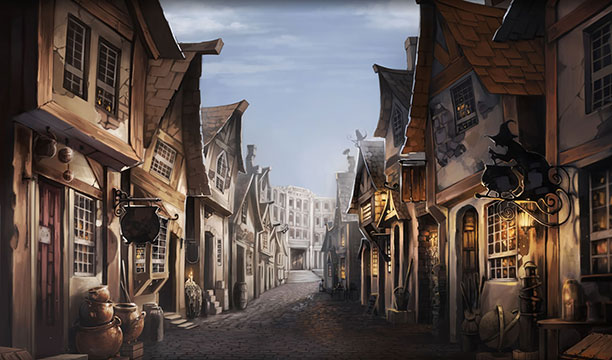 Numerous magically named pubs are referenced in J.K. Rowling’s Harry Potter, such as The Three Broomsticks Inn, Leaky Cauldron, The Hopping Pot and Hog’s Head Inn. Situated in the village of Hogsmeade, The Three Broomsticks was a regular for boy wizard Harry Potter and his friends, who enjoyed a glass of butterbeer at the inn. Another famous fictional bar in the series is the Leaky Cauldron, situated at the entrance of Daigon Alley, a gateway between the wizarding and non-wizarding world. 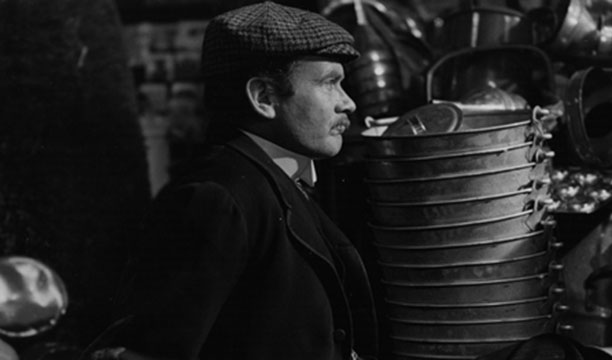 The idealistic Potwell Inn is described as a beautiful countryside pub with “sun-blistered green bench and tables” in H.G. Wells’s comic Edwardian era novel The History of Mr Polly. Situated by a gurgling river and surrounded by a “buttercup-yellow meadow” it is in this tranquil setting that the novel’s eponymous protagonist Mr Polly meets the landlady – “quite the plumpest woman” he had ever seen – and requests a “cold sirloin for choice. And nutbrown brew and wheaten bread”. 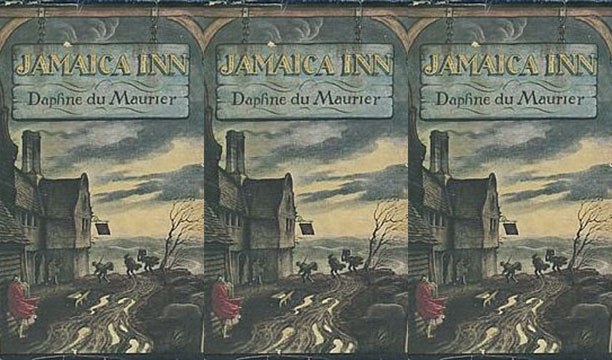 Though the Jamaica Inn is a real-life pub situated in the Cornish Bodin Moore area, it is also the namesake pub featured in Daphne Du Maurier’s eerie and suspenseful novel, Jamaica Inn. The story tells the tale of a young woman who goes to live with her aunt and fearsome husband at the inn after her mother dies. However, she soon discovers that the inn has no guests, and is instead the headquarters for a murderous group of wreckers who run cargo ships aground, kill those on-board and steal their stocks.