It’s been a mixed year of fortune for the world’s leading spirit brands, but only a select few can achieve the prestigious status of Brand Champion 2013.

This is our annual snapshot of spirit brand performance – an attempt to identify the true champions of the industry that are not necessarily the biggest sellers, but the ones that have achieved the most in 2012. Some brands may have sailed past a significant personal milestone while others have simply outperformed the market more than their rivals. In doing so they have helped drive the category forward and not just surfed on its back.

Inevitably it is a subjective judgement, and with our independently verified data, not all the million-case brands are covered. Some companies are more secretive than others. On which note company reports are bound to put a positive spin on results, favouring value one year and volume the next. This report is unashamedly based on volume, which provides a clear-cut measure of popularity, unlike value, which is a more moveable feast. In a mature market like the UK, for example, value gains in a particular category are often simply down to increased tax.

For this report we have not included regional Asian spirits, but it is worth pointing out that baijiu is well over twice the size of vodka, and lest Smirnoff becomes complacent, its 25.8 million cases pales besides Jinro – the Korean soju brand and world’s best-selling spirit on 65.3m cases. There is also the fact that eight out of the 10 top whiskies are Indian. And yet with rising incomes and aspirations in the big emerging markets, the tide definitely appears to favour the Bacardi’s, Pernod’s and Diageo’s of this world at present.

You can click through the categories using the guide at the bottom of each page.

For an international spirit brand to achieve over 10 million case sales a year is a feat not to be sniffed at. Aligned branding strategies alongside local targeted marketing takes some organisation, not to mention the juggling of various import and tax regulations.

Captain Morgan, led by its Spiced variant, became only the sixth international spirit brand to achieve the milestone last year and joins the likes of Smirnoff, Absolut, Johnnie Walker, Jack Daniel’s and Bacardi. However what is truly remarkable about Captain Morgan’s achievement is that the majority of the brand’s sales come not from its core product, but from a flavoured variant. In fact Diageo launches Captain Morgan Spiced in new markets ahead of the Original.

Describing the growth trend on spiced rum as “unstoppable”, Diageo intends to target Australia as the Captain’s next port of call, although Asia will be left to super-premium rum brand Zacapa.
. 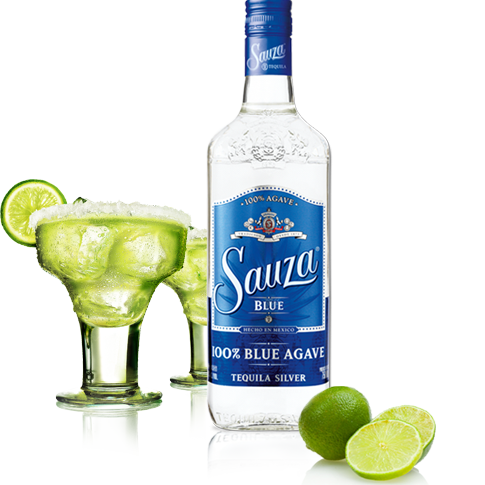 Last year volumes of Beam’s leading Tequila brand Sauza fell by 3%, while international headliner Jose Cuervo grew by the same. But what a difference a year makes.

In 2012 Sauza reversed its fortunes and grew by 10%, largely off the back of a viral marketing campaign featuring a hunky fireman and adorable kitten (expect a lifeguard and puppy this year), bringing Sauza closer to becoming the largest Tequila brand in the world. Beam has a lot riding on that cute little puppy this year.