The new spirit launches in December were decidedly dominated by premium, limited edition and extra-aged releases, peppered with innovative flavours and styles.

Floral vodka, traditional Irish poitin, cream gin and maple-flavoured Canadian whisky are amongst those products showing innovation by both major brands and smaller independent producers, showing the spirits sector has plenty of creativity in its belly.

Meanwhile, once lost but now found casks of 40-year old Islay whisky and a Scotch stalwart’s oldest expression to date form the bulk of the premium extra aged whisky expressions. Not to forget an extra-anejo release from Sauza, Beam’s Tequila brand, which marks its first leap into aged Tequila. 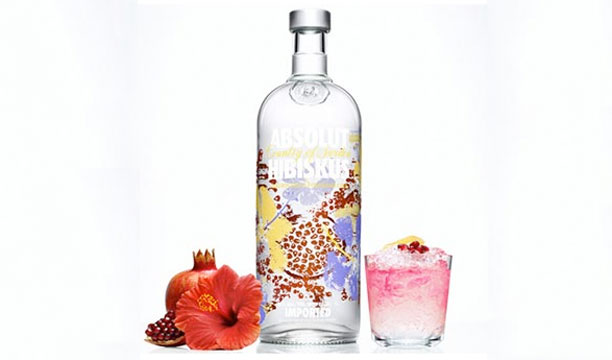 Absolut has tapped into demand from bartenders increasingly looking for herbal and floral flavoured spirits to create exciting new cocktails. Absolut Hibiskus marks the Chivas Brothers vodka company’s entry into the floral vodka market. A blend of hibiscus and pomegranate flavours with no added sugar, the vodka looks likely to mark the start of several similarly floral launches from The Absolut Company. For the time being it is only available in the US. 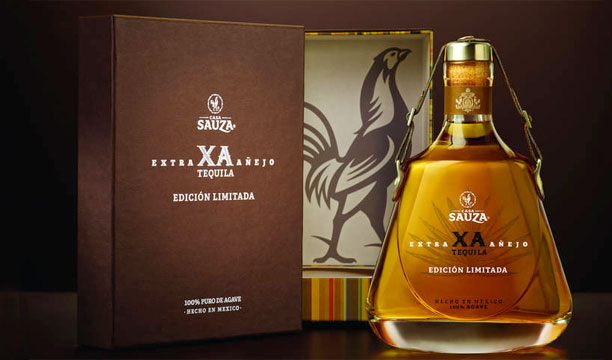 Designed to take advantage of a growing consumer interest in premium Tequila, Sauza Extra Anejo is the first extra aged Tequila from the Beam-owned brand. Aged in small American oak barrels for three years, there are only 1,200 bottles of the limited edition produced, each of which retails for around US$150. 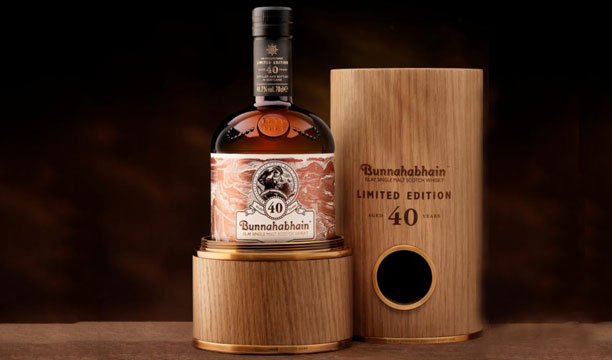 Burn Stewart Distillers’ master distiller Ian MacMillan discovered a number of Bunnahabhain whisky casks by chance last year that had lain unnoticed in the Islay distillery’s warehouses for 40 years. In December the distillery released the whisky as a £2,000 a bottle limited edition, of which there are only 750 bottles. “It was an exhilarating moment to stumble on such a special find,” said MacMillan. “There are very few 40 year old Islays and unlike any other, Bunnahabhain’s taste is considered unique because the distillery does not heavily peat the fine malted barley.”

Glenglassaugh The Chosen Few No.2 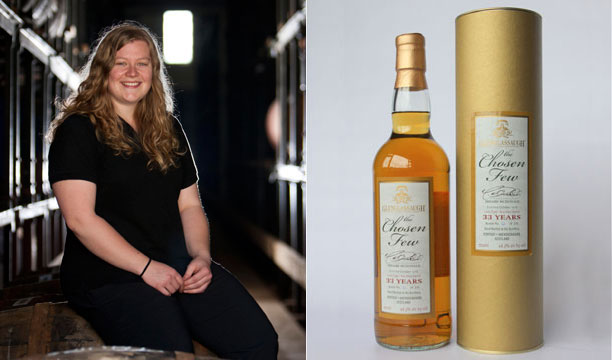 The second single cask bottling from Glenglassaugh’s Chosen Few range, in which distillery staff have free reign to bottle a cask of their choice. This edition is a 33-year-old Highland single malt aged in a bourbon barrel and bottled at cask strength, as chosen by production manager Mhairi McDonald. Just 275 bottles of Mhairi’s Chosen Few are available to buy at the distillery or selected whisky shops. It follows the November 2011 release of Ronnie Routledge’s Chosen Few, a 35-year-old sherry based whisky. 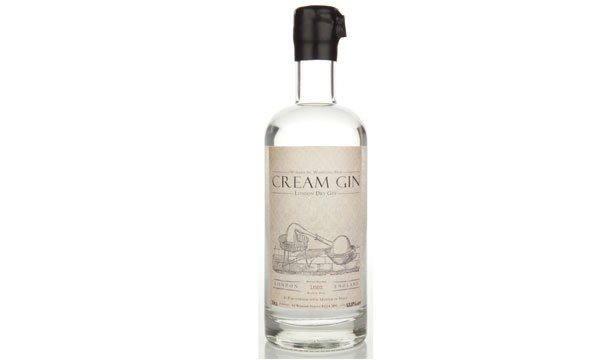 The brainchild of former Fluid Movement creative director Ryan Chetiyawardana, Worship Street Whistling Shop Cream Gin, named after the London bar, is believed to be the first of its kind. Created by cold-distilling a juniper-led gin with cream, the gin has a smooth, cream-like texture and juniper flavour. Inspired by the gin palaces of the Victorian era, when cream was generally mixed with gin to mellow the spirit’s rough notes, Cream Gin was first conceived by Chetiyawardana in 2009. It is now available through Master of Malt for £41.95. 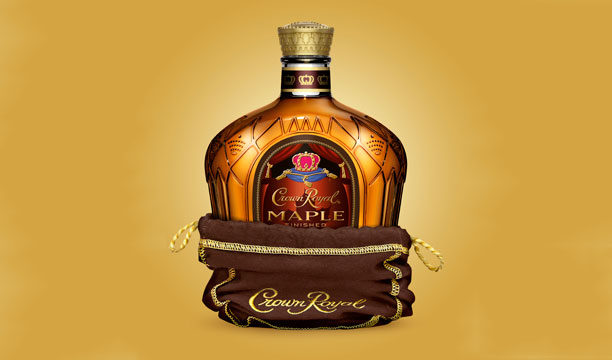 This release has caused a storm amongst our American and Canadian readers. A signature Crown Royal DeLuxe blended whisky finished with maple, it was bound to appeal to Canada’s love of their indigenous maple, and America’s love of everything sweet, and boy is this sweet. Crown Royal’s first foray into flavoured whisky has a thick texture and super-sweet maple taste reminiscent of maple syrup. It retails in the States for US$24.99 for a 750ml bottle. 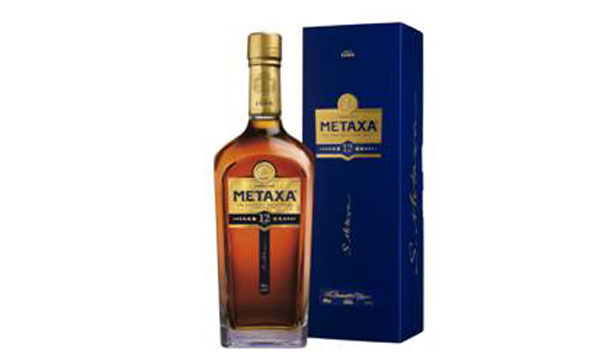 Greek brandy Metaxa has soft-launched its latest variant, 12* in the UK, following the successful launch of the brand’s range in Britain. Made using a blend of eaux-de-vies aged in oak casks for up to 12 years and Muscat grapes, Metaxa 12* joins the brand’s existing 5* and 7* releases. 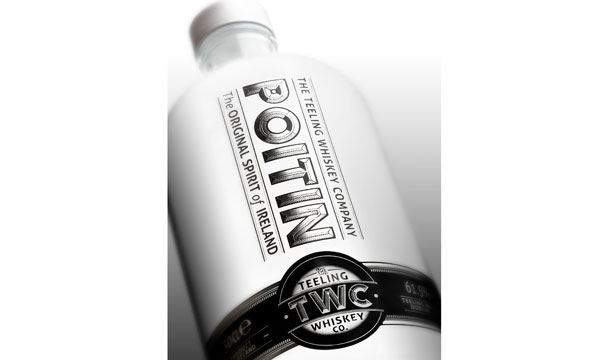 White dog is back in fashion and in a big way, which is why The Teeling Whisky Co’s Jack Teeling has released a traditional Irish poitin, or unaged white whiskey as it’s also known. A smooth spirit bottled at 61.5%, the Poitin is a combination of double distilled spirit made from malted barley in traditional copper pot stills and triple distilled spirit made from maize in modern column stills. It’s available for purchase for around €30 at the Celtic Whiskey Store, Dawson Street and at Dublin Airport. 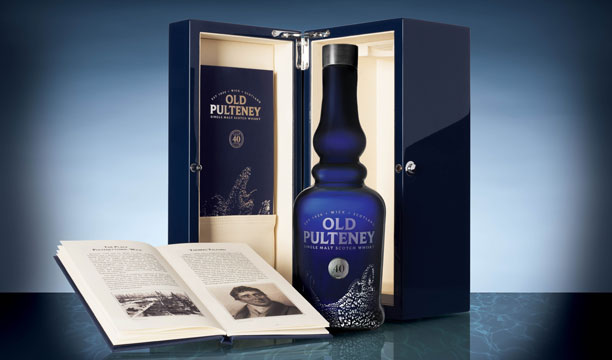 This is Old Pulteney’s oldest expression to date. A 40-year-old Scotch is presented in a lacquered wooden box and comes complete with a book written by whisky writer Charles MacLean telling the story of Old Pulteney’s history. It does retail for a hefty £1490 per bottle though. 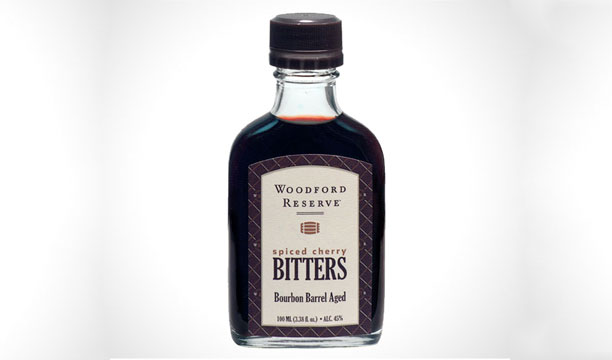 Woodford Reserve’s first ever bitters release has been created in collaboration with Bourbon Barrel Foods, who are known for their foodstuff ageing experiments with ex-bourbon barrels. A blend of herbal essences, including gentian root, spices and cherry flavour, the Woodford Reserve Spiced Cherry Bitters is designed to complement Woodford Reserve bourbon in its signature Manhattan recipe.

To read more about the bitters and the partnership with Bourbon Barrel Foods, click here.