With Hollywood actor Bruce Willis embroiled in a payment row with Belvedere SA over his endorsement of its Sobieski Vodka brand, we take a look at some of the best celebrity spirits out there.

Some of the world’s biggest drinks companies have hankered after endorsements from a celebrity: Tequila, vodka, rum, even liqueurs.

Willis may be having a hard time of things lately after a reported deal to either give the Looper actor a 2.6% stake in Belvedere SA in return for a four-year contract, or hand over US$26.1million if shares fell below a certain price, was reneged after a stock decline.

Others have fared better though, with Sean “Diddy” Combs aka Puff Daddy’s Ciroc vodka achieving 65% growth in 2011, selling over a million cases for the first time.

Flick through the next few pages to explore our pick of the best celebrity spirits available. 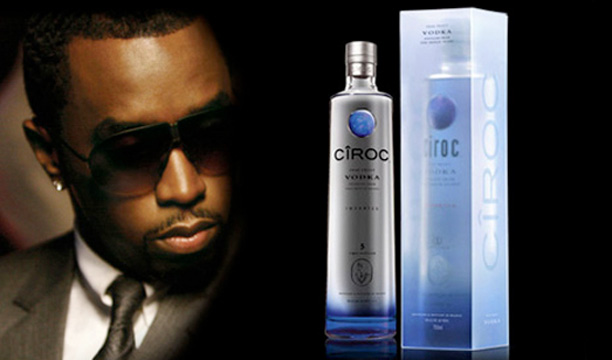 In 2007 the rapper known as Puff Daddy, P. Diddy and Sean Combs, signed a multi-year partnership deal with drinks group Diageo to become the spokesperson for new ultra-premium vodka brand Ciroc. P. Diddy negotiated a 50% return of the profits, which in hindsight has proved particularly fruitful for the “I’ll be Missing You” artist – Ciroc sold 1.5million nine-litre cases in 2011, a 65% increase on the previous year. P. Diddy certainly has put his weight behind marketing Ciroc vodka, although an alleged homophobic rant against a non-Ciroc drinker at an Atlanta nightclub in 2011 did the brand no favours. 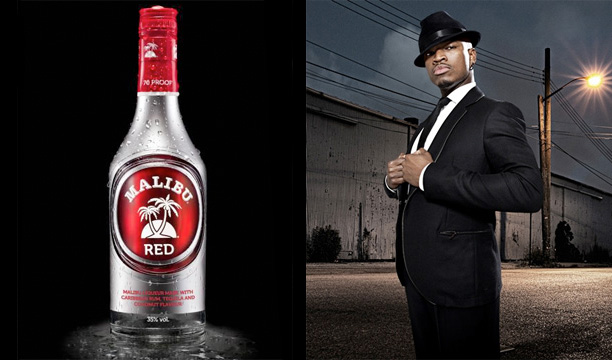 The Grammy award-winning singer-songwriter was enlisted by Pernod Ricard earlier this year as the creative director for Malibu Red, a blend of Malibu coconut rum and Olmeca Tequila. The R&B star, who is set to appear in the UK’s X Factor TV show alongside Nicole Scherzinger next weekend, even penned a single “Burnin’ Up” to promote the new spirit, which is to receive a global roll out this year. 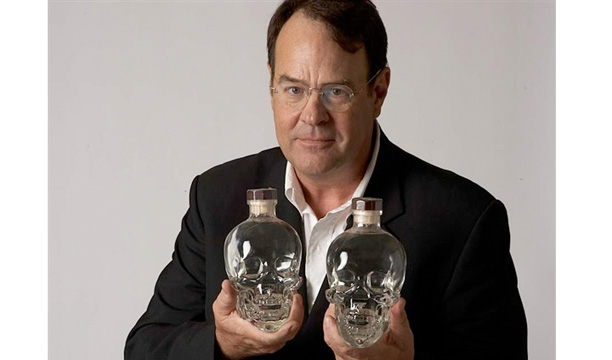 Inspired by the legend of 13 crystal skulls which are said to grant spiritual powers to those that possess them, the Ghostbusters star along with artist John Alexander, launched one of the most talked about bottle shapes for the past five years. Dan Aykroyd’s Crystal Head Vodka is quadruple-distilled, triple-filteredthrough charcoal before being triple-filtered through Herkimer diamond crystals. 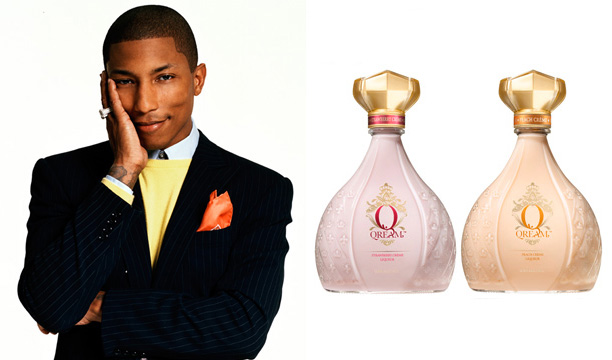 Another Diageo-US rap star collaboration, Qream “With a Q” are two ultra-premium cream-based liqueurs blatantly marketed toward the ladies, a favourite song theme for Pharrell Williams. Qream, he suggests, can be drunk over ice, mixed into cocktails or “baked into cupcakes”. Williams reportedly was so hands-on with the launch that he helped Diageo conceive the two available flavours of strawberry and peach. 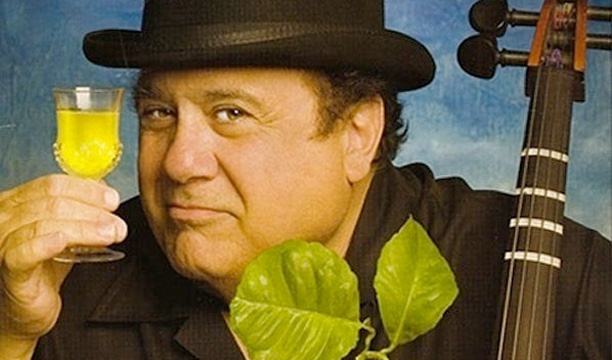 It may seem odd to find comedy actor Danny DeVito launching his own Limoncello, but for the Italian-American star of Batman Returns and Twins, it was an obvious nod to his roots. Bottled on an estate on Italy’s Sorrento Peninsula on the Amalfi Coast, Limoncello by Danny DeVito got an all-star launch from some of the star’s best Hollywood friends, including Charlie Sheen and Sylvester Stallone. 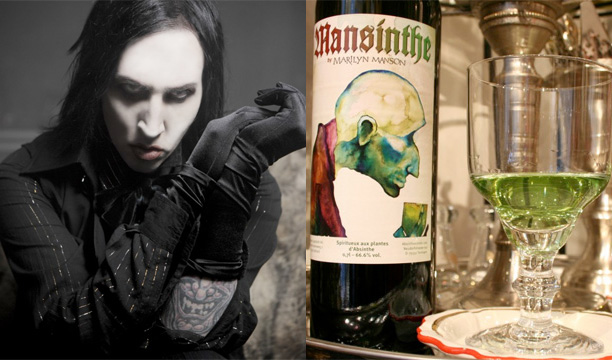 Another strange celebrity spirit release, this time from music’s most morbid star Marilyn Manson. Although if the singer was going to launch his own spirit, it would have to be absinthe, the drink with a history of sending imbibers insane. Launched in 2007 as a result of a collaboration between Masnson, Markus Lion from absinthe.de and Swiss distillery Matter-Luginbühl AG, Mansinthe is a natural absinthe distilled using vermouth, anise, fennel and other herbs, with no artificial colours or added flavouring. 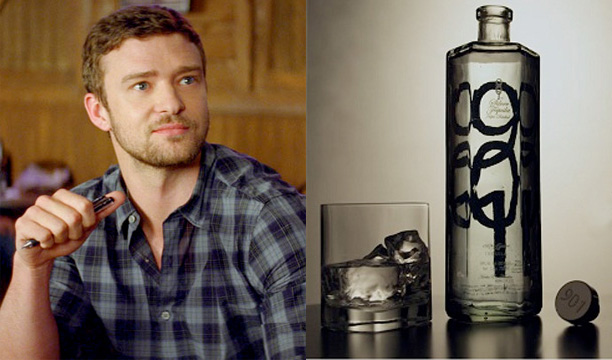 Actor, singer, comedian and now Tequila aficionado Justin Timberlake surprised spirits critics in 2009 when he released his own brand of Tequila, 901. Using the Tequilera Newton Distillery in Jalisco, Mexico, Timberlake transformed a 60 year-old recipe into a triple-distilled, 100% agave silver Tequila into his first spirit brand, named after the area code of his home district in Memphis. 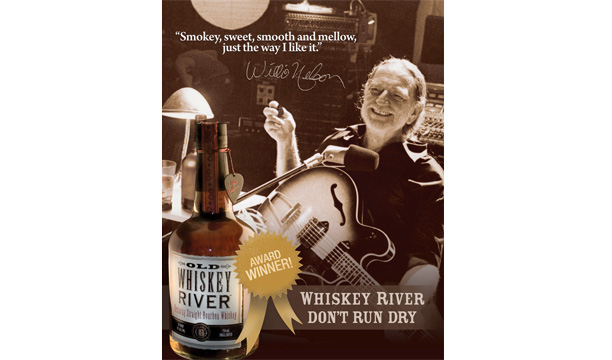 American country music singer-songwriter Willie Nelson was the inspiration behind Drinks Americas’ Old Whiskey River Bourbon, a hand-crafted small batch bourbon made from corn, barley and rye. Drinks Americas enlisted the help of Nelson, best-known for hits like “On the Road Again” and “Always on my Mind”, for the entire brand creation process, from the name through to the bottle shape. The company even sent Nelson samples of the bourbon to taste whilst on tour until they got the blend right. Each bottle comes with a signed guitar pick, while gift packs are now available featuring a Willie Nelson CD. 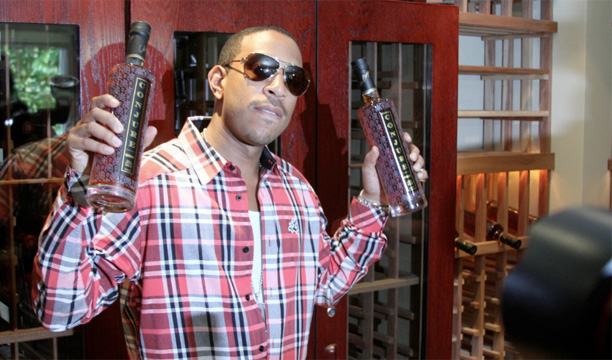 Handcrafted by the R&B star himself, Conjure Cognac is a blend of Ugni grapes from a variety of Cognac regions, including Grande Champagne, Petite Champagne and Borderie made in collaboration with Kim Birkedal Hartmann, owner of the cognac house Birkedal-Hartmann. Launched in an ambitious 40 markets in 2009, including France, Norway and the US, Conjure Cognac sold 100,000 cases in the year to 31 March 2011. 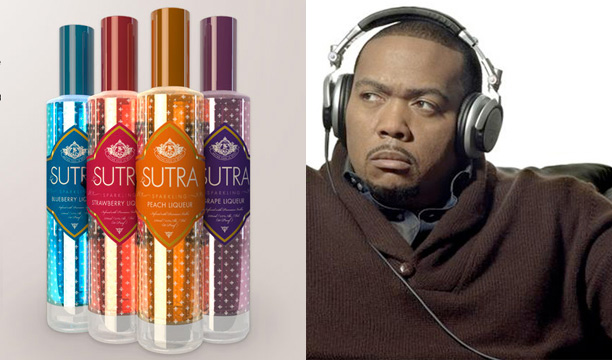 The newest launch in our round up of celebrity spirits, LeSutra Sparkling Liqueur by music producer Timbaland claims to be the first of its kind. Supposedly inspired by the Kama Sutra mantra “The Spirit That Binds Us Together”, LeSutra was launched earlier this month at BleuLive in Miami Beach in four flavours: Grape, Peach, Strawberry and Blueberry. LeSutra’s co-founders also include Tom Bruno, the man behind the lauded launch of Grey Goose Vodka.