Sales of brandy are on the up, with producers in various countries skilfully making exciting expressions, as our latest competition showed.

The interest in brandy outside of Cognac is undeniably growing. Take a look at the latest figures for apple‐based French brandy Calvados, for example. In 2021, the category enjoyed double‐digit sales growth compared with the previous year. Sales soared by 14.2% in 2021, after 4.8 million bottles were sold. And the interest in this up‐and‐coming part of the brandy category is global, too, as exports represented 50% of Calvados sales last year.

This year’s Brandy Masters set out to assess the general state of the category, spanning regions from Europe to South Africa, Asia and Australia. Two panels of expert judges were called upon to tackle this year’s entries.

Matt Chambers, co‐founder of the Whisky for Everyone blog and the North London Whisky Club, chaired the first team. He was joined by: Michael Fichtner, head bartender at the Coburg Bar at The Connaught hotel in London; Bernadette Pamplin, freelance spirits writer and founder of the Under the Ginfluence blog; and Evan Prousaefs, bar manager and assistant general manager of Los Mochis restaurant in London.

The tasting began with a flight of Other French Brandies, delivering a solid start with seven Gold medals. Ricou Spirits secured a Gold for Brandy Sainte Louise, celebrated for its “aromatic nose” full of “peach, rose water with a little incense”. Rodriguez enjoyed “fruitiness and sweet black tea” on the palate, and described this as “a very good brandy”.

St‐Rémy Brandy won two Gold awards in this flight. The first was awarded to St‐Rémy Signature for its “fresh and vibrant” nose. The palate brought “caramel sweetness and dried fruit, candied orange, sultana and late delicate spice”. Gold‐winning St‐Rémy XO was found to be “sweet and rich” on the nose, leading to “dried apple and candied orange” notes on the palate.

Silver medals were also awarded to five entries, including St‐Rémy Sauternes and Marquis de Villard VSOP. Chambers said: “These were very fruit‐based and sweet. There were some lovely examples here.” 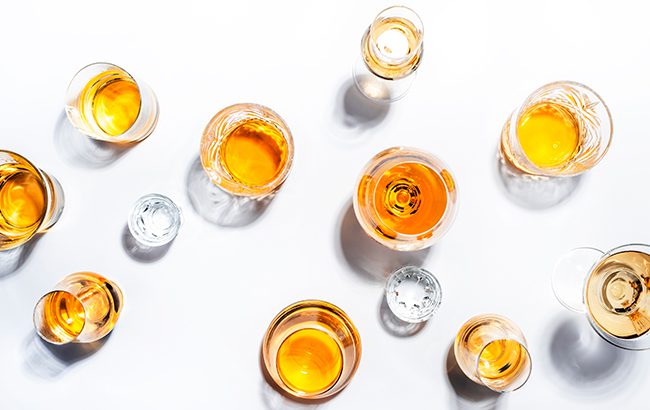 The South African – Blended heat produced another Gold medallist in the form of Klipdrift Premium. The brandy was enjoyed for its hints of “brown sugar and crumbly fudge” on the nose, leading to “sultanas, orange peel and sweetness” on the palate. Pamplin noted: “This was fascinating and very characterful.”

The following flight, South African – Pot Still Aged 3‐9 Years, delivered two solid Silver medallists. Oude Molen VS was “quite unusual” and presented a “sherbet‐like sourness” on the palate, along with some “raisins and resinous qualities”. Stablemate Oude Molen VSOP also received a Silver award, and was enjoyed for its “wood polish, coffee beans and tropical fruit” on the nose, and “spice and fruit” on the palate.

Athavia said about the VSOP: “There was a creaminess about this I liked; light and fresh but complex enough, and that carries all the way through.”

Next on the agenda was the South African – Pot Still Aged 10‐12 Years round. Two Gold medal‐winning offerings impressed the judges. Van Ryn’s 10 Years Single Pot Still secured one of two Gold medals in this heat. Tasting notes included a “fruity and earthy nose” with “golden syrup, peachy fruits, hints of cocoa and baking spice” on the palate.

Two more Gold‐standard brandies made themselves known in the next South African – Pot Still Aged Over 13 Years contingent. Van Ryn’s 15 Years Old secured a Gold medal after the judges discovered “rich tropical fruit on the nose, a warm finish and full texture”.

Talking about this particular entrant, Rodriguez said: “This is made for a specific customer: there’s fudge, caramel, it’s weighty, fruity, and finishes with a little chilli alcohol. This, for me, is a perfect cigar brandy. I would happily sit with a big Cuban and sip it.” 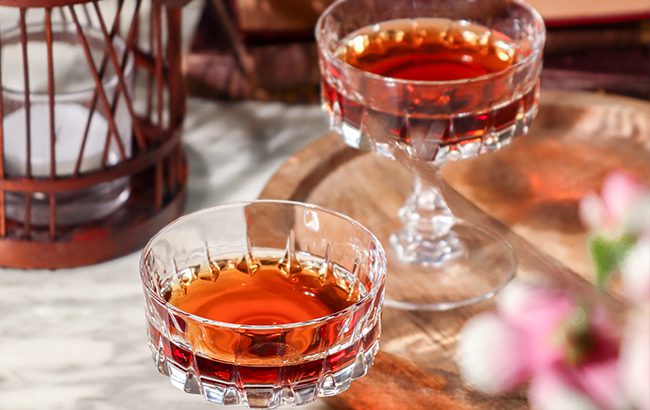 Australia showed it was possible to enjoy quality brandy at an affordable price point, as Baroque Brandy, from Aldi Stores Australia, secured a respectable Silver medal. Baroque Brandy had a “fresh and vibrant nose, with green apple and golden syrup”. The judges said it would be interesting to see how brandies from this part of the world would develop.

The final flight of the day brought a large selection of brandies from Europe to the table. A plethora of Gold awards completed the competition, alongside three solid Silver medallists.

The 10‐year‐old offered a “jammy palate”. The judges said: “Sherry comes through beautifully on the finish, fruity and rich, with a touch of dryness and warm spice for added complexity. The producer’s 25‐year‐old also won a Gold medal, described as “fresh, vibrant with dried fruit, hints of peach and tropical fruits”.

With the tasting concluded, the judges contemplated the overall state of the brandy category. Rodriguez said: “It was quite mixed, but it did show you can pick up some great brandies outside of Armagnac and Calvados.”

Athavia felt optimistic that whisky and rum drinkers would be able to find something enjoyable in the brand segment.

She said: “There were some real alternatives here for people who don’t want rum or whisky, some really nice aged spirits. Particularly for those who don’t want heavy flavours, there were plenty of pretty and elegant flavours. It was a good place to start.”