The ever-expanding tonic and mixer category is flush with high-quality bottlings to pair with spirits, as our judges discovered in our latest taste test.

The tonic and mixer category has been known to offer plenty of products to compliment gins, but in recent years the sector’s producers have turned their efforts to creating bottlings perfect for all manner of spirits.

To assess the quality of new and pioneering entrants, The Spirits Business held its second Tonic & Mixer Masters last month.

We gathered a team of experts at the Novotel hotel in London Bridge: Melita Kiely, editor of The Spirits Business; Christine Perrett, director of A Twist of Citrus and The Spirits Hub; Dimple Athavia, founder of All Things Drinks; Sarah Miller, founder of the Gin A Ding Ding blog; Alan Uresti, head of agave spirits at London restaurant Annabel’s; and Evan Prousaefs, bar manager and assistant general manager of Los Mochis in Notting Hill, London.

Read on to discover the tonic and mixer brands that scooped the top award in our latest competition. 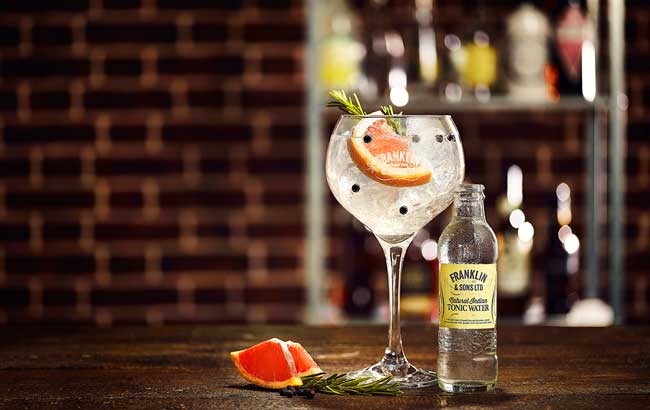 British brand Franklin & Sons stormed to success in the first round of our competition, grabbing a Master in the Indian Tonic Water flight.

Judges praised Franklin & Sons Natural Indian Tonic Water for having “hints of quinine and sweet citrus on the nose” and “good carbonation”.

The expression is available in 200ml and 500ml bottles and 150ml cans.

German producer Thomas Henry walked away with the top accolade in the Tonic Water – Other round for its botanical-infused bottling.

One judge described the nose as “super herby”, with “vermouth‐style aromas” and a “beautiful balance of sweetness and bitterness on the palate. I love it.”

The brand also walked away with seven Gold medals and one Silver medal during the competition. 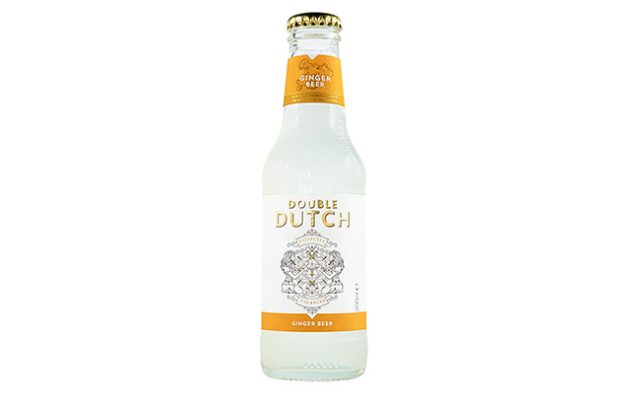 The ginger beer is said to blend three different ginger varieties, plus a hint of lime, to create a ‘balance of heat, spiciness and earthiness’ with some citrus.

A retaste of all the Master medallists from the competition ultimately saw Double Dutch Ginger Beer named as this year’s Tonic & Mixer Taste Master. 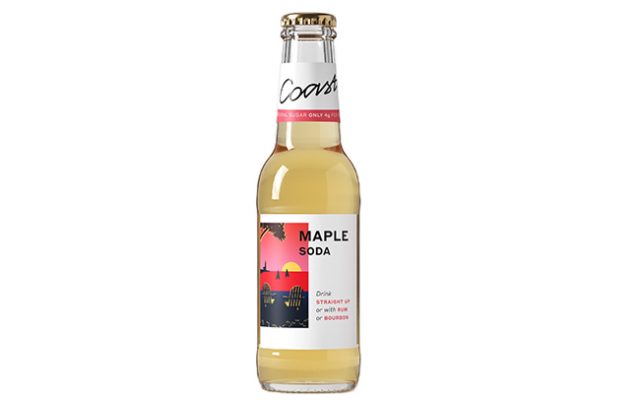 “I can see it as a perfect mixer for darker spirits and great for non‐alcoholic serves, giving complexity,” one judge noted.

According to the brand, the New England-inspired soda is recommended mixed with aged rums and Bourbons. 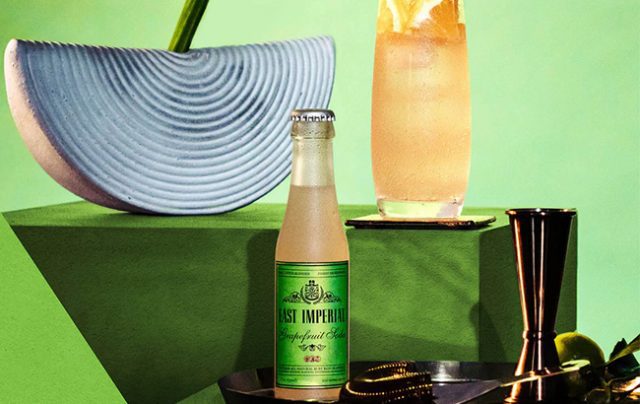 The soda delivered “fresh grapefruit both on the nose and palate, with the sweetness balanced well with pithy bitterness”.

Made in New Zealand, the expression is best served with premium rum or Tequila. 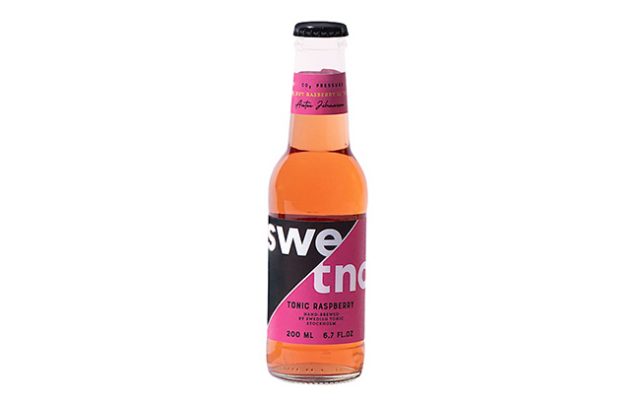 Swedish Tonic Water Raspberry secured a Master medal in a tasting of flavoured tonic waters, with judges enjoying its “clear aroma of raspberry” and its “distinctive fruity sweetness” with “quinine notes at the end”.

The tonic water was made with juice from fresh raspberries and contains quinine. It is best served with gin. 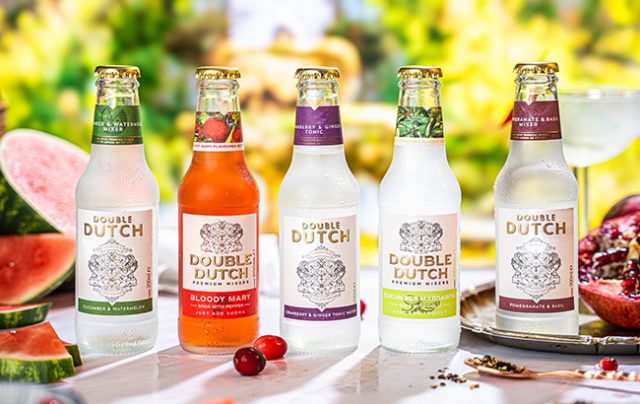 Double Dutch gained a second Master medal, this time for its Cucumber & Watermelon bottling in the Flavoured/Infused Carbonated Mixers round.

Praised for its “fresh aromas”, the drink offered “authentic flavours, and they complement each other very well”, one judge said.

Double Dutch described it as the perfect summer serve to combine with light rums, citric gins and white wine. 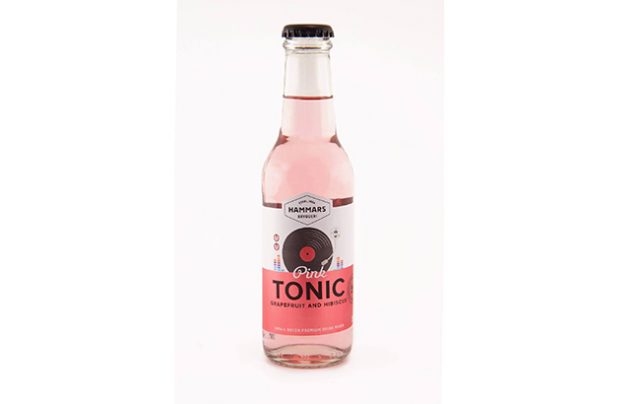 Hammars Bryggeri Pink Tonic Grapefruit and Hibiscus was one of several Master medallists in the flavoured tonic water flight.

“A good balance of grapefruit and hibiscus on the palate,” one member of the panel said. “The bitterness dances among the flavours quite nicely and does as it promises.”

The Swedish producer recommends combining the tonic with a classic London Dry gin or a fruity or berry-flavoured gin.

Franklin & Sons secured another Master medal in the competition, with the top award going to its “decadent” Pineapple Mixer with Almond in the Flavoured/Infused Carbonated Mixers round.

Judges applauded its “stunning nose of fresh pineapple with some almond‐cherry‐marzipan notes”.

The low-sugar expression is recommended mixed in cocktails such as the Pineapple Plush, a combination of Red Leg Pineapple Rum, orgeat syrup and lime juice, or in a Calvados-based twist on an Old Fashioned. 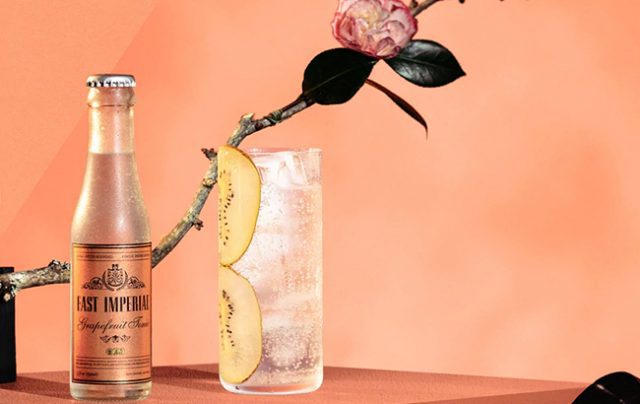 The tonic can be paired with gin, Tequila blanco or Campari.