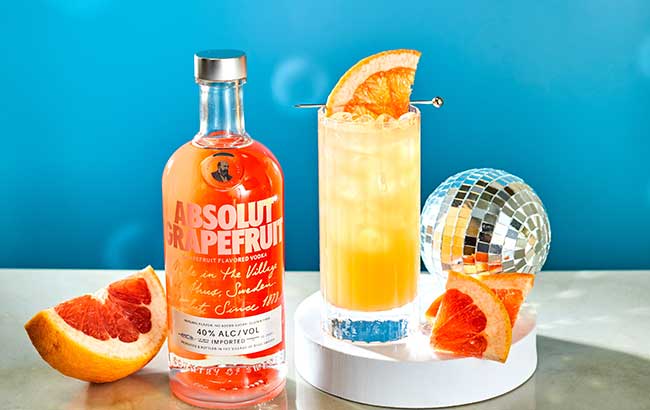 The brand is marking its 10th year as the official vodka of music festival Coachella, which is running from Friday (15 April) until 24 April in California, US.

The signature vodka cocktail, created by Absolut and Swedish House Mafia, is inspired by the latter’s latest album, Paradise Again.

The Absolut x Swedish House Mafia Paradise (Again) Paloma will be available at the festival, and a speciality cocktail kit can be purchased by consumers at home through Sourced Craft Cocktails for US$54.15.

The Paloma is made up of Absolut Grapefruit vodka, ruby grapefruit juice, lime juice, and soda water.

Five of the kits have been selected at random to include tickets for Coachella 2023.

Additionally, the brand is extending the festival experience to the 3D world with the launch of immersive experience Absolut Land. Consumers, taking the form of avatars, can explore unique spaces while uncovering interactive features such as a custom jukebox. The jukebox links up to Swedish House Mafia’s Paradise Again album.

It is not the first time Absolut has collaborated with a music festival: in June 2021, the brand and Tomorrowland released a limited edition Absolut vodka bottle ahead of the digital dance festival in Belgium.

In February this year, the brand revamped some of its vodka flavours with lower-ABV strengths.