Hard seltzer cocktails, Scotch whisky distilleries, the history of amaro: this summer’s book launches have it all. Here, we explore the best releases of the season.

The world is slowly and surely reopening, but there’s still plenty of time to curl up with a good book – and there’s something for every booze enthusiast among this summer’s launches.

Click through for our pick of some of the most exciting books on spirits and cocktails to hit shelves this summer.

Japanese Art of the Cocktail by Masahiro Urushido and Michael Anstendig

Masahiro Urushido opened the cocktail bar Katana Kitten in New York City in 2018. It’s since become one of the most acclaimed drinking dens in the country, topping best bar lists the world over. In this book, he provides more than 90 recipes for drinks and snacks that have graced the bar’s menu, and includes serves from other top mixologists who employ the Japanese style of bartending.

Along with co-author Michael Anstendig, Urushido has also written a first-person account of how he built a career in bartending in Tokyo and New York. The 288-page tome is punctuated with images taken by photographer Eric Medsker.

Japanese Art of the Cocktail is available at independent bookstores and through Amazon for US$18. 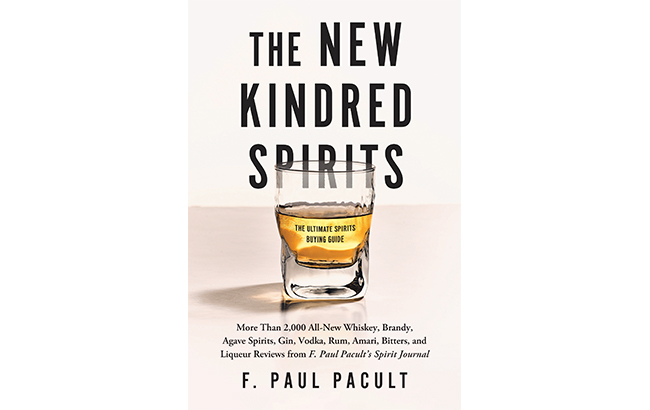 Journalist and critic F Paul Pacult first published his Kindred Spirits review book in 1997, and unveiled a second edition in 2008.

We reckon this 640-page tome is just the thing for anyone building a solid booze collection and in need of bottle recommendations.

The New Kindred Spirits is priced at US$50.

A Journeyman’s Journey: The Story of Jim McEwan by Jim McEwan and Udo Sonntag

Whisky enthusiasts, this one’s for you.

Jim McEwan’s work as the master distiller of Bruichladdich has made him a legend in the world of single malts.

Now he’s telling the story of his career in a new autobiography, walking readers through his early days as a cooper at Bowmore, the revival of the Bruichladdich distillery and beyond.

Looking to jazz up that can of White Claw? Look no further than The Hard Seltzer Cocktail Book.

The book is available in hardcover for US$12 on Amazon.

The Big Book of Amaro by Matteo Zed

As the bar manager of The Court in Rome, Matteo Zed knows a thing or two about Italian drinking culture.

In The Big Book of Amaro, he provides a comprehensive overview of the traditional bitter digestif. The illustrated guide explores how the drink is made and lays out a full history of the liquid, from its roots in medieval alchemy and its place in modern cocktail culture.

Zed also gives insight into the liqueur’s common botanical ingredients, along with bottle recommendations and a multitude of food and drink recipes that harness amaro’s bitter flavour profile. Meanwhile, 100 colour photographs bring the book to life.

Writer and historian Nicholas Morgan has joined forces with the team at spirits retailer The Whisky Exchange to create a straightforward guide to whisky.

In Everything You Need to Know About Whisky (but are too afraid to ask), Morgan waxes poetic on a variety of dram-led topics, from what makes a perfect Scotch, to how to craft the best whisky cocktails. He also dives into the history of famous distilleries and brands.

The book will be released in September 2021.