How low-and-no brands could reshape the alcohol sector

Despite fears drinkers would hit the hard stuff at the start of lockdown, many switched to low- and no-alcohol serves for health and wellness purposes. The Spirits Business looks at how this burgeoning sector has welcomed them. 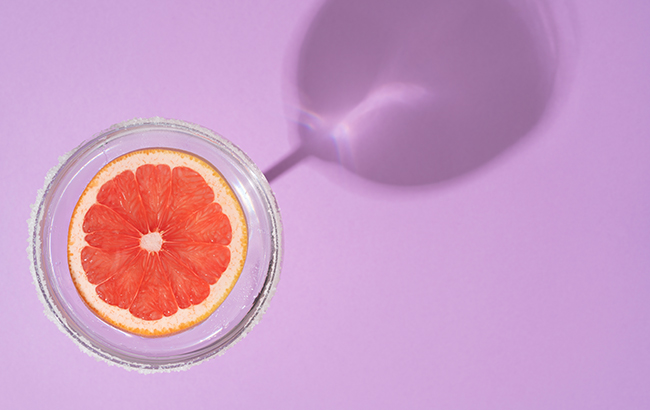 Health has become big business. According to latest estimates, the value of the global wellness industry sits at an almost unfathomable US$4.5 trillion. The nascent low‐ and no‐alcohol category may be small, but it makes up a growing portion of this booming economy. IWSR Drinks Market Analysis forecasts that between 2020 and 2024, low/no ‘spirits’ will experience a faster ascent than beer or wine, registering a compound annual growth rate (CAGR) of 20.6% in the category’s top 10 markets.

Rampant diversification flows through the low/no ‘spirits’ space as swathes of new craft brands enter the fray and established players launch their own healthful iterations. While there has been an explosion of new products in the space of just a couple of years, the low/no category has strong foundations, says Marine Rozenfeld, innovation development lead for Western Europe, Australia and New Zealand at Bacardi.

“The trend for mindful drinking and the rise of low/no drinks isn’t something that’s happened overnight,” she says. “Being aware of why, how much and what alcohol we drink is a cultural movement that has been growing over the past decade.” Using insight from IWSR, Bacardi predicts the retail value of low/no ‘spirits’ will reach US$500 million in Western Europe by 2024 – a 400% increase from 2020 to 2024.

For Nikulás Hannigan, global brand educator at alcohol‐free ‘spirit’ brand Fluère, the craft cocktail scene has indirectly aided the low/no sector by spurring consumer interest in the ingredients inside their glass. “When the craft cocktail came along we started asking ourselves, why are we limiting flavours in the glass? Why can’t we put whatever we like in a cocktail? I think this naturally led to more appreciation of what’s in the glass. Then at some point someone asked, ‘why does it have to be alcoholic?’”

Despite the rapid expansion of the low/no category, consumers remain under‐served, believes Eric Sampers, co‐founder and managing director at Illogical Drinks, which launched 6% ABV botanical blend Mary towards the end of 2020. “From a business perspective, there is a huge gap between the offer and the demand of consumers,” he says. “The more we provide them with options, the more confident they will be in making their own choices.” As such, Sampers claims the category is very far from being crowded, and that “low/no is just scratching the surface of what the adult beverage space is going to become”.

Despite the mass devastation lockdown measures have done to the hospitality sector, demand for low/no products has continued to increase. This is largely due to the acceleration of the underlying health and wellness macro‐trend.

“We’ve all been considering our health and wellness a little more in lockdown, whether it’s through our diet, or getting out into nature for exercise wherever possible,” says Paul Mathew, founder of Everleaf Drinks, which produces alcohol‐free apéritifs.

“Health has been at the forefront of everyone’s minds with a global pandemic ongoing, and being more aware of our alcohol intake is part of that. We’ve also wanted to treat ourselves though, to take those moments at the end of a day when you mix a drink and relax. Low/no allows you to do both – be mindful, but still savour a complex, satisfying drink.”

Furthermore, says IWSR senior insights manager, Sophia Shaw‐Brown, low/no naturally suits home drinking, which has become the main – and in some cases, the only – consumption occasion during lockdown. “The low/no alcohol category has been particularly resilient during the pandemic because at‐home consumption has increased so sharply,” she says. “IWSR research has shown that ‘relaxing at home’ represents the category’s key drinking occasion and, of course, time at home has been in abundant supply during quarantine.”

Since many low/no brands are relatively small scale, they have also been able to easily pivot to e‐commerce and digital marketing – which was the main route to market for many of them in the first place. Sampers estimates that the majority of low/no consumers buy online due to a lack of options in shops and bars.

“Our strategy was always to have an online presence and that’s due to the fact that consumer aspirations are bigger than the will of the trade to deliver on that particular category,” he explains. “I would not be surprised if low/no consumers were looking for products more online than in real life; that’s my assumption.”

Brands have ramped up their direct communication with consumers during the pandemic, launching a number of new products and campaigns. Bacardi, for instance, sought to drive interest in low/no this Dry January by rolling out its new ‘Less is More’ mindful‐drinking campaign in Western Europe. The firm has also created the ‘Mindful Drinking Gift Stores’ via Amazon in the UK, Spain, France and Germany.

Most low/no brands have increased their marketing during Dry January, including non‐alcoholic distilled beverage MeMento, which is working with its US and Canadian importers on an extended communication campaign. “Regardless of the situation, what didn’t diminish was the consumers’ interest in the low/no drinking alternative to alcohol: people are now even more health‐conscious, and the sober‐curious movement increases every day,” says founder and CEO Eugenio Muraro.

Consumer awareness and understanding of low/no is certainly building, particularly as large players increase their involvement in the category. Diageo acquired first mover Seedlip in 2019, while Pernod Ricard became the majority shareholder of category number two, Ceder’s, only last month.

According to Laura Stephen, brand director for Ceder’s at Pernod Ricard UK, as Ceder’s is integrated into the Pernod Ricard network, it will benefit from the group’s “infrastructure and the ability to access more markets around the globe”, as well as its “cross‐ functional expertise, insights, planning, processes, digital capabilities and commercial networks”.

The low/no category has been further enhanced by established names launching lower‐ABV line extensions – such as Pernod Ricard’s 20% Beefeater Light and Ballantine’s Light, which are being trialled in Spain.

Martini, meanwhile, entered the 0% ABV space with the launch of the Vibrante and Floreal aperitivo expressions last March. The segment has also been bolstered by a number of categories and brands that have always been low‐alcohol – such as vermouths, liqueurs and apéritifs – but are now actively aligning with the low/no movement.

Further innovation will play a key role in category development, stakeholders believe. “There’s now an exciting chain reaction taking place – as people seek out more low/no options, amazing innovations are being launched to meet that demand, and that generates even more buzz,” enthuses Rozenfeld. “So the momentum is massive right now. Low/no spirits are the frontier of alcohol innovation – we’re only at the tip of the innovation iceberg for what’s to come.”

New product development is particularly important in markets such as the UK, which is a “heavily innovation‐driven market”, says Stephen, citing the success of categories such as flavoured gin and flavoured rum. “People here are curious, they embrace new things, so it’s natural that in low/no we will also see that,” she adds. To cater to this demand for flavour innovation, Ceder’s launched its Pink Rose expression last summer.

Other brands, such as MeMento, are creating new formats to extend low/no’s consumption occasions. In November, the Italian brand partnered with Nio Cocktails to create a series of MeMento‐based zero‐ABV serves. Packaged in 100ml pouches, the RTD cocktails are available in the UK and Italy. Muraro hopes initiatives such as this will help low/no more closely align with mixology and “show people that great tasting cocktails don’t necessarily have alcohol inside”.

Looking to the future, some brands believe low/no needs to further establish itself as a standalone category, and shrug off its image as a group of alcohol‐free versions of other spirits. “I personally am not a massive fan of ‘direct‐replacement thinking’ when it comes to non‐alcoholic ‘spirits’,” says Fluère’s Hannigan. “First of all it pigeonholes the category, and second, a product is always going to lose a comparison with a product that it is not.” However, Hannigan notes that it is “useful to benchmark” low/no products with full‐strength spirits that have a similar taste profile and mixing uses.

Likewise, Martijn Keesmaat, marketing director at Hooghoudt Distillers, which produces the Zero Zero 24 alcohol‐free ‘spirit’, believes that as long as the sector remains “niche”, consumers will expect low/no products to “deliver the exact same taste experience as an alcoholic spirit”.

However, he says: “This is not, and will never be, the case, simply because alcohol plays a key role in offering a certain taste profile. Does this make a non‐alcoholic ‘spirit’ worse? Actually, the opposite can be true when using the right people and techniques.”

For Sampers, while a level of mimicry is inevitable in the low/no category’s early stages, segmentation will accelerate as consumers become more comfortable trying completely new products. “The most important thing is that consumers step into this new low/no category, and once they feel comfortable, you can take them on a journey to explore new flavours and entirely new categories.”

He adds that in future there will be “products that are harder to define by traditional standards” and, as such, more category management will be needed in the low/no space at a grocery and on‐trade level.

After all, Sampers adds, the emergence of low/no is nothing less than a “revolution” that is “probably going to entirely reshape the beverage industry in the years to come”.