To mark International Women’s Day today, The Spirits Business is celebrating the talents of 10 female brand ambassadors across the spirits sector.

As today (8 March) is International Women’s Day, we thought it would be important to highlight the women representing some of the world’s biggest spirits brands.

Many of the women on our list have a background in the bar industry, leading them to have some of the most sought-after skills needed for a brand ambassador position.

Some have also gone to great lengths to champion diversity in the drinks sector through initiatives and discussions.

Click through the following pages to discover 10 female spirits industry brand ambassadors, in no particular order. 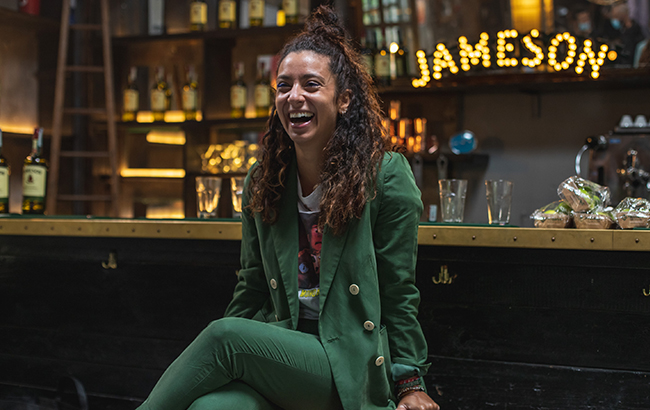 Antonia Conte is the Jameson brand ambassador for Italy. Her studies took her to Dublin, where she developed a love for Ireland.

Hailing from Italy, Conte has a degree in PR and communications, and a Masters in marketing.

With experience working in the hospitality industry, Conte is responsible for the management of Jameson events, bartender engagement, social media, and provides input into the Jameson brand strategy in Italy. She also serves as the Pernod Ricard brand ambassador coordinator in Italy, working closely with six ambassadors from other Pernod brands.

Conte is said to be passionate about social media and continues to help engage the bartender community in Italy during the pandemic. 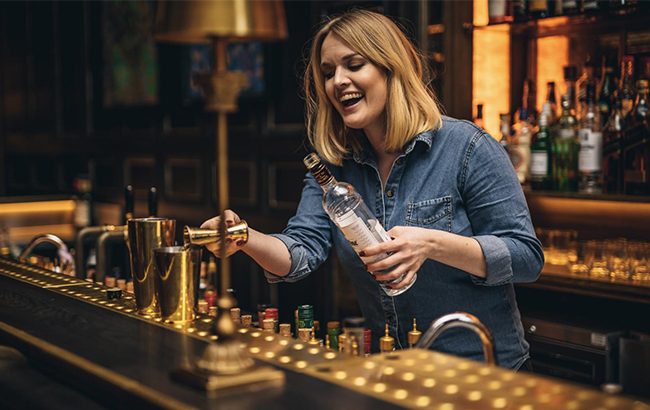 Kate Jackson joined the Diageo Reserve team in 2017 as UK brand ambassador for Ketel One Vodka.

Jackson joined the Dutch brand after her year-long position as assistant general manager at The Distillery bar, based in London’s Notting Hill.

After beginning her career in Edinburgh at Montpeliers bar and restaurant, Jackson soon progressed to bar manager.

Following a move to London, Jackson joined the Columbo Group where she developed the cocktail menu at the Albert and Pearl. She then spent five years at The Breakfast Club, where she helped launch new cocktail menus. 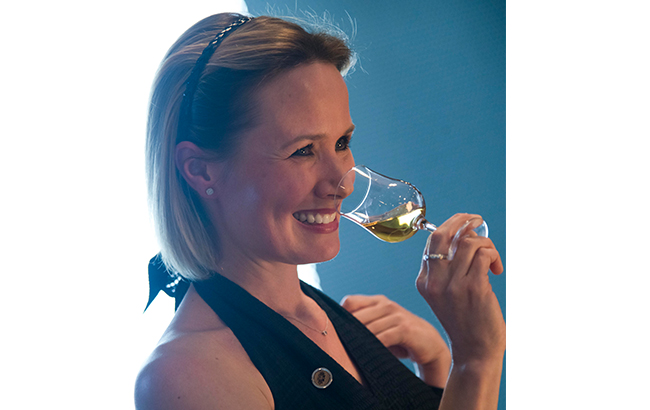 As the Southern European brand education manager and ambassador for Scotch brand The Macallan, Nicola Riske is recognised globally for her spirits seminars and flavour conversations.

A Canadian-born New Yorker, Riske has more than 15 years of experience in spirits marketing and education. She currently resides in Madrid, Spain.

Riske is known for her ‘constant curiosity and passion for whisky’, often showing up at distilleries with steel-toed boots and a high-visibility vest.

Riske holds a general certificate in distilling from the Institute for Brewing and Distilling in Scotland, and is currently working towards a diploma in distilling, and a WSET Level 3 in Spirits this spring. In addition, Riske is a certified Sherry educator and olive oil sommelier. 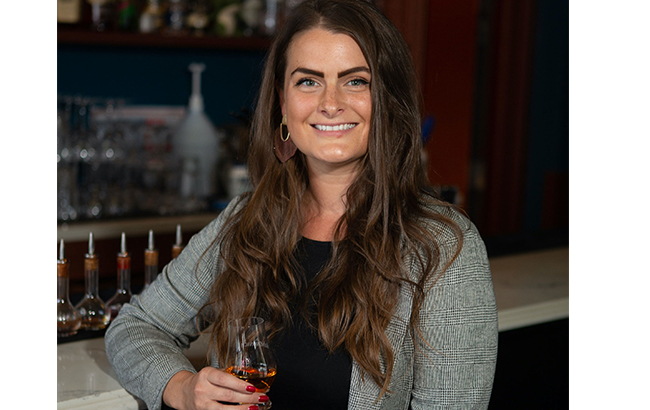 After graduating with a degree in marketing and film, she worked on many different large scale productions.

Borton has more than 11 years of experience in hospitality, working in every front of house role, from host to beverage director. She joined the Brown-Forman team four years ago to represent the entire whisky portfolio. Over the years her position has evolved, focusing her expertise and passion on Scotch brands Glendronach, Benriach, Glenglassaugh, and Slane Irish whiskey. She works on national and local marketing programmes, spirits education, and trade advocacy.

Outside of work, she can be found donating her time to hospitality-focused mental health and wellness charities in Chicago. 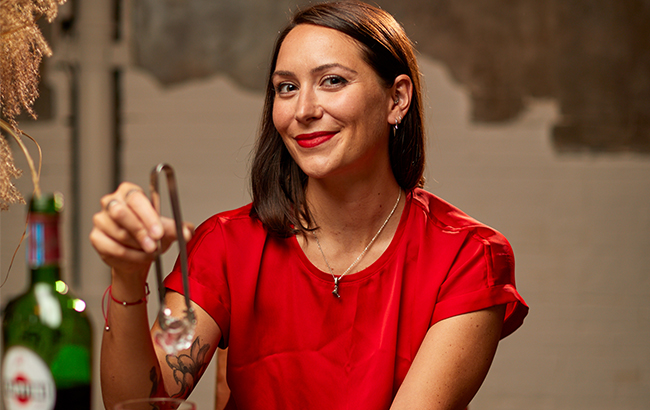 Italian-born Roberta Mariani’s career began in 2005 in a classic café in her native town near Rome. She later moved to complete her degree in Japanese languages and civilisations, and developed a passion for mixology and botanicals while in London.

She worked alongside the Drink Factory team at the Zetter Townhouse in 2013, and helped to open aperitivo den Bar Termini in London’s Soho.

Since 2016, Mariani has been part of the Martini team, sharing her knowledge and passion for the Italian brand and its vermouths, bitters and classic cocktails. She is Martini’s global brand ambassador. 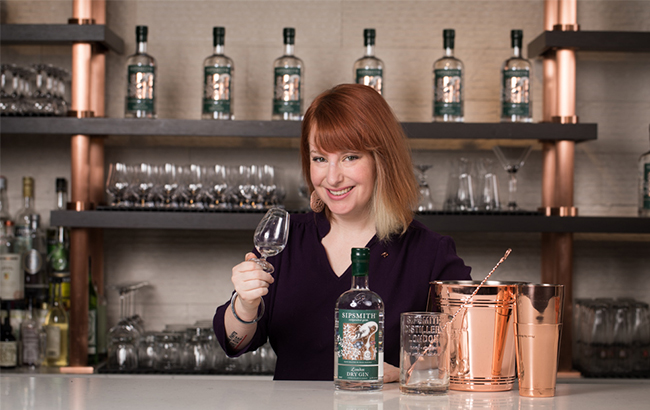 Rivers is described as an ‘enthusiastic advocate’ for the category, and enjoys sharing knowledge of the juniper spirit and its history.

Prior to Sipsmith, Rivers curated the largest gin and genever collection in the Americas at San Francisco bar Whitechapel. She has 29 years of experience in the hospitality sector, working in countries such as Germany, Japan and Hong Kong. 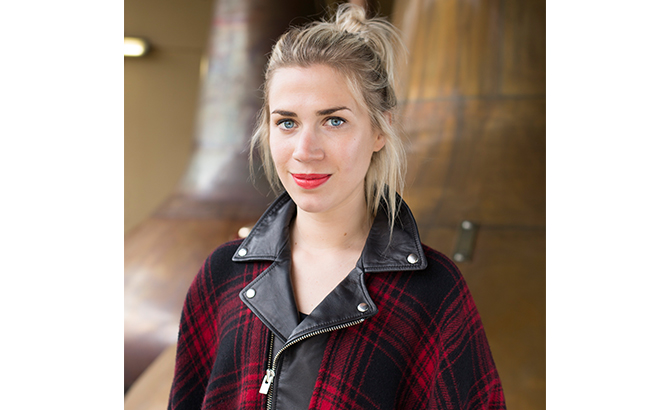 As global malts ambassador for Bacardi, Georgie Bell has built up an enviable reputation in the whisky industry.

She started her career as a cocktail bartender while studying in Edinburgh, where she became fascinated by the bar scene and eventually developed a passion for whisky.

Bell began a diploma in distillation at the Institute of Brewing and Distilling, achieving the highest mark globally, which promoted an award from The Worshipful Company of Distillers. She was then accepted into the exclusive society.

Bell has a Bachelor of Science in distillation, focused on biochemistry and chemical engineering. Bell joined Diageo in 2014 to front a renewed push for its Mortlach single malt Scotch brand.

Bell is also a co-founder of the Our Whisky campaign, which aims to highlight the diversity of whisky drinkers and challenge the perception that whisky is a ‘man’s drink’. 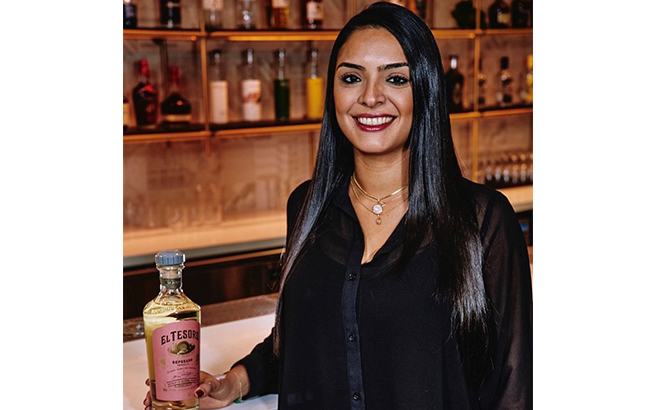 Born in California and raised in Venezuela, Carla Verenzuela gained a taste for travel at a very young age, moving to Barcelona in 2008. Two years later she headed to New York to develop a career in fine arts, focused in jewellery design.

While in New York City, Verenzuela worked as a bartender at an agave bar, ultimately falling in love with Tequila.

Over the past nine years, she helped raise the profile of Casa Dragones and Don Julio Tequilas, and is now part of El Tesoro de Don Felipe’s team in her home market of New York and across the east coast. She acts as brand ambassador for Tequila at Beam Suntory. 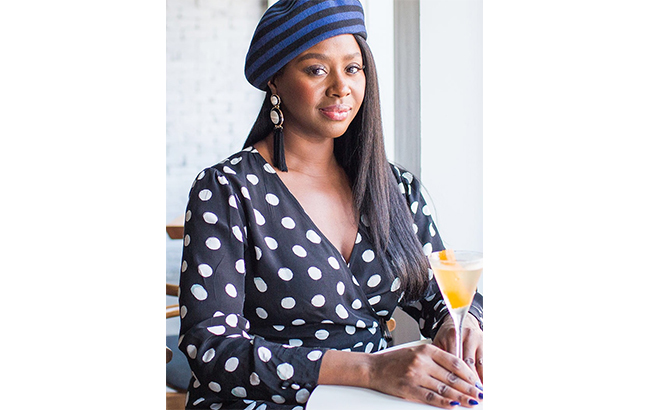 Earlecia Richelle Gibb joined Bacardi-owned St-Germain elderflower liqueur as its US brand ambassador in 2019. In her position, she travels the globe creating programmes that educate, engage and inspire the cocktail industry and consumers.

Gibb has worked on numerous beverage programmes across the east coast of the US, and has also taken part in many cocktail competitions.

She has also spoken on industry panels regarding topics such as diversity and inclusion initiatives in the drinks sector.

Gibb has previously held positions in luxury beauty, fashion, lifestyle, and media companies, and served as brand ambassador for Bacardi-owned Grey Goose vodka. She was also a finalist in Tales of the Cocktails’ 2019 Spirited Awards. 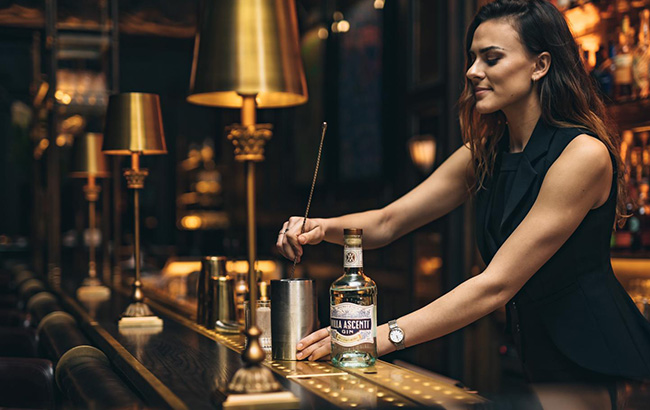 Knight has worked across the world in hospitality venues, including a specialist gin bar in Edinburgh.