Some of the biggest marketing initiatives from the end of 2020 included a Captain Morgan challenge on Instagram, Buffalo Trace’s Whiskey Wednesday programme and Jose Cuervo’s Piñata Bar.

December 2020 saw a number of brands up their game when it comes to marketing including Diageo, which unveiled new campaigns for Captain Morgan rum and Roe & Co Irish whiskey.

Producers also highlighted their commitment to sustainability with Johnnie Walker pledging to plant one million trees in Scotland by 2025 to reduce its carbon footprint.

Over the following pages, we name our pick of the top marketing initiatives launched in December 2020. 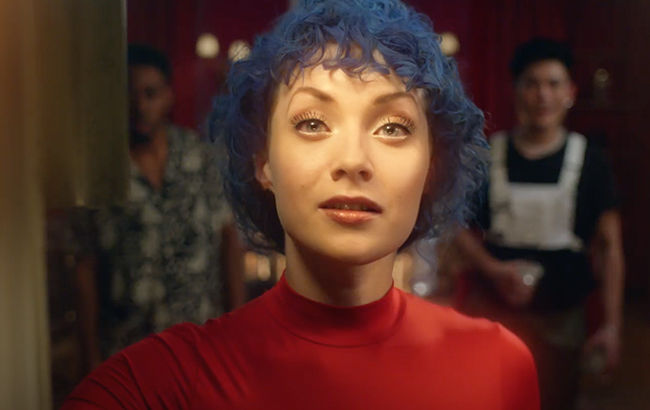 Diageo-owned Captain Morgan rum created the Better Than Gold campaign to highlight its core spiced variant. Initially launched in the UK, the fully integrated marketing campaign includes a TV advert that ‘puts a playful spin on a traditional money heist’.

The spot features a female protagonist racing against the clock to open a safe that contains Captain Morgan Original Spiced Gold.

To accompany the TV advert, Captain Morgan launched an Instagram challenge, which invites rum fans to explore a series of Instagram levels to unlock prizes. The challenge can be accessed through the official Captain Morgan GB Instagram page. 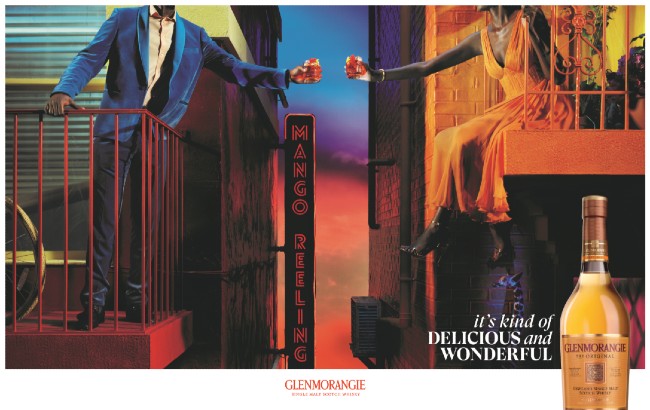 The advert reimagines everyday experiences as ‘wonderful moments’ using vibrant colours and cinematic style. The campaign went live in the UK on 14 December. The campaign’s scenes show people enjoying whisky with visual nods to the brand throughout, including a tribute to Glenmorangie’s ‘spirit animal’, the giraffe, in reference to the distillery’s tall stills. 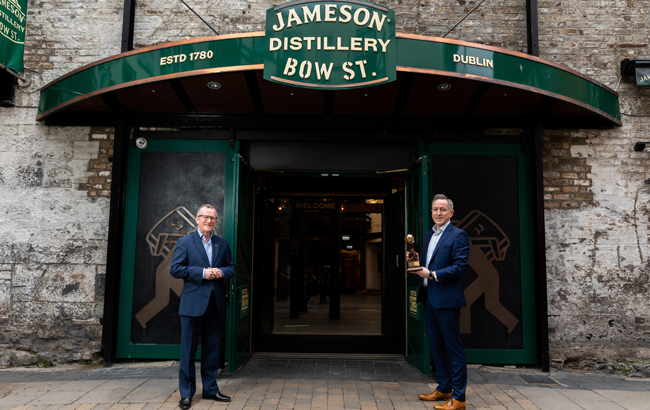 Irish whiskey brand Jameson was given the title of World’s Leading Distillery Tour for the third year running in recognition of its Bow Street experience.

The award was announced during the World Travel Awards (WTA), which took place virtually in November due to the Covid‐19 pandemic. The 27th annual awards ceremony marked the final of the WTA Grand Tour 2020, an annual search for the top travel and tourism organisations in the world.

Greg Hughes, managing director, Jameson brand homes at Irish Distillers, said: “We are extremely honoured to be awarded this very special accolade, which is voted for by travel and tourism professionals and consumers worldwide.” 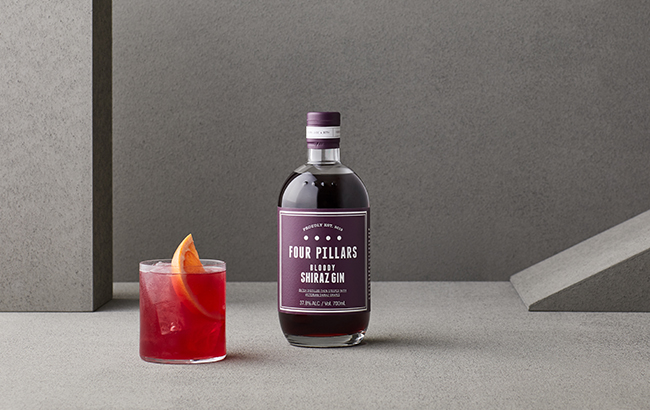 Made up of five creatives, the initiative showcases serves made with the Four Pillars range, including Rare Dry Gin, Bloody Shiraz Gin and Olive Leaf Gin. The campaign features six‐ and 30‐second videos, and images that will run on social media until the end of January. Street posters will also feature in Melbourne and Sydney, Australia.

Jemma Blanch, head of marketing, events and activations at Four Pillars, said: “We wanted the campaign to capture the heat of an Australian summer; the kind of heat that calls for a generous gin and tonic with lots of ice and a slice of orange.”

As part of the push, the brand’s Healesville distillery and Sydney‐based gin lab and bar will host tastings, events and masterclasses. 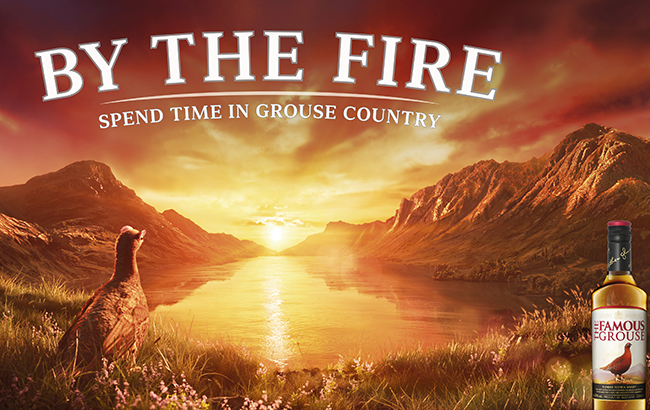 The global campaign from the Edrington‐owned brand encourages drinkers to enjoy special occasions together, including moments in the great outdoors or time spent catching up with friends in a socially distanced setting.

The new campaign will be rolled out in global markets with a focus on above‐the‐line advertising and social engagements. The content has been developed to highlight universal occasions to enjoy Famous Grouse whisky.

Joakim Leijon, global brand controller for Famous Grouse, said: “Our new Spend Time in Grouse Country global brand campaign is designed to fit into the challenging times we currently face, bringing some warmth and positivity to the blended Scotch category and our consumers’ lives.” 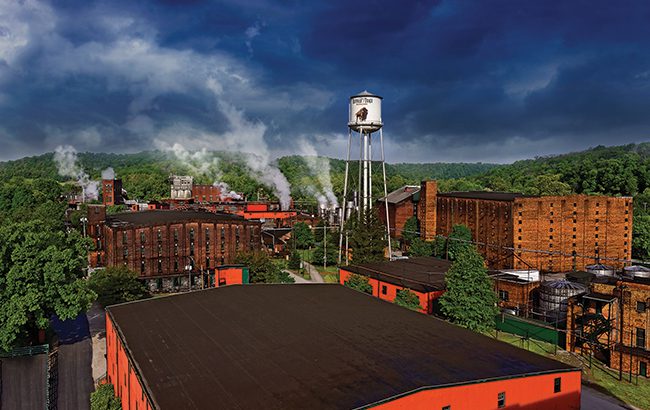 Buffalo Trace has live‐streamed the Whiskey Wednesday programme on social media since 13 May. The debut programme received almost 30,000 viewers, which grew to 200,000 on 22 July.

Further Whiskey Wednesday episodes are planned for 2021, and will include more Bourbon tastings, trivia and special guests. Whiskey Wednesday airs live at 2pm EST on social media profiles for the distillery and its brands.

In addition to Whiskey Wednesday, fans can take a virtual tour of the distillery at any time on the Buffalo Trace website. 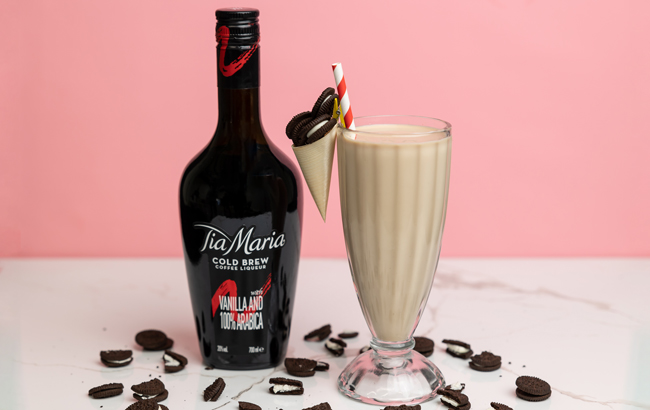 Open at sites in Sydney, Brisbane, Melbourne, Adelaide and Perth, the cocktail bar allows drinkers to personalise their serves with assorted trimmings. Guests can choose to top their Espresso Martini with crushed Maltesers, popcorn, freeze‐dried raspberries or marshmallows.

Drinkers can also enjoy Tia Maria shakes such as the One Flew Over The Cookies Nest, which is flavoured with cookies and cream. Cinema‐goers that purchase Gold Grass tickets can order their cocktails using a QR code on their table, and have them delivered straight to their seats. 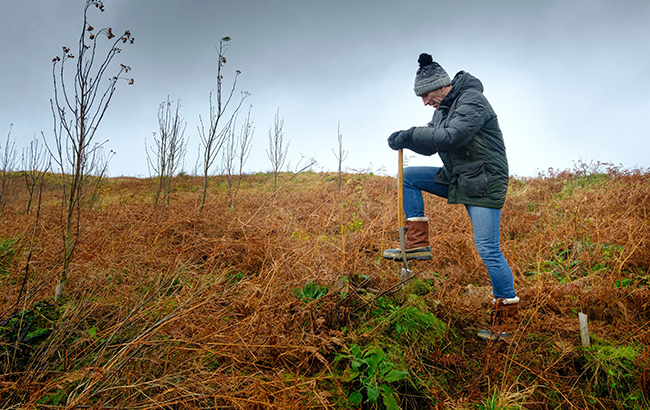 Johnnie Walker blended Scotch whisky pledged to plant one million trees in Scotland by 2025 to reduce its carbon footprint. The trees are part of the brand’s work to replenish some of the natural materials used in whisky making.

So far, the blended Scotch brand has planted a total of 389,000 trees near two of Diageo’s Highland distilleries. Over the course of the project, the trees are expected to absorb more than 69,000 tonnes of carbon dioxide, equal to 10,500 aeroplane flights around the world.

Ewan Andrew, Diageo chief sustainability officer, said: “We are committed to a decade of action to create grain‐to‐glass sustainability in our business, and I am delighted that Johnnie Walker is leading the way for Scotch whisky.” 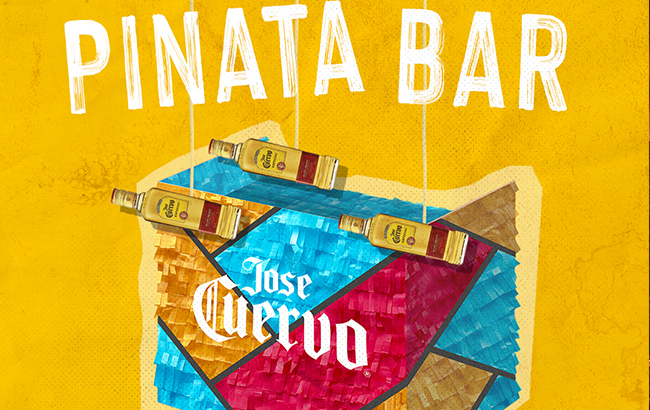 To enter the competition to win the Piñata Bar, UK drinkers were required to follow the Jose Cuervo UK Instagram page, @josecuervouk, and tag a friend that they would like to enjoy a festive cocktail with.

A winner was chosen at random and notified by social media. Through the social media competition, Jose Cuervo also highlighted its signature Margarita serve. 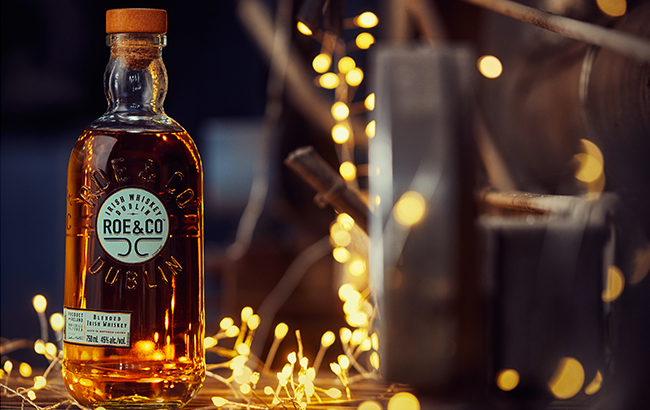 Irish whiskey Roe & Co teamed up with stout brand Guinness to create a TV spot to highlight the importance of local communities coming together.

Roe & Co, which neighbours the Guinness brewery in Dublin, Ireland, debuted the Neighbors campaign in the US on social media. The campaign consists of two spots, each of which highlight the Irish whiskey’s ties to Guinness. Both brands are owned by Diageo.

Named after Irish whiskey pioneer George Roe, Roe & Co is distilled at a site in Thomas Street in Dublin. Roe & Co is non‐chill‐filtered and is bottled at 45% ABV. The Irish whiskey can be purchased in Massachusetts, Connecticut, Rhode Island, New Jersey, New York, Maryland and Washington, DC. The brand will also launch in Illinois and Ohio this year.