The trends driving the US spirits market

The spirits category in the US is in flux, with Tequila and mezcal on the rise, low-ABV drinks and hard seltzers coming to the fore, and the industry as a whole fighting to weather the Covid-19 storm. 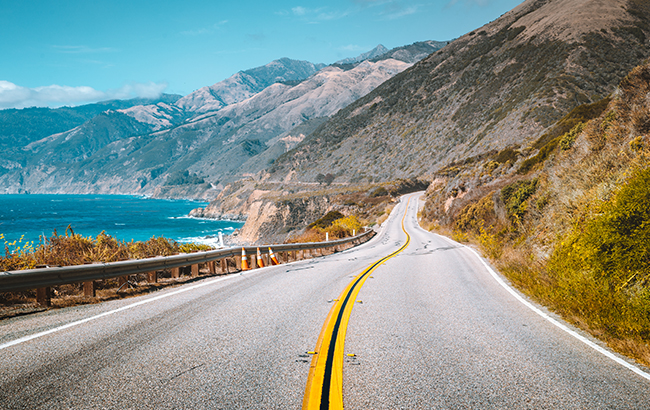 As one of the biggest markets for spirits in the world, it comes as no surprise that producers pay a lot of attention to the US, with its varied consumer base and huge cocktail scene. Last year saw drinkers stock up on Tito’s Handmade Vodka, which became the best‐selling spirit in the country in 2019, knocking Diageo’s Smirnoff vodka off the top spot for the first time in more than a decade.

Brandy Rand, chief operating officer, Americas, for IWSR Drinks Market Analysis, says the US market is “quite dynamic”, with spirits and ready‐to‐drink (RTD) products witnessing healthy growth in 2019. In the wake of the pandemic, Rand says spirits are likely to weather the storm, maintaining share and marginal growth rates. In particular, Rand singled out vodka, whisky, Tequila, mezcal, non‐alcoholic ‘spirits’, and RTDs, predominantly hard seltzers and canned cocktails, as the categories that are witnessing an accelerated growth trajectory through Covid‐19.

North America is a top priority for drinks firm Bacardi, with the market representing half of the group’s global business. Pete Carr, regional president for Bacardi North America, says the market offers a “diverse landscape that allows us to test different trends, flavours and expressions”. He says: “When you think about what someone may order in New York City versus San Francisco, Miami or Dallas, the consumer palates and preferences can be so different. This gives us a lot of space to ramp up brands in one market while focusing on smaller, niche gems in another city as we keep a close eye on what’s trending where. In general, the US plays an important role in catching longer‐term trends then making a play for global expansion.”

Carr also points to Tequila, which he says has been the “fastest‐growing category in the US for several years”. This was a “big driver” behind Bacardi’s move to acquire Patrón in 2018, allowing the firm to use its “international distribution to bring this ultra‐premium brand to markets across the globe just as a new appreciation for the category was surging in untapped markets”, Carr notes. Spirits producer Diageo has also witnessed huge success with Don Julio and Casamigos Tequila, which grew by double digits in the US in the last six months of 2019. Campari Group’s Epsolòn Tequila also witnessed huge growth in 2019, increasing by 32.4% thanks to its core US market. But Tequila’s “astonishing growth” in the US has affected the vodka category, Julka Villa, global managing director of spirits at Campari Group, says.

Tequila’s smokier cousin, mezcal, also continues to be a hit in the US. The category attracted the attention of Campari Group, which last year took a controlling stake in Montelobos, marking the firm’s entry into mezcal. Villa says the category “will be a big focus moving forward” for the firm in the US.

At the end of Bacardi’s fiscal year, which closed in March 2020 before the coronavirus lockdowns, the region “delivered its best performance in years” with all core brands and “high‐margin smaller gems” in growth compared with the previous fiscal year, says Carr. He noted that while the single malt category continues to grow, blended Scotch “continues to lag behind in the US”. However, he says the segment is witnessing a “renewed interest” during lockdown because of the nostalgia of consuming the spirit at home with family.

Meanwhile, the US is the biggest market for the world’s leading Irish whiskey brand, Pernod Ricard‐owned Jameson. Simon Fay, business acceleration director at the company’s Irish Distillers unit, says the US is the fastest‐growing market for the category globally. Jameson surpassed the eight million‐case sales mark for the first time in 2019. In the US, two million cases of Jameson were sold during a six‐month period (H2 2019) – a first for the brand. During the same time, stablemate Redbreast also grew by 27% in the US. California is Jameson’s second‐biggest market in the world, while states such as Texas and Florida also offer “great potential”.

Fay also points to the importance of the on‐trade, saying Jameson has a “great bartending community” in the US. To support the industry during the pandemic, the brand pledged US$500,000 to the charity of the United States Bartenders’ Guild, and launched an online educational platform, called Jameson Hosts.

Fay says there are “lots of plans in place” to further raise awareness of Jameson in the US. The coffee‐infused Jameson Cold Brew, which launched in the US in January 2020, will be the main focus, and will “have a fresh level of attention given to it as we move into autumn”, Fay says. The new expression offers the “opportunity to try Jameson in different ways”, such as enjoying it at lunchtime. There are also “several exciting launches in the pipeline” including at the prestige end of the portfolio, Fay adds.

Looking at American whiskey, Villa says Campari’s Wild Turkey brand will launch expressions in line with consumer trends such as “rye, higher age and proofs that bring out more flavour”. Villa says there are more premium products in the pipeline from its Wild Turkey range, and the sixth instalment in the Master’s Keep range was also recently released. The company is also set to unveil digital campaigns for both Wild Turkey and its Longbranch line extension.

In the current climate, it’s clear that brands will be leveraging their digital strategies in the US, with the market’s e‐commerce alcohol channel witnessing accelerated growth, Rand says. The spirits category is expected to increase future share of the US alcohol e‐commerce channel at the expense of wine, Rand notes. Spirits are predicted to represent 39% of US e‐commerce alcohol sales by 2024. Also, with consumers spending more time at home in recent months due to the pandemic, at‐home cocktail‐making has become a big opportunity for brands.

Bacardi’s Carr notes that coronavirus lockdowns and “a new way of life” have “accelerated many opportunities”, including e‐commerce. Through delivery service Cocktail Courier, consumers can get ingredients shipped to their homes to make a Banana Daiquiri with Bacardi rum or a Grey Goose cocktail with passionfruit “without any of the guesswork”, he says. Carr also notes that people are looking to pair cocktails with dinner at home. Meanwhile, Jameson also tapped into mixology with an at‐home cocktail kit, and has also seen sales of its larger bottle sizes, such as the 1.75‐litre format, grow.

In terms of online sales, Carr notes that the group saw the fastest growth in premium and ultra‐premium in May 2020. Carr says: “What we would have seen last year in one month of US online sales, we are now seeing in one week. And what we would have seen in one week, we are now seeing in one day. In May, Bacardi sales in our largest e‐commerce platforms grew nearly 400% higher compared with a year ago.”

Campari’s Villa says the e‐commerce and digital channels are critical, and the group plans to “increase its digital footprint in the year ahead”. She adds: “Virtual happy hours, hosted on video chat platforms such as Zoom have been very beneficial for getting our brands in front of the bartender, media and consumer segments.” Villa also says the firm is “rethinking brand building” in the off‐trade. “Brands are being called to do their part, adapting messages and communication strategies to consumers’ sentiment,” she says.

The IWSR’s Rand believes that e‐commerce has been a “real benefit to consumers and brands” as it offers convenience and new ways to engage with customers. She adds that a lot of digital moves made by brands and bars “will stay post‐Covid”.

The potential of RTDs hasn’t gone unnoticed by Bacardi, which released three rum‐based RTD cocktails in June. The RTDs – Lime and Soda, Lemon and Lemonade, and Rum Punch – are made with cane sugar and natural juices. “The demand has been so great that within weeks of launch, we already doubled our forecast for the fiscal year,” Carr says.

Campari’s Villa also points to the trend towards authenticity and natural products, boosted by the wellbeing movement. In the US on 1 August, Bacardi launched its lower‐alcohol Plume and Petal range, which is bottled at 20% ABV. In a bid to attract health‐conscious consumers, Constellation Brands released zero‐sugar flavoured series Svedka Pure Infusions this year, while Diageo unveiled its lower‐ABV Smirnoff Zero Sugar Infusions range in the US in 2019.

For Bacardi, the biggest challenge for the coming months is the recovery of the on‐trade amid the crisis. “Globally, the on‐trade accounts for 25% of our business, and despite the growth via e‐commerce and off‐trade, we are feeling an impact,” says Carr.

“We have been working at helping bar teams figure out solutions for to‐go cocktails and also thinking through what a reopening looks like, from seating, to QR‐code menus, to figuring out which cocktails will be top sellers in their markets. Having the on‐trade reopen is by far the biggest challenge our entire industry is facing and will continue facing for the coming months.”