In our annual tasting the judges were filled with wonderment at what can be discovered in global travel retail. These were the products that scored the top medals. 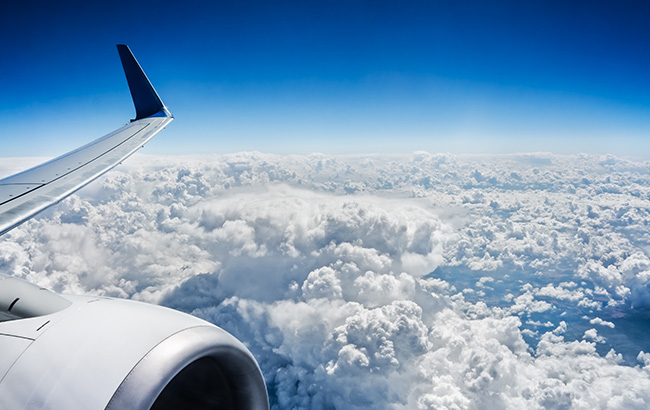 The regular hustle and bustle of airports may be absent at present, but there is still a treasure trove of top‐quality spirits to be discovered in duty free. From limited edition bottlings to experimental endeavours, producers continue to appreciate the huge opportunities this niche sector presents.

To determine the standard of products available in global travel retail, The Spirits Business hosted The Travel Retail Masters 2020 last month. The tasting was open to all spirits brands available in travel retail. Like our other recent competitions, this blind tasting took place in the judges’ homes in the UK in keeping with physical distancing measures. The entrants were once again packed and shipped by Wine Sorted to guarantee total anonymity during the tasting.

The competition was chaired by me, Melita Kiely, editor of The Spirits Business, and I was joined on Skype on the first day by David T Smith, spirits writer and founder of the Craft Distilling Expo, and for the second day of tastings by Bernadette Pamplin, spirits writer and judge.

ELEGANT AND EASY TO SIP

Smith and I started with a flight of vodkas available in travel, and stumbled across two Master medallists. The first was awarded to MV Group Production Lithuanian Vodka Original, which Smith thought was “simple, elegant and easy to sip”.

A second Master was bestowed upon Royal Mash, praised for its “dark roasted grain notes, rye bread and little citrus”. Oslo Håndverksdestilleri also walked away with a Gold for its Norwegian Wood vodka, while Tovaritch Spirits International picked up a Gold for its flagship Tovaritch! bottling.

“I’m a big fan of travel retail,” enthused Smith. “These tasted like so much care and attention has been given to products in travel retail. It’s really nice to see people who like vodka being catered for in this part of the market.”

As we moved onto Gin, another medal was awarded to Oslo Håndverksdestilleri, this time a Master for Vidda Tørr Gin. Smith described aromas of “citrus on the nose” leading to an “oily texture and a little sweetness” on the palate. “It was full of meadowsweet,” he added. “The first thing is immediately in the glass there is so much intensity coming through, floral, spicy, cinnamon, vanilla, it’s very complex. The texture is smooth, then you get more of that floral taste, some spice, then it builds to pine, cedar and juniper towards the end – so you know it’s still gin. The big flash of intensity catches your attention, like a showcase gin, which I think you want from a travel retail gin, but it still shows what gin should be.”

In the World Whisky flight, a highly deserved Gold medal was awarded to Bulgarian blended whisky Black Ram, which was described as “soft, with a touch of oatmeal cookies, golden syrup”. Smith said: “This was smooth and complex with a little residual smoke. It’s a solid whisky.” 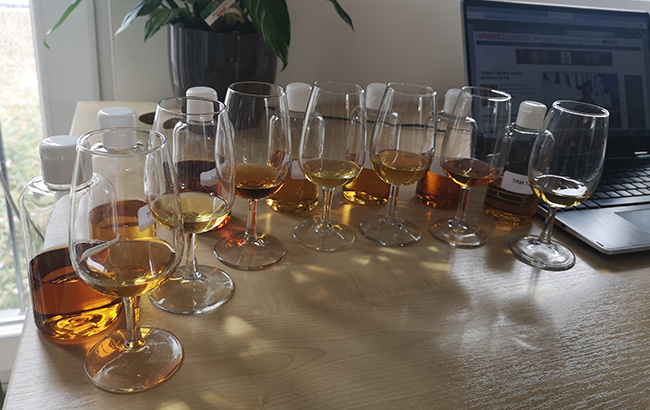 A large flight of Scotch whiskies brought an impressive Master medal haul with it – five, to be exact. The Glenmorangie Company took home a Master for Glenmorangie Grand Vintage 1995 with its “rich fruity nose, a little Sherry” and “plump fruity flavours, some oat and golden syrup”. Littlemill Vintage 1992 also secured the top award for flavours of “candied ginger, raisins, stewed apples and a hint of dark chocolate”.

Glen Scotia Vintage 1991 also picked up a Master, hailed for being “very elegant” with “raisin sweetness, cherries and a gentle, mellow smoke”. Douglas Laing’s Big Peat Global Travellers’ Exclusive was also deemed Master‐worthy, presenting notes of “smoked cheese and smoky bacon – powerful but balanced by some dark chocolate notes”. Completing the Master run in this flight was another Douglas Laing bottling: Scallywag Global Travellers’ Exclusive. This was described as “so complex. Rich, juicy with raisins and cherries and toasted almonds – sublime.”

“When it comes to Scotch in travel retail, there are some things that are all‐round people pleasers; whatever you like with Scotch, you’ll enjoy those,” noted Smith. “But it’s also the place to get geeky, esoteric and more focused on the type of Scotch you like, and discover Scotch you may not discover in the mainstream.”

Six Gold medals were also awarded in this flight, along with two Silvers. Smith said: “There was a really nice mix of people pleasers and more unusual whiskies for people who want something a little different. Travel retail is not the place where average products get buried, that’s for sure.”

Pamplin and I partnered to sample a flight of Tequila, and discovered a Master medallist in the form of Corralejo Añejo Tequila. Pamplin found this to be “subtle on the nose, but with really lovely flavour on the palate”. Tasting notes included a “surge of aniseed/ absinthe vibes, menthol, wormwood bitterness. Complex, lovely and interesting”. 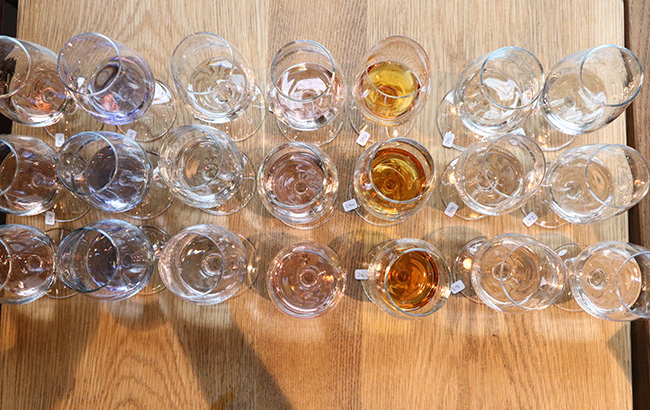 “I always get excited about travel retail because it has to be something a bit special, so the drive for that is showing some great quality and creativity behind that,” Pamplin said. “This flight has absolutely delivered, it had a good selection and range, and the producers were really going out there to show what Tequila can do.”

As we moved from Tequila to Rum, a Gold medal was handed to Ron Prohibido 15, with its “beautiful nose, some complexities, vanilla Bourbon sweetness on the finish and coffee”. Ron Prohibido 12 received a Silver medal in this flight – “this is rum is Coffee Crème throughout”, enthused Pamplin, while also noting a touch of marzipan on the finish.

Smith and I completed our blind tasting with a round of Liqueurs, and found our final Master medallist of the first day: Coole Swan from Ireland. The judges said it was “rich, creamy and decadent, with hints of strawberry and white chocolate”. Smith also noted the cream liqueur had good alcohol integration and “great texture”. There was also a Gold medal for Lithuanian liqueur The Nines Sweet, said to “balance sweetness, cinnamon and clove” on the palate.

Once all the products had been assessed, all three judges took to the extremely enjoyable task of retasting all the Master medallists to determine the 2020 Travel Retail Taste Master. The decision was an extremely hard one to come to as the judges felt equally excited about two winners. But while there was no denying the highly commendable quality of Vidda Tørr Gin, it was agreed the 2020 Travel Retail Taste Master title should go to Glenmorangie Grand Vintage 1995.

Smith concluded: “The overall standard is incredibly high in travel retail, both in terms of variety and the desire to want to try something different. Even if you’re just getting to know a spirit category, going and looking at some travel retail products can broaden your horizons, and it is definitely worth adding an hour to your time at the airport – when we can fly again – so you can check it out properly. There is so much great stuff to discover here.”

Click through to the following page to see the full set of results from The Travel Retail Masters 2020.