Rare whiskies can fetch a fortune and recent years have seen auction hammers come down on numerous million-pound sales. We recall some of the most memorable record-breaking bottles that sold on the secondary market.

The demand for rare whiskies at auction in 2019 is a tale of two halves, according to Rare Whisky 101 (RW101). In RW101’s Rare Whisky Report 2019, the first half of the year saw “vast supply on the auction market. In our opinion, oversupply.” By the latter half of the year, RW101 said supplies remained high, “but consistent”, allowing demand to catch up and “ultimately exceed supply”.

The Macallan Scotch whisky has made a global name for itself at auction, setting numerous world records and then beating its own achievements. According to RW101’s report, The Macallan had the greatest market share of volume last year, measured according to each distillery’s percentage of market share on the number of bottles sold at auction in the UK over the course of 2019.

But auction houses have also reported record-breaking success in Asia and the US, and it’s not just Scotch setting the bar high. Japanese whisky continues to be an increasingly sought-after product, and we’ve even seen newer releases from Irish whiskey producers set their own records.

Read on to find out more about some of the most notable record-breaking whisky auctions. 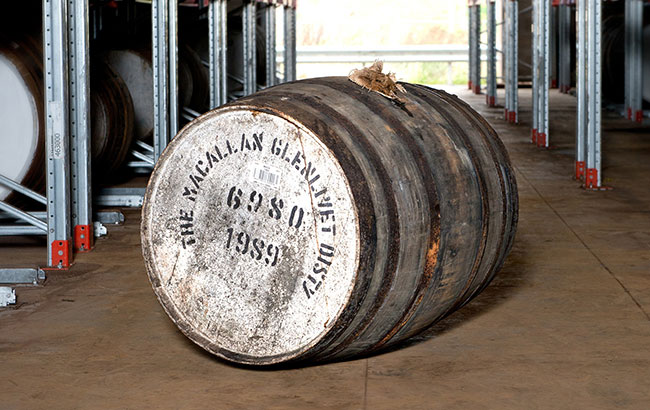 Renowned for its record-breaking powers at auction, The Macallan added another world-record title to its growing list of achievements after a 30-year-old Sherry hogshead sold for UK$4.5 million (around US$572,000 at the time) during a Bonhams Hong Kong sale. Pre-sale estimates expected the cask to sell for between UK$3.6m-HK$4.6m (US$460,000-US$588,000).

The liquid inside the cask was distilled in 1989 and the buyer had permission to store the cask at The Macallan distillery for as long as they wished, or they could decant it into 261 bottles.

Japanese whisky is a highly sought after commodity on both primary and secondary markets. Last year, Bonhams Hong Kong set a new world auction record for a Japanese whisky collection after Hanyu Ichiro’s Full Card Series was snapped up for HK$7.19 million (US$917,000).

The collection comprises 54 bottles, each representing a playing card in a deck of cards. The whiskies were all bottled from a single cask dating from 1985 to 2014.

The Hanyu distillery was established in 1941 by Isouji Akuto, a 19th generation descendent in a line of saké brewers. It has been silent since 2000. 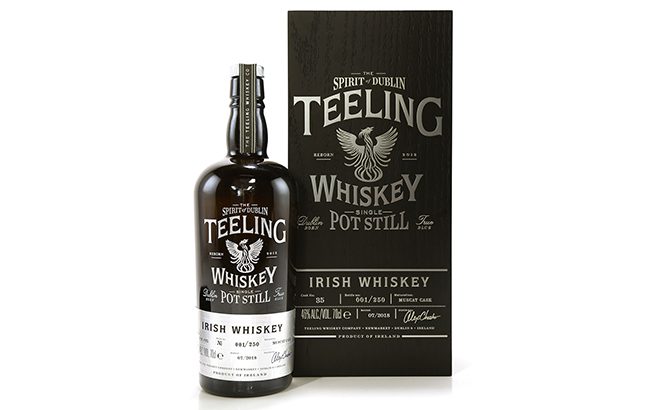 When Teeling Distillery released its first single pot still Irish whiskey back in 2018, the first bottle set a new record for the most expensive whisk(e)y from a new distillery after fetching £10,000 (US$12,992) at auction.

Teeling Single Pot Still is made from a recipe of 50% unmalted barley and 50% malted barley. Distilled in 2015, the liquid was aged for more than three years in ex-Muscat wine casks.

However, Teeling’s record sale has since been beaten, as we’ll reveal… 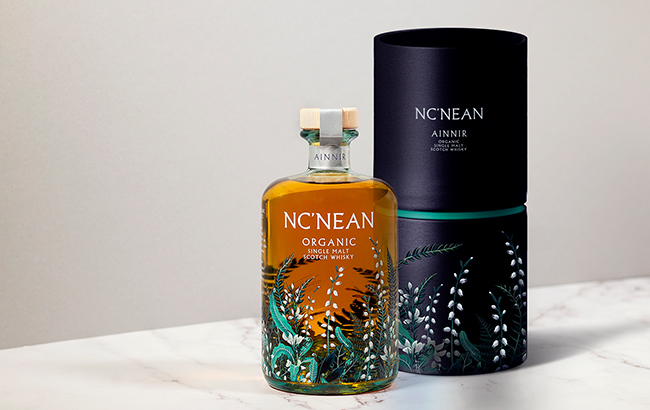 Not all record-breaking auctions come from old and rare bottlings. Just last month, Highland distillery Nc’nean broke the previous world record for a first bottle from a new distillery to be sold at auction.

The sale of bottle number one of Ainnir quadrupled the previous record (held by Teeling) when it sold for £41,004 (US$54,183) during an online charity auction via Whisky Auctioneer.

Bottled at natural cask strength (60.3% ABV), the no-age-statement whisky is made from organic Scottish barley and is matured in a combination of five casks. Only 1,320 bottles of the inaugural single malt were created. 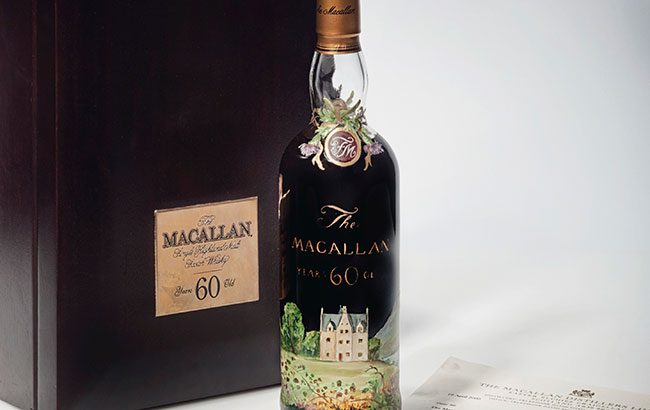 Of the 40 bottlings, 12 were given to artist Peter Blake to design and another 12 were handed to artist Valerio Adami. One bottle was given to Irish artist Michael Dillon, who hand-painted the bottle design.

Dillon’s bottle became the first whisky to sell for more than £1 million (US$1.5m) when it went under the hammer at Christie’s in London, in November 2018. 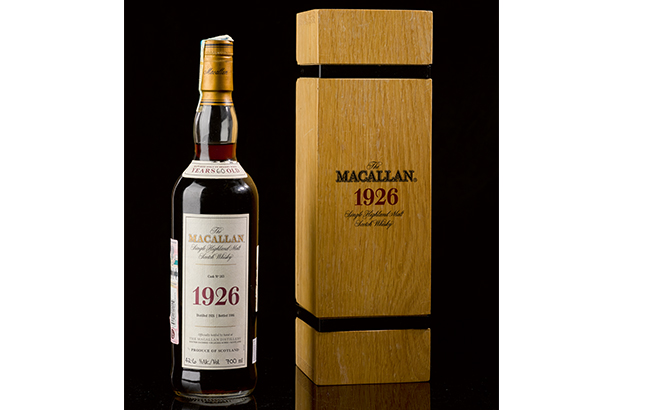 Almost a year later in October 2019, The Macallan once again broke its own auction record when a bottle of The Macallan Fine & Rare 60 Years Old 1926 was sold during a Sotheby’s auction.

However, the bottle smashed its pre-auction estimate and set a new record for the most expensive whisky at auction with a closing sale price of £1.5m (US$1.9m).

Back in June, Suntory released a 55-year-old single malt whisky through a customer lottery system, meaning only customers in Japan were eligible to buy it.

The Yamazaki 55 Years Old (46% ABV) was distilled in the 1960s and matured in a Japanese mizunara oak cask in 1960 before being transferred into a white oak cask in 1964. Only 100 bottles were created. 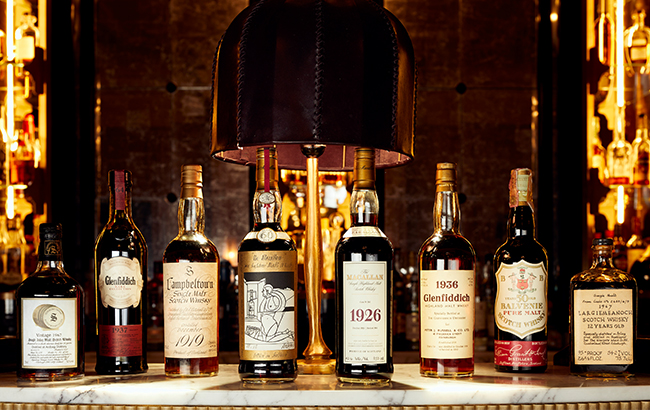 In February this year, the first part of the ‘world’s largest’ private whisky collection to be offered at auction sold for an astonishing US$4.2 million. The sale included a new record for the highly coveted Macallan 1926 Valerio Adami 60 Years Old, which sold for US$1,072,000, breaking the previous record of US$912,000.

‘The Perfect Collection’ had been accrued by the late American private collection Richard Gooding, and was sold by Perth-based Whisky Auctioneer. The collection, which contained more than 3,900 bottles of mostly single malt Scotch, was split into two separate auctions.

In April, the second part of the whisky sale had to be postponed due to a cyber attack. Rare bottles due to be sold in this part of the auction included a Glenfiddich 1937 Rare Collection 64 Years Old and The Balvenie 1937 Pure Malt 50 Years Old. 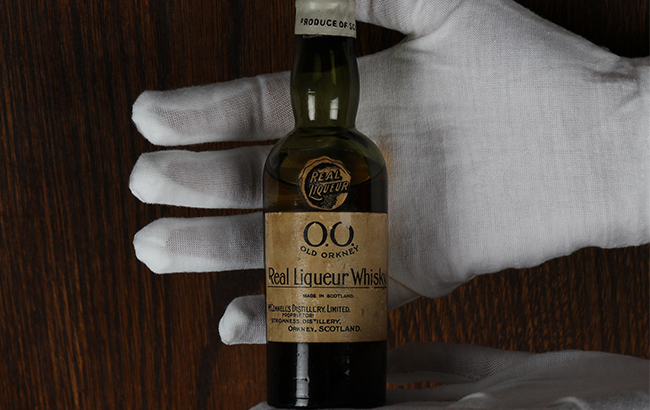 It’s not just full-sized bottles that whisky fans seek out at auctions; miniature variants can be equally as popular. Last year, a bottle of Old Orkney Real Liqueur Whisky was thought to have set a new record for the most expensive miniature sold at auction.

Bottled in the 1920s or 1930s, the Old Orkney Real Liqueur Whisky was produced at the silent Stromness Distillery in the south-western part of Orkney in Scotland.

Auction house Christie’s wrapped up 2018 with a stellar line-up of rare American whiskies and Scotch bottlings dating back to pre-Prohibition times.

Held in New York, the auction included a collection of 100-year-old pre-Prohibition whiskey belonging to banker Jean-Baptiste Leonis. The 40 cases of unopened bonded whiskey, distilled as early as 1914, were discovered in 2017 on the west coast of the US in secret vaults built by Leonis in the early 1920s. The bank vaults, sealed with a combination lock, were built behind bookcases.