How important is a GI for Barbados rum?

Barbados has the potential to become a real powerhouse in rum – and a recognised geographical indication could take it to the next level. But so far distillers are struggling to see eye to eye. 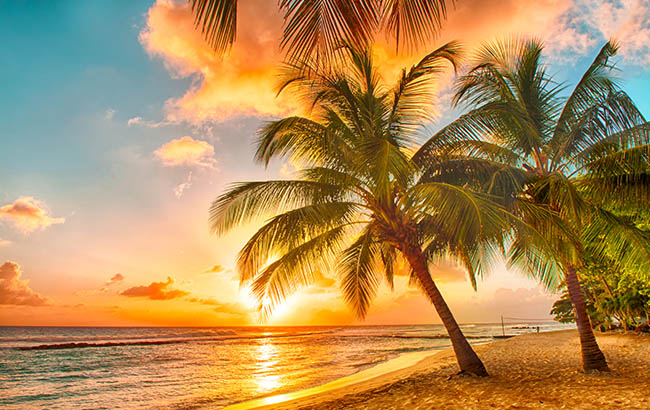 *This feature was originally published in the March 2020 issue of The Spirits Business.

Barbados evokes images of deep blue seas, sun‐kissed sandy shores and palm tree‐lined pavements. But this idyllic scene is currently the backdrop for an ongoing disagreement between the island’s rum producers. Last December, the recurring issue of a geographical indication (GI) for Barbados rum hit the headlines. There are four distilleries on the island: the West Indies Rum Distillery (WIRD), Mount Gay, Foursquare and Saint Nicholas Abbey. While all four parties agree that a GI is imperative to safeguard the future of Barbados rum, the groups have so far failed to reach a solution to have the GI legally approved.

The Barbados government asked the Barbados Investment and Development Corporation to collate each distiller’s view on the GI and outline a common proposal. However, the government said it would not give its approval until all producers could agree on the terms and conditions of the GI. Three of the four distillers – Mount Gay, Foursquare and Saint Nicholas Abbey – have collectively agreed a GI for Barbados rum, as prepared by the Barbados Investment and Development Corporation in consultation with its legal counsel. WIRD, however, is not entirely happy with the current proposal.

Mount Gay, Foursquare and Saint Nicholas Abbey have all insisted the proposed GI “gives ample room for innovation”. It requires Barbados rum to be fully matured on the island, but imposes no restrictions on the type of stills that can be used to make Barbados rum, and allows both long and short fermentations.

Furthermore, under the proposed GI, distillers would be able to use fresh juice, syrup or molasses to make rum. Any yeast strain would also be permitted, but non‐saccharomyces strains must be native, and only Barbados water should be used. In terms of maturation, producers would have to use new oak or refill casks from a list of recognised wine and spirits denominations to age Barbados rum. Age statements would have to refer to the youngest spirit used, and vats would not be acceptable for age statements. The addition of sugar syrup or flavourings would be outlawed, but caramel colouring “under strict guidelines” would be acceptable for consistency.

“The GI is really something designed to help define what the framework of operation at a distillery is, and what makes Barbados rum,” says Raphael Grisoni, managing director at Mount Gay. “It’s also an opportunity for all producers of the island to promote this Barbados GI and let consumers know what makes Barbados rum different from rums made on other islands. It’s a mechanism of protection.”

However, there are still one or two sticking points for WIRD, which is calling for more flexibility within the GI regulations than is being proposed. While the distillery approves of certain points, such as “mandatory tropical ageing” in Barbados for at least one year, it claims the “historical practice” of ‘double‐ageing’, which involves a secondary maturation period in another country, “must also be preserved” – provided brands are transparent about this.

Mount Gay’s Grisoni compares this with the Scotch whisky industry: “If you asked a Scotsman tomorrow, I don’t think he would accept Scotch whisky aged in Poland – I don’t think anybody would. For us, origin is very important, and I think it needs to be kept in the country the rum is produced in.”

Additional points of contention include only using oak casks for maturation, which WIRD said “does not make historical sense and limits rum‐making to its recent practices”. Instead, WIRD wants the option to use “every type of food‐grade wood”.

Andrew Hassell, managing director, WIRD, Don Ben, master distiller and operations manager at WIRD, and Alexandre Gabriel, owner and master blender of Maison Ferrand and WIRD, have clearly stated their views on the matter in joint comments to The Spirits Business. “At WIRD, we feel strongly that a GI should strengthen Barbados rum and should allow all Barbados rum producers to honour their heritage and continue to do what they know and enjoy doing,” the WIRD group says. “For us, this is important for the quality of rum as well as for its character and style. The last thing we should have is a rum that is standardised and tastes all the same. It is important that the GI is not to be used as a competitive tool by one interested party over another.”

Richard Seale, proprietor of Foursquare Distillery, accuses the WIRD of “doing their best to derail” completion of the GI proposal. “It is long overdue that Barbados rum is protected in global markets, and the tool to do that is a GI,” says Seale. “At the moment, the consumer can buy a Barbados rum based on our reputation but end up with a substandard product because it has been adulterated with sugar.” He adds economic risks that come in the absence of a GI as well, highlighting that the consumer has no way to distinguish between a Barbados rum aged and bottled in Europe, and a Barbados rum aged and bottled in Barbados.

“Both are being sold using the intellectual property attached to Barbados rum, but only in the latter case is the full economic value accruing to Barbados,” Seale adds. “Small developing countries are hardly in the position to lose this value. When you consider that the islands have been exploited economically for nearly 400 years, it makes the current situation all the more absurd.”

All four parties met once again last month to try to resolve the situation – but to no avail. “The producers have met, in accordance with the wishes of the government,” the WIRD team says. “Points of agreement were reached, while some points are still in discussion. Our objective is to move towards a GI that recognises all the traditions and know‐how of Barbados rum, including the one of WIRD, which has been making rum for almost 130 years. We therefore continue to exchange and work to honour the heritage of Barbados rum.”

It’s worth noting that rum from Barbados is not entirely without regulations. The West Indies Rum and Spirits Producers’ Association is an ‘association of associations’ that represents distillers associations from the ACP (African, Caribbean and Pacific). The Caribbean community (Caricom) rum standard was established in 1991, and applies to 14 independent members of the Caricom. The standard was jointly agreed by the Caricom governments as a means to offer a “national standard” for each member country.

While Jamaica has an approved GI, and therefore its own standards to meet, for example, the Caricom standard has been widely adopted across the region.

“The Barbados rum standards, which are still in place, now derive from this document, [the Caricom rum standard],” says WIRD. “All three producers agree on three key characteristics that are part of this old standard and which constitute the essence of the identity of Barbados rum. There is an old and strong belief that the greater part of the identity, style and taste of a rum is created by three major elements: the nature of the raw material it is made from, as well as by the fermentation and distillation process.”

WIRD explains that as a result, Barbados rum is exclusively made from cane molasses or juice and can only use cane materials for the production of rum. “It imposes mandatory fermentation and distillation on the island,” it continues. “Importantly, the Barbados rum standard states that the age declared on a bottle of rum is the minimum age of the rum in the blend.”

But the distillery acknowledges that the Barbados rum standard “needs to be updated”. “For instance, we are firmly against the use of genetically modified yeast for making Barbados rum,” WIRD says. “While this was not an issue in yesteryear (GMO yeast did not exist), we need to collectively address this issue. This is the reason why we are engaged in discussions with other Barbados producers and the Barbados government, so as to shape a Barbados GI that would do right for Barbados rum.”

Barbados is not the only rum‐making region caught up in GI struggles. The wider category has faced a long‐running discussion about tighter regulations for years – and there seems to be consensus around the globe for more regulations. “I do think there should be some regulation because, at the end of the day, consumers want to know more, and if there are regulations, it’ll help them have more trust in the rums they consume,” says Tine Van Nevel, European brand director, Bacardi rum. “So more regulation would be good for the category.”

Colombian rum brand La Hechicera also sees positive outcomes for greater governing of the rum category – and stresses the importance of transparency when it comes to GI recognition. Miguel Riascos, La Hechicera managing director and co‐founder, says brands should be held accountable for being honest about where their spirits are made.

“For consumers, this is important because they are looking for brands with provenance,” Riascos says. “If there is dishonesty around country of origin, this can cause additional confusion in the rum category. Consumers are already unclear about additives and age statements, and this is something we want to work to correct with our trade partners.” However, he adds: “While country of origin is important, as an industry we need to be careful not to give too much importance to it when it comes to the quality of the product. Origin is not a guarantee of quality.”

For Havana Club’s global marketing director, Nick Blacknell, while regulations can bring huge benefits, he cautions against over‐regulating to the point where it affects innovation. “I think the two sometimes conflict,” he says. “There’s a balancing act, a kind of tension, if you like. On one hand it’s true that it makes perfect sense for nations to define rum‐making rules, but on the other hand we don’t want it to be so strict they curtail innovation and prevent new styles of rum from emerging.”

All four Bajan rum distilleries agree on this point – but it may still be some time until a unanimous agreement is reached for a Barbados rum GI. Until a consensus is met, it will be up to producers to ensure high standards continue and to communicate their wares to consumers as clearly and effectively as possible.