While the global spirits sector in 2019 had its fair share of challenges to overcome, such as Brexit and tariff wars, the global coronavirus pandemic of 2020 means the industry is facing a period of deep uncertainty. 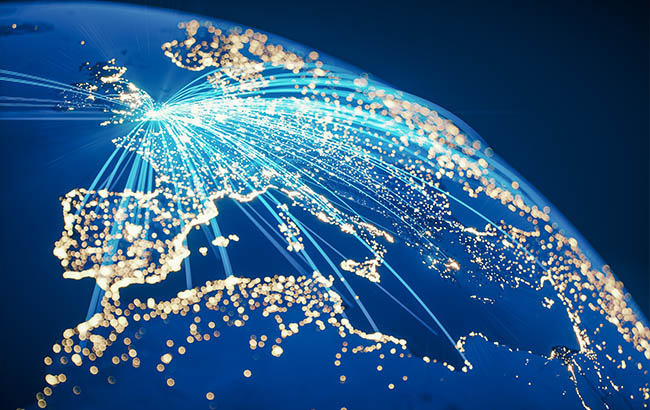 Do you remember 2019? Covid‐19 has taken over the world on such an unprecedented scale that it’s almost hard to fathom a time before lockdowns, physical distancing and Zoom meetings. The distilled spirits sector faced many challenges and triumphs last year, which levelled out into a “static” 2019, as Spiros Malandrakis, industry manager – alcoholic drinks, Euromonitor International, describes it. Total spirits volumes were flat, slipping slightly by 0.4% in 2019. The “primary culprit”, says Malandrakis, was the Asia Pacific region, which was adversely affected by the Hong Kong protests. Volumes were also impacted by a slowdown in Western Europe, while the financial crisis in Argentina worsened, he adds.

However, there were two main topics that dominated headlines in 2019: Brexit and trade wars. The UK’s departure from the European Union (EU) was cemented at the end of January this year, with a transition period currently in place until the end of 2020. As such, its effect on the global spirits industry has so far been minimal – unlike the international trade wars.

It all started when US president Donald Trump introduced tariffs on aluminium and steel imports in 2018, sparking retaliatory duties from affected nations. A long‐running feud with the EU over subsidies for aeroplane manufacturers Airbus and Boeing ignited additional tariff disputes. Single malt Scotch, single malt Irish whiskey and American whiskey have been just a few of the casualties that have been hit by the various tariff hikes.

“Trade wars had a very significant impact on spirits,” says Malandrakis, “especially for smaller‐scale distillers who’ve seen a mass slowdown, for example with Bourbon in Europe.” The Distilled Spirits Council of the US (Discus) reported US spirits exports fell by 14.3% to US$1.5 billion in 2019, with exports to the EU down by more than a quarter (27%) because of retaliatory tariffs on American whiskey. Despite the challenges caused by additional tariffs, total whisky volumes were healthy in 2019, rising by 4%.

Looking further afield in the brown spirits sector, Tequila and mezcal volumes continued to grow at speed to reach 39.2 million nine‐litre cases in 2019 – a 6.6% jump from 2018. Brandy and Cognac saw a minor uplift in volumes last year, rising by 0.7%.

White spirits reported modest growth of 2% in 2019, but gin demonstrated that any talk of category fatigue has come prematurely. Gin volumes soared by 12% last year – but Malandrakis believes the category is on the cusp of change.

“I don’t expect many more gin brands to be launched and I don’t expect all gin brands to survive,” he explains. “That ties into the current situation as well,” he notes, referring to the Covid‐19 pandemic. “The ones that do make it will have to differentiate themselves from the bulk of products out there – there are far too many for us to consume.”

Vodka, on the other hand, again struggled to keep up with gin’s growth, reporting a slight dip in volumes last year of 0.4%. One brand that is evidently flourishing in vodka is Tito’s Handmade Vodka, which does not disclose its figures. The brand did, however, become the biggest‐selling spirit in the US in 2019, with a 20% volume surge that knocked Diageo’s Smirnoff off the top spot for the first time in more than a decade, according to the IWSR US Beverage Alcohol Review.

The outlook for the world’s biggest‐selling spirits brands, however, has never been more uncertain than it is today because of the pandemic. Trends that have been gaining traction for several years, or decades, are likely to experience a complete U‐turn, while other channels are rapidly accelerating. The big players look well set to be best positioned to weather the Covid‐19 storm, while smaller, ‘craft’ players will “be the first and major casualty”, Malandrakis says.

“The infinite narrative of premiumisation is over as well,” Malandrakis says. “It doesn’t mean premium products are obsolete – far from it – but this constant move up in price point, constant aspirational consumption that has driven the alcohol industry for the past 20 years is pretty much dead in the water. That should not be translated as there’s no space for premium, but this one‐way road of trading up will change to trading across.” He gives the example of a single malt whisky drinker moving to premium rum. “It is still a premium product, but it is at a lower price point,” he adds.

Furthermore, Malandrakis expects a polarisation of consumption habits, with momentum building for super‐premium and economy products, “squeezing everything else in the middle”. Consumers are also likely to shop nostalgically, embracing brands they know and trust rather than seeking out new, local or unique offerings, as trends lately have suggested. “For some trends, though, it will not be a U‐turn on what we’ve been seeing over past years,” Malandrakis continues. “Online retailing, for example, is accelerating. The alcohol industry was the least advanced in online sales and now it is rapidly growing.”